Transylvania conjures up images of haunted castles, gothic churches and vampires. Where better to spend time around Halloween than in the 12th-century town of Sighisoara, the birthplace of Count Dracula? Things are about to get medi-evil. Break out your scariest costumes for a spooky Halloween party in Cluj Napoca, the former capital of the historical principality of Transylvania. Protect yourself against devils and demons with a visit to the Turda Salt Mines, a fascinating museum showcasing the history of salt in the region complete with an underground amusement park. Delve into the communist past and the thriving, artistic present-day vibe of Bucharest, a city often underrated by travellers. The grand architecture of the 1980’s Palace of the Parliament is particularly awe-inspiring

Even without its bloodcurdling myths of Dracula, werewolves, haunted castles and gypsy curses, Romania is an atmospheric destination. And no more so on the spooky holiday of Halloween. Let us introduce you to the beauty of ancient Bucharest, the haunting beauty and mythology of Sighisoara, and spooky Bran Castle (aka Dracula’s castle) in Brasov. For a spine-tingling adventure this Halloween, don’t look past this adventure in Transylvania. Mwahahaha. 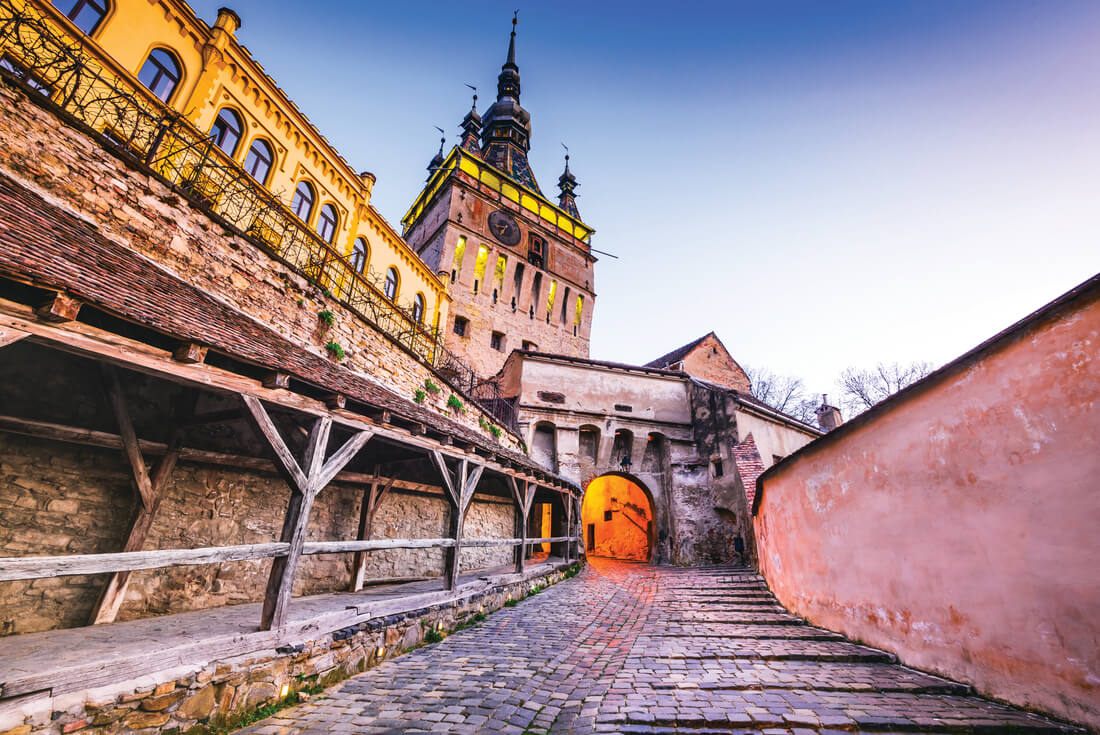 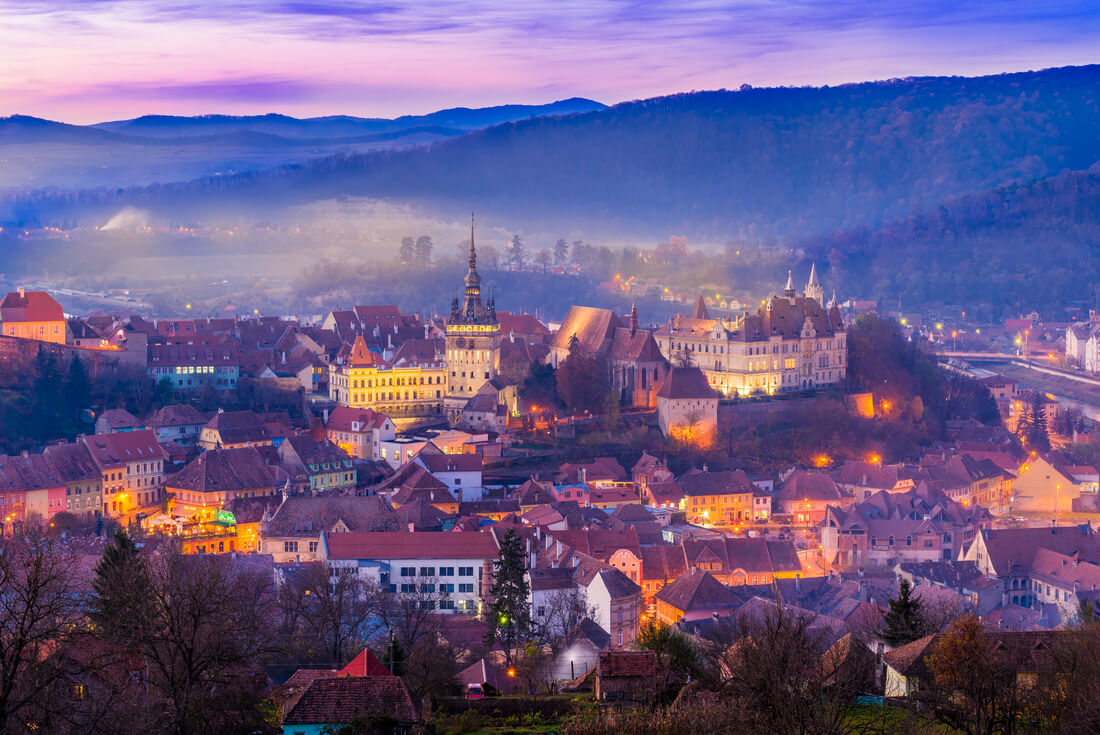 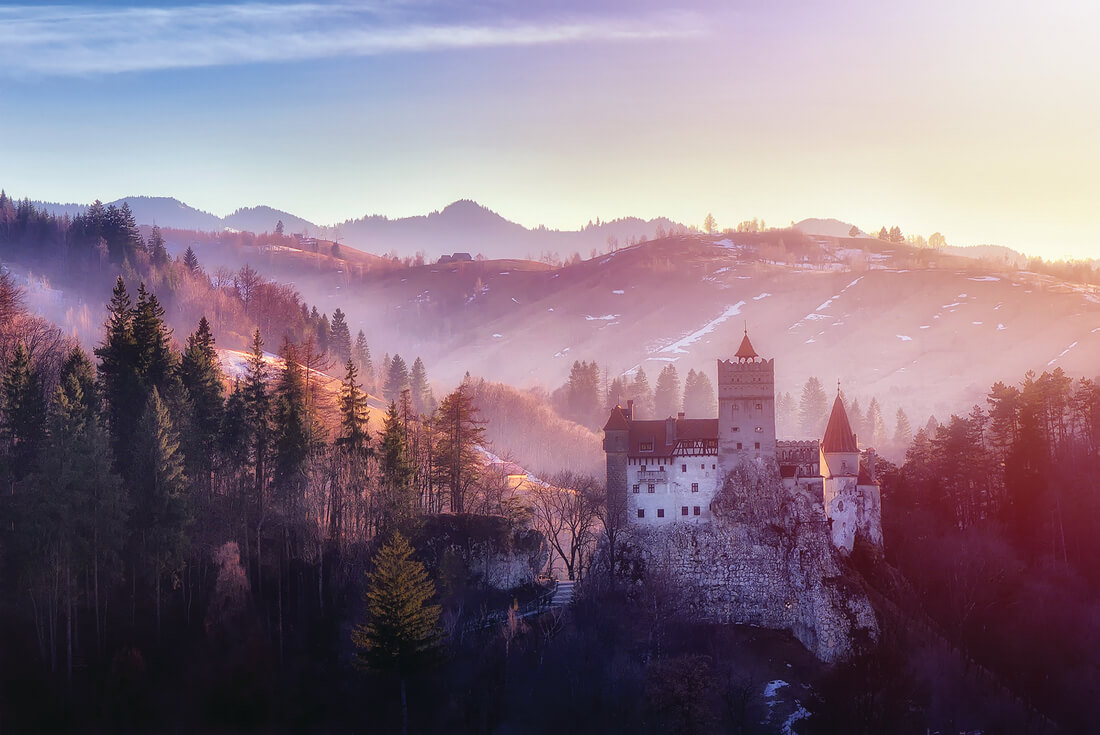 Bună Ziua! Welcome to Cluj Napoca, the unofficial capital of Romania’s Transylvania region. After your evening welcome meeting, you might like to explore the 2000-year-old city, hit up the famous Piezisa Street for a drink, or head out for dinner with your group to get a taste of Romania’s unique cuisine.

In the morning, visit the Turda Salt Mines, a former salt mine converted into an underground amusement park, complete with ferries wheel. You can even hire a row boat and play bowling. There is also a fascinating museum showcasing the history of salt mining in the region. Salt is a common protective tool against all sorts of evil beings; legend has it that if you pour an unbroken line of salt across the entranceways to your house, vampires and demons won’t be able to get in. After your salt mine visit, return to Cluj for a city tour with a local guide. The remainder of the day is yours to explore. In the evening, dress up for a spooky Halloween party with your group.

Travel by train through pastoral fields and untouched Saxon towns to the 12th-century town of Sighisoara (approximately 3.5 hours). Medieval Sighisoara is likely to seduce visitors more than any other place in Romania. The town is famed as the birthplace of Vlad Dracul III, better known as Vlad the Impaler, the ruler of Walachia province from 1456 to 1462 and whose name was the inspiration for Bram Stoker’s iconic Count Dracula. Walking through the town is like taking a trip back in time to the medieval age, and it’s easy to image streets crowded with vampires, evil counts, wolves, peasants riding through the untamed countryside on horse-drawn carts and crooked old men doddering along the narrow streets. Head out with your leader for a quick orientation walk, then spend the rest of your day exploring in your own time.

After a free morning in Sighisoara, travel to Viscri, less than an hour away (but it’ll feel like you’re entering another world). The small Transylvanian village of Viscri was originally inhabited by Saxons from the Luxembourg area, and the whole scene is picture-postcard rural. This idyllic village of red tiled roofs is a World Heritage site, virtually unchanged for 900 years. After a home cooked lunch at the house of a local family you’ll visit the town's fortified church (thought to be the oldest in Transylvania), and learn about the Sock Project, which supports the local Roma community. Continue on to the 13th-century city of Brasov in the afternoon. Also known by its German name of Kronstadt, this town flanked by mountains and city walls was once a major medieval trading centre.

No trip to Romania would be complete without a visit to the famous Bran Castle. The castle was built by the Saxons in 1382 to defend the Bran pass against the invading Turks. With its fairy-tale turrets and whitewashed walls, it's far from menacing and spooky, but is undeniably impressive, perched on a high cliff top and surrounded by pine trees. Afterwards, return to Brasov and enjoy a guided walk around town, checking out the ornate churches, townhouses, old city walls, and squares surrounded by gingerbread-roofed merchants' houses. Visit Brasov's main attraction, the gothic Black Church (Biserica Neagra), which took its name from its blackened appearance after a fire in 1689.

This morning, travel by train to Bucharest. Often called the 'Little Paris of the Balkans', Romania's capital is known for its Belle Epoch architecture, thumping nightlife and communist sites. Meet your local guide for a private tour of the city, starting with the recently restored old town of Bucharest, then some of the more significant sites of the revolution of 1989, which culminated in the ousting and execution of communist leader Ceausescu, and the end of Romania's 42-year communist rule. Bucharest likes big things – the tour will also stop by the huge Piata Unirii, one of Europe's largest squares, and continue on to the ‘Ceausima’, Bucharest's 12-storey Palace of Parliament. The palace is the second largest building in the world (after the Pentagon). The former dictator ordered the construction of this monster, a building of staggering scale and opulence that includes 1,100 rooms and 4,500 chandeliers.

Your Halloween tour ends today. There are no activities planned for the final day and you can depart your accommodation at any time. If you want to stay longer in Bucharest please check about additional accommodation when you make your booking.