Get your heart rate up with a hike to Rudkhan Castle and the sloped village of Masouleh in Gilan Province, discovering the natural beauty that surrounds this crumbling history.. Explore the architectural wonder of Soltanyeh Dome (Gonbad-e Soltaniyeh) in Zanjan, housing the mausoleum of Mongol ruler Il-Khan Olijaytu.. Get lost in the Grand Bazaar of Tabriz – one of the oldest bazaars in the Middle East, which forms a major commercial centre for the ancient Silk Road.. With rock carvings and engravings dating back over 20,000 years, the Gobustan National Park is rich with archaeological monuments and images of prehistoric life in the Caucasus.

Ever thought of Iran as a country of historic significance, natural beauty and cultural diversity? Wonder no longer with a nine-day Iranian adventure covering the northwest of this ancient land. Beginning in Tehran, discover the sloped village of Masouleh in Gilan Province, explore architectural wonders including the Soltanyeh Dome and Tabriz’s Blue Mosque, wander some seriously old bazaars and make your way into neighbouring Azerbaijan for a peek at its highlights. It’s proud history, ancient archaeology and traditional hospitality all wrapped into one – something that may be out of your comfort zone but is oh so fascinating to experience. 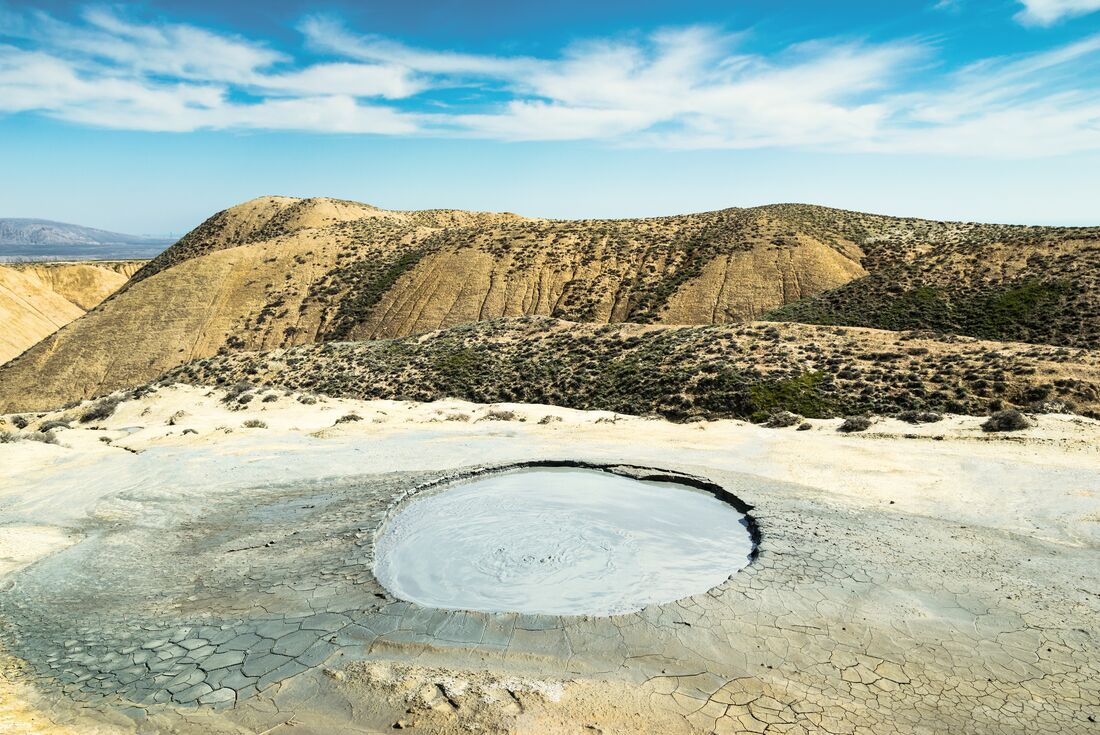 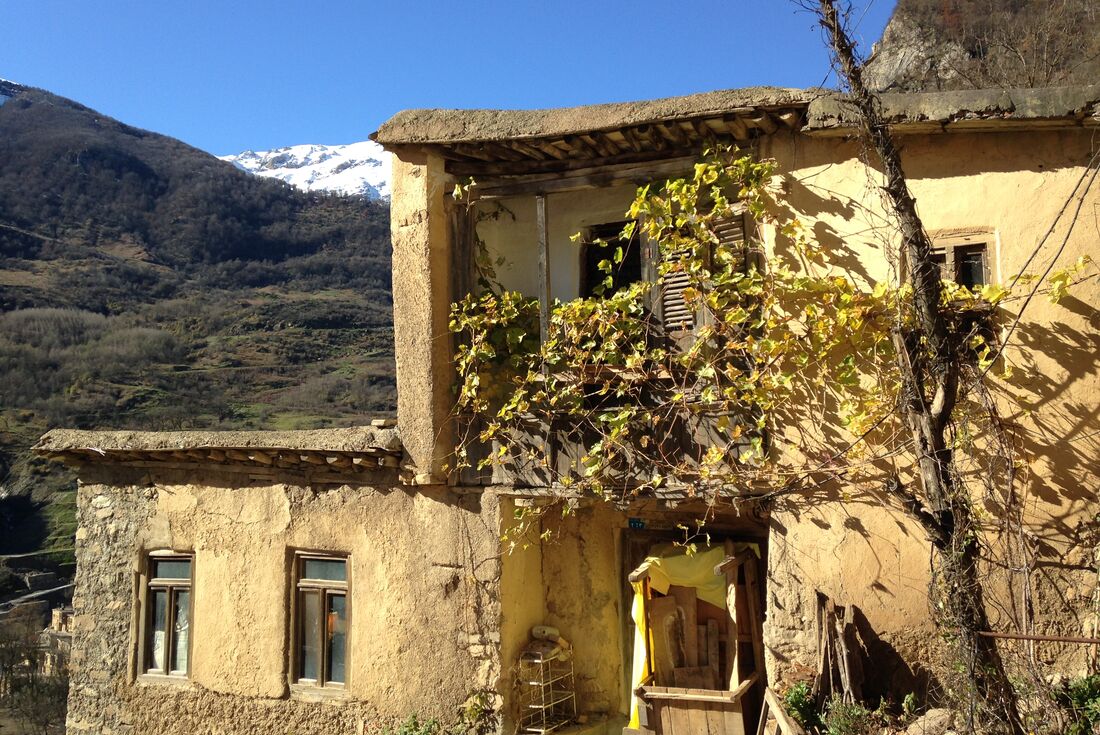 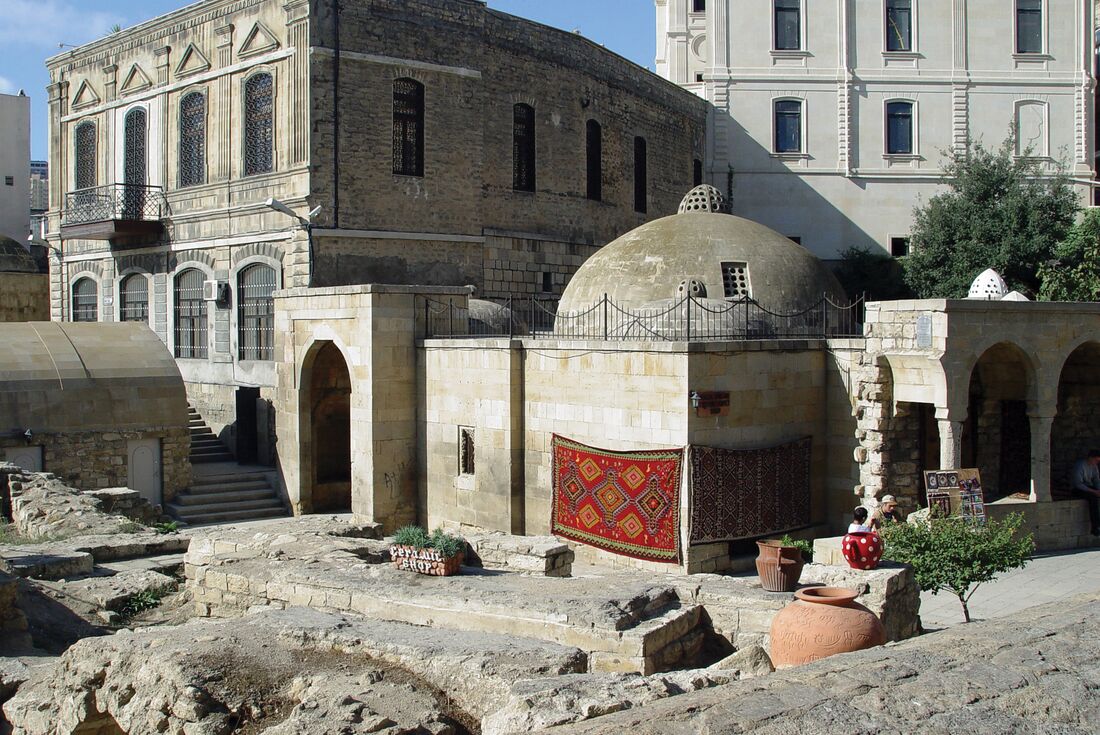 Salaam! Welcome to Iran. Home to 15 million people, Tehran is exciting, noisy and chaotic, and where the country's true national identity is found. Your adventure begins with a welcome meeting at midday (12 pm) today. Expect to see women wearing full-length chador competing for space with young girls in figure-hugging manteau and headscarves. The locals love nothing more than to chat, so prepare to be stopped to discuss anything and everything.

Depart Tehran after breakfast for the Gilan Province of Iran, where the Caspian Sea meets the Albroz Mountains. With flowing rivers and lush forests, it is certainly one of the most scenic regions in the country. Learn more about the region at the Gilan Rural Heritage Museum – located on 45 hectares, this open-air museum endeavours to represent the different cultural and architectural areas of Gilan. Enjoy a local lunch and a baking workshop with bread and koloocheh – a traditional type of cookie. In the early afternoon, arrive in Fuman, after about 4.5 hours on the road. Here, you’ll explore the Qal’eh Rudkhan, a Seljuk-era walled castle and fortress, as well as the sloped village of Masuleh. Be ready for some walking this afternoon!

This morning, head towards Zanjan, stop by the ornate Soltanyeh Dome (Gonbad-e Soltaniyeh) – a complex of ruins and a tower that houses the mausoleum of the 14th-century Mongol ruler Il-Khan Olijaytu. Marvel at one of the world’s largest domes, and the superb mosaics and murals inside. Continue on to the Zanjan Archaeology Museum, which is home to four of the Saltmen mummies, discovered over the years in the now archaeological site the Chehrabad Salt Mine. Because of the amount of salt, some of these corpses have been very well preserved (err, almost too well). Later on, head to Zanjan’s traditional bazaar, which is split into eight segments, each with a different specialty – jewels, textiles, footwear, and more!

Make tracks for Tabriz, taking about 4 hours. Once arrived, head on a city tour with your group leader, which will include Tabriz’s Blue Mosque – built in the Kara Koyunlu dynasty upon the order of the ruler of the time, Jahan Shah, to mark the capital of his Kingdom. Take a wander through the Tabriz Bazaar – one of the world’s oldest markets, and arguably the most important commercial centres on the Silk Road. Today, its silk, wool and cotton carpets are exported worldwide. You’ll have some free time to explore Tabriz this afternoon, so why not continue to meander through the Tabriz Bazaar and stop for kebab, or consider a visit to the Azerbaijan Museum in town – a small but beautifully curated space that tells the country’s story all the way from the fifth century.

Head out of town this morning and into the Sahand Protected Area where you’ll find the village of Kandovan. Along with the surrounding scenic beauty and the spring waters around the area, this settlement is most well known for being a modern troglodyte (cave-dweller) community. Many residents have cut their homes out of the volcanic rocks in the village, with some dwellings dating back more than 700 years. Spend some time exploring this whimsical place before setting back for Tabriz for the afternoon, perhaps lazing in El Goli Park to see the sunset.

Take a scenic drive through north-western Iran, stopping by Meshgin Shahr to stretch your legs at the renowned footbridge, suspended over the forested valley and Khiav River below. Continue on to the city of Ardabil and head out with your group to visit the Sheikh Safi-od-Din complex – a place of spiritual retreat in the Sufi tradition, built between the 16th and 18th century. Later in the afternoon, chill out in the mineral spas of Sarein, before heading back to Ardabil for a quiet evening.

Time for a new country! After stocking up on breakfast, travel to Astara and cross the border into Azerbaijan – a land of striking contrasts and diversity, it is a crossroads of European, Asian and Middle Eastern influence, with glimpses of ancient historical empires and a modern, more ‘cosmopolitan’ feel over many of its neighbours. You’ll first head to Lankaran – the first port in the Caspian – where you’ll take a walking tour, covering all the major landmarks like the 18th-century Lankaran Fortress and the Kichik-Bazar Mosque. Afterwards, continue north to Masalli. Nestled in between the Talysh Mountains and the Caspian Sea, Masalli is known for its agricultural industry as well as the numerous thermal springs in and around the city. Perhaps in your free time this evening find a local spa to chill out in, or sample some of the regional cuising like Lavangi – stuffed chicken or fish with walnuts and dried fruit.

This morning you’ll head to Gobustan, Azerbaijan’s open-air museum, to see the rock paintings and the interpretive museum that illustrates the geologic changes that have occurred in the area and how they have impacted the people living there. You’ll also get to see some more of Azerbaijan’s geologic wonders at the Mud Volcanoes. Arriving in Baku in the late afternoon, check into your hotel before heading to the old city for some dinner with your group. Perhaps try Plov – a local rice dish usually served with dried fruits and nuts.

Your adventure ends today after breakfast, and there are no activities planned for today. In order to make the most of all Baku has to offer, we strongly recommend that you extend your stay by a couple of extra days. If you would like to spend more time in Baku, we’ll be happy to organise additional accommodation (subject to availability).