This incredible journey takes you through parts of Central Asia that few people can find on a map, let alone have considered travelling to.. Steeped in Silk Road history and immortalised in many great tales, the UNESCO-protected town of Khiva is as photogenic as it is legendary.. Explore the sprawling ruins of Mary, Merv and other ancient kingdoms and contemplate the remnants of empires that once ruled these vast lands.. Witness the eternal flames of the Darvaza Crater, aka the ‘Door to Hell’ as you camp nearby – one of the strangest, most mesmerising geological oddities on earth.

Travel into desert landscapes heavy with romance and mysticism on this 10-day journey through Uzbekistan and Turkmenistan. Watch the sun set over Technicolour minarets in Khiva, learn about life in a desert settlement in Yerbent and revel in the eastern-futurism of Ashgabat. Step off the beaten track and onto the ancient Silk Road in this revelatory tour through ancient lands. 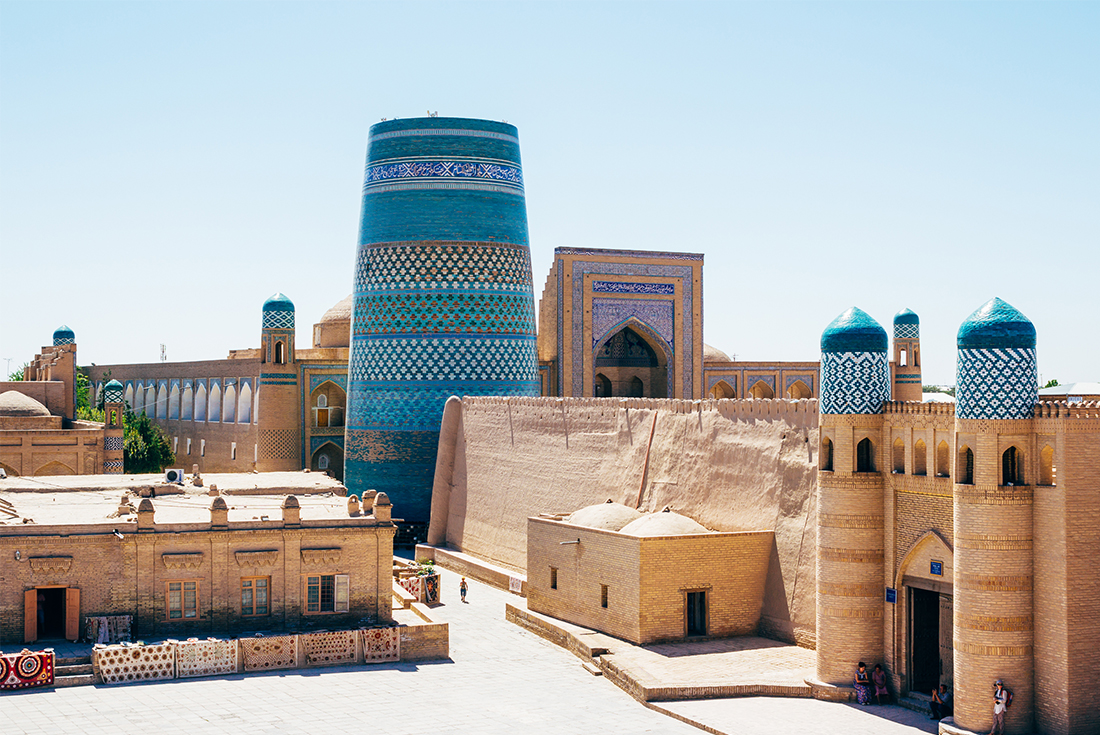 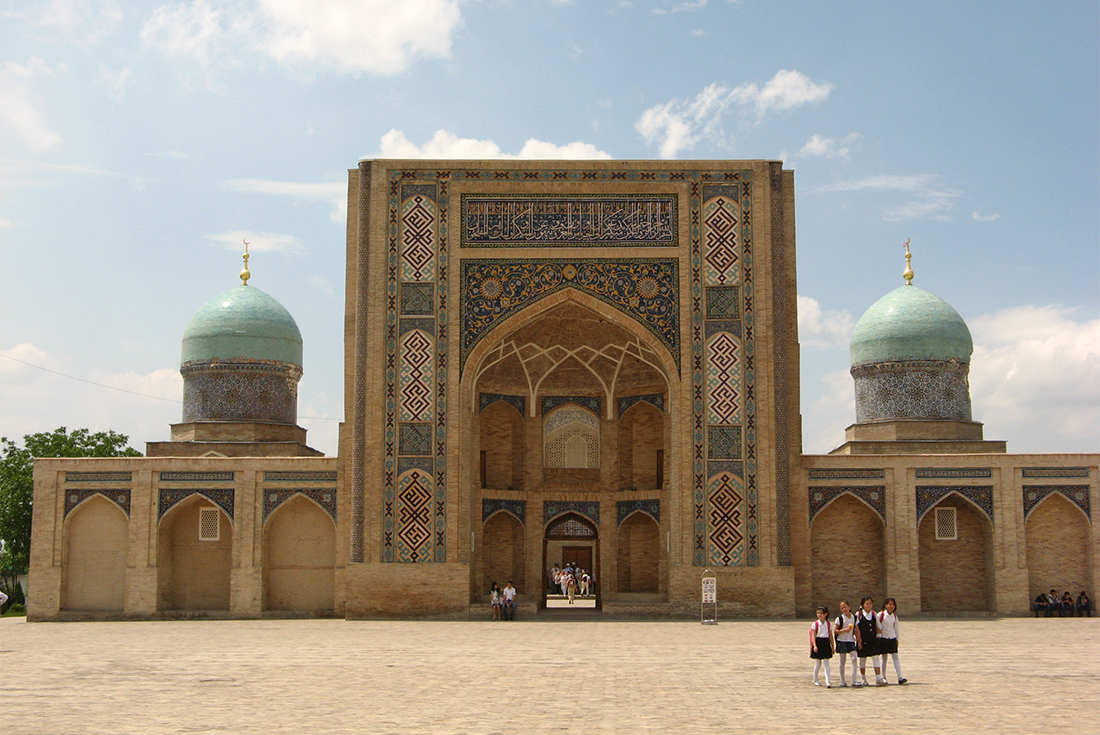 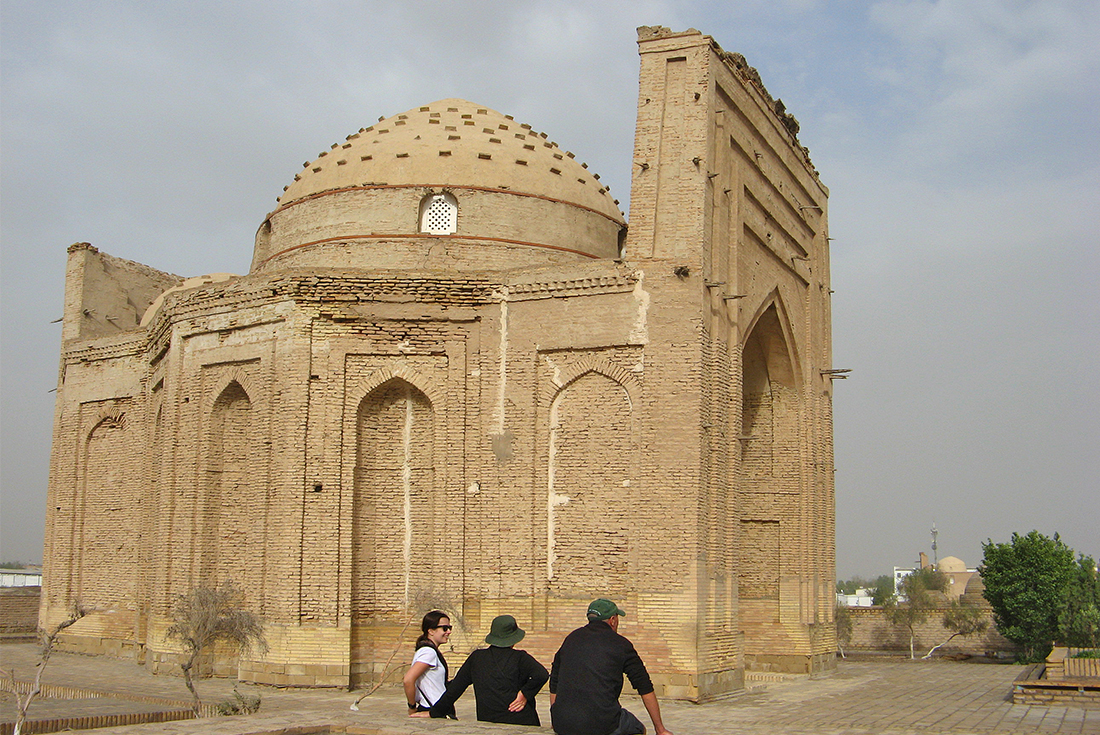 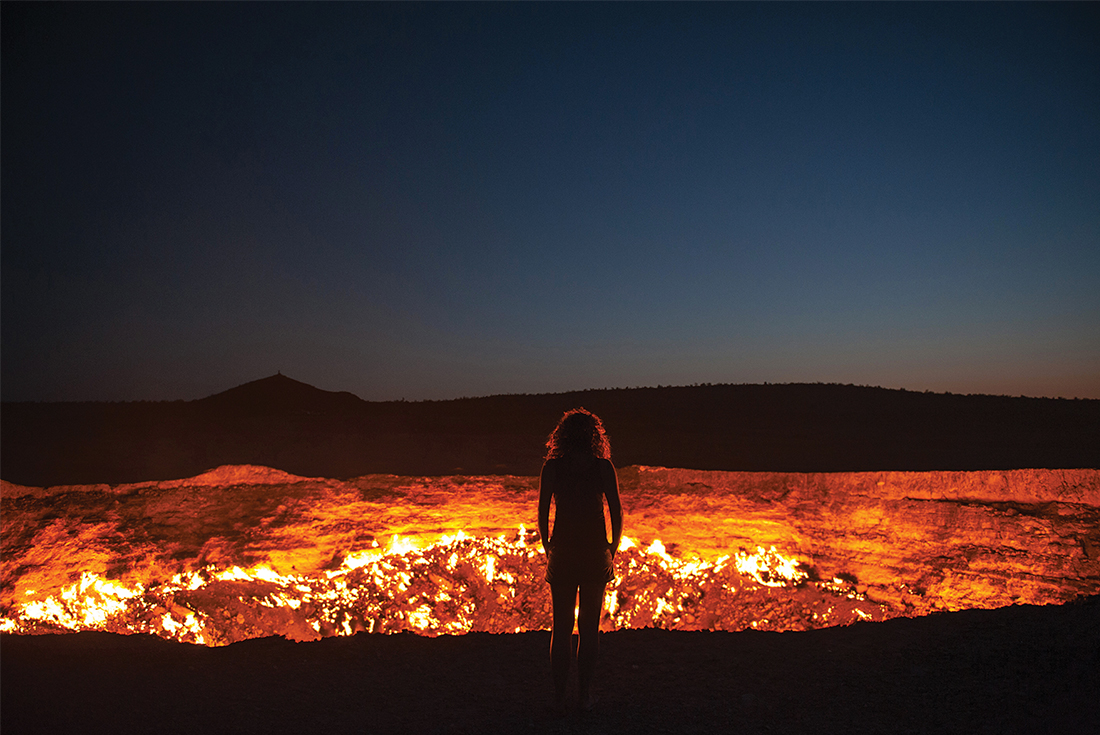 Xush kelibsiz! Welcome to the largest city in Central Asia. Tashkent blends Russian and Uzbek style, with extravagant mosques that sit alongside modern highways and Soviet monuments. Your adventure begins with an important welcome meeting at 6 pm today. If you arrive in Tashkent with time to spare, maybe take a walk to see some of the contemporary architecture that sets this city apart from other Silk Road destinations.

Take morning flight to Urgench (90 minutes) and transfer to colourful Khiva (45 minutes). Many global powers have laid claim to this city over the centuries, from khans to Silk Road traders and the Soviet Union. Get acquainted with Khiva on a tour of this walled-city. See the incredible blue-tiled Kalta Minor Minaret and the Mohammed Amin Khan Madressa. Explore the Kuhna Ark, the 'citadel within a citadel' which once housed the Khan and his family in the 17th century, then get a good look at this attractive city from the Ak-sheikh Baba Observatory. Finally, visit the Pahlavon Mahmud Mausoleum, a complex constructed in honour of the famous 13th-century poet, craftsman and fighter. A popular pilgrimage site, the mint-coloured dome that tops the main mausoleum is stunning. Spend the rest of the day as you wish. Maybe ask your leader where to grab the best plov (rice, meat, and carrots). The city is a photographer's delight, particularly in the evenings when the sun begins to set and fading light glints off turquoise tiles, so make sure you have your phone or camera ready to snap some pictures.

Hit the sand again in the 4WD, making the 4-hour drive to Ashgabat with a stop along the way at the tiny settlement of Yerbent. The community here live primarily in yurts that are tucked between the sand dunes. Check out the local monument that pays tribute to the group of socialists that died in the Basmachi Revolt in 1931, then continue to Ashgabat. Little is left of the original Russian Imperial city as most of it was destroyed in a massive earthquake in 1948, and today the city centre is a bizarre mix of futuristic and outrageous public buildings. Get a sense of Ashgabat old and new with a tour that takes in both the ancient settlement of Nisa and the National Museum of Turkmenistan. Enjoy a free afternoon in this mind-bending city. Look out for the ornate, golden telephone booths, screens broadcasting official ceremonies on a loop and imposing statues of the president.

Take a full day to wrap your head around this desert city on an immersive guided tour taking in the four pointed minarets atop the Ertugrul Gazi Mosque and the the extravagant Independence Monument. This sculpted park is filled with statues of Turkmen heroes (and controversial politicians) that line paths that lead to a golden dome and a (surprise!) massive minaret. From this lavish ode to Turkmen identity, continue to the Neutrality Arch, which despite its name has a provocative history. Then travel outside of the city to the Turkmenbashy Ruhi Mosque, the mausoleum of former Turkmen leader Saparmurat Niyazov, before heading further out of town to the ruins of Anau. The crumbling remains of the medieval mosque still attract the devout, who come to pray and make offerings. After a day full of sightseeing, maybe spend the evening relaxing at your hotel.

Rise and shine for the 5-hour drive to Mary (pronounced ‘Mah-rih’). The somewhat ostentatious displays of wealth in the city can be traced to the long-running gas and cotton industries. Stop en route for lunch and to roam through the ruins of Abiverd. This fascinating archaeological site was an important trading town from 652 AD until the 12th century, and you can still see ancient shards of pottery scattered on the ground. Arrive in Mary in the afternoon and settle into your hotel.

Take a 40-minute drive to Merv, also known as Margiana or Margush, and enjoy some time to explore Turkmenistan's most recognised site. This sprawling World Heritage site is home to numerous walled structures from various periods spread across a 1200-hectare area. See impressive columns smoothed by wind and time at the Greater Kizkala and walk hills that were once the fortress walls of Erk Kala. While not the most impressive visually, Gyaur Kala dates to 400 BC and has a fascinating history. Spend some time exploring these relics of grand empires and then return to Mary for a free afternoon. Maybe visit the Mary Regional Museum. Housed in a palace of white marble, the museum features archaeological displays and exhibitions on traditional Turkmen life and culture.

Glittering Ashgabat awaits your return today, so make the 5-hour return drive to the City of White Marble. Enjoy a free afternoon to spend as you wish before an optional dinner with your travel group.

There are no activities planned for the final day and you are able to depart the hotel at any time.