Get up close and personal with the active volcanoes scattered across the Aeolian Islands and perhaps take a dip in one of the sulphur springs. Surrounded by dramatic valleys and craters set in a lunar-like landscape, towering Mt. Etna is one of the greatest natural beauties of the Mediterranean, and Europe’s largest active volcano. Search crumbling Greek and Roman ruins in the charming seaside town of Taormina. Encounter the crumbling facades of Syracuse and unearth hundreds of years of Greco-Roman history

From the pristine waters and the stalwart fortifications of Tropea, all the way to the smoke gently floating from the volcanoes of the Aeolian Islands – Calabria is a hidden gem for those who stray off Italy’s beaten path. Discover this less-visited part of the country before delving into the spectacular sights of bustling Sicily, volcanic valleys of Mt. Etna, timeworn streets of Syracuse, the Baroque wonders of Ragusa and rich anti-mafia history of Palermo. Starring dramatic cliffside villages, clear waters and delicious seafood, this is a chance to experience the highlights of southern Italy. 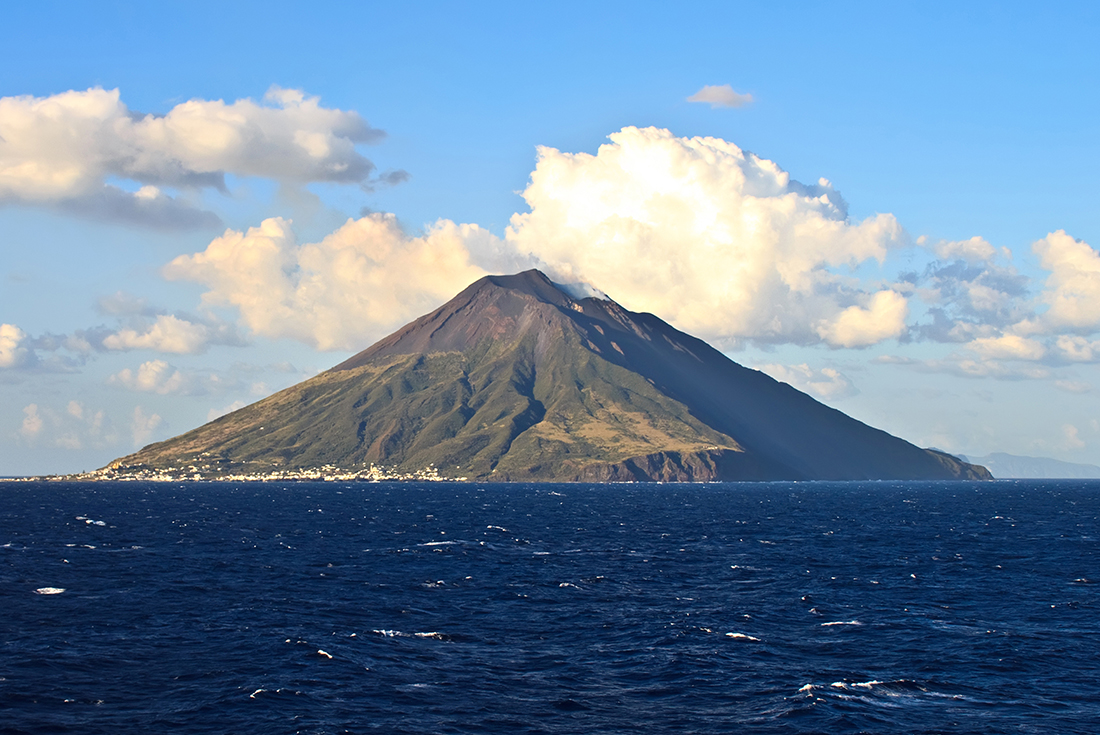 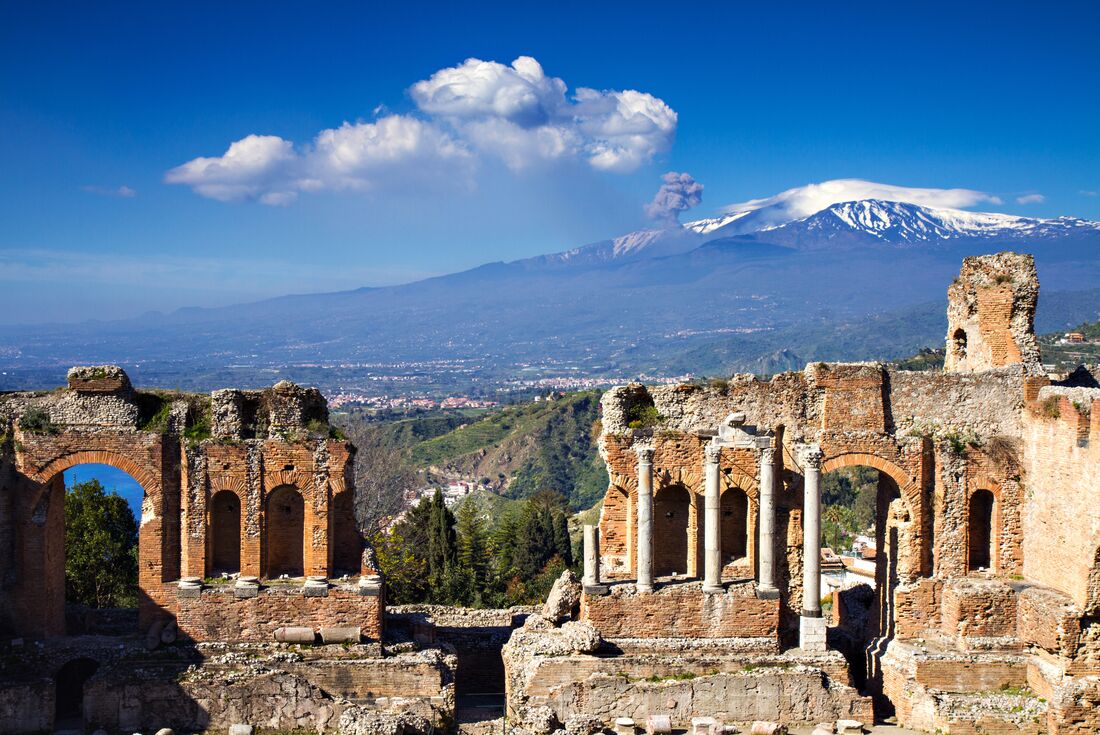 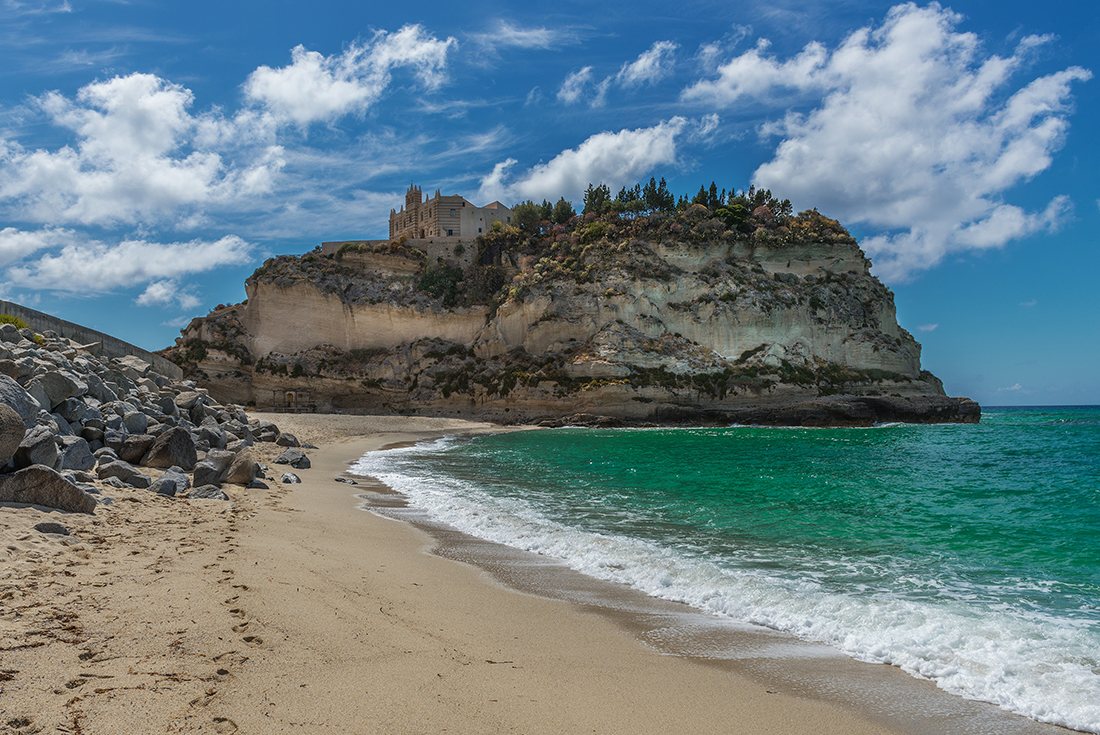 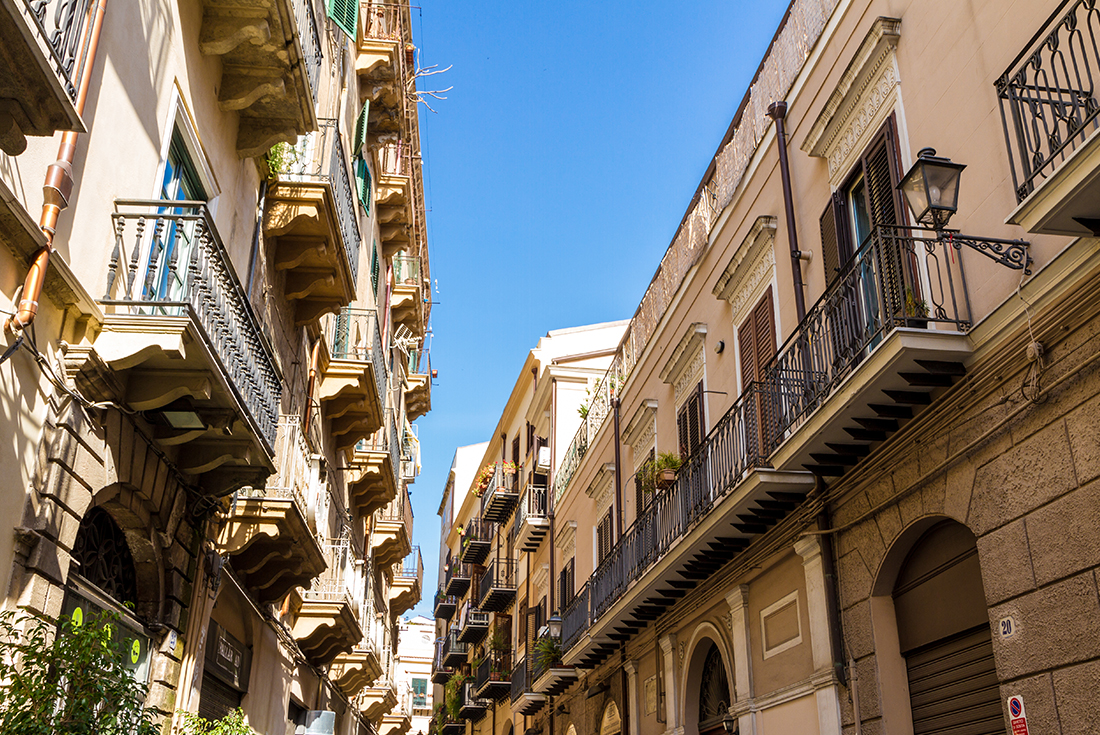 Buongiorno! Welcome to Italy, where you'll first be greeted by the Amalfi peninsula's rocky coasts, azure seas and whitewashed villages. There are no activities planned before tonight's group meeting, so you can arrive any time before then. Perhaps stroll from one side of Amalfi town to the other and pay a visit to the Cattedrale di Sant'Andrea and the Chiostro del Paradiso, or laze around the beaches until the meeting starts.

This morning you'll travel to Civita by bus, train and private vehicle. It's a tad complex logistically, but well worth the effort to see this gorgeous village built into the rocky hillside. Civita was founded by Albanian refugees in the Middle Ages and the Civitesi are recognised as an ethnic minority by the Italian Government. Their language, arberesh, is a mixture of Italian and Albanian and is only spoken here and in some parts of Sicily. Take a walk around this fascinating village on arrival then perhaps choose to visit a local winery and cheese producer, or just walk in the scenic hills instead.

Hike into the beautiful Pollino National Park that surrounds Civita. With sheer cliffs, narrow canyons and a diverse range of wildlife including the peregrine falcon, eagle owl and the recently reintroduced Egyptian vulture, this area is a hiker's paradise. After a short transfer you will embark on a hike through this extraordinary landscape. If you'd like to opt out of the hike, you can kick back on the terrace of your guesthouse and enjoy the scenery and hospitality of the locals. The afternoon and evening is at your leisure.

Transfer this morning from Civita to Paola, before taking the train onwards to Tropea. Tropea has a striking sense of timelessness, created by the streets full of faded buildings and the iconic fortifications that line the city’s cliffs. Explore the town as you head out on an orientation walk. You may want to visit the local Norman cathedral, the Duomo, which holds an icon of the town’s celebrated protectress, the Madonna of Romania. There’s also the Museo Diocesano, a tiny museum hiding in the Palazzo Vescovile next to the Duomo, which is full of religious art and wooden statues. If you’d prefer some time by the water, feel free to head to the beach and marvel at the looming structures on the cliffs nearby.

Enjoy a free day in this Mediterranean paradise. Reserve a spot on the beach, soak up some sun and cool off in the clear blue water, or maybe you'd prefer to sample Tropea's specialty: cipolla di Tropea. These are Italy's, and perhaps the world's, favourite onion thanks to their unique sweetness. Rumour has it you can even find a red onion ice cream in town, so why not give one a try as you kick back by the water.

If the weather is fine, take an included boat trip to the Aeolian Islands of Vulcano, Lipari and Stromboli. These islands, affectionately referred to as ‘pearls of the Mediterranean’, attract all manner of adventurers and thrill seekers to their shores due to their natural beauty and volcanic activity. The trip will start with a boat ride to the aptly named Vulcano, where you’ll have a chance to dip in either the crystal waters or the famous sulphur springs as they sit in the foreground of an active volcano. Then, land on the isle of Lipari where you’ll have free time to visit the museum, have lunch, go shopping or stroll through the streets. Following Lipari, you’ll pass the isle of Panarea and travel to Stromboli to learn about the famous Sciara del Fuoco (street of fire) before spending free time on the island’s black sandy beaches. Afterwards, return to Tropea where you’ll spend the night.

Depart from Tropea by train as you travel onward to Reggio Calabria, the gateway to Sicily. The city’s placement in a major earthquake zone has caused much destruction over the years, meaning only few historical sites remain in comparison to the rest of Italy. However, this has resulted in a charming mix of architecture - balanced between the surviving old buildings and the modern structures. Embark on an orientation walk, before visiting the widely renowned National Archaeological Museum of Reggio. This building is arguably the most important tourism destination that the region has to offer, featuring an excellent collection of exhibits from Greek influenced sites across Calabria, including the Bronzi di Riace, two large bronze statues found on the sea floor in the 70's. Later in the evening perhaps hunt down some of the city's spectacular restaurants for grilled swordfish or pasta with cauliflower and broccoli (both are dishes typical to the area) and a glass of local wine, or wander past the city’s panoramic waterfront.

Bid farewell to Reggio Calabria and travel by ferry to Messina in Sicily, where you’ll board a train to the atmospheric city of Catania. The city has a unique energy to it, an interesting blend of young and old. On one hand, there’s a gritty, attractive bar culture that fuels an exuberant nightlife, full of flavour and laughter. On the other hand, the very core of the city boasts one of the fabled “Late Baroque” towns – the UNESCO World Heritage site, Val di Noto. You’ll get the opportunity to explore both sides of this curious city by walking through its grand piazzas and wide roads. The evening is yours to enjoy, so perhaps get a gelato or a granita to cool off at the end of a busy day of exploration.

Take a day trip to the charming city of Taormina. Start things off with an orientation walk, where you’ll notice the Greek influence in the architecture. Walk through the back streets, gardens, and perhaps visit the world famous Greek theatre and the cathedral. The whole afternoon will be at your leisure, so there's plenty of time to explore at your own pace. Have a drink in the Mediterranean sun or dig into some traditional Sicilian pasta before heading back to Catania for an overnight stay.

Come face-to-face with Europe’s largest active volcano on a day-trip up Mt Etna. Drive up the northern flank of the volcano and embark on an easy walk through the spectacular Valle del Bove (Bull Valley), a valley formed when the original crater of Etna collapsed. It is Etna’s largest valley, in which many lava flows can be seen, one on top of the other. At an altitude of approx 2,000 metres walk into the centre of an extinct crater and visit a lava cave that can be explored with helmets and torches. Walk among the cold lava streams of Piano Provenzana, a former ski resort that has been destroyed during the last big eruption of 2002. Return to Catania in the early afternoon which allows you to explore this charming city in more depth.

Next travel to Syracuse (Siracusa) by private vehicle, where an orientation walk through the most interesting parts of this old town awaits. While wandering through the streets, you might find yourself enchanted as you glance up, examining the crumbling facades and balconies supported for centuries by a host of stone lions, tigers, bears, dragons, moors, satyrs, devils, angels, kings, paupers, wenches and cherubs. Passing some open doors might give you a glimpse of an ornate secret courtyard, whilst others open right on to someone's dining room where lunch is being prepared. In the afternoon perhaps take a boat trip around the island of Ortigia for a scenic view of the walled off cityscape. You may want to participate in an optional visit to the Neapolis Archaeological Site – known as one of the world’ s finest – but if not, then don’t hesitate to spend your free afternoon exploring the countless monuments or slip into a bar for a refreshing granita instead.

Start the day by taking your private transport to Ragusa, one of the most scenic towns in all Sicily. En-route stop at Noto. Noto has gained a reputation as an architectural jewel, its limestone structures dazzle on a sunlit afternoon. The town has the benefit of being slightly less known to tourists, resulting in an easier sightseeing experience. after departing Noto, arrive at Ragusa. The ‘new’ baroque city was completely rebuilt after the devastating earthquake of 1693, resulting in two vastly different sides to the same city. After exploring the tangled alleyways and baroque palazzi, travel back to Syracuse.