Uncover thousands of years of civilisation in Athens with a visit to the world-famous Acropolis and the ancient Agora. Let the rest of the world melt away as you swim and snorkel in the warm waters of the Aegean Sea. Wander through the charming villages of Syros. When night falls, indulge in delicious seafood dinners in traditional tavernas as Rembetika music floats around you. With its boutique culture, gorgeous beaches and thumping nightlife, the chic isle of Mykonos invites you to embrace your hedonistic side

Welcome to Greece – a land of crumbling ruins and crumbling feta, the sun-bleached cradle of modern civilization. A lot of Grecian itineraries begin with Athens’ historical highlights before skipping quickly off to the Greek Islands. But not this one. We’ve designed a comprehensive tour that includes the best of the mainland AND the islands. From the Sanctuary of Apollo at Delphi and the unbelievable monasteries of Meteora, all the way to the olive groves and sandy beaches of the Cyclades. Along the way you’ll discover that Greeks are passionate about a few very specific things: good times, good food, and good gossip. Kalimera! 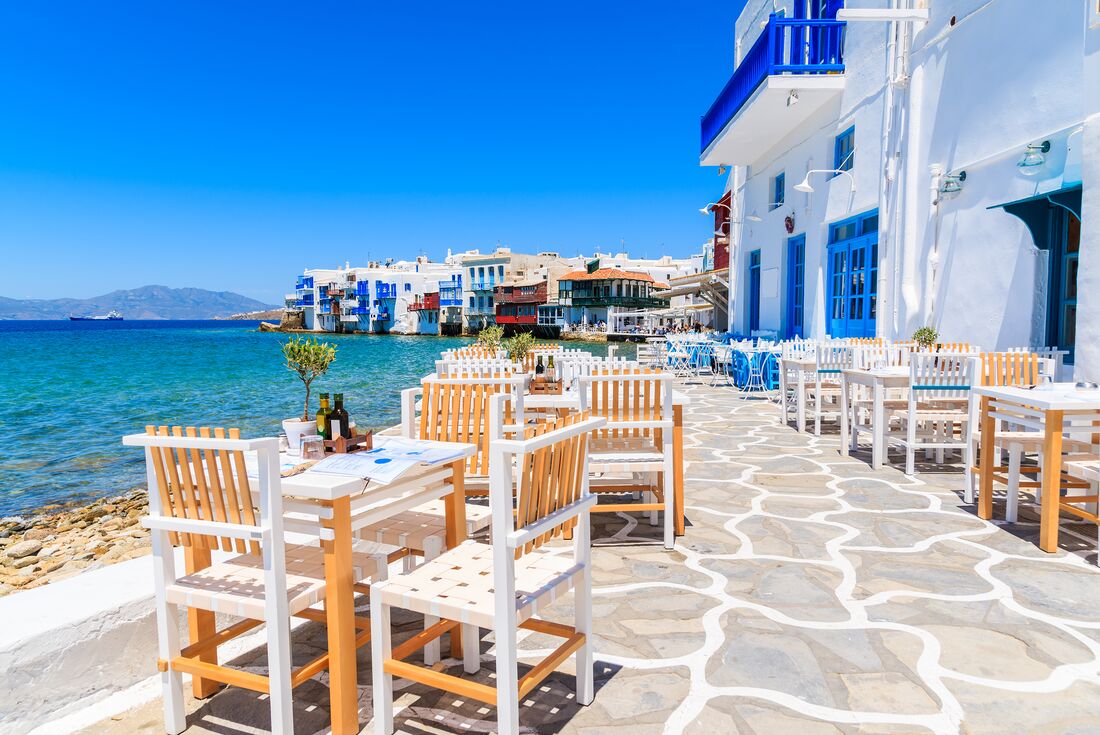 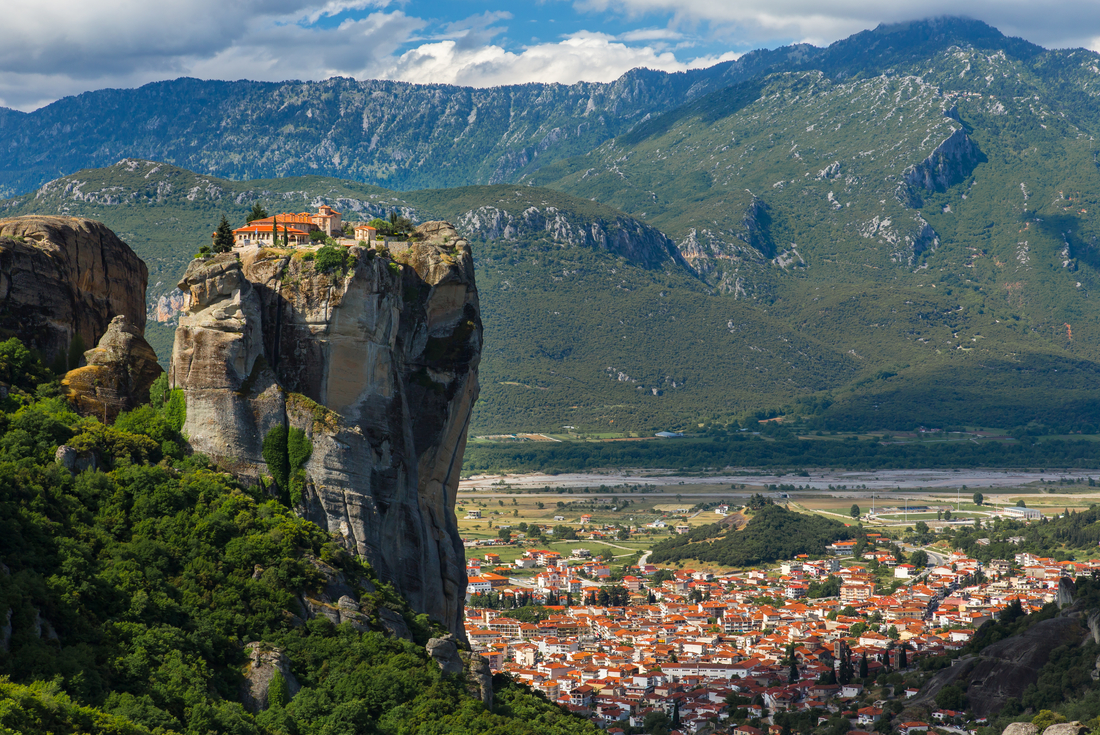 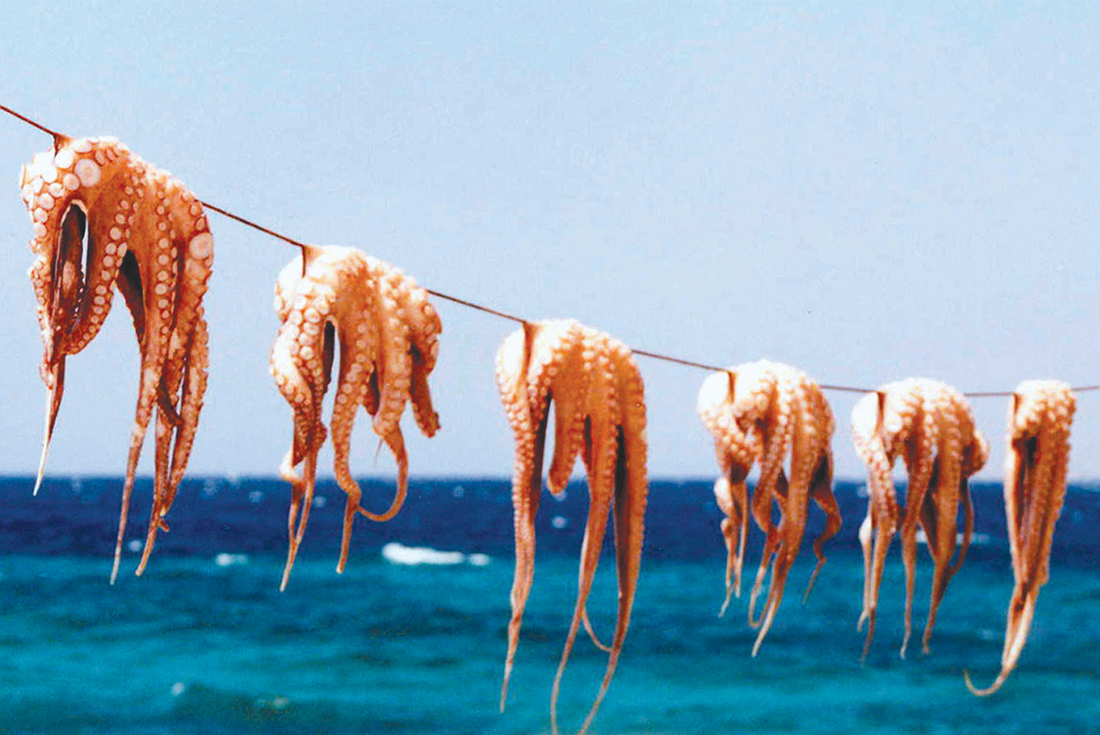 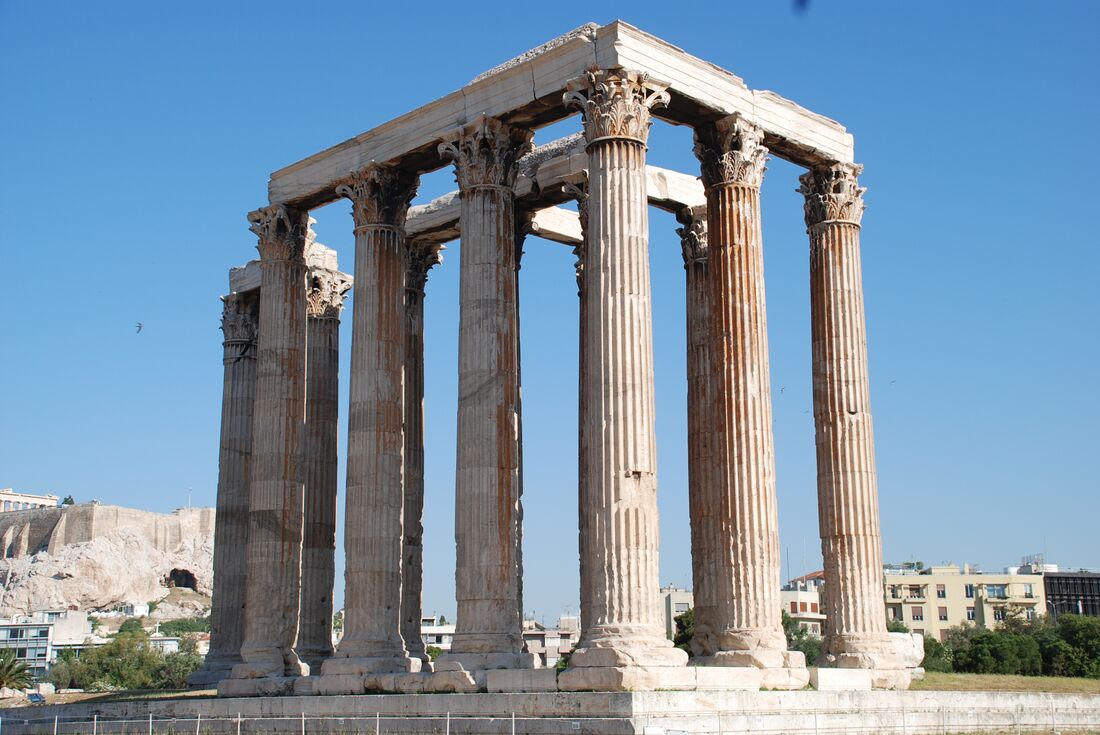 Travel by private transfer to Delphi (approximately 4 hours). Located on the slopes of Mt Parnassos, by a valley of cypress and olives trees, this modern town and ancient ruins overlooks the Gulf of Corinth. The ancient Greeks regarded Delphi as the centre of the world (legend says that Zeus sent two eagles flying from opposite ends of the world and they crossed paths over Delphi), and today it’s one of the country's most inspiring and memorable archaeological sites. On arrival, your leader will take you on an orientation walk of the cliffside town of Delphi. Then, make the most of your afternoon by visiting the ancient site of Delphi. Here you’ll find the famous sanctuaries of Apollo and Athena, which contain numerous monuments, temples, a well-preserved theatre, and the impressive reconstructed Athenian Treasury. The site was also home to the Delphic oracle, said to have spoken for Apollo himself – she sat on a chasm, inhaling vapours from the Earth and entering a trance-like state, her cryptic answers to questions translated by priests. There’s also a mountain-top stadium, which were used for the Pythian Games (an Olympic Games precursor), held every four years as early as 586 BC.

Today you'll have more time to explore Athens. Highlights include the renowned changing of the guard at Syntagma (Parliament) Square. Maybe join an Urban Adventure day trip, such as 'Taste of Athens' or 'Markets, Ruins and Ancient Athens'. You could also take a day trip to the Peloponnese peninsula to ancient Epidavros and the beautiful city of Nafplion.

Today travel by metro to the port of Piraeus, then catch a relaxing scenic ferry to Syros (approximately 4 hours). In the heart of the Cyclades, Syros offers a rare opportunity to see the islands as the Greeks do. One of the Aegean's most underrated islands, the island features typical whitewashed houses, farms, terraced fields and gorgeous sandy beaches. Your leader will take you on a wander through the main town of Ermoupolis, home to well preserved neoclassical mansions and 19th-century tenement blocks. Syros is also home to delicious sweets. Stop at a family run traditional loukoumi workshop where you will be shown the procedure of how these multi-coloured fruit-flavoured jellies (also called Greek Delight) and chalvadopita (hazelnut, almond or honey-filled wafers) are made - make sure you try some of them. You'll have plenty of time to explore tomorrow, so perhaps kick up your feet at a waterfront cafe and watch the setting sun turn the houses pink.

Take a walk through the fortress-like town of Ano Syros, which offers great views of the Aegean Sea. Wander the narrow alleyways, pass handmade-souvenir shops and keep an ear open for traditional Rembetiko music floating out of the family-run tavernas. Enjoy free time to further explore Syros at your own pace. Discover abandoned windmills, ancient ruins and charming villages on a network of stone-paved tracks that crisscross the island. Perhaps head to the various archaeological sites on the island, or you might prefer to simply hole up on a beach for the afternoon. Outside of Ermoupolis are many small tranquil coves, while the most popular beaches are on the southern side of the island. While some are sandy and others pebbly, all boast crystal clear waters for swimming in. In the evening, take taxis to a taverna to a remotely located village in the rugged northern part of the island to sample delicious local specialities during an included meal, all while watching the sun set over the Aegean Sea.

Today board a two-hour ferry to Mykonos, a beautiful island named in honour of Apollo's grandson. Mykonos is legendary both in ancient and modern times. Known in ancient Greek mythology as the battlefield where Zeus fought the Gigantes, today the island is best known for its decadence, style, and nightlife. Join your leader for a walk through the maze-like old town and be captivated by the quintessential Greek Isles vista of squat white houses brightly juxtaposed against the cerulean sea. Browse the chic galleries and boutiques, follow flower-lined paths past age-old churches and tiny restaurants to secluded, sandy beaches, and spend the afternoon soaking up the rays and splashing in the water. As the sun sets, join the group for a picnic dinner of local specialties. Your leader will know the ideal spot to sit back and enjoy an Aegean sunset.

This morning you will take a half-day trip out to the nearby island of Delos. One of the most important archaeological and mythological sites in the Greek Islands, a sacred area that was once the political and religious centre of the Aegean, Delos is considered to be the birthplace of Apollo and Artemis. A living museum, the wealthy built mansions in the town that developed around Apollo’s sanctuary, decorating them with luxurious frescoes, mosaics and statues. The island is overflowing with archaeological finds like the Terrace of the Lions and the Sacred Precinct, with many more still being uncovered. Later on today you might like to head to one of Mykonos' many beaches, which are some of the nicest in Europe. Take a short bus ride to the pumping Paradise or Super Paradise beach bars, or perhaps find a quieter spot to relax along the beautiful coastline. You could also check out the 19th-century House of Lena or the Aegean Maritime Museum in town. This evening you could make your way to the village of Ano Mera and seek out a tavern for a seafood dinner or perhaps wander down to Little Venice, where colourful balconies hang precariously over the sea.