Learn about Pakistan – its turbulent past, fascinating present, and hopeful future – from a local leader who knows and loves the country best.. Homestays are unforgettable opportunities to share stories with the lovely locals and learn how they manage to thrive in such a beautiful yet hostile environment.. Travel on the famous Karakoram Highway past glaciers, alpine lakes and mountains as far as the eye can see.. Visit the point where the Himalaya, Karakoram and Hindu Kush – three of the world’s largest mountain ranges – all meet each other.

This 17-day expedition is a brand-new trip through an ancient land. Beginning in Pakistan’s capital of Islamabad, the expedition takes travellers north to the stunning and rarely touristed Hunza Valley region. Here you’ll find nature unleashed: imagine imposing jagged peaks, alpine lakes and glaciers creeping into the valleys. Explore the ancient fortifications scattered among rural villages and learn about the modern innovations that help the local people prosper. Finish in Lahore, a city that’s not only stood strong through the rise and fall of empires, but also preserved the culture that makes Pakistan such a mesmerising, all-consuming country. 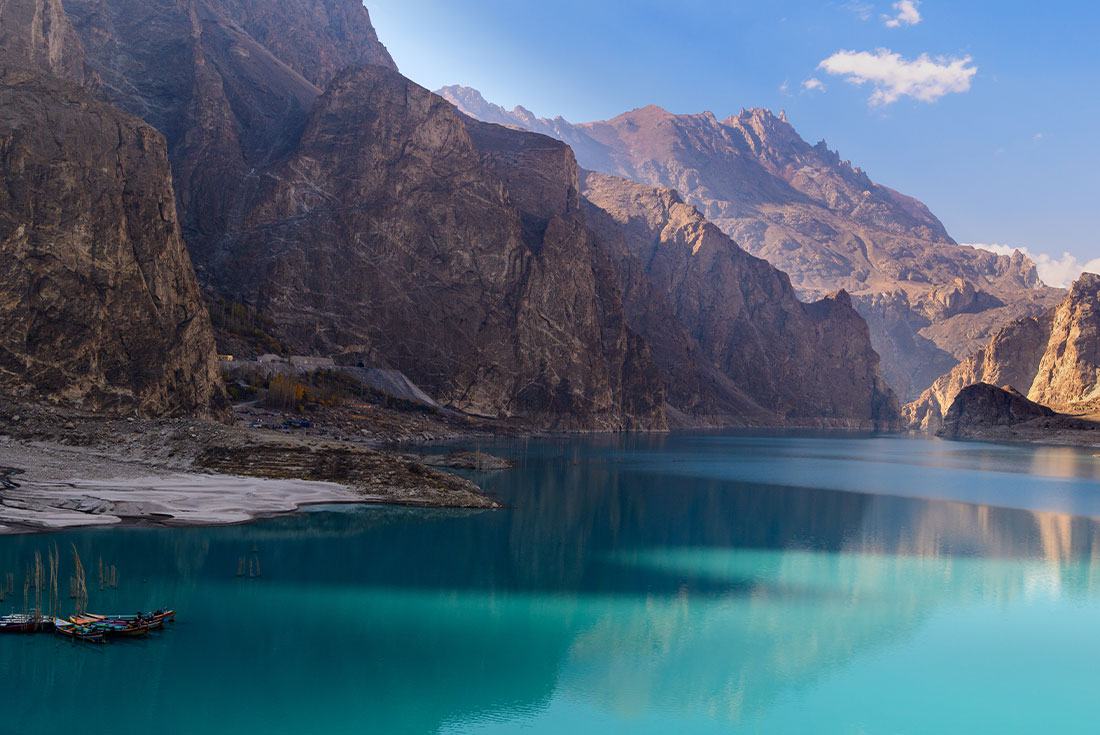 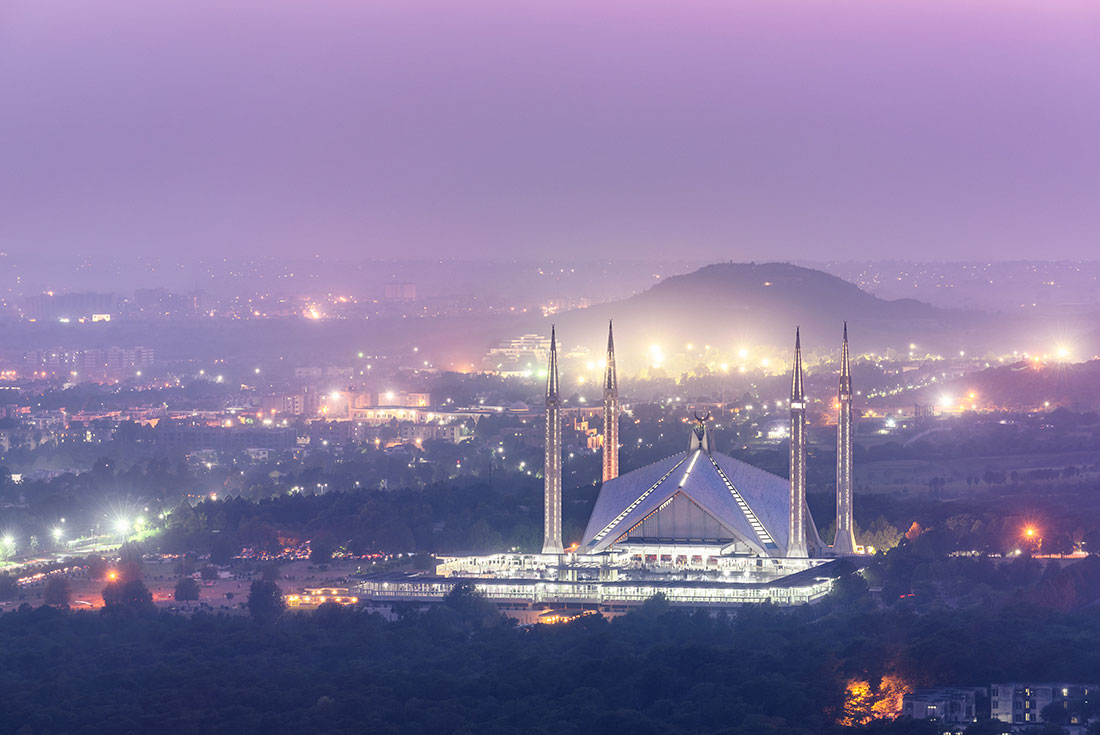 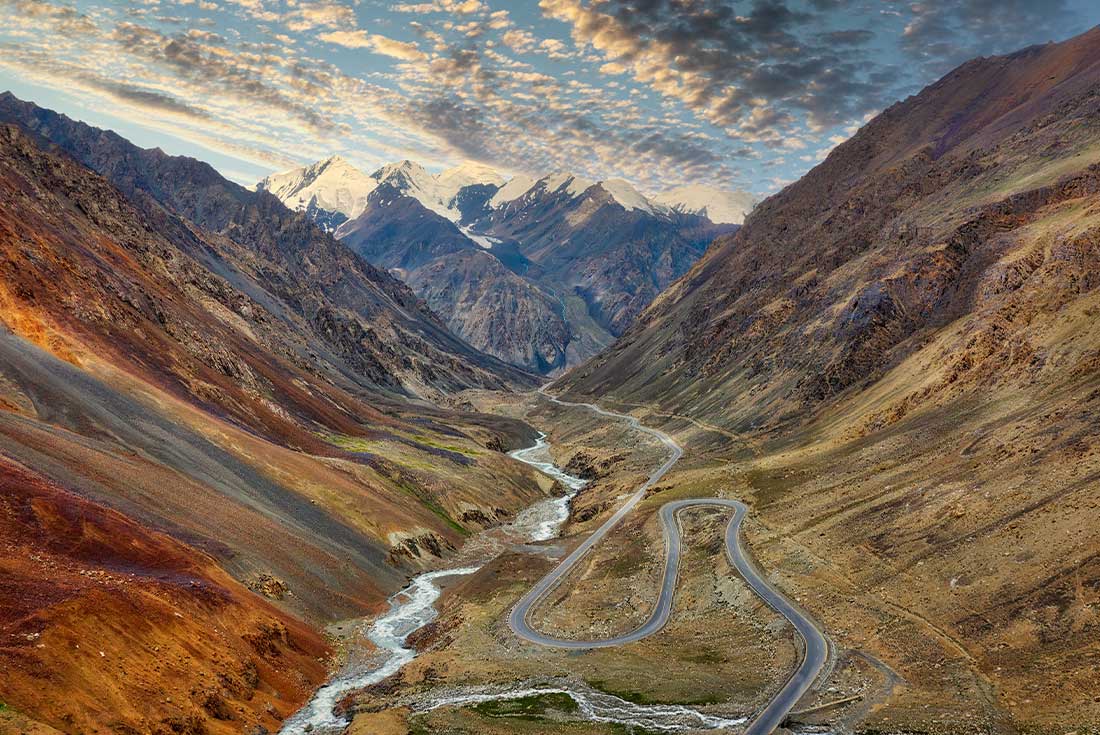 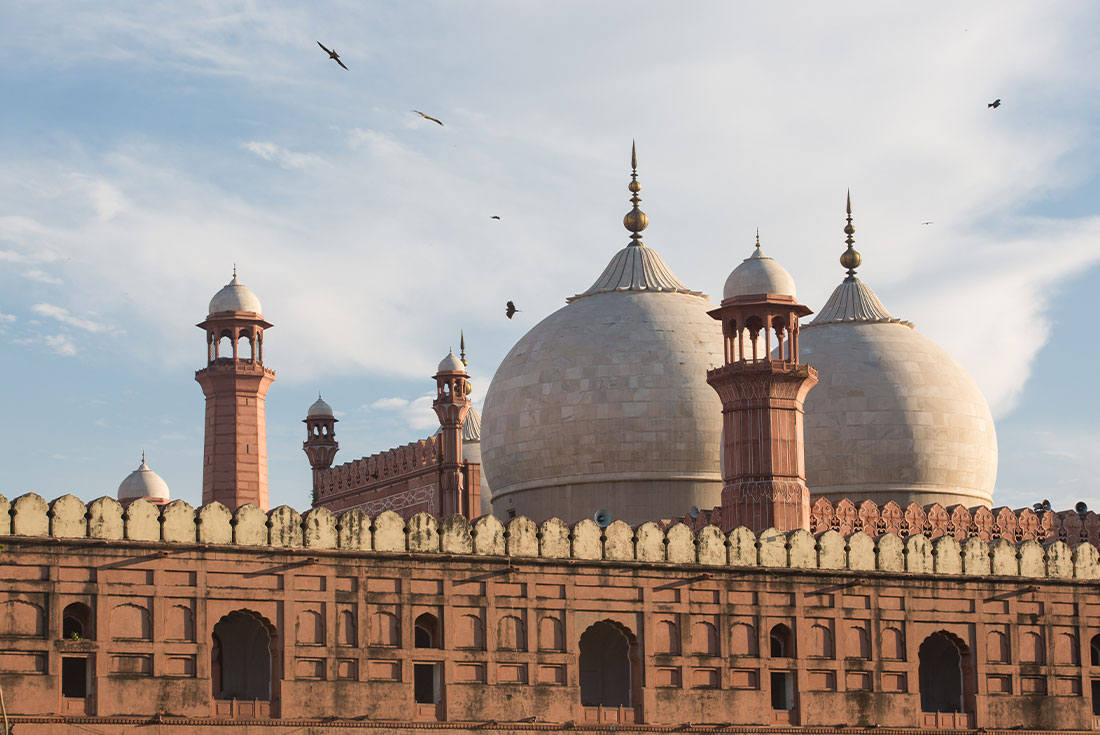 Welcome to Islamabad, Pakistan’s capital city. Translating as ‘City of Islam’, Islamabad was built in the 1960s to replace Karachi as the nation’s capital, though there’s evidence that humans have lived in the area for many thousands of years. Your expedition begins with a welcome meeting at 6 pm but if you arrive earlier there are several sights worth checking out, including the Shah Allah Dita caves, Golra Railway Station, and the Lok Virsa Museum – dedicated to the preservation, documentation promotion of Pakistan’s cultural heritage. You may also wish to visit the historic Saidpur village, only a 20-minute drive away, which is over 400 years old and sits at the foothills of the nearby Margallas. The village is home to an old Hindu temple, a reminder of the different religions and cultures that once called this region home.

Make the most of the opportunity to explore Islamabad with your fellow travellers. Your local leader will speak with you about the history of both Islamabad and Pakistan and be able to answer any questions about this oft-misunderstood destination. There’ll be a chance to shop for local clothes, so keep an eye out for the shalwar kameez – the traditional dress of loose-fitting trousers and a long shirt. Visit Faisal Mosque, which was the largest mosque in the world upon its completion in 1986 and is said to hold 10,000 worshippers, then head to the ancient site of Taxila. These World Heritage-listed ruins are evidence of over 500 years of cultural evolution influenced by Persia, Greece, and the spread of Buddhism. Enjoy a group meal in the evening at Monal, perhaps Islamabad’s most famous restaurant, which is nestled in the hills and has stunning views of the city below.

Fly this morning from Islamabad to Gilgit, then travel north to Gulmit, a small town surrounded by mountains and glaciers. It sits by the famous Karakoram Highway, which is also known as the China-Pakistan Friendship Highway as it connects the two countries. This is an achingly beautiful part of the world and there’ll be several opportunities to stop and take in views of Nanga Parbat and Rakaposhi, as well as the point where the Karakoram, Hindu Kush and Himalaya mountain ranges all meet. Nanga Parbat is a particularly impressive peak and is sometimes called the ‘killer mountain’ thanks to the high number of casualties from attempting its summit. You’ll also have time to visit the markets in Karimabad, the commercial hub and capital of the Hunza region, before arriving in Gulmit.

Spend the day soaking up the atmosphere in Gulmit. Take a walk around the remote village and visit a carpet-weaving centre run by the local women, which operates in one of the oldest traditional houses. You’ll also trek out to the ruins of Ondra Fort, a walk of approximately three kilometres. The fort sits atop a rocky outcrop above Gulmit and would’ve commanded views of several strategically important passes in the area. It’s believed to have been built in the 16th century by a ruler named Qutlug Baig and, as if the historic ruins weren’t enough, there are phenomenal views of both the valley and the surrounding peaks.

Travel today to the village of Passu, located on the banks of the Hunza River. Take tea at a local house, sample the town’s famous apricot cake and view the Hussaini Hanging Bridge, described by some as the most dangerous bridge in the world. Though the bridge’s condition is questionable its location is enviable, suspended above Borith Lake and surrounded by jagged mountains. Spend the afternoon walking to the lake, which sits at an elevation of approximately 2600 metres, and out to the impressive Passu Glacier. There’ll be plenty of time to relax and you’ll also see Passu Sar mountain (7470 metres) as well as the photogenic Tupopdan (6106 metres), the latter of which is known as Passu Cones or Passu Cathedral.

Take a drive out to Khunjerab National Park, established in 1975 to protect the region’s wildlife. Animals in the park include snow leopards, blue sheep, the Tibetan wolf, Marco Polo sheep, Himalayan ibex, and the Eurasian lynx, to name but a few. The park sits at an altitude of approximately 5200 metres and is close to the Khunjerab Pass – the border crossing from Pakistan to China. This Is the highest paved border crossing in the world (approximately 4700 metres) and marks the end of the Karakoram Highway and the start of China’s 314 National Road. Fun fact: this is a rare international border where traffic changes from driving on the left (Pakistan) to the right (China) side of the road. You'll be able to see the border crossing area from the bus.

Travel by 4WD to the remote town of Shimshal, which was inaccessible by road up until 2003. The road took 18 years to build and was constructed by the local community, who previously had to walk for several days to reach other parts of Hunza. Shimshal is so remote that state prisoners from Hunza were once exiled here as punishment. The locals are resilient and extremely hardworking people. A number of notable Pakistani mountaineers grew up here, which isn’t surprising given the rugged, mountainous terrain. The Shimshali are to Pakistan what the Sherpa are to Nepal, and perhaps the most famous Shimshali are Samina and Mirza Ali Baig, a brother-sister climbing duo. Samina is the first and only Pakistani woman to climb Everest (at the age of 21) and the Seven Summits.

Spend the day exploring Shimshal and learn about the challenges that come with living in such an inhospitable environment. Meet the local families and hear their stories and struggles and take a hike for expansive views of the surrounding area. Almost every house in Shimshal is powered by solar electricity, as is the local school, which produces enough electricity to both run an IT lab and supply electricity to 18 classrooms. Enjoy the mountainous surrounds, take some time to relax and acclimatise to the altitude and know that you’re experiencing a destination that few will ever get a chance to visit.

Lace up those hiking boots and spend the day exploring Shimshal’s beautiful walking tracks. Remember, the locals once had to walk for days to get to the next town on paths that even yaks could not pass. The exact trek will depend upon the group’s interest and the area’s accessibility, but you can be sure that there’ll be views for days and very few tourists, if any. Expect mountains, valleys, glaciers, and some hearty local food to keep you moving up those hills.

Continue your exploration of the Shimshal area in the morning and enjoy a final lunch in the village. Say farewell to the locals before returning to Passu by 4WD, a journey of approximately 3 hours. After arriving at the village, perhaps practice your Wakhi or Urdu language skills, or join in a game of cricket if you can. Pakistan is cricket-mad and legends like Wasim Akram and Shahid Afridi are revered across the country.

There’s a sad story lurking below Lake Attabad’s shimmering surface. The lake was formed in 2010 after a massive landslide that killed 20 people and displaced many thousands. The landslide essentially dammed the Hunza River for five months, creating a lake that measures some 21 kilometres across. Thankfully the dam held and the lake is now a popular tourist destination renowned for its insanely blue water. See it for yourself then explore Ganish, an ancient Silk Road settlement that received a cultural conservation award from UNESCO. You’ll also have an opportunity to visit the immense Hopar Valley for views of the Hopar Glacier before continuing to Karimabad for the evening.

Karimabad is the capital of the Hunza District, a town known for its locally made handicrafts, carpets, and, of course, its next-level views of the surrounding mountains. Today you’ll walk to Baltit and Altit forts, which have stood in the region for over 700 years and are a testament to the valley’s past strategic importance. These towns were crucial for controlling the ancient Asia trade routes and Baltit Fort holds a particularly commanding position above the village. These well-maintained forts were restored by the Aga Khan Foundation, which has also been working on several projects to empower local women’s groups. You’ll visit one of these groups, learn about their projects, and have lunch at a cafe run by local women. At sunset, walk up to the Eagle’s Nest for an unforgettable view of the surrounding mountains including – on a clear day – Rakaposhi, Ultar, the Bublimotin, and Spantik.