Galapagos Santa Cruz and around

Galapagos Santa Cruz and around

Relax and unwind on this week-long tour from Ecuador’s beguiling capital to the Galapagos Islands. Be charmed by Quito, learn about the incredible conservation efforts on Isla Santa Cruz, sail turquoise waters, stroll along sandy white beaches, visit faraway islands, get up close to the island’s unique wildlife and lose yourself in the tranquillity of this alluring archipelago. Stunning scenery, surreal landscapes, spectacular sailing – this is about as blissful as it gets. 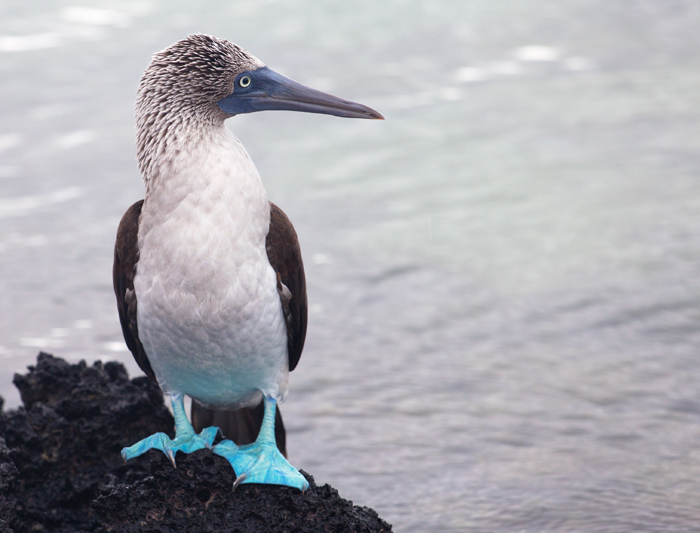 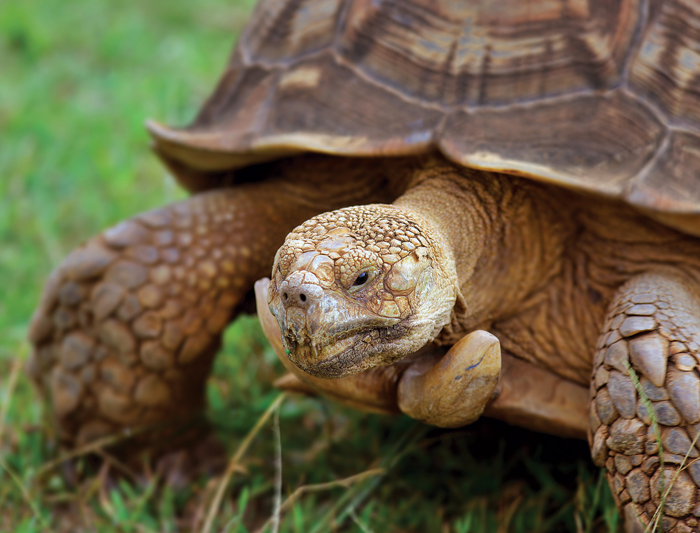 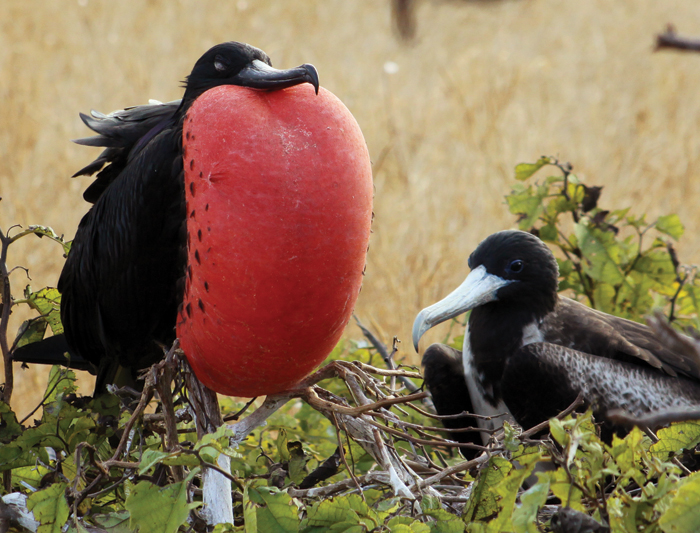 Arrive in Quito and meet with your local Intrepid representative in the evening. Sitting at an altitude of 2,850 metres under the gaze of Volcan Pichincha, Quito is one of the most attractive cities in South America. Long and incredibly thin, the city stretches along a central valley formed by the east and west ranges of the Andes. Although compact, Quito's Old Town is full of historic buildings – there are more than 30 churches to explore – not to mention the fascinating museums. In any free time, pass by the lively Plaza Grande and Plaza San Francisco, and see Ecaudor’s most impressive church – La Compania de Jesus – with its ornate facade and intricately decorated and gold-gilded interior. Look out for the 30-metre-high statue of ‘La Virgen de Quito’, which sits atop ‘El Panecillo’ hill. There are also many day trips outside the city if you have time or arrive early, such as Cotopaxi National Park, Papallacta Hot Springs, or Bellavista Cloud forest. Maybe find a local restaurant on La Ronda Street for dinner tonight.

Early in the morning, transfer to Quito airport and then see the Galapagos Islands dotted like pearls in the ocean as you fly to Santa Cruz Island (approximately 3.5 hours). Departure time will be between 8.20am and 10.30am, depending on flight schedule time. The Galapagos National Institute has introduced a Transit Control Card. This costs US$20 and must be purchased by every person travelling to the Galapagos Islands after checking in at Quito airport. Your flight stops once in Guayaquil to pick up more passengers. Upon arrival, you need to go through immigration and then pay the Galapagos National Park entrance fee of US$100 in cash (small bills please). Once you arrive in Baltra airport, your guide will be waiting to take you to the Hotel in Santa Cruz. After lunch, your guide will take you to the Charles Darwin Research Station, where you'll learn about the foundation’s efforts to protect the fragile ecosystem of the islands. You might see the breeding program and get up-close to new born and young giant turtles. On Days 3 and 4 you will visit two of the below islands (one island per day). The islands you visit will depend on the day of the week you travel. Bartolome: Bartolome is the most recognizable and photographed island in the archipelago thanks to its distinctive pinnacle rock. You’ll walk along a wood trail to the top of this once-active volcano, seeing the different lava rock formations that were created during the formation of island on the way. At the top you’ll have a fantastic panoramic across to Santiago Island’s Sullivan Bay – look out for the surrounding plants like lava cactus, as well as Darwin`s finches. After the walk, take a zodiac ride along the island to meet the cheeky Galapagos penguins, and then disembark on the beach for some snorkelling. This is a great place to see white tip reef sharks, sea turtles, many fish, and maybe swim alongside sea lions. You’ll then return to Puerto Ayora. Seymour: The small island of North Seymour is home to many different species of animals, and is the best place to see the frigate birds with their bulbous red throats, watch the iconic blue footed boobies dance, spot land and marine iguanas, and search for Galapagos sea lions and fur seals. On a two-hour walk around this magical island you’ll also spy other sea birds like swallow-tailed gulls and shearwater, as well as many tropical birds. After the walk you’ll return to the boat for lunch, then sail to Bachas beach on Santa Cruz Island. This is a nesting area for sea turtles and there’s a small lagoon where flamingoes can occasionally be seen. You’ll also strap on your mask again for some snorkelling through the beautiful waters. Santa Fe: Taking an 80-minute boat ride from Puerto Ayora, cruise to one of the most beautiful bays in the Archipelago. Here the pristine colour of the water allows you to see the bottom, and you might swim alongside eagle rays, sting rays, sea turtles and lots of fish. Santa Fe is known for its large colony of sea lions that lounge around on the two beaches. On the shore there are two trails that can be hiked – both give you the opportunity to see the Santa Fe land iguana, which is found only on this island. One of the trails is into the opuntia forest, home to the archipelago’s largest trees, and you can hike along the cliffs. The vegetation of Santa Fe is notable for the very large Prickly Pear Cacti. After the walk, return to the boat, where it’s time for some snorkelling in the pristine waters – sea lion pups will be eager to swim along too. Then make the return journey to Puerto Ayora. Plazas: South Plazas is located on the east cost of Santa Cruz Island. It was formed from uplifted marine lava and is one of the smallest islands on the archipelago. It’s one of the most concentrated wildlife sites around through. Disembark at a small dock frequently occupied by sea lions, then walk through a small forest of prickly pear cacti, decorated with their yellow flowers, and look out for land iguanas waiting for the fruits and flowers to fall to the ground. Make your way up to the top of a cliff, where you can often see a shoal of the native yellow-tailed mullet in the waters below. Look up for views of swallow-tailed gulls, tropical bird, frigate birds, and pelicans. At the eastern end of the island bull sea lions congregate to rest and recover their energy after losing their territory; and plot to once again become the beach master. After this enjoyable walk, return to the boat for lunch, and then sail to Punta Carrion for some more snorkelling. This is a great chance for underwater photos of sea turtles, white tip reef sharks, sea lions and many fish. You’ll then return to Puerto Ayora.

Today is a free day to take your own trips based on whatever your interested in. You might marvel at the underwater world with some diving, or hike to the misty forest highlands of the Santa Cruz. Here you’ll observe giant tortoises in their natural habitat of the scalesia cloud forest and be surrounded by abundant wildlife. You could kayak around Tortuga Bay, strap on a snorkel once more, or head to Las Grietas, a series of volcanic crevices that were formed during the cooling of molten lava and offer an incredible place to take a swim. You could even hire a speed boat and go to Isabela island for the day. This is one of the most volcanically active places in the world, and you can walk from Puerto Villamil through mangrove forests and saltwater lagoons to reach a Tortoise Breeding Centre.

On Day 6 you’ll be transferred to the airport in time for your flight to Quito. You can expect to arrive at your hotel by 3-4pm. Spend a final day and night in Quito – you might like to get out and enjoy the nightlife of this vibrant Latin city.

There are no activities planned for the last day of the trip and you can depart at any time. Hotel check out is normally at 10am. Notes: After your travels, we want to hear from you! We rely on your feedback. We read it carefully. Feedback helps us understand what we are doing well and what we could be doing better. It allows us to make improvements for future travellers. Leave your feedback here - www.intrepidtravel.com/feedback