Explore the ancient and modern history of Thailand with a three-day trip from Bangkok, taking in Kanchanaburi and Ayutthaya.. Uncover a golden age of Siam with the royal residences and atmospheric temples of ancient Ayutthaya.. Swim in idyllic rock pools fed by waterfalls in the seven-tiered Erawan National Park.. Take a ride on the Death Railway and learn all about this tragic part of history at the Hellfire Pass Memorial Museum.

Leave behind the fast-moving streets of the Thai capital and take time out to experience Ayutthaya, a World Heritage-listed wonder near the border of Burma (Myanmar). Explore this ancient Siam capital with a knowledgeable local guide, and bear witness to timeworn temples, bell-shaped chedis and intricately carved relics of Thailand’s golden era. Travel onwards to the shady town of Kanchanaburi and pay tribute to the brave POWs who perished while building the infamous Hellfire Pass and Bridge on the River Kwai. Delve further into World War II history on a visit to the War Museum and Allied Cemetery before this historical sojourn completes the loop back in Bangkok. End the journey amid the buzz of night markets, sidewalk restaurants and colourful, chaotic streets. 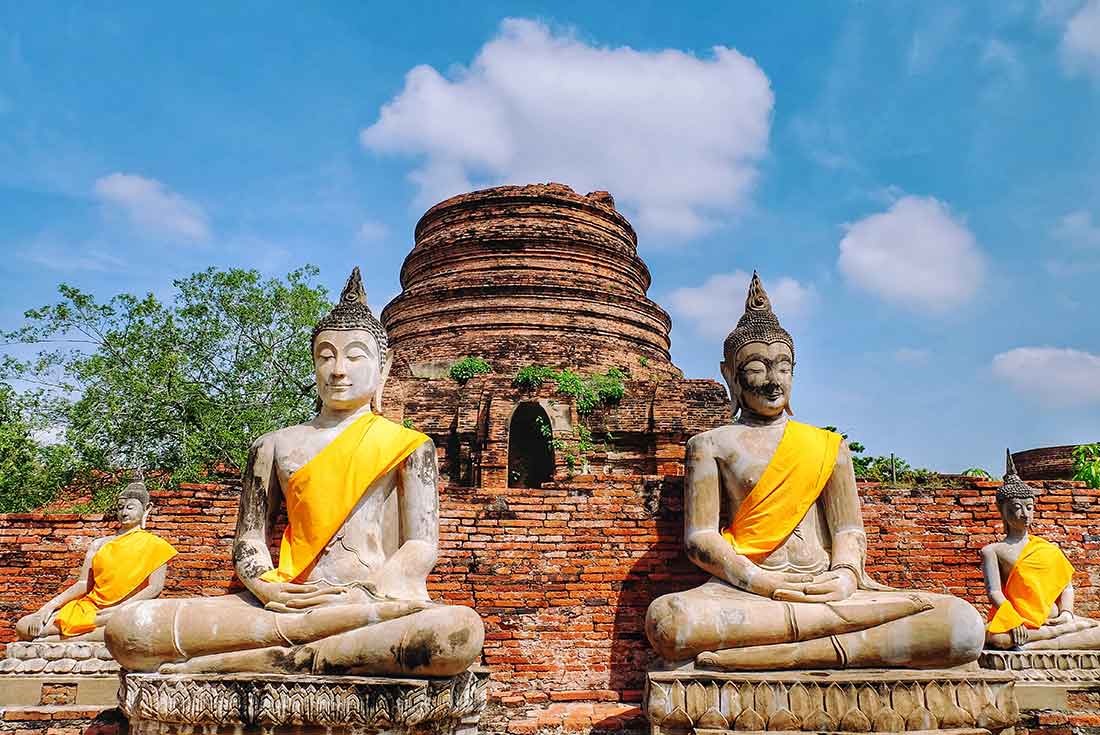 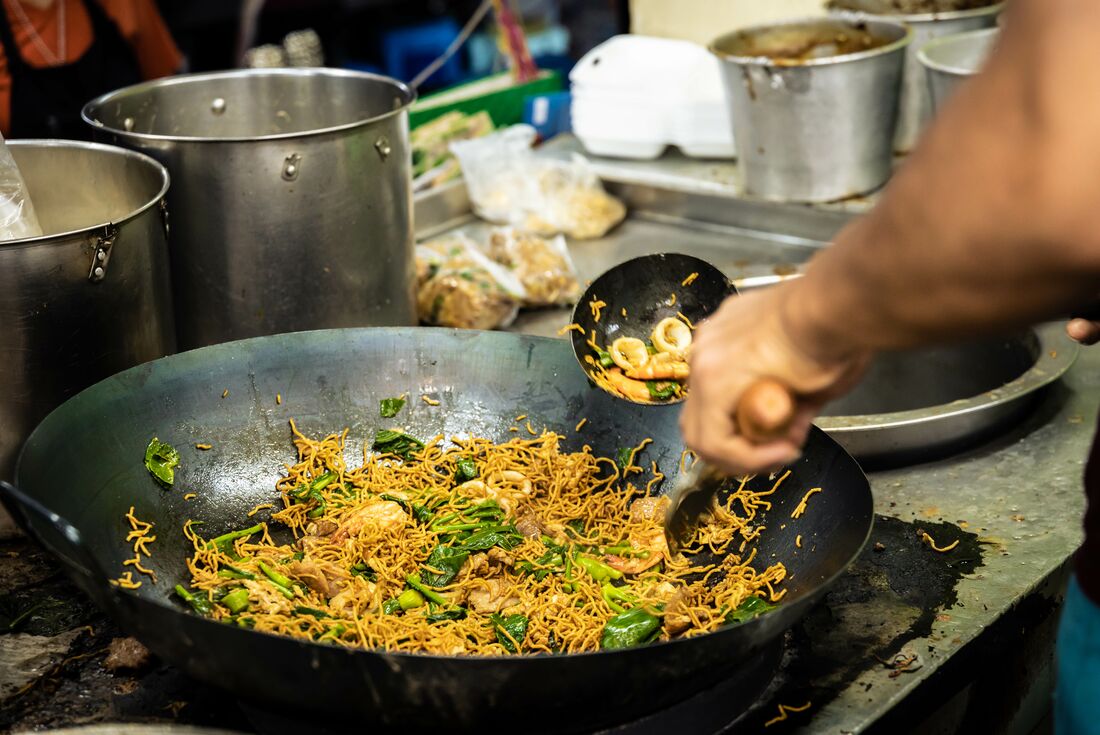 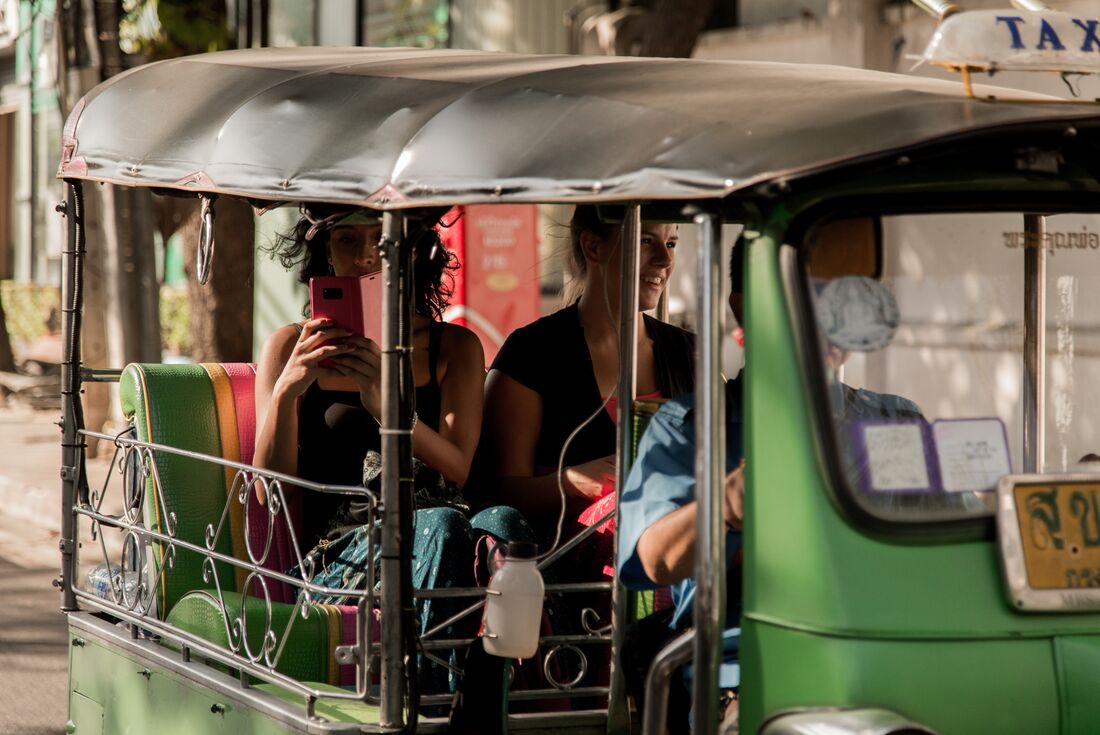 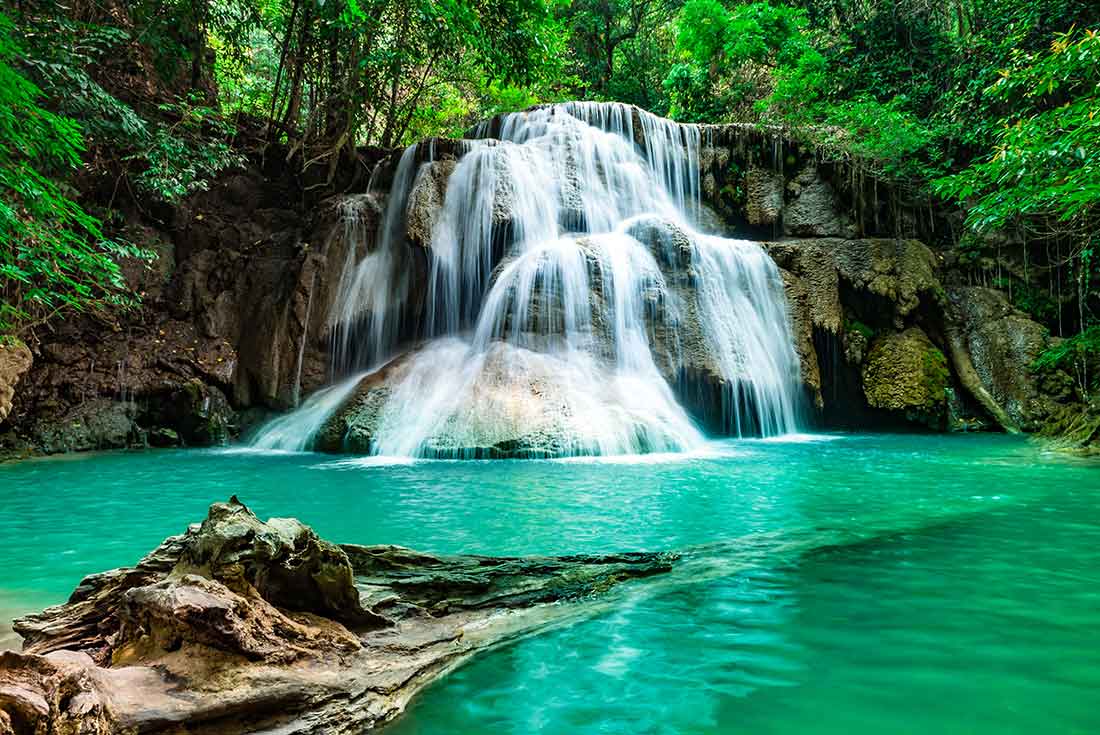 Sa-wat dee! Welcome to Thailand. Around 8 am-9 am this morning you’ll be picked up from the joining point hotel, along with other travellers in your group. If you prefer to be picked up from a different, centrally located hotel in Bangkok, please advise your booking agent at least 14 days before your departure date. Your first stop is the Bang Pa Inn Palace, a former summer retreat of Thai kings on the Chao Phraya River 65 kilometres north of the capital (approximately 1.5 hours). Admire the magnificent grounds, which are a combination of European and Thai designed buildings and gardens. Next, visit Ayutthaya, one of the ancient capitals of Siam and a World Heritage site. Here, explore Wat Yai Chai Mongkhon, a temple that might offer a glimpse into the future, as it’s home to a fortune teller. Continue to Wat Phanan Cheoeng, Ayutthaya's answer to the Taj Mahal (approximately 40 minutes). It’s one of Ayutthaya's oldest temples and home to a 19-metre-high Buddha image. Behind the temple is a small 18th-century shrine built to honour a Chinese Princess, who drowned herself because of the king's infidelity. After lunch, move on to the 13th century ruins of Wat Phra Mahathat. The rows of Burmese beheaded Buddhas are very atmospheric, and a Buddha head surrounded by Banyan tree roots is perhaps the most photographed site in all of Ayutthaya. Head west to Kanchanaburi (approximately 3 hours) and check in to your resort, located on the famous River Kwai.

In the morning, set off to visit to Erawan National Park (approximately 1.5 hours) where you can explore the famous seven-level waterfall or simply swim and relax. The falls are considered the most beautiful in the whole country, with glacial blue waters rushing through the forest into bamboo-shaded pools perfect for a refreshing dip. If you want to make the climb all the way from level one to level seven it’s about a ninety-minute hike, with the uppermost level usually quiet and with a stunning view over the jungle below. Be sure to pack your swimming gear, but also appropriate footwear if you’re going to make the walk. After lunch, travel (approximately 1 hour) back towards Kanchanaburi, where you'll learn about a tragic part of the area's history. Hellfire Pass memorial was built to honour the Allied POWs and Asian conscripts who died while constructing some of the most difficult stretches of the Thai-Burma Death Railway – the eponymous pass, cut through rock 18 metres deep, got its name from the hellish fires used to light the work at night. Then you'll travel a short distance (approximately 20 minutes) to Nam Tok Train Station - The end of the original death railway station during the second world war which was constructed by the allied POWs. Take a ride along the historic tracks alongside the Kwai Noi River, passing through Tham Krasae station which is one of the most beautiful panoramic scenes of the Kwai Noi river from the curves of the wooden railway line close to the mountainside. After arriving at Kilen Train Station, transfer back to the hotel (approximately 30 minutes). Tonight there's an option to head into Kanchanaburi's famous night markets and try a variety of Western Thai dishes.

After breakfast, head out on an orientation of the sights surrounding the town on board a traditional saamlaw (tricycle). This will include the WWII War Museum, the Allied War Cemetery, and the Bridge over the River Kwai itself. Travel through magnificent scenery and back to a dark time in the area’s history, and spend a moment reflecting on those who were forced to give their lives in the process of bending this environment to man’s will. You will then end this short adventure with a return to Bangkok (approximately 2 hours), where your trip ends in the afternoon at approximately 2 pm. Notes: There is no accommodation included tonight.