What better way to see the historic towns, protected forests and stunning islands of Croatia’s Dalmatian Coast than aboard a private yacht? All aboard for a week in paradise. Set sail out of beautiful Dubrovnik. The World Heritage-listed walled city plays host to film crews every year. Wander the length of car-free Lopud in the idyllic Elafiti Islands. Discover the lush forests of Mljet, which are yet to be spoilt by mainstream tourism.

Experience the old-world charm of Croatia on a sailing odyssey from Dubrovnik to Split. Spend days cruising around impressive coastlines, exploring lush national parks, wandering through medieval towns or rolling off the boat into warm, turquoise waters to swim. Contrast this emergence into Croatia’s natural beauty with regular doses of the unique culture and tastes of the lively restaurant and bar scene, indulging in fresh seafood and regional wines while looking onto stunning coastal vistas. 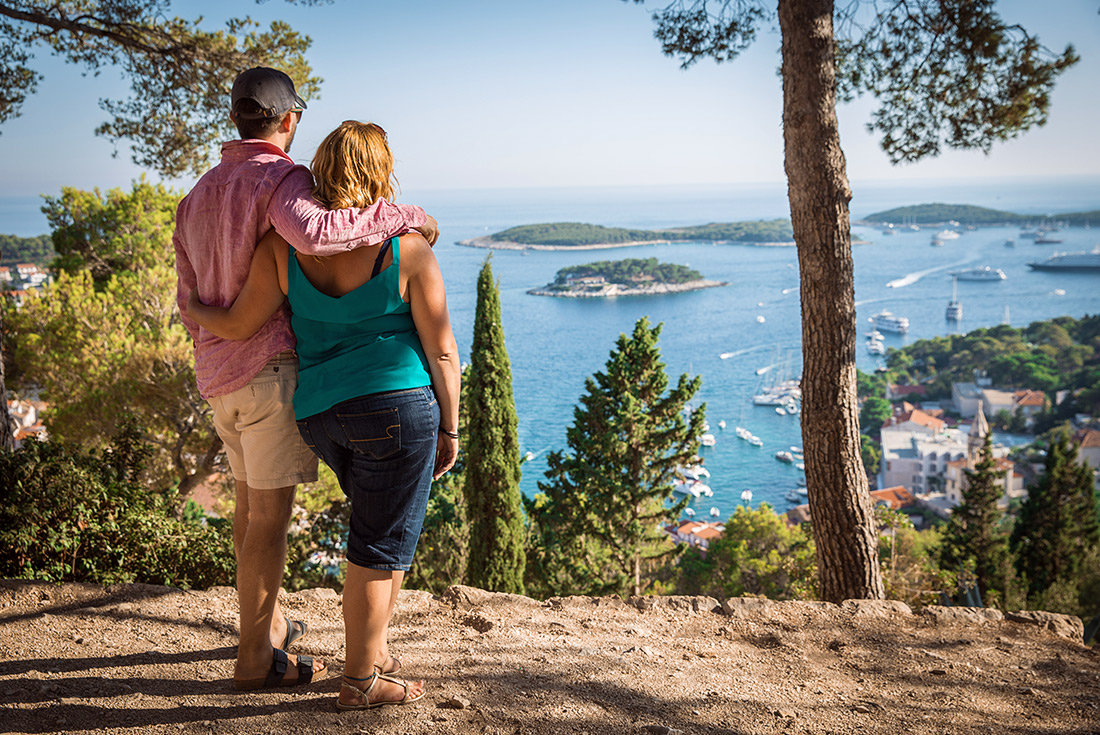 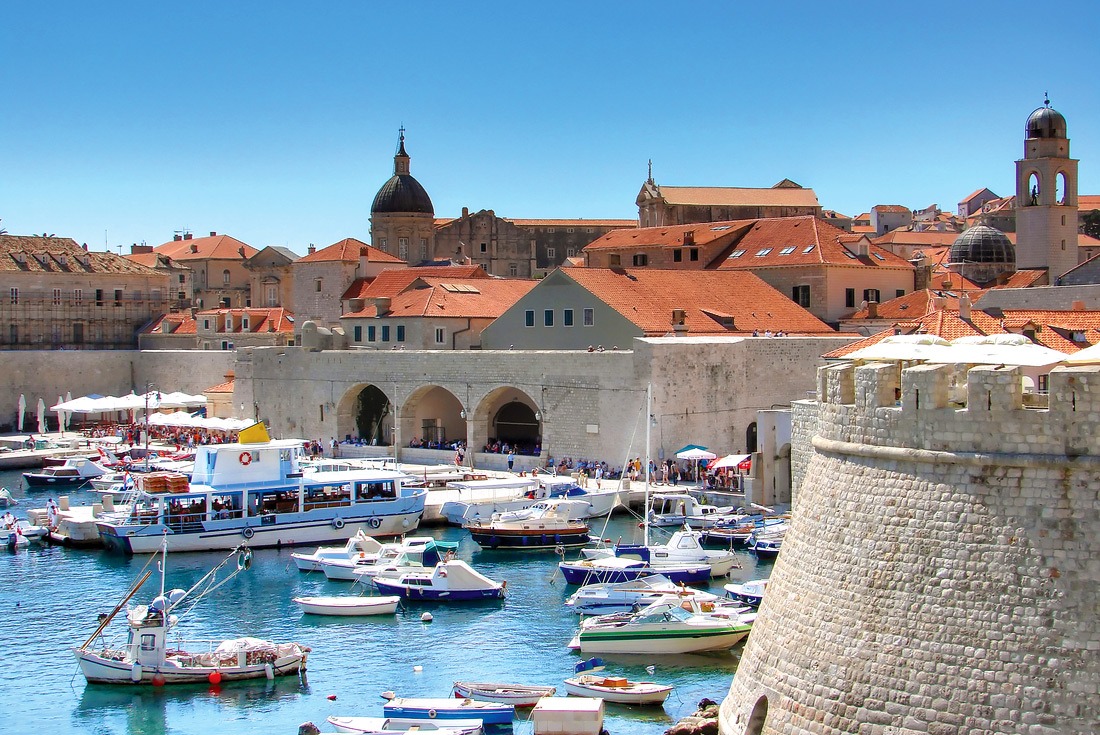 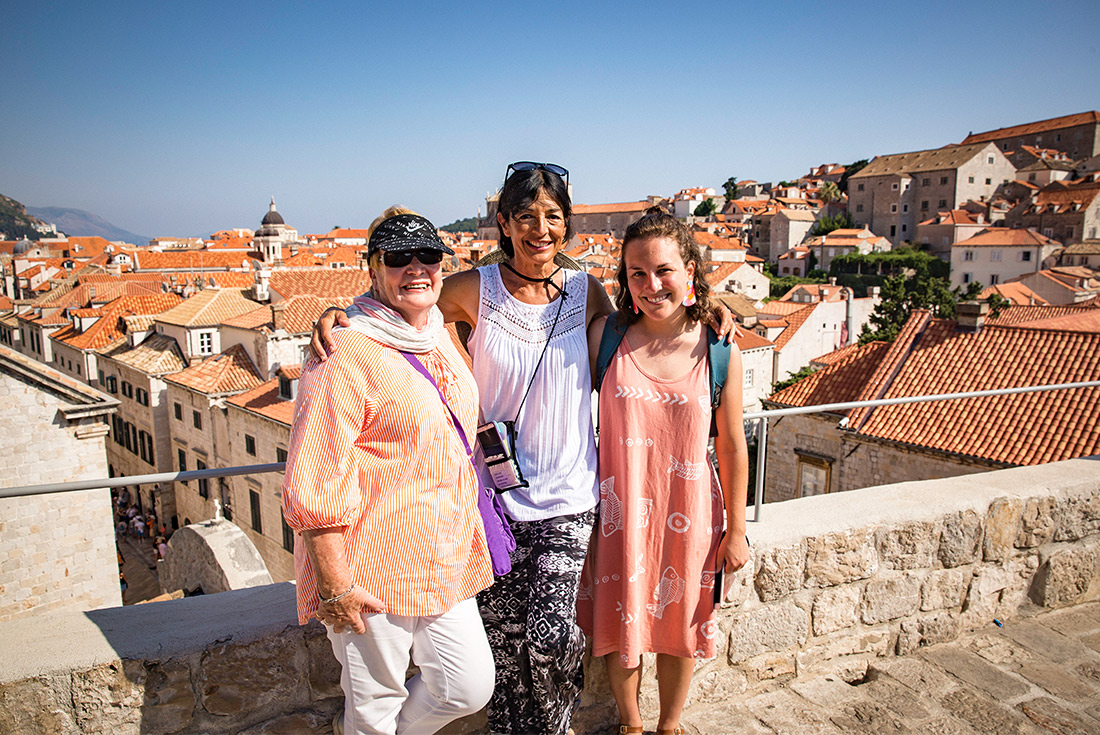 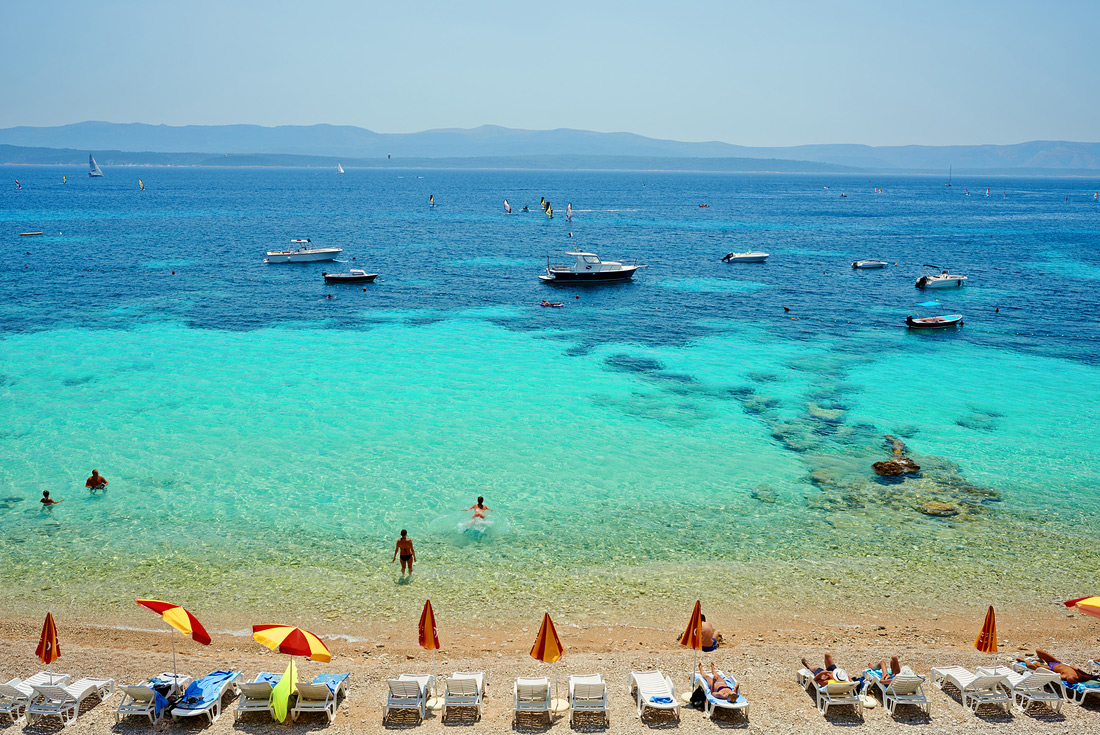 Dobro Dosli! Welcome to Croatia. Your adventure begins with a group meeting with your Skipper at 3pm on Day 1 at "Pizzeria' next to the ACI Marina reception, Dubrovnik. The first port of call is then the local supermarket to buy supplies for your trip as a group. If you have any special dietary requirements, please make sure you notify us at the time of booking so we can accommodate your requests. As we will be setting sail this afternoon, we highly recommend you arrive a couple of days early into Dubrovnik to have time to explore. The undisputed jewel of the Dalmatian Coast, Dubrovnik is a beautiful white stone town surrounded entirely by city walls. Although it experienced devastation during the war in the early 1990s, the old town – with its tiled roofs and stone buildings – remains as charming as ever. Extensive restoration has taken place to return it to its original splendour, and even today repairs are still being undertaken. With the sparkling water of the Adriatic in the background, Dubrovnik is picturesque, full of character and can easily be covered on foot. After boarding the boat, leave the mainland shores and sail the open waters of the Adriatic to the hidden paradise of the Elafiti Islands. Elafiti Islands Elafiti is made up of three main islands: Kolocep – Known as the green island because of its 100 year old pine groves, carol-trees, olive groves and citrus trees. There are also two villages to explore – Donje Celo and Gornje Celo. Lopud – This island has spectacular parks and beaches and is one of the best developed touristic islands in the Dubrovnik area. The island is also home to several monasteries and ruins to explore. Sipan – This is the largest of the island group with a long history full of stories and legends and considered one of the jewels of the area. Notes: The beauty of sailing is that each day is unique and, while we have a destination to reach, if the weather changes or something takes the group’s fancy, we are flexible on the day's itinerary. The itinerary is subject to change and may vary depending on weather. Your skipper will make the final call to ensure your safety at all times.

Mljet (Elafiti Islands to Mljet: 4 - 5 hours*) Set sail for the picturesque island of Mljet. Legendary in ancient history as the idyllic island where the shipwrecked Odysseus lived for seven years, today the island is a haven of lush national park, forests and small villages. Since Greek sailors sought haven here from storms, filling up on fresh water from the springs, the island has been inhabited by Illyrians, Romans, Slavs and Avars. In the 13th century the island was given to the Benedictine order who built a monastery in the middle of one of the island's western lakes, Veliko Jezero. In 1410, Mljet was formally annexed to Dubrovnik. Why not explore karst valleys and catch your reflection in inky blue lakes on a guided tour through the national park. Wander beneath cool pine forests, through chasms and gorges, and discover ruins such as the remains of an Illyrian fortification, a Roman palace and a 5th-century church. In the evening perhaps try the local wine – the fields and vineyards that dot the island are the foundation of the local economy, with Mljet's villagers producing wine and olive oil as they have been for hundreds of years. Korcula (Mljet to Korcula: 3 - 4 hours *) Sail north through the jewel-like waters towards Korcula. Sweep in past the round, defensive towers of Korcula Town via the Peljeski Channel. Natives of Korcula believe Marco Polo was born on the island. Whether or not this can be proved (the Venetians have a similar claim), Korcula is steeped in a long history and the islanders are proud owners of this little gem, smaller than Dubrovnik but no less precious to its inhabitants. Greeks settled in the 6th century BC (they called the island Black Korcula), but the town was also occupied by the Romans, the Slavs, and then the longest period of rule passed to the Venetians between 1420 and 1797. Even Napoleon was ruler for a while. As a result of all these influences, Korcula has a stunning Old Town – romantic and evocative. And what's more, there are plenty of warm beaches to relax on if that's more your speed. Vis (Korcula to Vis: 4 - 5 hours *) Cruise to Vis, which is the furthest island from the mainland. Vis has retained it charm and laid back lifestyle, and you can take an optional tour to learn about the island’s history – with it passing between Greek, Roman, Venetian, Napoleonic, Austrian and Italian hands. Visit nuclear fallout shelters, churches and vantage points with great views across the ocean. If the tide is low, visit the stunning blue grotto of Cave Bisevo. Hvar (Vis to Hvar: 3 - 4 hours *) Voyage along the Neretvanski Channel away from mainland Central Dalmatia to the 'Queen of the Dalmatian Islands', Hvar. Settle in for an afternoon of beach-hopping, enjoying seafood fresh from the day's catch and kicking back with cocktails on the waterfront. Hvar has an air of Venice about it – wander around towns with wonderfully preserved Renaissance facades, hike past dramatic jagged limestone cliffs and slow your pace to enjoy the undulating farms, ancient olive groves and fields of rosemary and lavender. There’s an option to cross the island by car to Hvar Town, often known as the ‘San Trope of Croatia’. Brac (Hvar to Brac: 3 - 4 hours *) Sunny Brac is the largest island in central Dalmatia, set among steep cliffs and a distinctly Mediterranean landscape. Villagers have farmed wine, olive oil, figs and almonds in the difficult interior of this rock-strewn island for centuries, but it's the small, beach-side towns that draw the crowds. Brac's most famous export is the gleaming white stone mined from the island's quarries, cladding buildings as deep in antiquity as Diocletian's Palace in Split, and as far afield as the White House in Washington DC. Take a leisurely cruise along the coast, soaking up the sunshine and the scenery. Weigh anchor and go for a paddle in the aquamarine sea, or snorkel and spot sea anemones, crabs, sea urchins and small fish in the pristine waters. Split (Brac to Split: 3 - 4 hours *) Sail from island idyll to city wonderland, and approach the palm-lined harbour of Split from its best side – framed by towering coastal mountains and the blue of the Adriatic. If Dubrovnik is considered the heart of Dalmatia, Split is certainly its soul. Situated on a small peninsula on the eastern shores of the Adriatic Sea, it's the second largest city in Croatia. Explore the impressive ruins of Diocletian's Palace, Split's most imposing structure and indeed some of the most interesting ruins on the Adriatic coast. Diocletian (245-313 AD) was a Roman Emperor infamous for his cruel treatment of Christians in the 3rd century. He chose the peninsula at Split to build this huge palace for his retirement, near to the Roman settlement of Salona (Solin), the ruins of which can still be seen today. You will arrive into Split at approximately 3pm so the final night of your sailing adventure is spent in this vibrant Croatian city. Perhaps enjoy a final group dinner in the evening to celebrate your journey.

After breakfast aboard the yacht, the trip ends around 10am in the exuberant city of Split. There are no activities planned for today and you’re free to depart at any time. * Please note that the sailing times listed above are a guide only and subject to change. They are dependent on weather and sailing conditions.