Best of the Western Arctic: Canada and Greenland from Toronto

Best of the Western Arctic: Canada and Greenland from Toronto

Experience some of the most uninhabited parts of the world on this Arctic exploration in Northern Canada and Greenland. From mesmerising ice fjords to colourful tundra there are endless unspoiled habitats to explore at the top end of the earth. Meet some of the local Inuit people and learn about their culture and traditions, as well as keeping watch for another kind of local – the elusive polar bear. There will be a number of opportunities to spot the king of the Arctic, so a keen eye and a well-charged camera is a must. 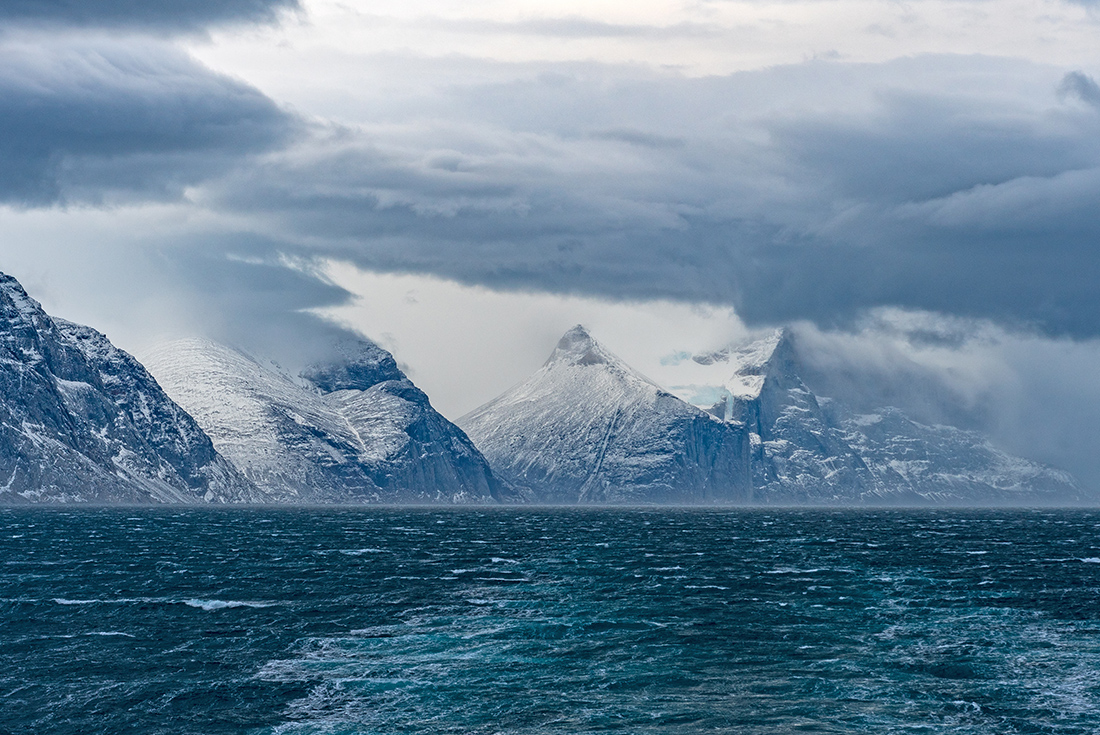 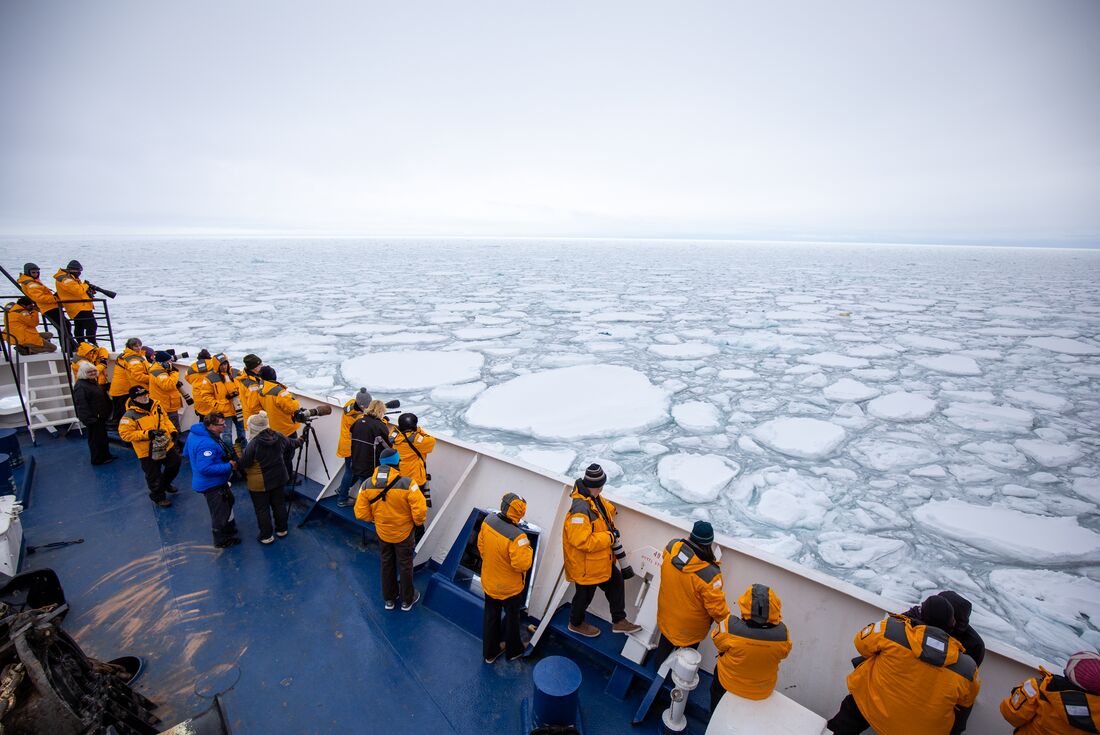 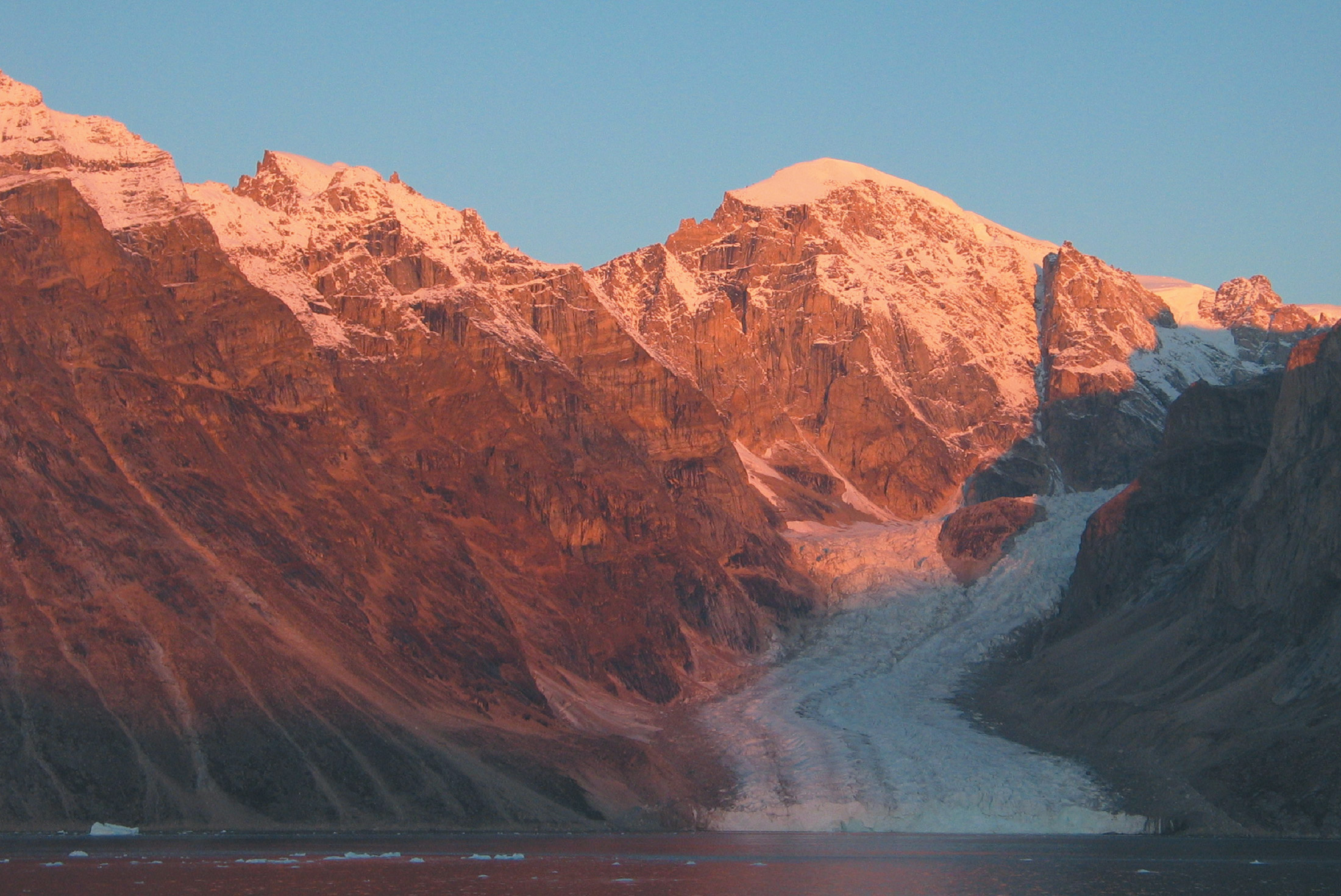 Welcome to Canada! Your Arctic voyage begins in Toronto. You can arrive in Toronto any time today and make your way to your included hotel. You will have the day to explore the city on your own, so you may want to visit one of the many museums, cathedrals or galleries – or perhaps seek out one of Iceland’s famous hotdogs from a popular street stall.

In the morning, you’ll transfer to the airport and board your private charter flight to Kangerlussuaq, a small town at the eastern head of Sondre Stromfjord, one of the longest fjords in the world. This is where you’ll board your ship in the afternoon and have time to enjoy your new surroundings from the deck as you set sail on your Arctic expedition.

Today you’ll cruise across the Davis Strait and your Expedition Team will prepare you for the adventures that await. Learn about the storied history and politics of the Arctic, its fascinating wildlife, geology, ecology and climate, and the incredible sights you will soon explore. Staff will also keep a lookout for seabirds soaring above your ship, as well as whales that frequent the waters here.

Baffin Island is the fifth-largest island in the world, it was named for English navigator William Baffin, who ventured to the area in the early 17th century in search of the fabled Northwest Passage. Your days sailing along the island’s eastern coast will be guided by weather and ice conditions, with each day and each landing presenting new adventures. Some of our favourite destinations include Qikiqtarjuaq, Isabella Bay and Sam Ford Fjord. Towering mountains, deep fjords, colourful tundra, and Inuit settlements await. The Inuit community of Qikiqtarjuaq (which means ‘the big island’ in Inuktitut) is located just north of the Arctic Circle, on Broughton Island. Fondly called Qik by locals, the welcoming hamlet offers a superb vantage point of the Davis Strait. You’ll also have a chance to support local Inuit artisans here by purchasing unique artwork, crafts and jewellery. The rarely explored Sam Ford Fjord is one of the most isolated places on the planet. It is a spectacular big-wall playground, attracting adventurous climbers eager to scale the dozens of towering vertical granite cliffs that erupt from the sea. Have your camera handy as you cruise along this impressive coastline carved by ancient glaciers—the towering formations, stacked side by side, are simply majestic.

As your ship sails farther north, you can spend your day as you like – you might like to take in a presentation by our on-board Arctic experts, sip on an icy cocktail in the bar, watch a movie or join your Expedition Team on the bridge as they scan for wildlife— there is no shortage of ways to stay entertained while at sea.

The gateway to the Northwest Passage, Lancaster Sound is one of the richest marine habitats in the Arctic. With openwater areas staying ice-free all year, it’s an important summer feeding area for whales and other marine wildlife. Your days here will be spent exploring several of the sound’s beautiful bays and inlets, discovering historical sites, enjoying Zodiac cruises and searching for such iconic wildlife as walrus, seals and, of course, whales. Polar bear sightings are possible too, as Lancaster Sound is known for polar bear sightings. If you’re fortunate, you may even spot the elusive narwhal. There may be a possibility for a shore visit at Radstock Bay, the location of one of the most impressive ancient Thule sites in the Arctic. Exploring the well-preserved remains of the subterranean houses, including the whale bones used as supports for the dwellings, will give you an understanding of how these pre- Inuit people thrived in the Far North. We will attempt to land at Beechey Island, a Canadian National Historic Site. Named after explorer Frederick William Beechey, the island is the final resting place of members of Sir John Franklin’s 1845–46 expedition to find the Northwest Passage. The graves, on a desolate rocky beach, were discovered in 1850 by a team searching for signs of the ill-fated expedition. Predominantly covered in glaciers and ice fields, Coburg Island and its surrounding waters comprise the Nirjutiqavvik National Wildlife Area. The island’s steep coastal cliffs are an ideal habitat for hundreds of thousands of nesting seabirds like Brünnich’s guillemots (thick-billed murres), blacklegged kittiwakes, northern fulmars and black guillemots.

Before saying goodbye to Canada, you’ll head as far north as possible, exploring both sides of Smith Sound, the uninhabited passage between Ellesmere Island and Greenland. Smith Sound is known for its harsh environment where few animals live, with the exception of a large population of Atlantic cod. Experience a true expedition as weather and ice determine how far north you can explore.

Your return to Greenland will have you sailing along the remote northwest coast, a land of impressive icebergs and massive glaciers. Qaanaaq, formerly known as Thule, is one of the northernmost towns in the world. Here, local Inuit share their culture and traditions, while the museum sheds light on life near the top of the world. Hopefully you’ll get to explore Melville Bay, which was a significant whaling site until the early 1900s. Opening up to Baffin Bay, the area is a major egress for the Greenland ice cap and is home to spectacular icebergs in all shapes and sizes, making it an ideal spot for Zodiac cruising. If you’re feeling adventurous, perhaps you’ll treat yourself to a unique Arctic experience by partaking in an optional paddling excursion.

As you continue sailing south along the west coast of Greenland, presentations by our on-board experts will prepare you for the adventures that lie ahead. You can also spend time relaxing in the bar, watching a movie or enjoying time up on the deck in a search for seabirds and other wildlife.

Boasting spectacular glaciers, mountainous landscapes, dramatic fjords and vibrant communities, the west coast of Greenland will leave you breathless. Some areas you’ll hopefully get to explore are Uummannaq, Itilleq and the impressive Ilulissat Icefjord. Quite possibly the most picturesque place in Greenland, the traditional Inuit town of Uummannaq (which means heart-like) takes its name from the red heart-shaped mountain that rises up a staggering 1,170 meters behind it. You’ll want to be positioned on deck as your ship approaches the shore, with your camera ready to capture the inspiring vistas of the twin peaks soaring high above the colourful houses dotting the rugged coastline. Another beautiful locale is the Ilulissat Icefjord, a UNESCO World Heritage Site. Home to Jakobshavn, one of the most active glaciers in the world, this is a great spot to enjoy a Zodiac excursion past towering icebergs. Venturing ashore in the town of Ilulissat (which means iceberg) will allow you to visit the icefjord on foot and gaze at this unforgettable river of ice from the rocky shore. Surrounded by sea and mountains, Itilleq (meaning crossing place) is situated about 2km above the Arctic Circle, in a scenic hollow on a small island. It is the southern limit of the Greenlandic sled dog. To keep the breed pure, the dogs are not permitted south of this community and all other dog breeds are prohibited this far north. Explore the town’s traditional wooden houses painted in a rainbow of colours, chat with the locals, whose main trade is fishing, and maybe challenge them to a game of football —it won’t be long before you’re experiencing Itilleq’s famous friendly vibe.

Disembark and fly to Toronto

Today you’ll say goodbye to your ship and Expedition Team before enjoying one more Zodiac ride to the shore of Kangerlussauq to board your charter flight back to Toronto, Canada. Upon arrival in Toronto, you’ll be transferred to your included hotel, where you can rest for the remainder of the day. Otherwise, if you’re feeling energetic you can head back out to explore more of Toronto and perhaps enjoy a final dinner with your fellow travellers.

Today marks the end of your Arctic journey. If you have booked post-expedition accommodation, you’ll be provided with a transfer to a central downtown location, otherwise, you can make your way onward.