Track rhinos on foot with an expert local guide in Matobo National Park and support local conservation efforts with a visit to Khama Rhino Sanctuary.. Immerse yourself in the ancient culture of the Venda people at a two-night village homestay in South Africa’s Limpopo province.. Camping on a remote island in the heart of the Okavango wilderness is an experience you’ll never forget. As the sun sets and night falls, the sounds of Africa come alive.. Explore the magnificent Makgadikgadi Salt Pans, some of the largest salt flats in the world. These mind-bending plains make for some magical photography.

Discover southern Africa’s waterways and national parks – plus the wildlife that call them home – on this 18-day Lonely Planet Experience, powered by Intrepid. Canoe down the lush waterways of the Okavango Delta, watch hippos wallowing along the shores of the Chobe River, safari in the vast parks of Hwange, Kruger and Matobo and sleep under the stars in campsites and village homestays. Join Intrepid and Lonely Planet on an adventure through southern Africa’s most beautiful landscapes in search of elephants, lions, rhinos, warthogs and leopards. 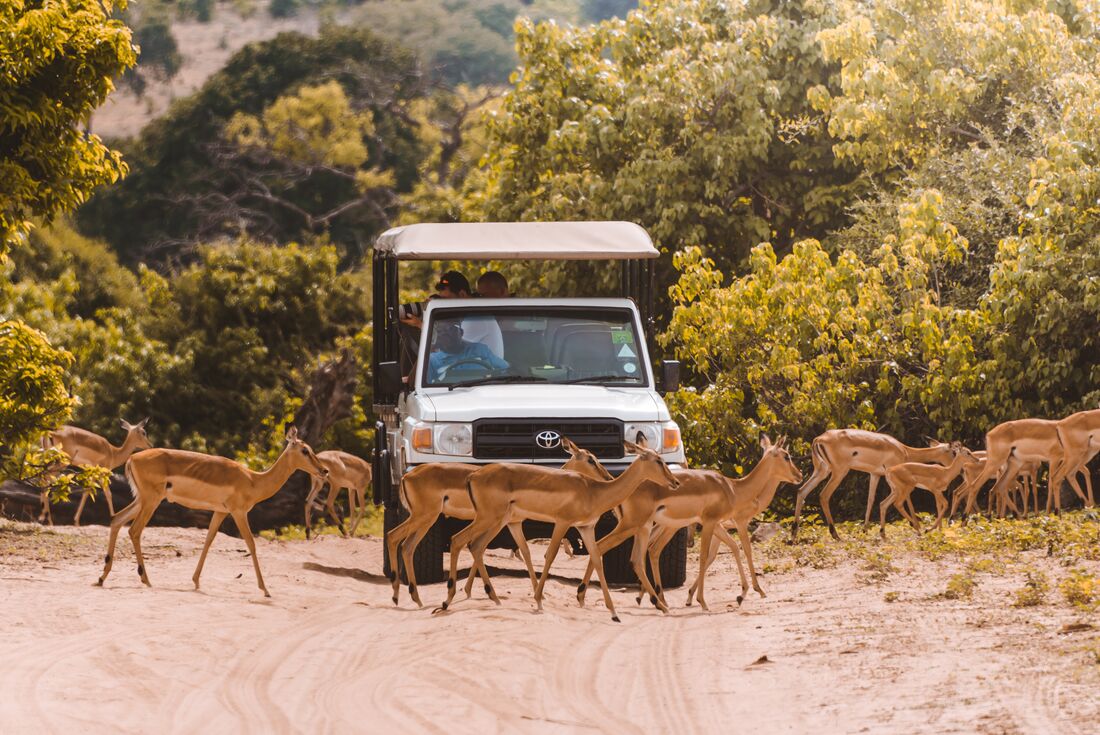 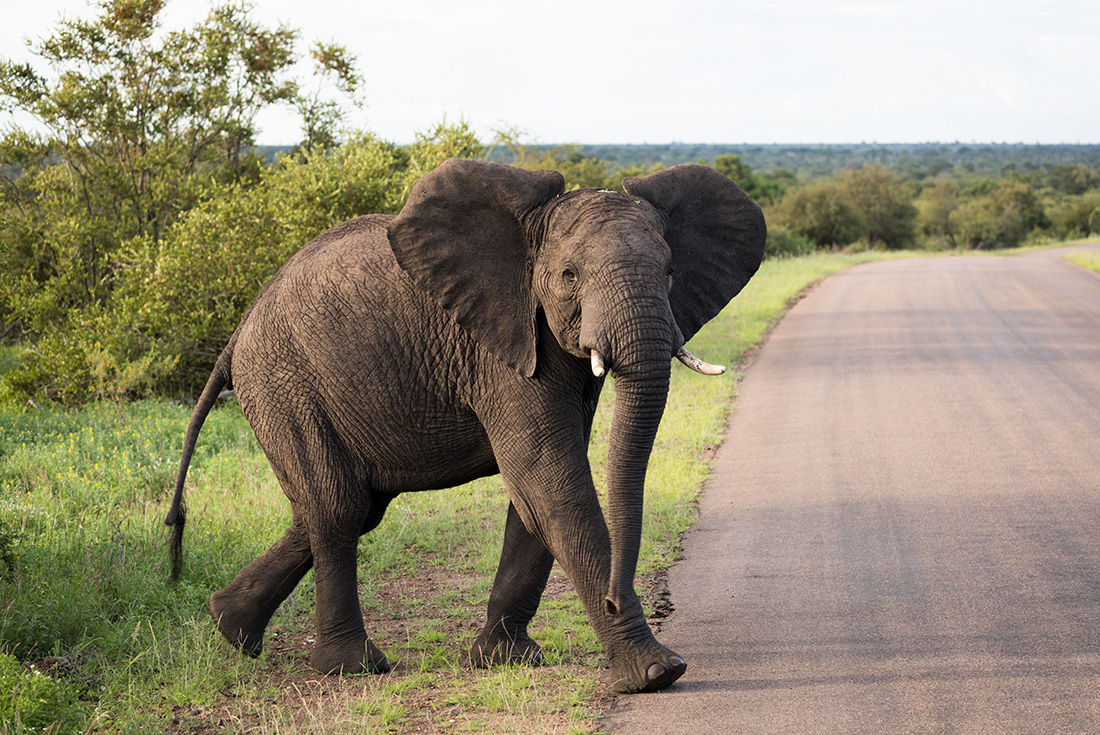 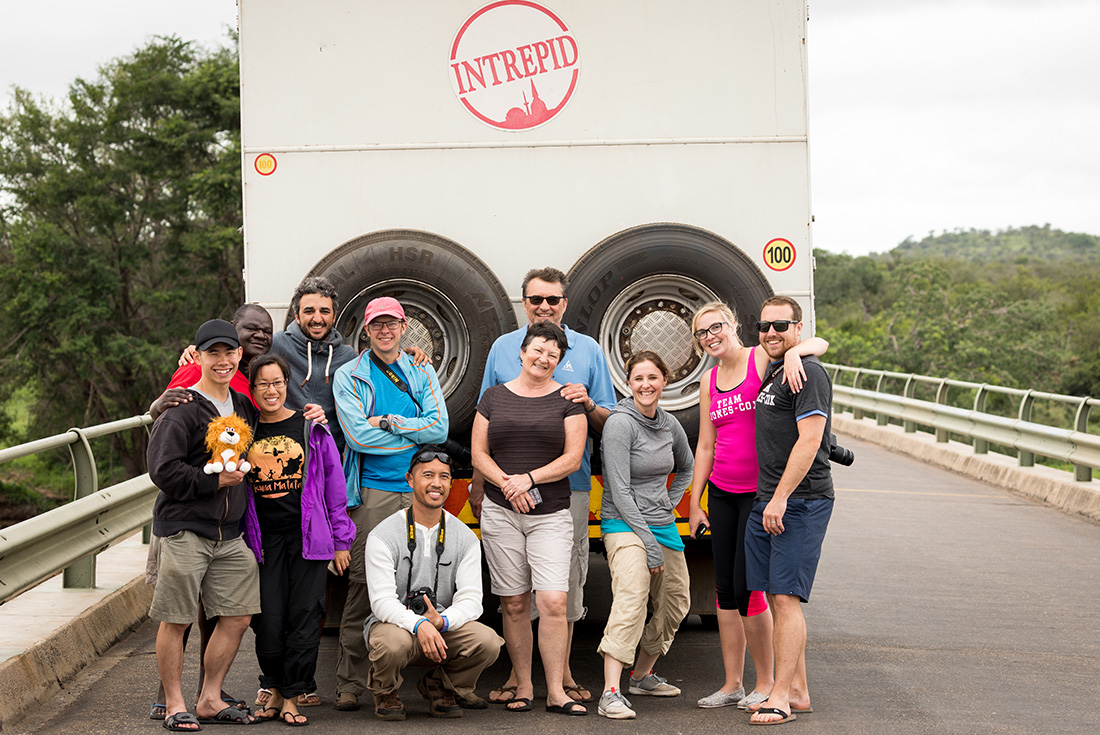 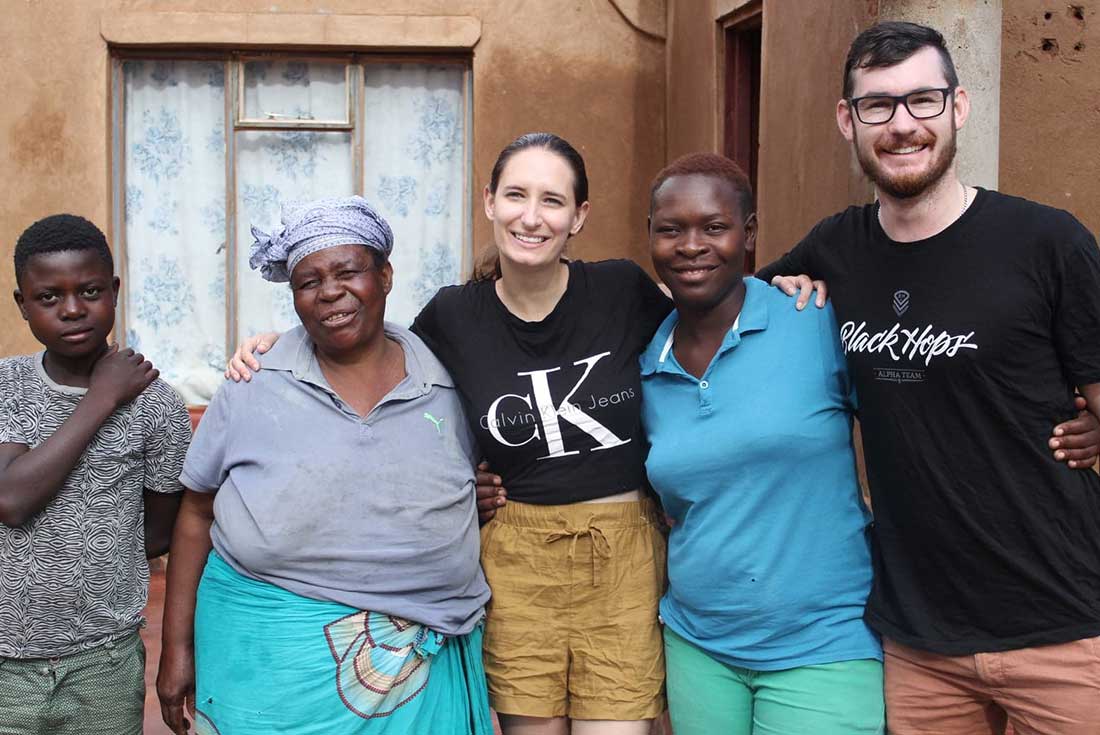 Sawubona – welcome to South Africa! Your adventure begins with a welcome meeting at 6 pm. If you arrive early, get out and explore Johannesburg; the country’s largest city. Perhaps visit the cultural hotspots of Newtown, Braamfontein or Maboneng. Otherwise, the sobering Apartheid Museum is well worth your time. After your important meeting this evening, why not head out for an optional group dinner and get to know your newfound travel crew – your local leader will point you in the right direction with bar and restaurant recommendations.

Leaving South Africa behind, cross the border into Botswana and travel towards the Khama Rhino Sanctuary (approximately 8–10 hours). Situated on the edge of the Kalahari Desert, the Khama Rhino Sanctuary has drastically changed from a former hunting area to a conservation project. Built to protect Botswana's only remaining populations of both black and white rhinos, the sanctuary is also home to other wildlife including zebras, giraffes, leopards, ostriches and wildebeest, all of which can be seen grazing the many waterholes. Visiting this project benefits local communities and directly contributes to protecting the endangered white rhinoceros. Later on, head out on a dusk game drive to see the rhinos when they are most active.

Jump aboard your vehicle and head to Maun (approximately 8–9 hours). Here there will be an opportunity to stock up on any supplies you might need for your adventure ahead. Maun is the gateway to one of the world's most complex ecosystems, the Okavango Delta. This place is unlike anything in the world – a 16,000 square kilometre maze of lush wetlands and waterways teeming with wildlife. You might see hippos, crocodiles, elephants and big cats, but it's the animals aren’t the only drawcard here – the waterscapes and shimmering horizons will have you gazing for days.

Get right in the action today, jumping aboard a traditional mokoro – a dugout canoe steered by friendly local 'polers' – for an Okavango waterways experience. With some luck, you could spot some of the delta's unusual wildlife and exotic birdlife. Spend some time today exploring the maze of lagoons, lakes and streams on foot too, led by experienced local guides. Tonight, you’ll camp on a remote island right in the heart of the wilderness, falling asleep to the humming and buzzing of the African heartlands.

Wake up early and head out on a sunrise walk. Along the way, keep watch for elephants, and if the timing is right, you might also come across some Cape buffalo! These noble-looking beasts are more dangerous than they look, and their horns double as a kind of bone shield that's fittingly known as a 'boss'. Returning to camp for breakfast, you’ve got the rest of the day to relax. A refreshing swim, or perhaps a nap, could be on the cards – both good ideas in the warmer part of the day. Alternatively, take another mokoro trip to soak up that serene river atmosphere.

After taking down your camp, return to the ‘poler’ station by mokoro, before continuing your Lonely Planet Experience to Maun by vehicle (approximately 2–3 hours). Today you'll visit a rural village and interact with some of the locals, providing insight into daily life along the Okavango Delta. The waterways are the lifeblood of so many in this area, so learn more from locals about how important these fertile lands are. Tonight, settle in at camp on the outskirts of town.

Get up early and hit the road for Nata (approximately 6–7 hours). This small town is situated near the stunning Makgadikgadi Salt Pans which are some of the largest on earth, covering around 12,000 square kilometres. This afternoon, take the opportunity to explore the salt pans in an open vehicle. They are naturally dry and salty for a large part of the year, and during this time, the arid landscape has an eerie feel to it as the shimmering mirages disorientate the senses. At other times they take on a layer of grass and, as soon as the rains hit, become a refuge for migratory birds and animals.

Hit the road to Chobe National Park (approximately 6–7 hours). Botswana's first national park is perhaps best known for its high concentration of elephants, which can often be seen swimming in the Chobe River. The river also attracts wallowing hippos, a variety of birdlife, crocodiles sunning themselves by the water's edge, and cheetahs and lions coming down to drink. Enjoy a sunset cruise on the Chobe – an ideal way to spend the afternoon and toast to another day in Africa.

Why not wake up early and see Chobe National Park from a different perspective, booking yourself in on an optional morning game drive. Afterwards, travel on to Victoria Falls (approximately 2–3 hours), crossing the border into Zimbabwe just in time to have lunch on the banks of the Zambezi River. Then it's free time to experience the sights and sounds of the mighty falls. This thundering curtain of water is about 1.7 kilometres wide, falling 108 metres into a narrow gorge below. In the wet season, the spray created can rise an incredible 400 metres as the falls become a raging torrent. In the dry season, the view of the falls is unobstructed by spray and you can see the little islets in the river below.

Enjoy a free day to explore or relax at your leisure. There will be a group meeting at 6 pm where you can meet any newbies joining your group.

Leave Victoria Falls behind and head to Hwange National Park (approximately 5 hours, depending on traffic) via the Victoria Falls Wildlife Trust – one of the projects The Intrepid Foundation supports. Here you can learn about the rescue and rehabilitation of wildlife, human-wildlife conflict and the Trust’s role in anti-poaching. There may also be a chance to meet any rescued or orphaned wildlife currently in their care. At Hwange National Park, you will explore this stunning wildlife arena in an open 4WD vehicle. It became the royal hunting grounds of the Ndebele warrior-king Mzilikazi in the early 19th century and was set aside as a national park in 1929. Today, Hwange boasts a tremendous selection of wildlife, with over 100 species of mammals and nearly 400 bird species. The elephants of Hwange are world famous – here you'll find one of the largest elephant populations in Africa.

Leave Hwange in your dust as you make tracks for Matobo National Park (approximately 5 hours). Shortly after leaving Hwange, stop at the Painted Dog Conservation Centre. The loss of quality habitat and poaching are driving the painted dog (also known as African wild dog) towards extinction. Learn about how they protect and increase the range and numbers of painted dogs in Zimbabwe and the Hwange ecosystem as a whole. Then it's on to Bulawayo, Zimbabwe's second-largest city. Take a stroll through the streets lined with old colonial buildings and stop in at a local cafe or restaurant for lunch before heading to your camp for the next two nights. Home to a large population of black and white rhinoceroses that can be tracked on foot, Matobo National Park is also the site of the grave of Cecil John Rhodes, the founder of Rhodesia and the De Beers diamond company. The Matobo area has great spiritual and cultural significance to the local people and there are many sites within the park where important ceremonies still take place.