Go behind the scenes of Mongolia’s Naadam Festival and visit the athlete’s training camps as they prepare to compete in the Naadam Festival.. Live the nomad life with a family stay at a horse breeder’s camp.. Experience the phenomenal landscapes of central Mongolia.. Attend the Naadam Opening Ceremony and watch athletes compete for glory in wrestling, horse racing and archery.

The ancient Greeks may have the Olympics but the Mongols have Naadam. Mongolia’s annual circus-like Naadam Festival is a centuries-old tradition that dates back to the era of the great Khans and their dynasties. Wrestling, archery and horse racing — the three skills that Chingis Khan considered essential for any Mongol warrior — are showcased at the country’s largest celebration of the “three manly sports”. Come behind the scenes as we meet the competitors in the lead up to the festival and discover some of Mongolia’s wild outback, visiting ruined monasteries, flaming cliffs and historic cities. 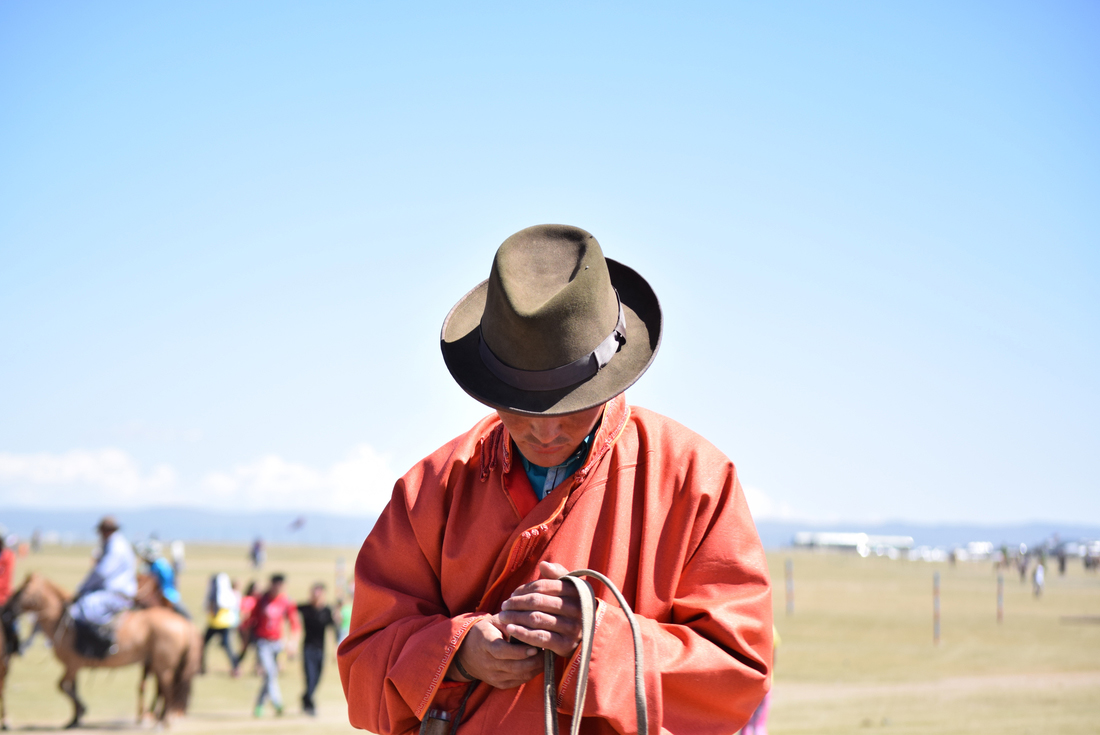 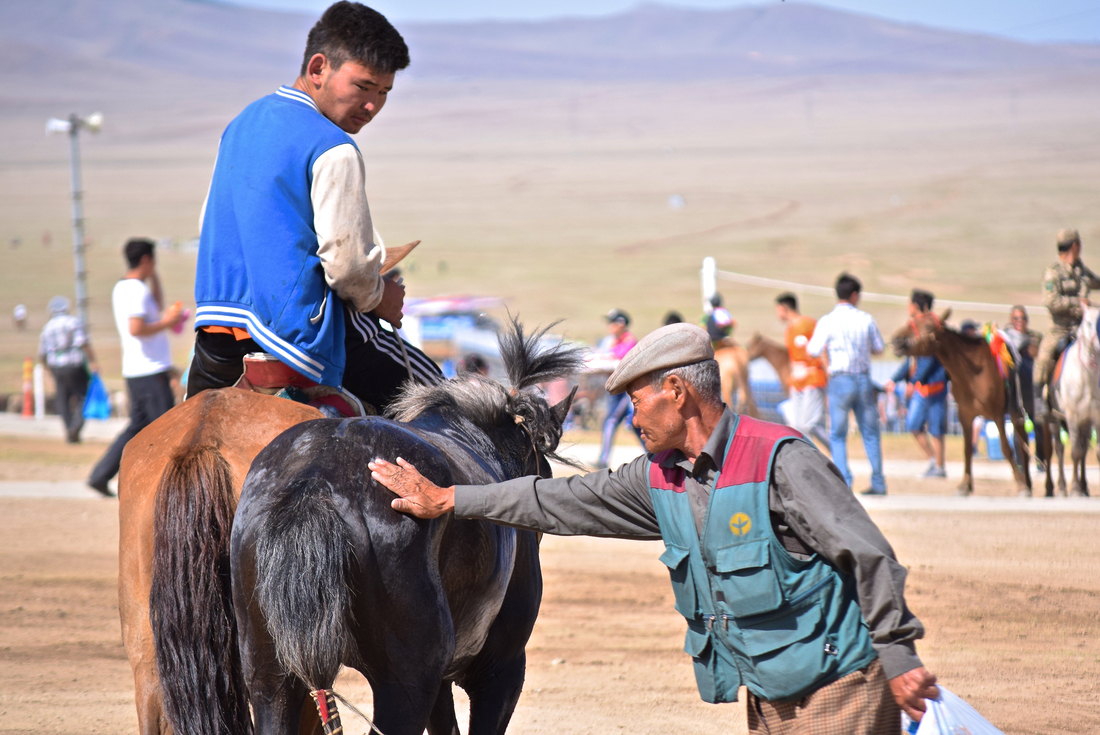 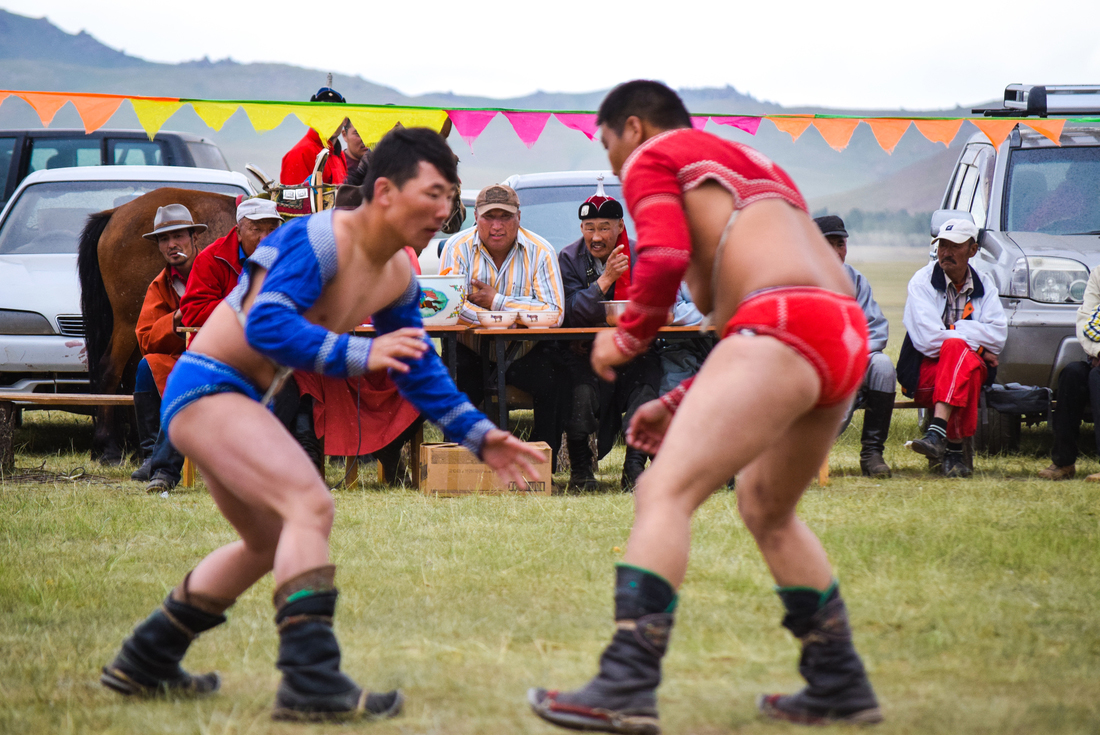 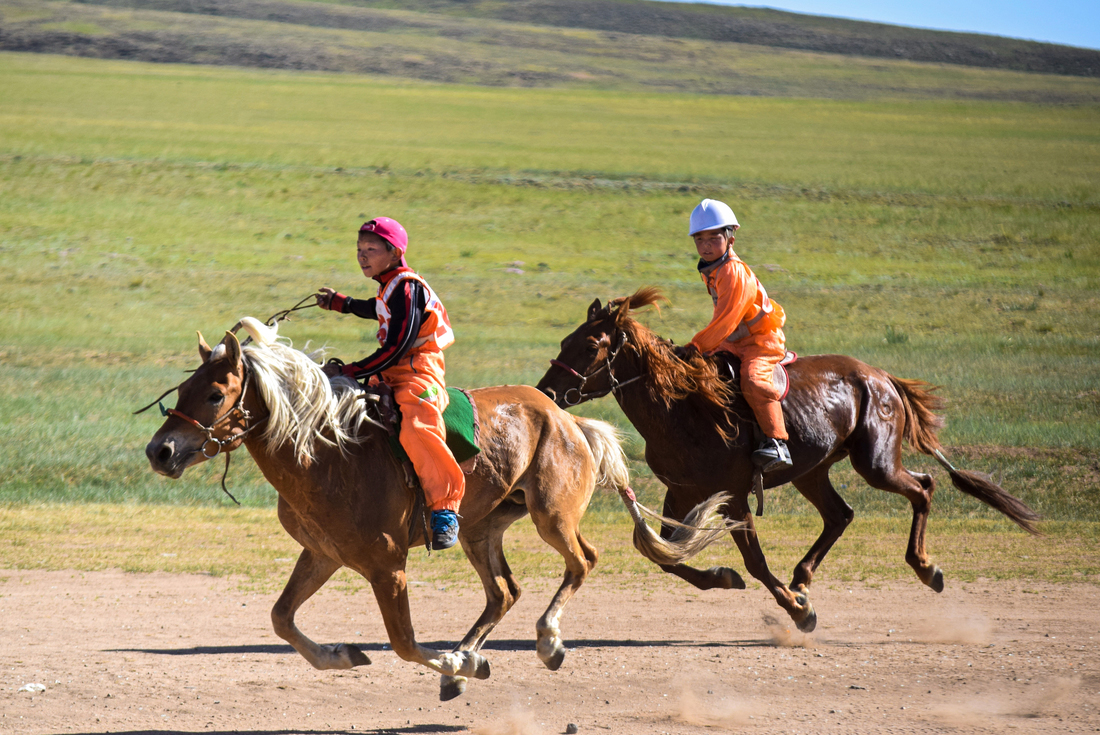 Sainbainuu! Welcome to Mongolia. You can arrive at any time before your group meeting at 6pm. The location of this meeting can be found at the hotel reception. Please have your passport, insurance and next of kin information ready to give to your leader at this meeting. The hotel is located in a quiet residential area within walking distance to Sukhbaatar Square. After the welcome meeting, you'll have the option to join your fellow travellers for dinner at a local restaurant. If you arrive in town earlier and have time, be sure to get out and explore 'UB', a fascinating town where elderly Mongolians in traditional dress mingle with the nation's young business elite. A great place to start is Gandan Khiid, Mongolia's largest and most important monastery. The Fine Arts Museum, Winter Palace Museum of Bogd Khan and Intellectual Museum are also well worth visiting.

Mongolia’s annual Naadam Festival is a centuries-old tradition that dates back to the era of the great Khans and their dynasties. Wrestling, archery and horse racing — the three skills that Chingis Khan considered essential for any Mongol warrior — are showcased today at the country’s largest celebration of the “three manly sports”. We will get a special insight into each of these sports with visits to the training camps that take place in preparation for the festival. Today drive approximately 3 hours to an archery training camp, where you will observe Mongolian archers lining up their shots. Learn how precision and technique play a key role in successful archery and have a go at using the traditional bow and arrow yourself. At the end of the day, drive back to our tourist ger camp. A ger is a portable, round tent covered with skins or felt and used as a dwelling by nomads on the steppes of Mongolia and Central Asia. Spend your first night in a ger tonight.

Take a two hour drive to a wrestling camp and spend the day watching the athletes practice. Your leader will explain the rules of Mongolia wrestling and the various techniques and tricks. Some of these wrestlers are huge national celebrities! Learn to cook a Mongolian BBQ and share it with the wrestlers for lunch or dinner. Tonight we drive to another camp where the horse trainers and riders live during their Naadam preparations. This is truly authentic experience and we will be staying with locals in their gers. The conditions will be basic, but you will get a very real insight into local Mongolian life. Bed down early tonight to rise at dawn with the trainers and riders tomorrow morning.

Wake up at the crack of dawn as the campsite comes alive with preparations for the horse racing events of Naadam. Spend the day watching the horses and jockeys train. You'll be amazed at the skill and strength on display in handling their animals. Your leader will tell you about why horses are so treasured by the Mongolian people. Mongolian nomads have developed deep relationships with animals over thousands of years and you will witness some of this during your time here today. Return to Ulaanbaatar (approx 2.5 hours drive) this afternoon for some free time.

Today drive around six hours from Ulaanbataar to Baga Gazriin Chuluu a series of granitic formations located in the Middle Gobi province. Ruggedly beautiful, the rocks are worshipped by locals, who are known to make pilgrimages here, and it is rumoured that Genghis Khan also traveled to this site during his conquests. Here the group will encounter ancient rock paintings, natural springs, and a ruined monastery. You will have the opportunity to hike in the area and take in the awe-inspiring views before heading onwards to a ger camp for the night.

Drive to Tsagaan Suvarga today (approximately 5 hours). Also known as the "white stupa”, the region is well known for its formation of rocky cliffs that are composed of different ores. When exposed to oxygen, the rock turns different shades of pink, red and orange. The cliffs dates back as far as 10 million years, with the different coloured layers indicating different times in the rock's history. Hike and explore the nearby caves after lunch. Stay in the ger camp again tonight.

Pay a visit to Yoliin Am, a deep and narrow gorge in the Gurvan Saikhan Mountains of southern Mongolia more commonly known as the Vulture Canyon. Enjoy a two hour walk through the narrow gorges, with soaring cliffs on either side and bearded vultures sailing high above. Stop for a packed lunch. Drive to our ger camp in the afternoon, where the group will overnight. After dinner, pack a camera and walk to the Flaming Cliffs, so named for the vibrant colours of red and orange that flicker on the cliffs at sunset. Ger camp stay again tonight.

Today you will drive to the giant sand dunes known as Khongoriin, Mongolia's largest and called the ‘singing sands’ by the locals (approx 4 hours). These monster dunes stretch for over 100km and can reach up to 300 meters in height. This is the quintessential landscape that one would picture if asked to imagine a desert. Sweeping, wave-like patterns of sand framed by a bright blue sky and lit by a relentless sun. The dunes’ nickname comes from the sound produced by small avalanches of sand on a windy day, and the noise has been likened the distant hum of an aircraft propeller. There'll be time to do a walk up to the top of the dunes, and watch sunset.

Today you will have a chance to ride a two humped camel along the iconic singing sand dunes. Enjoy this typically Mongolian experience while you make your way through this remote landscape and take in the views. The rest of the day is free time. Perhaps go for a walk, read a book, catch up on some sleep or just relax around the ger camp.

A long travel day today. Drive to the Ongiin Khiid (approximately 8 hours). Ongiin Khiid refers to two ruined monasteries: Bari Lam Khiid, which was built in 1810 on the north bank of the river near the tourist ger camps, and Khutagt Lam Khiid, which was built in 1760 on the south side of the river and is only accessible when the water is low or frozen over. Once one of the largest monasteries in Mongolia, the complex was destroyed in 1937 as part of a communist purge. Since 1990, a small but growing contingent of monks has resettled amid the ruins, gradually restoring the ancient site. Spend the day exploring the ruins and visit the small museum. Retire to the ger camp in the afternoon.

Drive to the ancient city of Karakorum (approximately 4 hours). The city twice served as a capital during the reign of the Mongol Empire and at the creation of the Northern Yuan province. We will stop in Övörkhangai Province and visit Erdenezuu Monastery, which is one of the earliest surviving Buddhist monasteries in Mongolia. The monastery was closed until 1965, when it was permitted to reopen as a museum but not as a place of worship. It was only with the collapse of communism in 1990 that religious freedom was restored and the monastery became active again. Today Erdene Zuu Khiid is considered by many to be the most important monastery in the country, though no doubt it’s a shadow of what it once was. While here we will also visit the Karakorum Museum. The exhibits include dozens of artefacts dating from the 13th and 14th centuries, which were all recovered from the immediate area surrounding Karakorum. Exploring the open market in town is also an option today. Overnight in a ger camp again today.

Return to Ulaanbaatar today (approximately 6 hours) and make the most of a restful night, for tomorrow marks the beginning of the Naadam Festival! If you're feeling restless, perhaps pay a visit to the Choijin Lama Temple Museum, a complex of five temples showcasing a wealth of Mongolian architecture and history, or the quirky Beatles Square. Surprisingly, the Beatles are credited as playing a large role in bringing democracy to Mongolia and have been honoured with a special monument. There's also usually a lot going on at Sukhbaatar Square today as people get ready for the festival starting tomorrow.