Soak up the awe-inspiring landscapes of Spitsbergen, from the quirky northernmost city of Longyearbyen to the dazzling marvels of nature like the ‘14th July Glacier’. Embrace the strange novelty of 24 hours of sunlight, one of many bonus thrills of arctic life. Comb sheet after sheet of ice in search of the true king of the Arctic – the magnificent polar bear. Arctic foxes, breaching whales, reclining walruses, and soaring seabirds on the cliffs of Alkefjellet are all a strong chance for sightings

Join Intrepid on an unforgettable adventure to Spitsbergen, an Arctic playground found halfway between mainland Norway and the North Pole. Located within the Svalbard Archipelago, this far-flung destination offers more than just a spectacular assortment of glaciers, cliffs and peaks – also spot wildlife such as bearded seals, walruses, Arctic fox and pink-footed geese. The mighty polar bear, however, is the star the show, and even if one doesn’t appear, the anticipation gives the expedition an exciting edge. With onboard experts providing context and insight, and ample time time to make use of the kayaks and snowshoes provided, Arctic Unveiled is an adventure that will check all the right boxes for any lover of Arctic exploration. 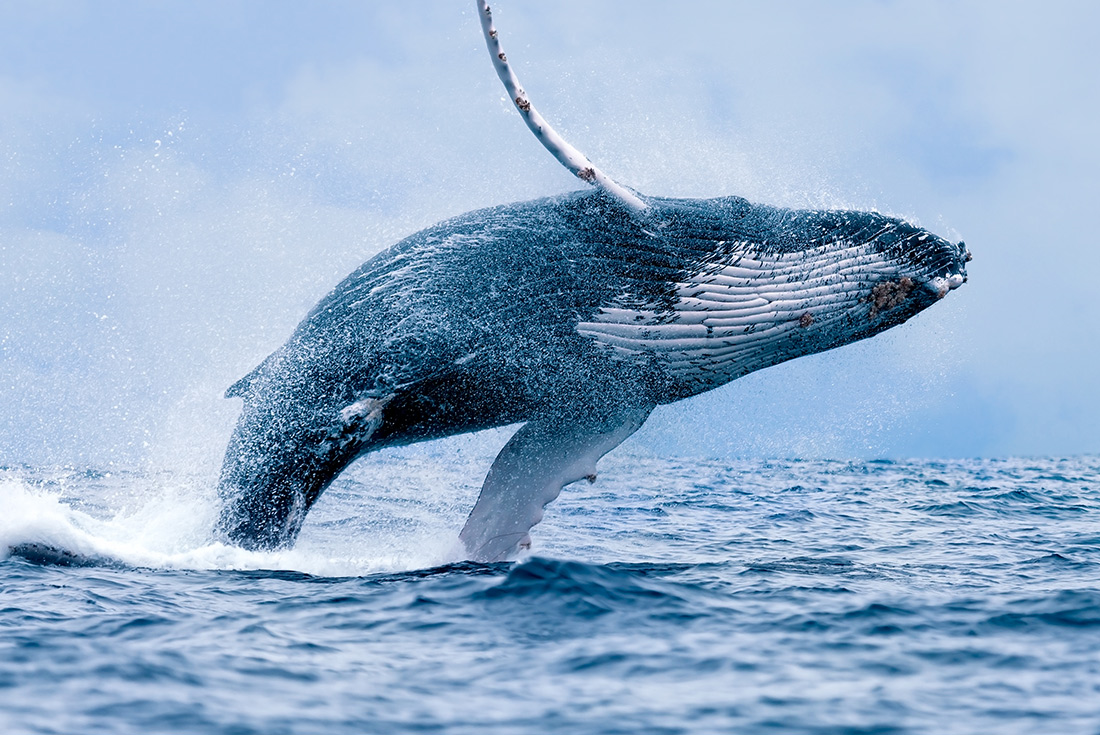 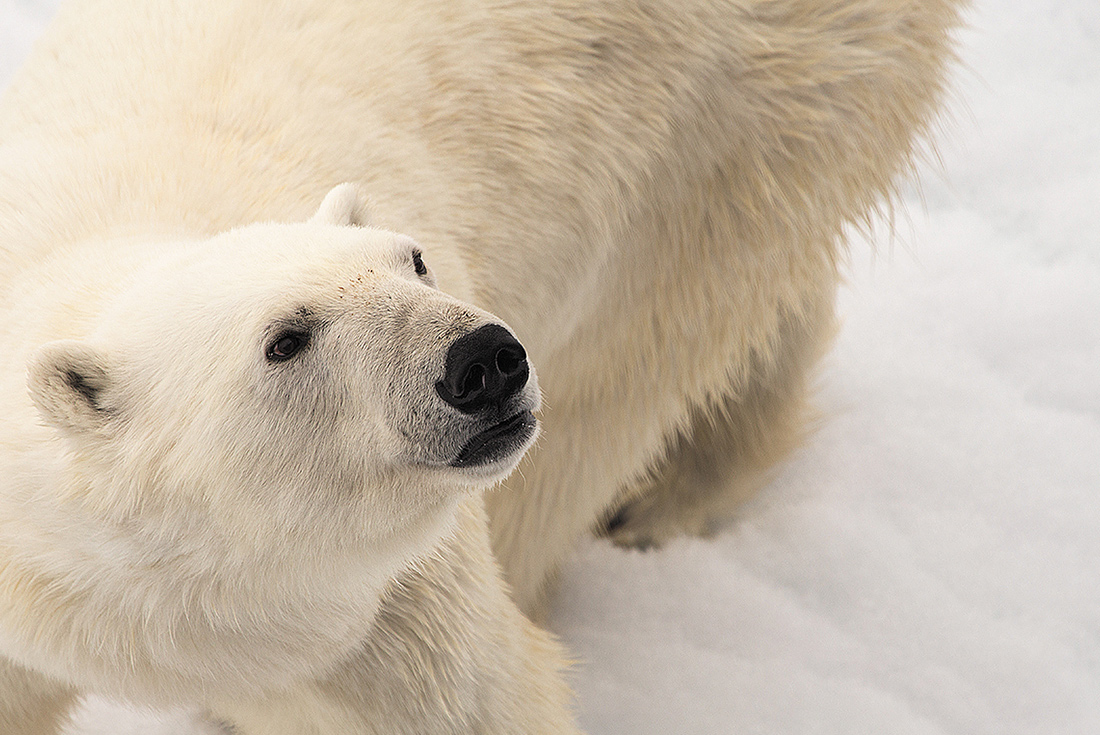 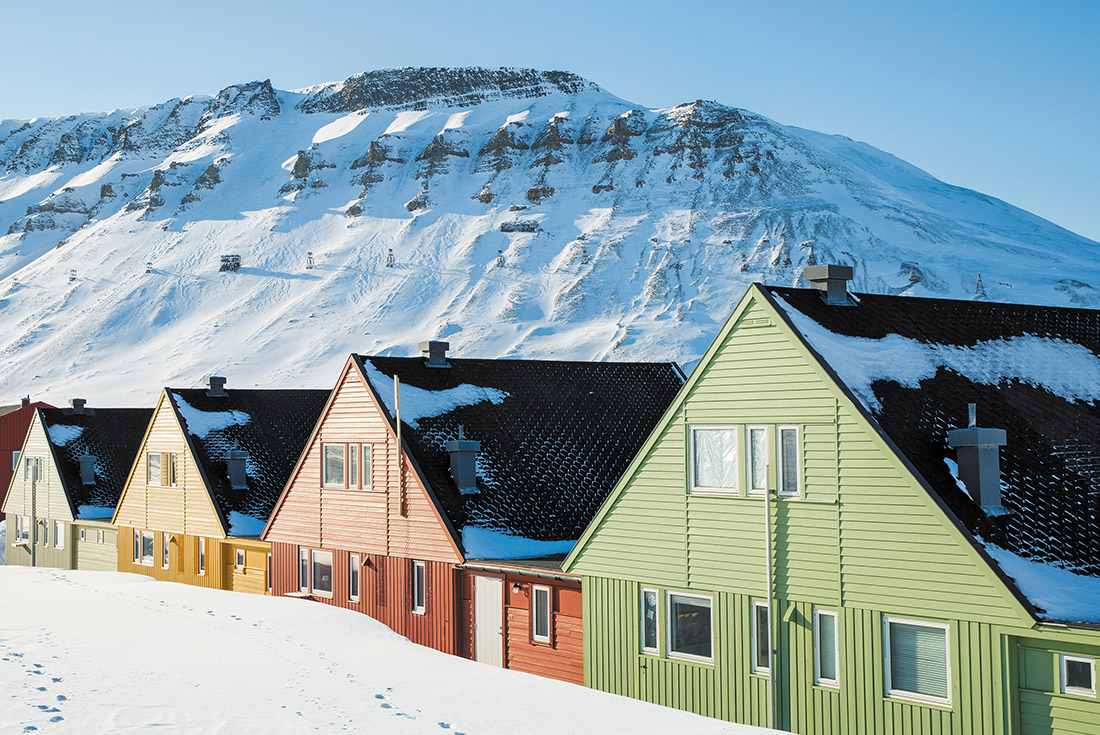 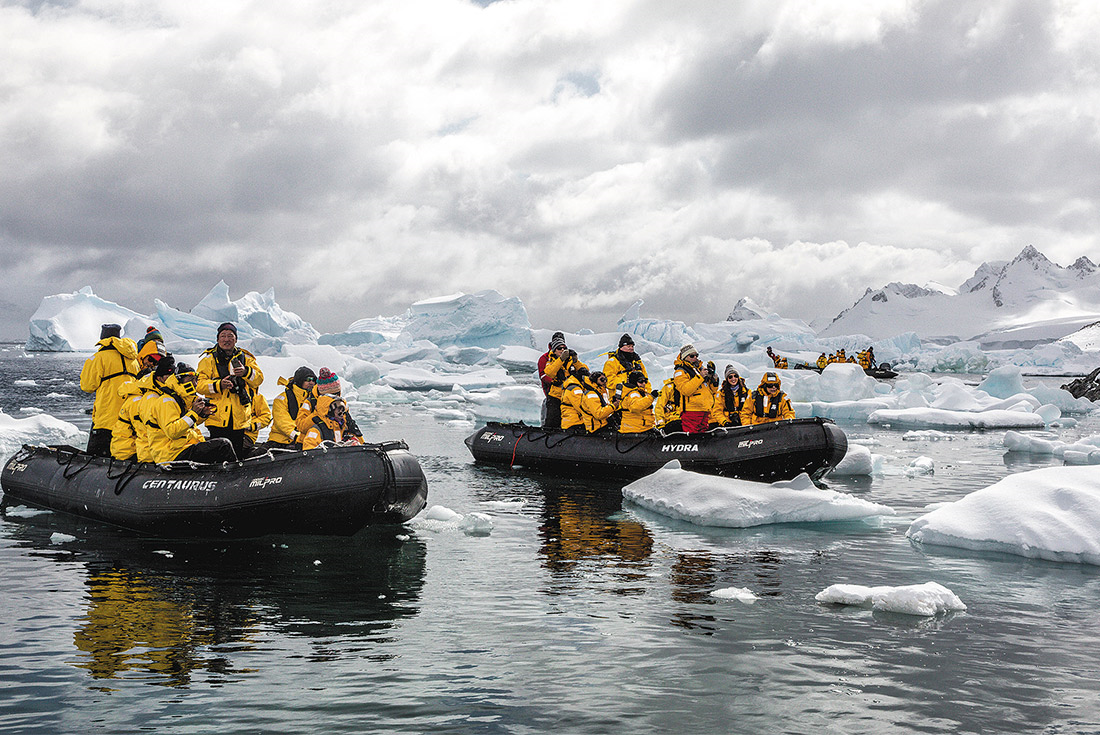 Our Arctic cruise departs from Longyearbyen, the largest settlement and the administrative capital of the Norwegian archipelago of Svalbard. Boasting the title of one of the most northerly towns in the world, Longyearbyen lies on the western coast of West Spitsbergen, the largest island of the Spitsbergen archipelago. Once a mining settlement and dating back to 1906, the town was named after its founder, John Munro Longyear and is now the gateway to the Norwegian Arctic. As embarkation is not until late afternoon, you are free to explore the town prior to boarding your cruise ship. The Svalbard Museum features displays about the human history of Svalbard including mining and whaling, with exhibits on Arctic flora and fauna. The Spitsbergen Airship Museum has displays on the era of Polar exploration by air, and the Svalbard Gallery is also worth a visit, with various works by local artists. The ship sets sail in the early evening out of Isfjorden on its journey north.

Our journey takes us along the west coast, where we hope to arrive in Krossfjorden by mid-morning. Here we board the Zodiacs for a cruise along the face of the 14th of July Glacier. The glacier was named after Bastille Day by Prince Albert I of Monaco, and extends for 16 kilometres. A colourful range of flora is found on the fertile slopes and the nearby cliffs are a breeding ground for Brünnich’s guillemots and Arctic puffins. Large numbers of kittiwake are also found here and it is a good place to spot the Arctic fox as it patrols the base of the cliffs in search of prey. Bearded seals can often be seen here cruising the fjord. In the afternoon the ship sails to the small settlement of Ny Ålesund, the world’s most northerly permanent settlement. Once a mining village that was served by the world’s most northerly railway, Ny Ålesund is now a research centre. It is located on the Brøgger peninsula on the shores of the bay of Kongsfjorden. There is a breeding ground for the barnacle goose, pink-footed goose and the Arctic tern close to the village. If you are interested in the history of Arctic exploration, you should walk to the anchoring mast used by Amundsen and Nobile in the airship Norge in 1926 and by Nobile in the airship Italia in 1928, before their flights to the North Pole.

If the weather is favourable, the ship will sail to the mouth of Liefdefjorden where we disembark and go ashore for a walk on the tundra island of Andøya. This is a nesting site for the common eider and pink-footed goose. The rarer king eider may also be seen. We also hope to sail into Liefdefjorden, cruising near the 5 kilometre long face of the impressive Monacobreen, formerly known as Monaco Glacier. The waters of the glacier face are a favourite feeding spot for thousands of kittiwake. Polar bears are sometimes seen on the glacier, providing a wonderful photo opportunity.

Today we plan on sailing into Hinlopen Strait, located between Spitsbergen Island and Nordaustlandet Island. Extending for a length of 150 kilometres and ranging between 10 and 60 kilometres wide, Hinlopen Strait is often inaccessible due to pack ice. The Strait has been known to European whalers since the 17th century, being used extensively for hunting purposes. Hinlopen Strait is home to bearded seals, ringed seals, Polar bears and ivory gulls. We navigate the ice floes of Lomfjordshalvøya in the Zodiacs and explore the bird cliffs of Alkefjellet, home to thousands of Brünnich’s guillemot. On the east side of Hinlopen Strait, we will attempt a landing at Palanderbukta on Nordaustlandet, where reindeer, pink-footed geese, breeding ivory gulls and walruses can be seen.

Today we hope to reach the northernmost islands of Svalbard - the Seven Islands north of Nordaustlandet. We will attempt to land on Phippsøya where you will often find walrus hauled out on land. We will then try to locate the pack ice to take in the spectacular surroundings and to search for wildlife such as Polar bears and maybe even the elusive Ross’s gull, named after the great Arctic explorer James Clark Ross. Our aim today is to reach the area of 81 degrees north - just 540 kilometres from the geographic North Pole.

As we retrace our route westwards, we visit Raudfjord on the north coast of West Spitsbergen. This beautiful fjord is dominated by spectacular glaciers and frequented by ringed and bearded seals. The cliffs and shoreline of the fjord support thriving seabird colonies as well as a rich vegetation that flourishes in the sheltered areas. We stop at the offshore island of Ytre Norskøya, where we visit a 17th century Dutch whaling site. The large graveyard found here is a poignant reminder of the hardships and dangers of life back in those early days. The island supports a prolific bird life, with accessible colonies of little auk, black guillemot, Brünnich’s guillemot, Arctic puffins and Arctic skuas.

Today sees us making a landing at the northern tip of Prins Karls Forland near Fuglehuken. This is thought to be the site where Barentsz set foot on Spitsbergen for the first time. Seabirds nest on the cliffs here and harbour seals are often sighted along the coast, the only population found in Spitsbergen. We will see evidence of the Polar bear hunting era, with the remains of demolished set guns and bear traps. There is a haul out place for walruses at the opposite site of Forlandsundet at Sarstangen. As an alternative we may sail into St. Johns Fjord or head south to the mouth of Isfjorden to land at Alkhornet. Seabirds nest on the cliffs here and Arctic foxes are often seen as they search the cliff base for fallen eggs and chicks. Spitsbergen reindeer can be seen grazing the relatively lush vegetation. Although the reindeer may seem undisturbed by the presence of humans, this is not the case. The animals must survive the harsh winters, when temperatures plummet and food is scarce and so they preserve what energy they can, fleeing only when it is absolutely necessary. In the afternoon we cruise through Borebukta, a beautiful bay in Oscar II Land on the north western side of Isfjorden. We follow a glacier face before continuing to Longyearbyen.

We disembark in Longyearbyen at the end of our Arctic cruise. 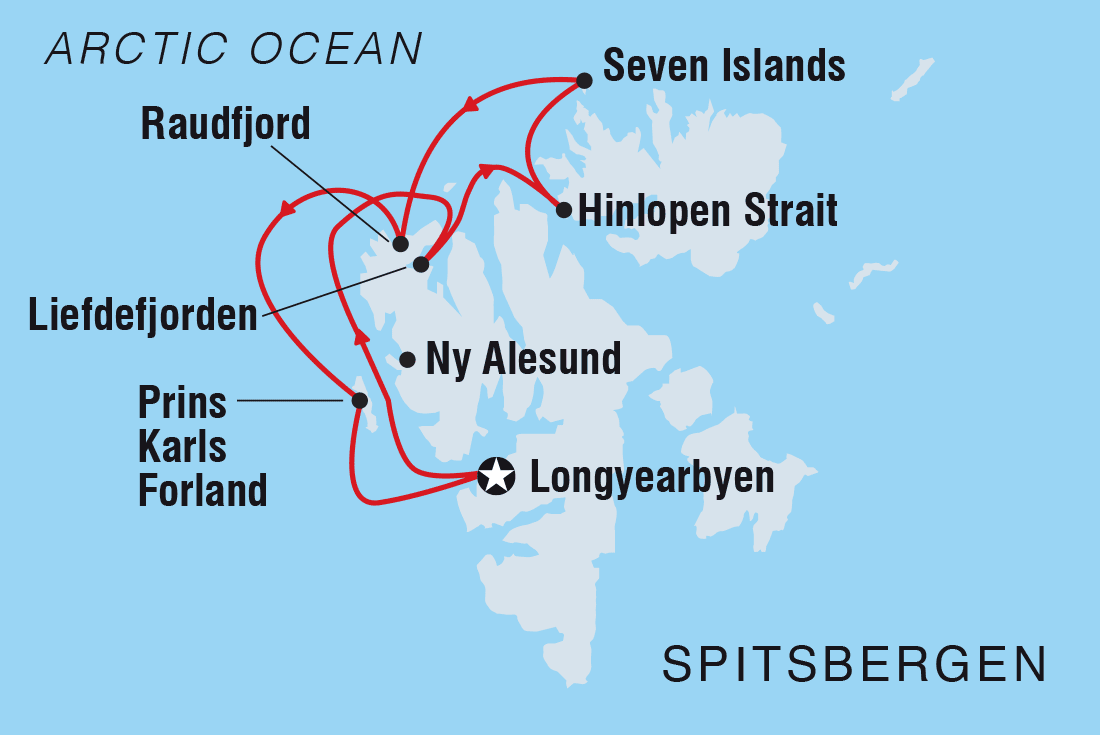