With its perfectly preserved medieval wall and watchtowers, Tallinn’s quaint Old Town is a great place to explore on foot. Aukstaitija National Park offers unique opportunities for both activity and relaxation. Canoe across pristine lakes, indulge in home-cooked meals and cleanse yourself in a traditional sauna. Warsaw’s Uprising Museum offers thought-provoking insight into the 1944 Polish resistance against Nazi Germany. Explore Copenhagen like a local and hop on a bike. There is no better way to see the major sites, as well as explore hidden corners of this beautiful city

It’s fortunate that geography placed Scandinavia and the Baltic States so close together. Nowhere else in Europe can you travel so quickly from the old to the new. From the storybook towers and goblin-haunted forests in Latvia and Estonia to eco-cities, bike culture and minimalism in Denmark, Sweden and Finland. It’s classic Old and New Europe, side by side. And this 22-day tour has been designed to showcase the best of both. Starting in Helsinki, we’ll wind our way through old centres like Talinn, Riga and Vilnius before moving through Poland, Germany and Denmark on our way to the dark and windswept waters of the Norwegian Fjordlands. 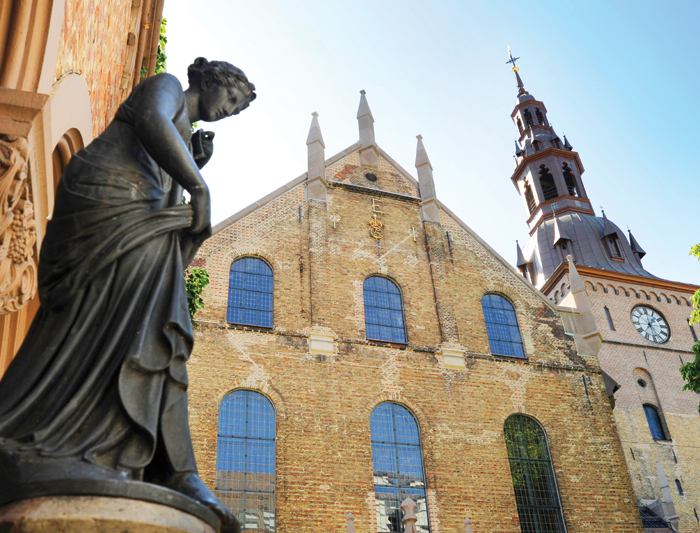 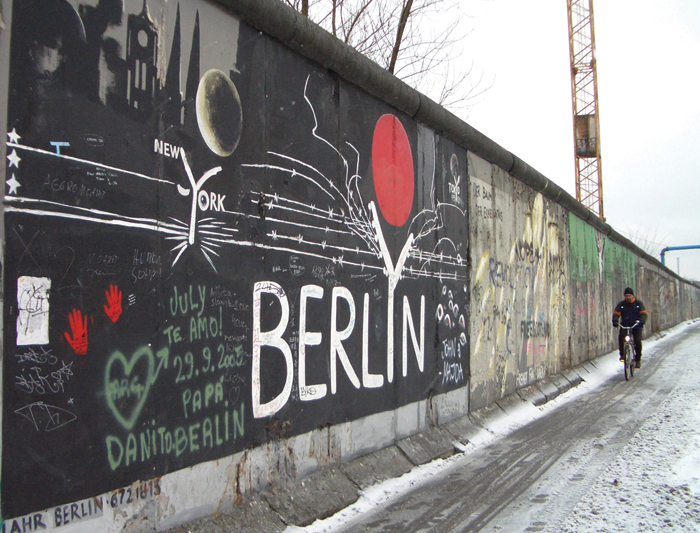 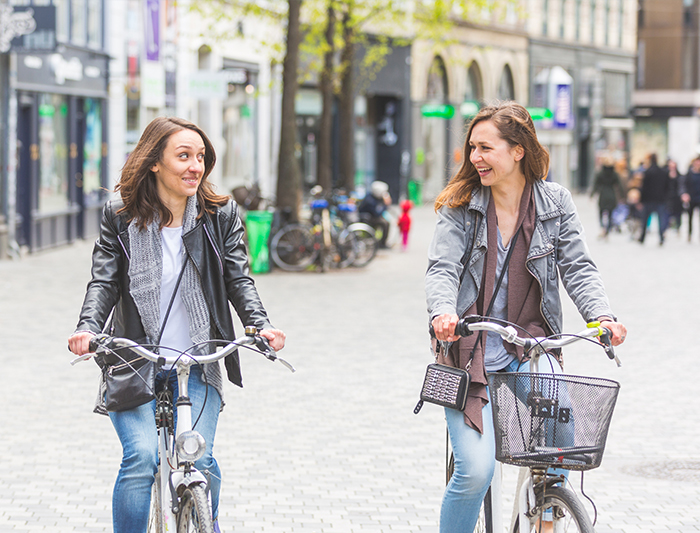 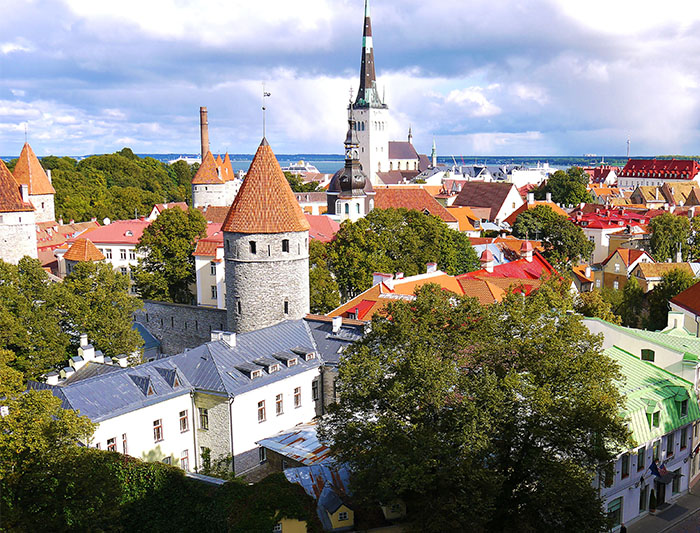 Welcome to Helsinki, Finland. If in the city early, maybe check out the magnificent Suomenlinna Sea Fortress, Senate Square or catch a performance at the National Theatre. You may want to consider purchasing the Helsinki Card – an economical way to travel on Helsinki City Transport (HKL) services, as well as free admission to the main Helsinki sights and nearly 50 museums.

Leave Helsinki after breakfast and catch a ferry across the Gulf of Finland to the Estonian capital of Tallinn (approximately 3 hours). Arrive mid-afternoon, check into your hotel and start your time here with a short orientation walk through the city. The rest of your day is then free to enjoy this exceptionally preserved medieval city and all it has to offer. Perhaps head out and enjoy some of the region's culinary specialties, or stop for a drink on the main square for a spot of people watching. With its steep red roofs, spires, pastel-coloured buildings and new restaurants and bars, Estonia's capital is a real treat to explore. Seeing the vibrant streets of Tallinn now, it's difficult to fathom that Soviet occupation only ended in 1991.

Today is free to do as you wish and an exploration of the Old Town is a must. You'll see the last remaining gothic town hall in northern Europe, Old Thomas; the Raapteek, which has housed a pharmacy since the 15th century; and St Olaf Church, a major landmark of Tallinn. You can head towards Upper Tallinn, home to the noble families, to see amazing views of Lower Tallinn and the medieval spires of the town walls. The 13th-century Toompea Castle, where the Estonian Parliament sits, and the 19th-century orthodox Alexander Nevsky Cathedral are some of the main attractions of Upper Tallinn. Alternatively, you could head to Pirita to chill out at Tallinn's most popular beach or visit Kadriorg Palace, a palace built by czar Peter the Great for his second wife Catherine I. Make sure you spend some time in the beautiful gardens surrounding the palace.

Cross the border by local bus into Latvia today and travel to Riga (approximately 4 hours). On arrival, go on an orientation tour around Riga, renowned for its welcoming locals and a fascinating art nouveau heritage. Some of the sights we see include the Doma Cathedral, St Peter's Basilica, House of Blackheads, the Swedish Gate, Mentzendorff's House, Riga Castle, The Great Guild & Small Guild and the Cat House.

Today is a free day in Riga. Perhaps pay a visit to The Museum of Occupation of Latvia. This offers a fascinating insight into the hardships suffered by Latvians during its occupation by, first, the Germans and, later, the Soviets. The Central Market Halls are a must-see and a great place to haggle for supplies for a picnic lunch if it takes your fancy. It is housed in 4 disused German zeppelin hangars and is said to be Europe's largest market after Rungis in Paris, comprising over 3000 trade stalls.

Set off by private bus after breakfast and cross the border into Lithuania. After a stop at the famous Hill of Crosses continue onto the former Prussian city of Klaipeda (approximately 6 hours in total). Klaipeda used to be a member of the Hanseatic League and is the gateway to the Curonian Spit - a long and narrow sand dune peninsula separating the Curonian lagoon from the Baltic Sea. Upon arrival head out to the waterfront with it's old brick buildings, and explore the old town centre. Perhaps head out for dinner with the group in the evening, at one of the many harbour-side cafes.

Today, take an included bike ride to explore the unique World Heritage-listed Curonian Spit National Park - the second oldest national park of the former Soviet Union. This is a spectacular landscape full of beaches, sand dunes and forested areas. The peninsula is only 400 m wide in parts but 98 km long, 52 of which belong to Lithuania, while the rest is part of the Russian enclave of Kaliningrad. It formed only 5000 years ago by strong winds and currents which constantly change the shape of the landscape to this day. Only recently a whole village was swallowed by the inexorable sand. According to legend, the spit was formed by the girl giant Neringa, who poured sand into the Baltic Sea to protect the bay from storms and create an embankment for fishermen to live. On our day trip you will explore the tiny village of Nida and the surrounding beaches by bike. Look in the distance to see the Russian border. For lunch, perhaps try the smoked pike for which the spit is famous. Return to Klaipeda in the late afternoon.

You'll continue your journey today by bus or train to the capital of Lithuania, Vilnius (approximately 4 hours). Having once been occupied by Sweden, Poland, France and Russia, each occupier has left its mark in some way on this picturesque city. Vilnius offers a different picture of the Baltics than Riga and Tallinn, but it's every bit as interesting. On arrival, take an orientation walk with your leader that covers Cathedral Square and its free standing belfry, the famous chapel of Saint Kazimieras and Gediminas Tower. The 16th century Gate of Dawn houses an icon of the Virgin Mary which is said to have miraculous powers, and thus luckily escaped destruction by the Soviets. For a break from Vilnius' historic monuments, take a walk through some of the charming gardens and parks that are dotted around the city or visit the 'republic' of Uzupis, an inner-city quarter that has declared independence from Lithuania in 1997. The inhabitants have even adopted a tongue-in-cheek constitution, and have erected a statue of Frank Zappa, the only one on the world.

Today is a free day to explore Vilnius. Perhaps take the 40-minute bus trip to Trakai, which is situated on a lake and guarded by an impressive 14th century castle on an island. Rent paddle-boats, swim in the lake, or just wander around the old castle. This is a quaint town that's extremely popular due to its beauty and location. For those who want to uncover the hidden gems of Vilnius, why not go on an Urban Adventure. Explore both the old and new sides of this amazing city, while visiting cafes, bars and attractions that only the locals really know about. One museum that shouldn't be missed is the Museum of Genocide (also known as the KGB Museum). It is located in Vilnius' formed KGB headquarters and is dedicated to the 50-year history of Soviet occupation which has left a visible mark on the city and the country.

After breakfast, travel by local train to the town of Ignalina (approximately 2 hours) and then on to Aukstaitija ('Owk-sty-chee-ah') National Park and the charming village of Ginuciai where our home stay is located. As one of the most delightful national parks in the Baltic states, Aukstaitija has 126 lakes, an abundance of waterways, hills and woods. This afternoon you will take a guided kayak ride through the lakes and rivers, past villages and through forests, to an ancient pagan site on top of a hill with a wishing tree. The top affords great views across the surrounding forests and lakes. Transfer back to your accommodation later in the afternoon and enjoy the hospitality and home-cooking of our hosts for the next two days.

Today is free to visit some of the local attractions, such as the nearby villages that date from the 14th century and consist of traditional wooden houses and farmsteads. The 19th-century Ginuciai Watermill is another point of interest. You can hike to some glorious lookouts, do some fishing, take a swim in the lake or river rapids, or just relax. Perhaps ask our host family to fire up the sauna for the ultimate relaxation and cleansing experience.

Exit Lithuania today and cross the border into Poland, making the epic and long journey to Warsaw. Unfortunately, there's no faster way so get comfortable with a good book and take in the sights en route (make sure to bring snacks for the long journey). Warsaw is Poland's large, bustling capital, with a love of culture and art, as well as entertainment. There are numerous theatrical and musical venues, including the prestigious National Opera, the Chamber Opera and the National Theatre. As you won't have much time to explore when you arrive, perhaps head out for dinner with the group in the evening.