Get into the heart of Paklenica National Park on foot and by bike, a place where the mountains meet the sea, where stunning deep gorges, lush forests, and lost villages wait to be explored. Sea kayak out on the silken blue waters of the Adriatic, dramatic mountains the backdrop while following the coast to the delightful fishing hamlet of Vinjerac. Stroll through Plitvice Lakes National Park, marvelling at luminous lakes and waterfalls that seem to have been sketched by an artist.

Croatia is home to some of the most beautiful national parks, waterfalls and mountains in Europe. Many of its most stunning natural features can be found in and around Paklenica National Park. Get your heart pumping as you hike, bike, raft and kayak amongst some of the country’s most gorgeous surrounds. There’s also plenty of time to enjoy fresh, local cuisine, see the sights and enjoy some down time in this beautiful country on the Adriatic Sea. 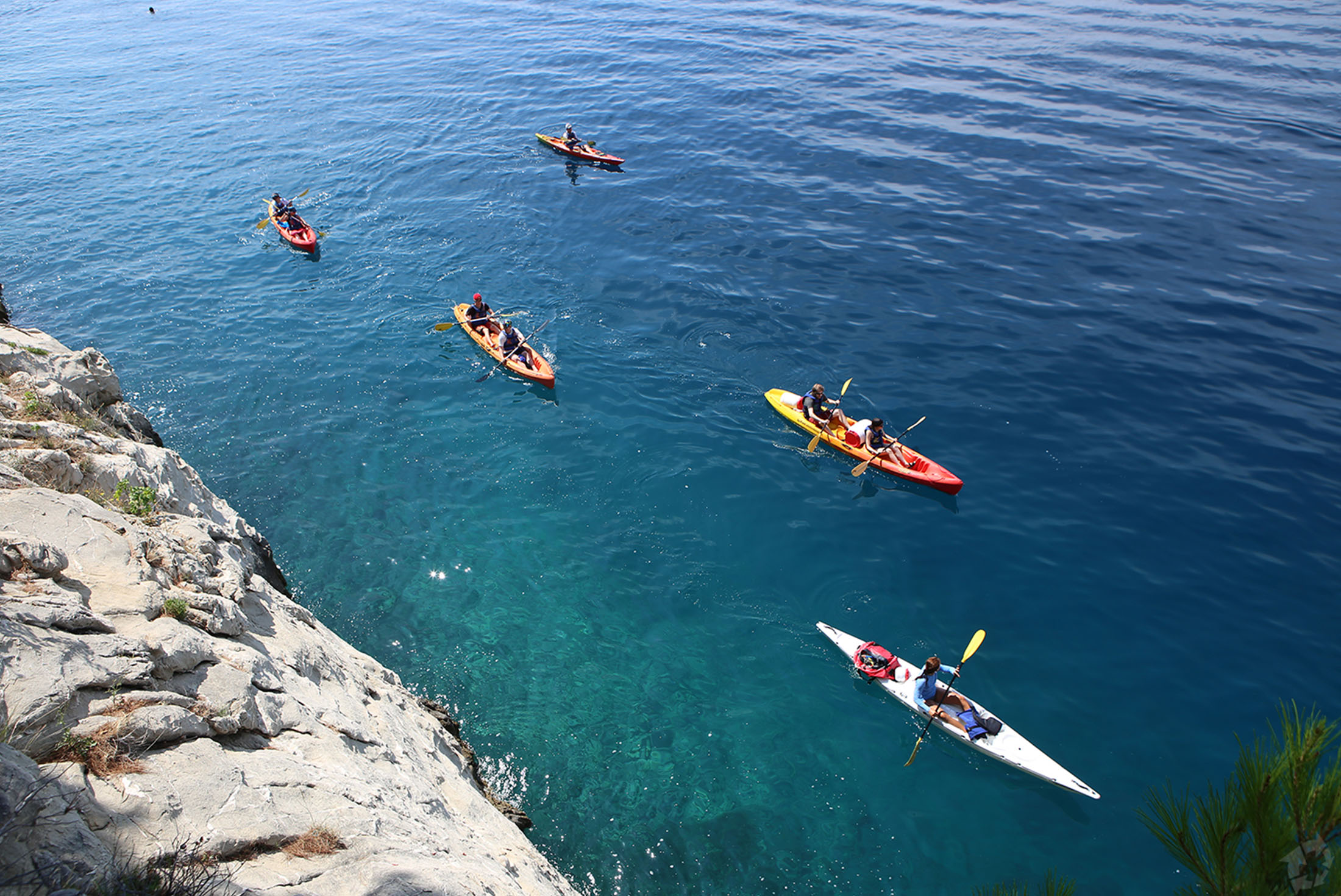 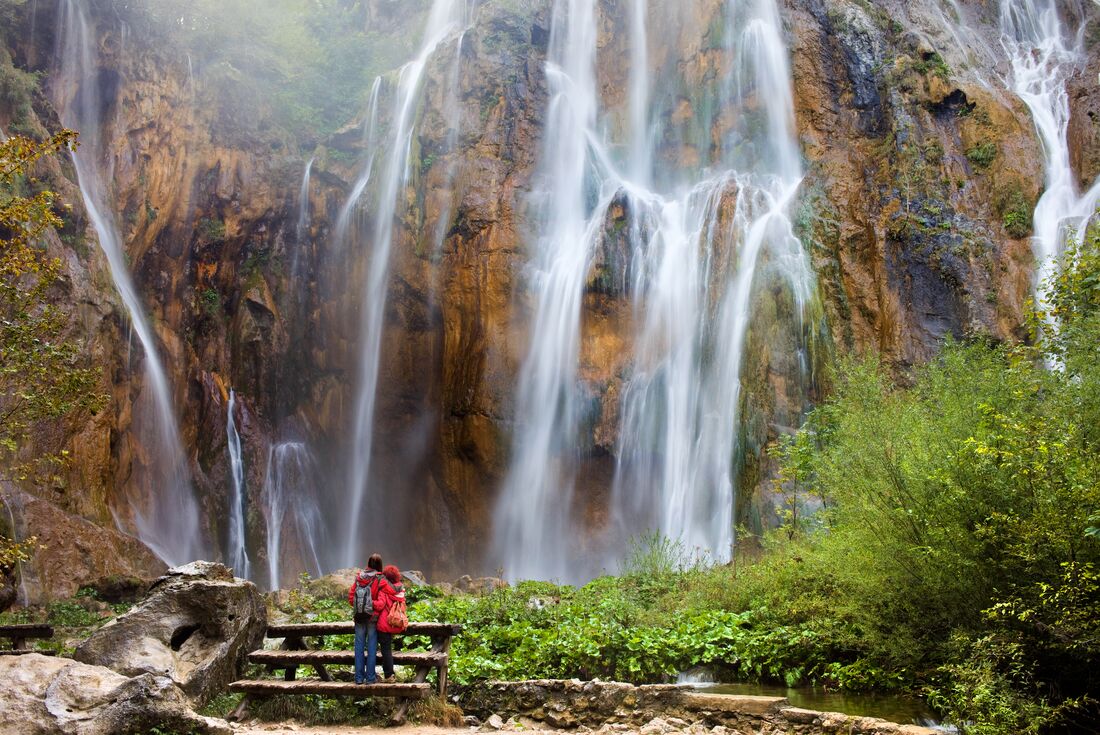 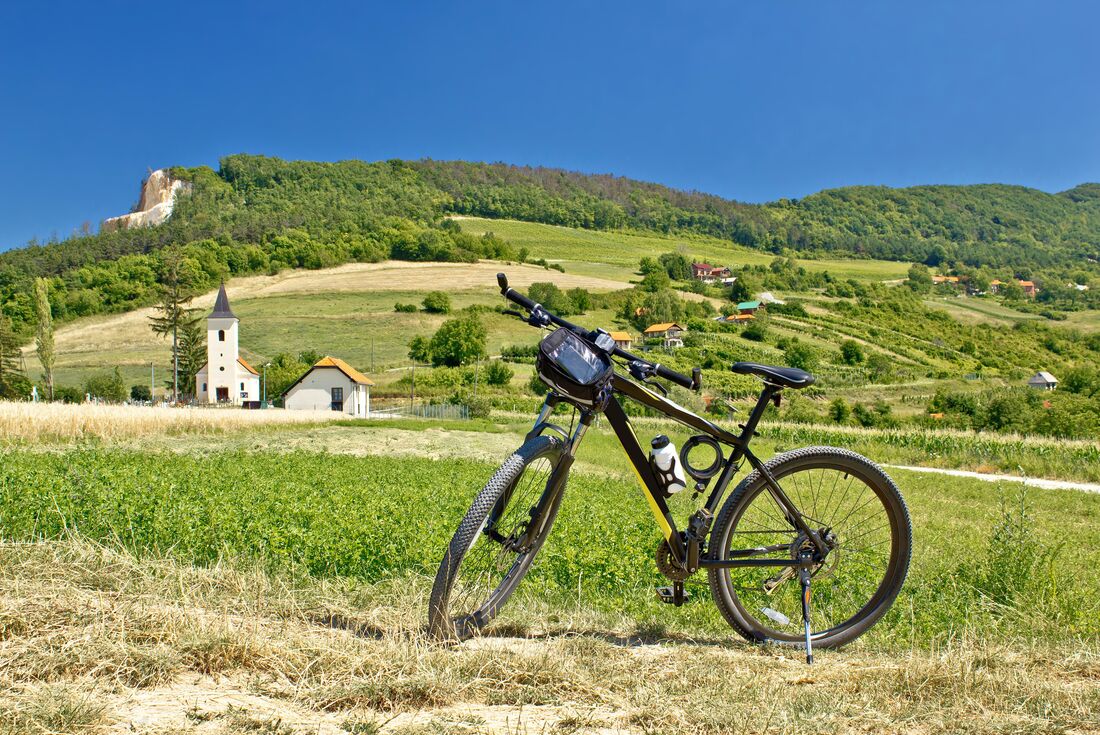 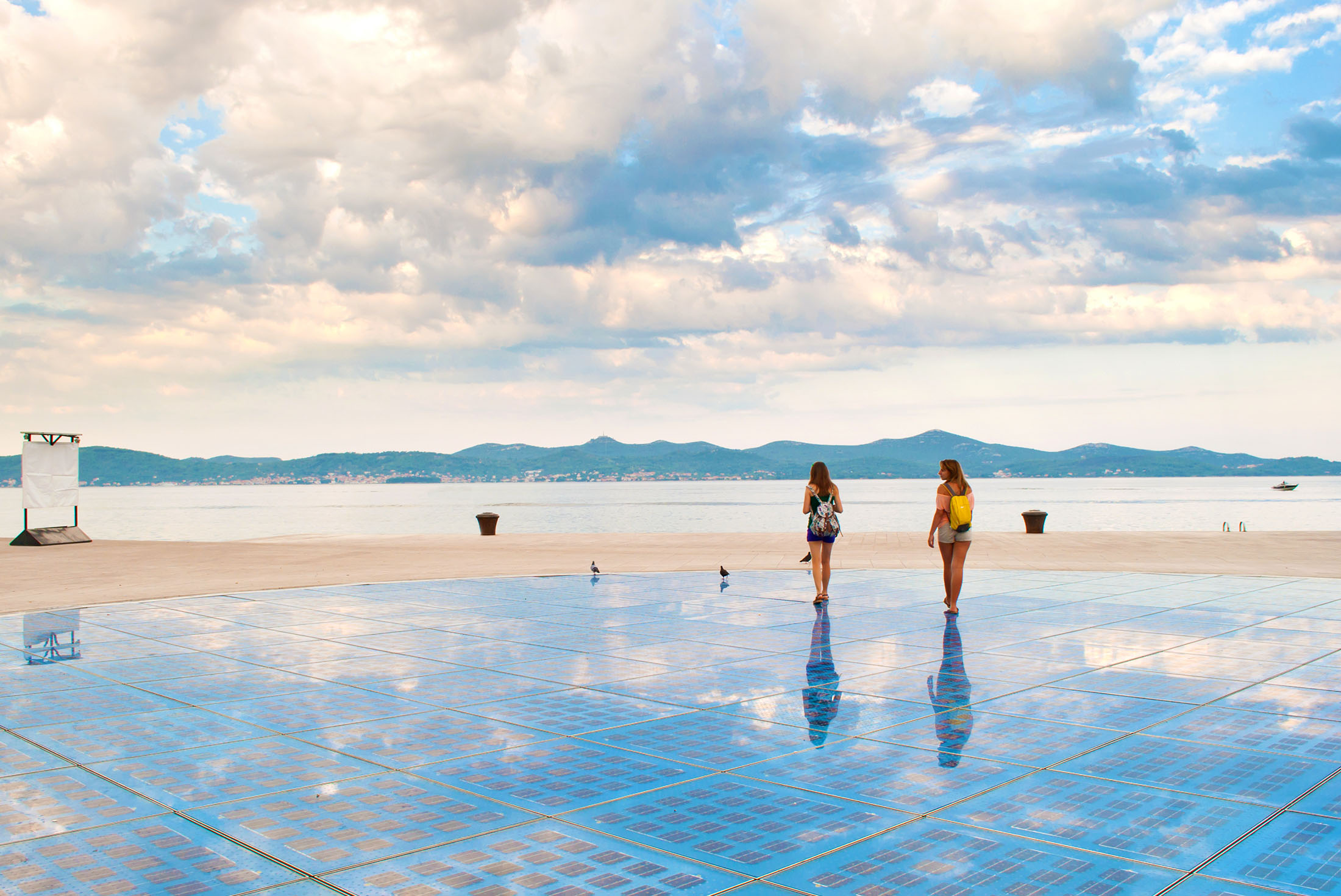 Arrive in Zadar. Ease into things with a welcome meeting, where you’ll get acquainted with the rest of the group. The evening is spent at your leisure exploring the streets of Zadar. Perhaps head out with your group for dinner at a traditional restaurant and sample local favourites such as lamb in red wine, njoki (gnocchi) with Dalmatian ham or fresh fish. Don't forget to try the famous liqueur, Maraskino, made from locally-grown maraschino cherries according to a centuries' old secret recipe. This unique drink was a favourite at European imperial and royal courts and has been produced in Zadar since 1821.

For centuries, Zadar was the capital city of Dalmatia and the city's rich heritage is visible at every step. An important coastal town, the musical steps of the ‘Sea Organ’ on Zadar's waterfront is both fascinating to hear and express the city’s important relationship with the sea. In the morning, trace marble streets through the Old Town and discover Roman ruins in amongst medieval churches on an orientation walk with your leader. After lunch, take a local bus to Starigrad Paklenica, a small town in a harbour that sits at the foot of the World Heritage-listed Velebit Nature Park. This is your gateway to the Paklenica National Park – two canyons divide this mountainous region, filled with gorges, and cliffs that reach up to 400 metres in height. The evening is spent at your leisure exploring the streets of Starigrad (literally 'Old Town'), one of the oldest towns in Europe, built on the historic Roman settlement of Argyruntum. Relax harbourside tonight before all your activity this week.

After breakfast, it’s time to set off on the first active day of the trip. Paklenica National Park is home to incredible rock formations, stunning natural scenery and one of the most visited climbing sites in Europe. Get acquainted with the area on a hike through the Velebit mountain range in Paklenica National Park. Your hike will take you by the right edge of the Velika Paklenica Canyon and reveal some of the most magnificent views of the park. Have your camera at the ready to capture the lush surroundings, which are a result of the pure spring water that flows through the area, blossoming the trees and meadows. When you arrive at a mountain lodge there’ll be time for a traditional lunch (optional). After lunch, why not try the homemade brandy of the region. Alternatively, try some of the herbal tea, made from the region’s famous Velebit herbs. Back on the track, you’ll drop by a 17th century village, Sklopina, which consists of houses built into the cracks in the rock. The return path leads you to the very bottom of the Velika Paklenica Canyon, along the creek where you can freshen up before returning to the comfort of your Starigrad accommodation.

It’s time to head back and explore the mountain paths in or around Paklenica National Park – except this time it’s on two wheels. The grassy hills and rugged mountain trails of the park make for a great spot to get some mountain biking practice in. Cycle around the countryside and enjoy this breath-taking part of Croatia. The trail travels through the characteristic rocky landscape of Dalmatia, dominated by the view of the slopes of the serrated Velebit mountain peaks and beech and black pine forest. Ride through untouched nature, and diverse flora and fauna, thousands of plant species, 79 of which are endemic to the area. Cycle along dry stone walls through picturesque villages, characterized by traditional stone architecture, and pass many cultural and historical sites, with the Adriatic Sea never far away. The afternoon is free for you to either continue exploring the area by bike, or relax in the beautiful surroundings.

Enjoy a free day to get active however you choose. Those in search of a thrill can go on an exciting canoe safari or a whitewater rafting adventure, taking you from Kastel Zegarski on a 14-kilometre/9-mile journey, past magnificent waterfalls and stunning karst scenery of narrow valleys and steep-sided canyons, to Obrovac. During rafting season, the rapids will be grade 2 or potentially even grade 3. The first part of the trip is easy, allowing you to get a feel for your craft and enjoy the surroundings, and then it will gradually get more downhill, with an increase in waterfalls and rapids. Seasonality and water levels in the river will determine whether rafting or canoeing can be offered. Your leader will be able to assist you with booking this activity. Otherwise, return to Paklenica National Park for some more hiking and biking, head to Zadar or simply relax on a beach.

Today take a trip to the stunning World Heritage-listed Plitvice Lakes National Park (approximately 1.5 hours). It's one of the oldest national parks in south-eastern Europe and the largest in Croatia, a misty Eden of endless waterfalls and spectral blue lakes. The waters tumble from a high, tree-lined ridge down through the valley and skirt dense forests of beech, spruce and pine. Return to Starigrad in the afternoon. In the evening, perhaps come together for a traditional Croatian dinner at a local restaurant.

This is a place where the mountains meet the sea, and today you’ll hit the beach and then keep on going for a sea kayak adventure in Paklenica Bay. Strike out on the clear blue sea through the Velebit Channel and spend some time on the water. The Velebit mountains will serve as your spectacular backdrop as you glide along the blue satin water and tour the coastline. There will be plenty of opportunity to stop along the way, for a lunch break, to swim and simply to soak in the stunning surrounds. Continue until you reach your final destination, the nearby fishing village of Vinjerac, known for its neat row of pastel coloured houses fronting the harbour. The rest of the day is free until the evening when we meet up for an included traditional Croatian dinner at a local restaurant.

After breakfast it’s time to bid a fond farewell to this active Croatia adventure. If you would like to stay longer in Starigrad Paklenica we are happy to book you additional accommodation (subject to availability). A departure transfer is not included but can be booked at an additional cost to both Split Airport or Zadar Airport.