Enjoy plenty of free time with your group to discover the communist past and modern progressive vibe of Budapest: the ‘Pearl of the Danube’.. Immerse yourself in the edgy street scene of Belgrade’s Bohemian Quarter, then dance the night away in one of Europe’s nightlife hotspots.. Learn about the dark history and rebuilding of Bosnia and Herzegovina in Sarajevo, with a walk up to the White Fortress overlooking the city.. Cover a lot of ground in Montenegro, meeting up with the Adriatic coast in beautiful Budva along sandy beaches and shimmering waters.

Veer off the usual Balkan route and discover some of the region’s lesser-visited places on this historical adventure. Starting in cosmopolitan Budapest, travel to the Serbian capital of Belgrade for a taste of a European city on the up. Learn about Bosnia and Herzegovina’s war years in Sarajevo, stop by the famed Old Bridge of Mostar, discover the beachside gem of Budva and wind things up in Dubrovnik, one of Europe’s hottest hangouts. Melding the past with the present, the historic with the euphoric, this trip ticks all the boxes with plenty of free time, plenty of history to learn and plenty of places to head out and party. 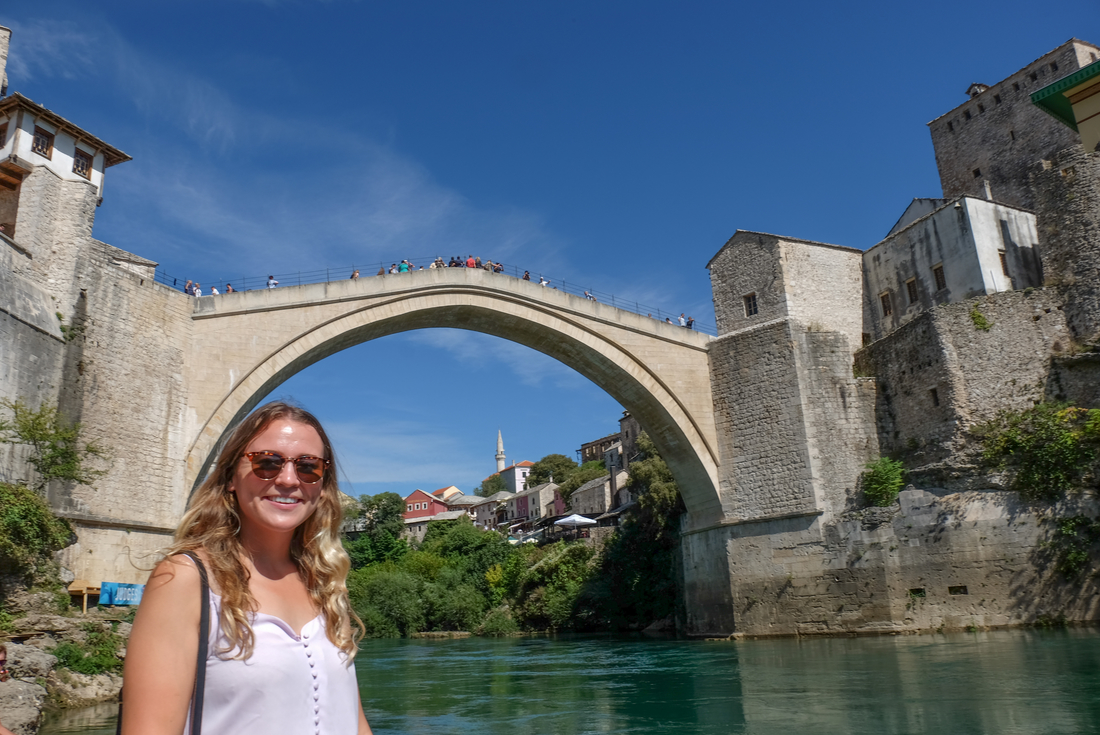 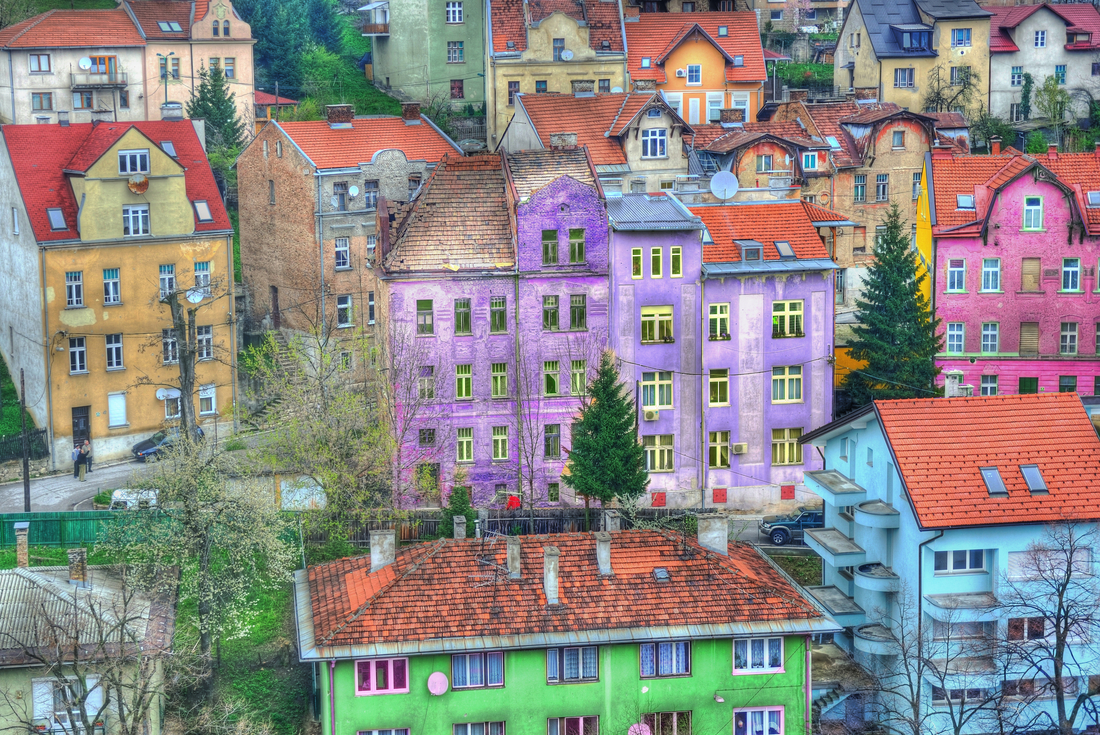 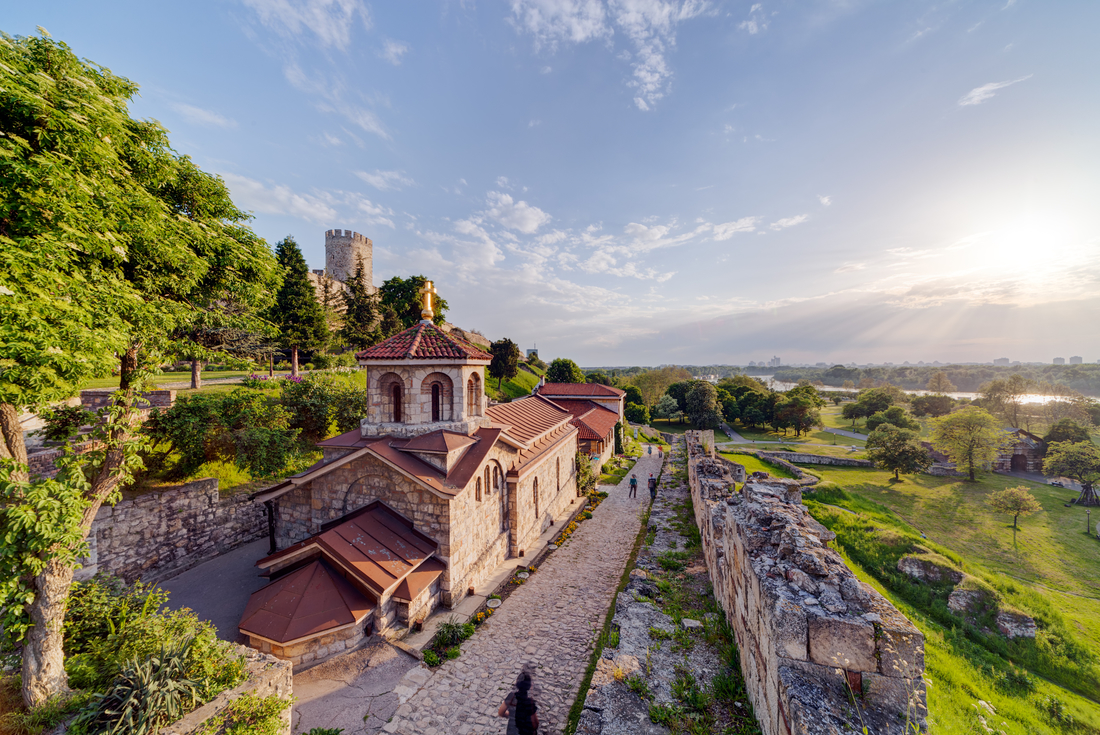 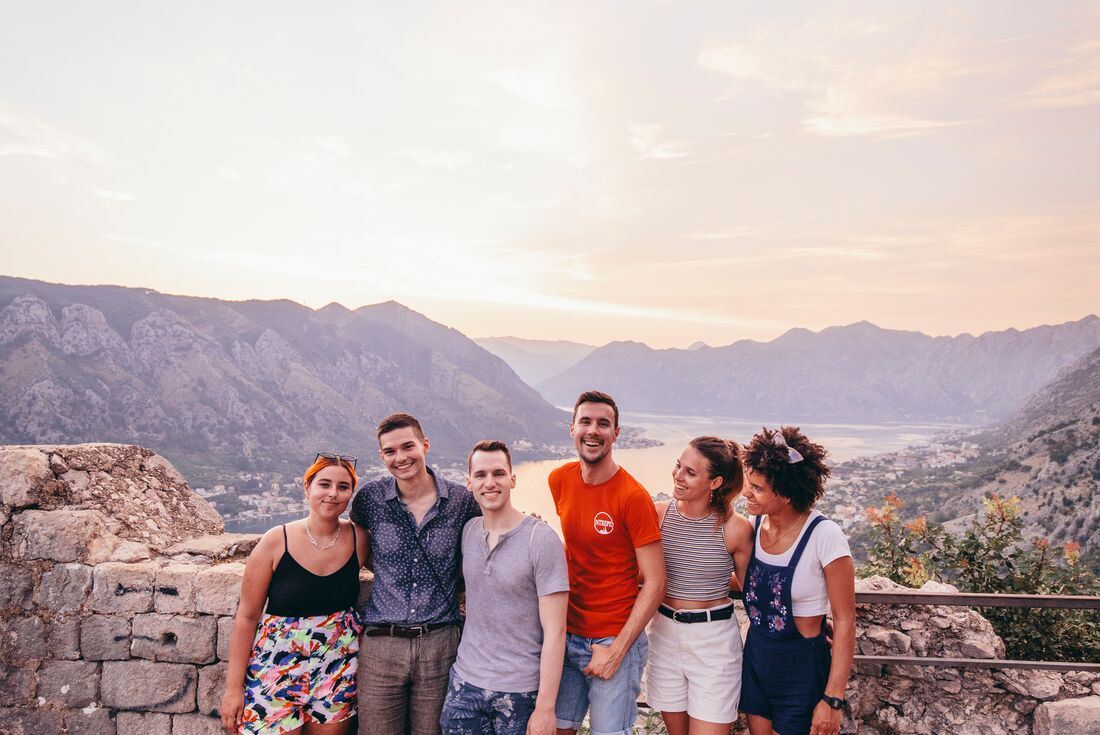 Szia! Welcome to Budapest, Hungary's intoxicating capital on the banks of the Danube River. Things kick off with a welcome meeting this evening at 6 pm, after which it'd be rude not to grab your new friends and leader for dinner and a night walk along the Danube. With the buildings and bridges lit up in the evening, Budapest is a beautiful city to explore by night, and be sure you don't miss the city's trending ruin bars – bars found in formerly abandoned buildings that are filled with eclectic furniture, street art and young locals.

Join your leader on a short orientation walk this morning if you wish. Afterwards, you have a full free day to explore the city known as 'The Pearl of the Danube'. Split by the river into Buda and Pest, this city united under one name, Budapest, in 1873. It's a great city to explore by foot or from the water, or perhaps catch a funicular up to Buda castle for some seriously spectacular views of the skyline, dominated by the Hungarian parliament building. Continue exploring the cobblestones of the Castle District, or maybe hire a bicycle and head to Statue Park to see the communist monuments that were removed from the city after the Iron Curtain fell. Other highlights include the State Opera House and the Hungarian National Museum, and one unmissable activity is a long soak in the healing waters of one of Budapest's hot thermal baths – there's a reason it's called the City of Spas.

Today, take the journey to Belgrade. Belgrade is one of the oldest cities in Europe, sitting at the intersection of the Sava and Danube rivers, and is an important hub between Eastern and Western Europe. As a result of this, you'll experience an energetic mix of progressive and conservative customs as you spend time exploring the city as you please. Perhaps begin with a wander around the city's wide streets and squares to the historic Kalemegdan Park. The park is home to Kelmegdan Fortress, which has kept watch over the Danube for centuries. You’ll also get the chance to taste the traditional rakija (a fruit-flavoured brandy) with the locals. Ziveli! In the evening, perhaps head down to Skadarska Street, in the bohemian quarter of Skadarlija, to sample some authentic local food, soak up the lively atmosphere and witness an area where Orthodox churches coexist near grungy nightclubs.

Ease into the day with an optional 90-minute cruise along the Danube River, passing the Kalemegdan Fortress, Pancevo Bridge and the artist suburb of Zemun. Make sure you visit the imposing Hram Svetog Save (St Sava Church) today as well. If markets are your jam, the Zeleni Venac food market will keep you occupied for hours, or perhaps take a stroll through the Nikola Tesla Museum to learn about the life and work of Serbia's greatest inventors. Otherwise, the 36-metre Gardos Tower is perfect for views and photos of the city and the Danube. In the afternoon, perhaps head to Ada Ciganlija beach on the Sava River, a popular river beach with the young city crowd. Take a swim or soak up the sun with a cocktail in hand, and if you happen to be visiting in the summer months then there is probably a variety of musical and cultural events taking place. The beach is a great place to stick around into the night, being one hotspot of Belgrade’s legendary nightlife. Floating bars, restaurants and nightclubs line the Danube and Sava rivers – the envy of many cities right around Europe.

Travel by bus through some beautiful countryside to Sarajevo. It's about an 8-hour trip, so enjoy the views, chat with your fellow travellers or load up on music for the journey. Sarajevo is the capital of Bosnia and Herzegovina and is slowly asserting itself as one of Europe's most interesting destinations, following the end of a devastating war. It has a similar vibe to Istanbul, in the sense that it mixes east and west and is dotted with minarets, mosques, bazaars and that rousing coffee smell. You can join an optional guided tour on arrival to learn a bit about the city's culture and history – this is one of the few cities in the world featuring an Orthodox church, a Catholic church and a mosque within close proximity. In the evening, why not grab your crew and head to Bascarsija, the city's old bazaar, for a delicious meal, then check out the city's nightlife. Your leader can point you in the right direction to some popular bars.

This morning join your leader and head up to the viewpoints next to the Yellow Bastion and the White Fortress, both located in strategic positions overlooking the entire valley and Sarajevo's old town. Then enjoy a free day in and around Sarajevo. Perhaps jump on the newly reopened cable car up Trebevic Mountain, or head out to Ilidza, the source of the River Bosna, where green parks and thermal springs are the order of the day. Perhaps discover more about Sarajevo's history with a visit to the History Museum, the Sarajevo War Tunnels and Sniper Alley, or learn about the struggles of the city's Jewish population at the Jewish Museum. The Art Gallery of Bosnia and Herzegovina is a chance to get a little cultured, or why not return to Bascarsija to snack on burek. In the evening, the Pivnica HS Brewery is a great place to try some award-winning brews and hearty local food.

Rise early to take the train from Sarajevo to Mostar (approximately 3 hours), a beautiful town in the high mountains of Herzegovina. You may well have heard of Mostar for its famous Stari Most: the Old Bridge from which young men traditionally jump into the Neretva River. It's thanks to this river that the city was able to develop in an otherwise barren landscape, and Mostar quickly became the region's trading centre before being heavily bombed during the war. It has since been rebuilt and its World Heritage-listed Old Town is a maze of alleys and cobblestones. Make sure to post up next to river and watch the brave divers hurl themselves off the bridge. We don't recommend that travellers jump as the bridge is super high and the water is absolutely freezing. Later in the afternoon, you and your group will continue to Budva (approximately 4 hours), where you'll spend the night.

Wake up in Montenegro's prime beach resort, Budva. Take a quick walk around town with your leader to orientate yourself, then enjoy free time to explore. Budva has a beautiful Old City and a stunning coastline, so have a look around and be sure to relax on the beach and take swim in the azure Adriatic Sea. If you are feeling more energetic, why not head by bus to the beautiful Bay of Kotor, Europe's most southerly fjord. Kotor is a 5th-century, World Heritage-listed town, sitting in the shadow of towering peaks in a secluded bay. The picturesque Old Town is quintessential Eastern Europe – winding cobblestone alleys, terracotta roofs, ancient fortifications and, weirdly, cats. So many cats.

Leave Montenegro for the beautiful southern coast of Croatia, arriving in Dubrovnik after approximately 2.5 hours. Today is free for you to explore Dubrovnik, one of Europe's most popular destinations, as you see best. A walk along the city walls is a must-do, especially if you happen to be a Game of Thrones fan. From here you'll not only recognise scenes from the TV series, but also enjoy views of the glittering Adriatic, so don't forget your camera. Other sights include the 13th-century Franciscan monastery and the Sponza and Rector's palaces, which were the only Renaissance buildings to survive an earthquake and fire in 1668. If you've seen enough, why not look for the hole-in-the-wall bar where you can relax on the rocks, drink a cold beer and spend some time swimming. There are also several beaches just outside the walls on which to unwind. In the evening, why not get your group together for a delicious Mediterranean meal and, if you feel like it, a few drinks at one of the town’s bars.

This morning, there are no activities planned and you are free to depart at any time. As there is so much to do in Dubrovnik, you might like to extend your stay here. If you wish to spend more time here, we'll be happy to book additional accommodation for you (subject to availability).