Check out the amazing religious monuments of Armenia – the first country in the world that adopted Christianity as a state religion.. Learn the art of tolma – spiced meat wrapped in vine leaves – at a special lunch masterclass in Armenian cuisine.. Walk through the old city of the capital of Georgia, Tbilisi, on a guided tour. You’ll see modern structures and an urban café scene mashed with medieval architecture and cobbled lanes.. Enjoy a glass or two of the locally produced wine and learn about the unique Qvevri tradition of using clay pots used to create delicious, unﬁltered and organic drop.

Head deep in the Caucasus on an 11-day extravaganza around the sights of Georgia and Armenia. Discover the religious significance of Yerevan and the ancient stone-carved monasteries dotted around the countryside, visit the historic and cultural hub of Tbilisi, head to the highlands in Gudauri, dabble in Georgia’s acclaimed wine scene in Telavi and get a masterclass in traditional cuisine. With home-cooked meals, local guided walks and free time aplenty, you’d be hard pressed to find a pair of countries so rich with things to see, yet so far from the usual tourist map. Time to put it on yours. 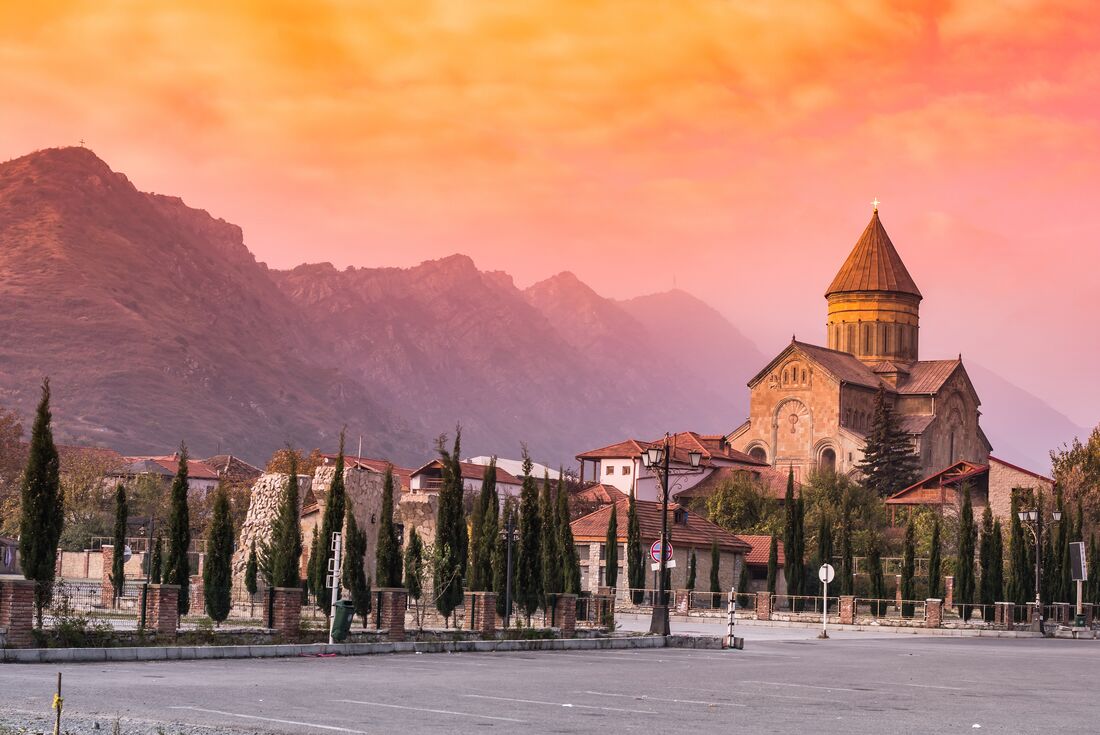 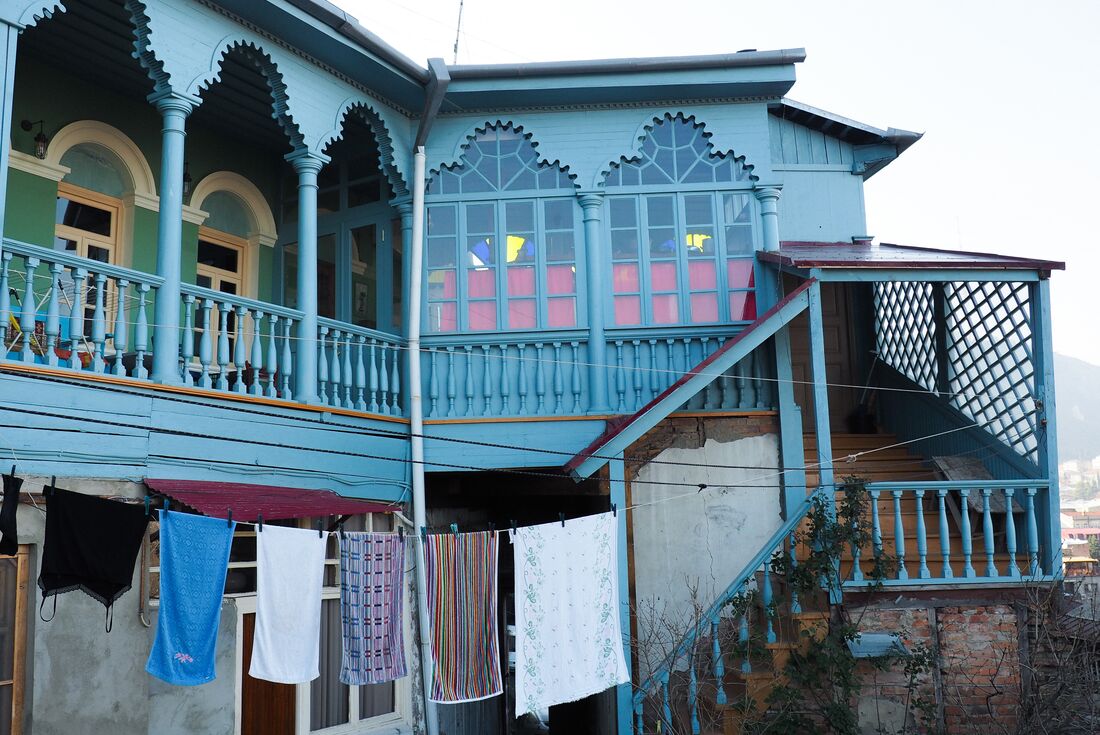 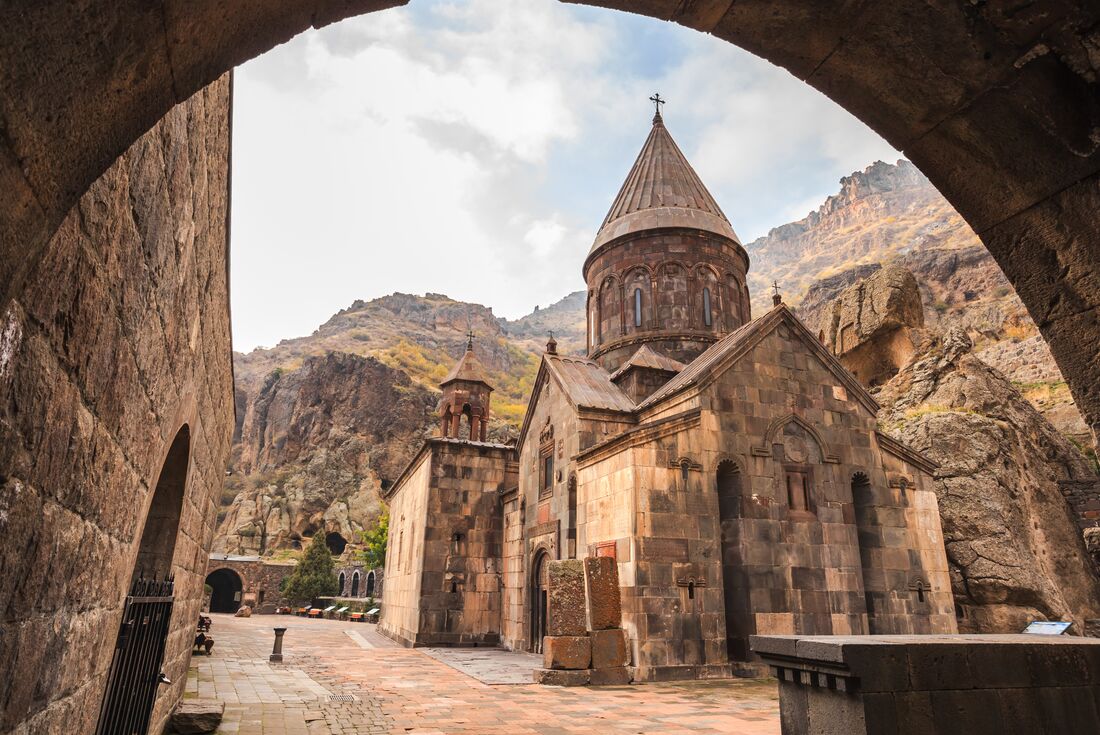 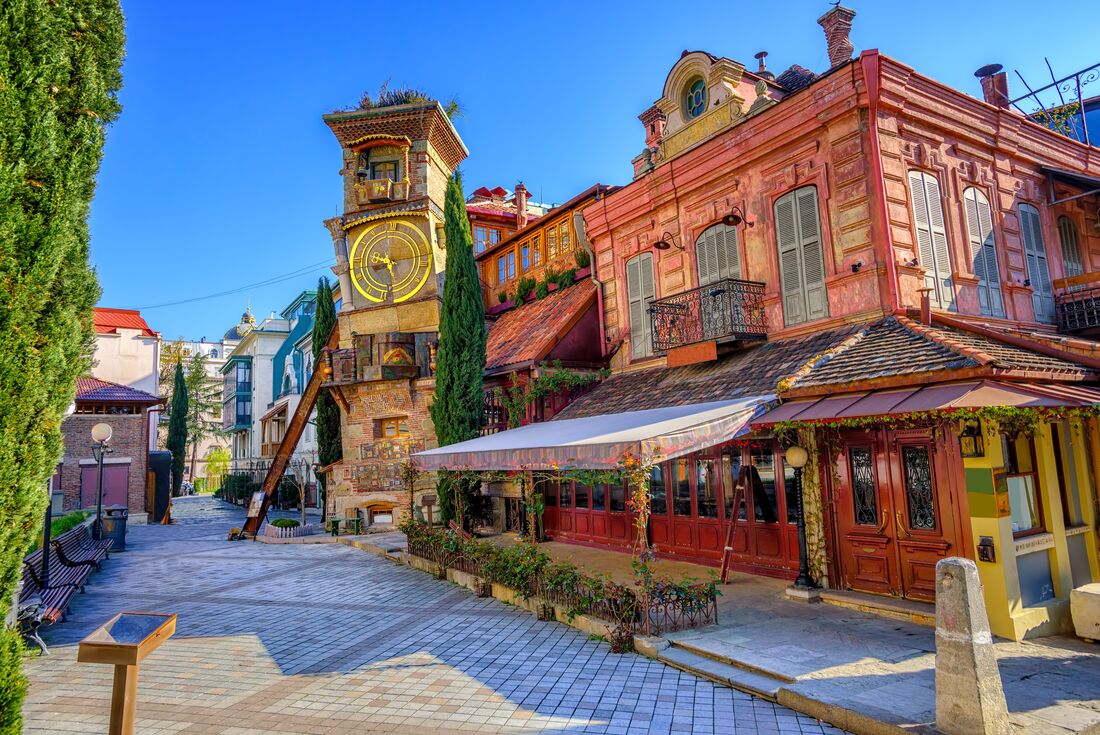 Barheev! Welcome to Armenia. This evening, there will be an important welcome meeting, usually at 6 pm, where you’ll meet your group leader and fellow travellers. After the meeting, why not ask your leader where you can find some traditional Armenian food, like khoravat (Armenian barbecue) or basturma (cured beef).

Today, head with your group leader on a city tour of Yerevan. Armenia’s vibrant capital has a great mix of ancient culture and tradition with the contemporary feel. Begin at Republic Square, and then head to the Cafesjian Center – an open-air museum of modern art. Here you’ll also get a great view of downtown after climbing the stairs to Victory Park. Continue on to Freedom Square – a lively city hub with its ornate Opera House sitting at the centre. You’ll have lunch at a traditional museum-café built by Lusik Aguleci – a lover of Armenian antiques and all things local and handmade. Enjoy a traditional meal here and take a look around to see exhibits of national costumes, carpets and rugs and other traditional Armenian wares. Afterwards, return to the hotel for a relaxing afternoon.

After breakfast, make tracks for the south of Armenia. You’ll first head to the Khor-Virap monastery, which is of great religious importance in Armenia, having been adopted to Christianity in AD301, and is near the site of where Noah cast the anchor for his Ark. In clear weather, you may be lucky to take a great shot of the snow-capped Ararat Mountain. Continue on to the seventh century Zvartnots Ruins, which is listed as a World Cultural Heritage Site by UNESCO. Stop for lunch at a local home owned by Mrs Zara – a former TV host, who will share her secrets of traditional Armenian cooking, preparing the traditional tolma (similar to dolmades). On your way driving back to Yerevan for a free evening, check out a handmade rug factory – the designs are beautifully intricate.

This morning, head to the Geghard Monastery, a magnificent and unique structure partially carved out of rock. Interestingly, Armenia was the first to adopt Christianity as a state religion, and these medieval churches and monasteries have stood the test of time to show the country’s deep religious history. If you’re lucky, you’ll enjoy a live choir performance of Armenian spiritual songs inside the monastery. Today, you will also visit the Hellenistic Garni Temple and the medieval Sevanavank Monastery, set on the banks of the pristine Lake Sevan. In the afternoon, head north to Dilijan, considered the ‘little Switzerland’ of Armenia because of its lush green fields and crisp air. Enjoy a chilled-out evening in your guesthouse.

Take a short city tour with your group leader around Dilijan, passing the artisan workshops in Sharambeyan Street. Continue to Fioletovo village not far away and be treated with some ‘perozhki’ (traditional savoury buns) while listening to your host talk about their daily life and the unique cultures and traditions of this region. Drive on to the humble stone structure of the Haghpat Monastery, which was used as an educational centre for Armenian scientists and scholars in the Middle Ages. Afterwards, you’ll head to the Armenia–Georgia border on your way to Georgia’s capital, Tbilisi.

Stock up on brekky and embark on a sightseeing tour of Tbilisi. Tbilisi is a city of colour, of old and new, and your tour this morning will give you a glance of its history from the early centuries AD to now, through its sights and diverse architecture. You’ll also pass by the renowned 19th century houses of multicoloured balconies, synonymous with the Tbilisian skyline. Take a panoramic cable car ride from Rike Park up to the Narikala Fortress, then wander down to the sulfur baths, which are set on the thermal springs that give the Georgian capital its name. After your guided tour, have a free afternoon to relax, perhaps with a spa treatment!

This morning, visit the ancient capital and religious centre of Mtskheta and its historical sites, including the sixth century Jvari Monastery 11th-century Svetitskhoveli Cathedral. Continue on to the town of Gori in the heart of Kartli region. Visit the ancient Uplistsikhe Cave Town – a rock-hewn dwelling where the Great Silk Road used to pass. You’ll spend the night at the ski resort town of Gudauri.

Embark on a stunning drive from Gudauri along the Tergi River to Stepantsminda. Here you’ll take a leisurely two-hour walk through the beautiful valleys and woodlands to the Gergeti Trinity Church, located at 2170 metres above sea level. Depending on the weather, you may even catch a glimpse of one of the highest glaciers in the Caucasus – Mt Kazbegi. Head back down to Gudauri, and enjoy lunch with a local family, watching how cheese is made. Enjoy a night to relax and catch up with your travel friends with an included dinner.

Travel on to the Kakheti region, renowned for its wine-making and welcoming hospitality. Your drive today is quite scenic, so soak up all of the Georgian countryside and its myriad of greens, reds and browns. Arrive in the regional centre of Telavi, where you’ll take a visit to the historic Tsinandali – an old estate and vineyard-turned-museum welcoming guests to walk in the gardens and see the quaint house. Tonight, you’ll stay nearby in a guesthouse, with a group dinner provided.

This morning check out the local farmers market in Telavi before driving to the hilltop fortified town of Sighnaghi, which has been preserved to its original image and now offers visitors stunning views of the surrounding Caucasus Mountains. Visit the fourth century Bodbe Monastery, before making your way back to Tbilisi for some free time this afternoon. As you didn’t have much time previously, perhaps you’d like to book yourself in for a visit to the sulfur baths in town and learn what all the fuss is about with this ancient ritual. Otherwise, take a wander down the Mtkvari River, past the modern Pike Concert Hall and Public Service Hall. Tonight, why not get your travel crew together for a celebratory dinner – your group leader will know of some good spots to head to.