Stand at the foot of the mammoth Pyramid of the Sun at Teotihuacan. Explore the historic streets of Mexico City on a walking tour of the city. Spend a day exploring the World Heritage-listed city of San Miguel de Allende. Take a tequila tasting tour in the heart of Guadalajara

Mexico and Costa Rica are two sides of the same Aztec coin. Their unique histories, filled with ancient civilizations and conquests, runs deep, and both have emerged into the modern age as colourful, lively cities where you can just as easily stroll the ruins of Teotihuacan as wander the hidden jungles of Sarapiqui. Embark on a Central American adventure past brooding volcanoes, pounding waterfalls, and ruins stuffed with history. Lend a helping hand at a local farm, taste tequila in Guadalajara, salsa the night away in San Jose, and then unwind on the sizzling white sands of Quepos. 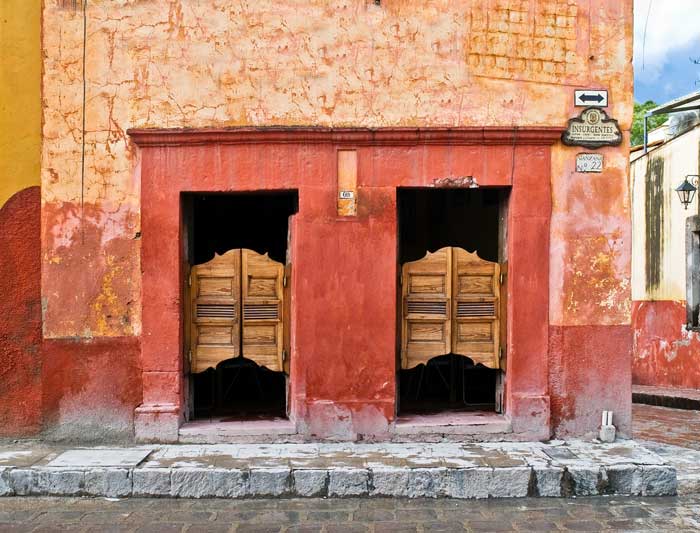 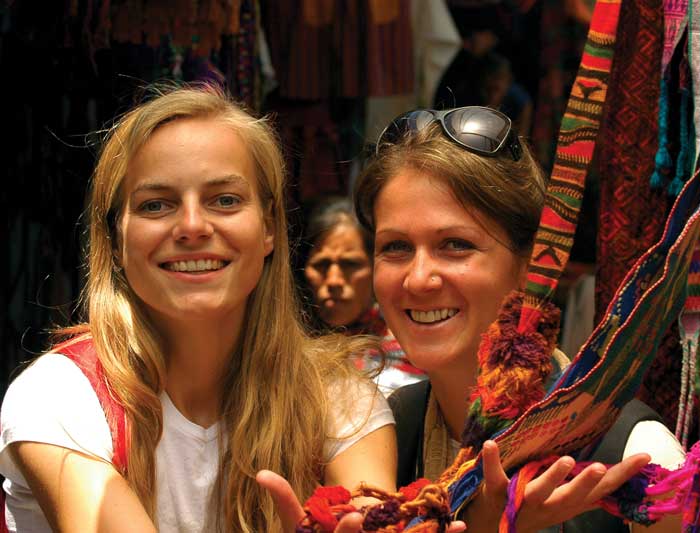 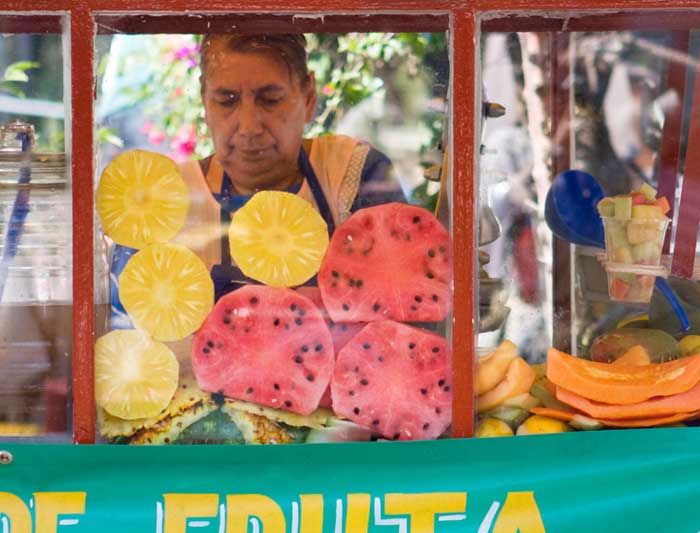 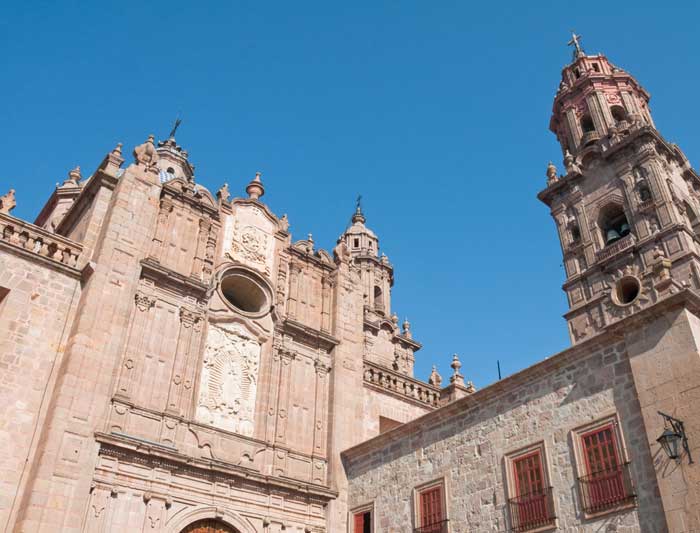 Bienvenidos! Welcome to Mexico. Your adventure begins with a Welcome Meeting at 6pm on Day 1. Please look for a note in the hotel lobby or ask the hotel reception where it will take place. If you can't arrange a flight that will arrive in time, you may wish to arrive a day early so you're able to attend. We'll be happy to book additional accommodation for you (subject to availability). If you're going to be late, please inform the hotel reception. We'll be collecting your insurance details and next of kin information at this meeting, so please ensure you have all these details to provide to your leader. Modern meets ancient in Mexico City - one of the world's largest urban centres. Although crowded and smoggy, D.F. (Distrito Federal) offers a great variety of impressive museums, galleries and architecture, along with exciting night life and delicious street food. Head to the Zocalo, the city's huge central square, to see Aztec ruins and colonial architecture, relax in one of the many parks, plazas and gardens or take an Urban Adventure with an expert local guide.

Enjoy a guided walk taking in some of the most iconic sights of the city, including a visit to the Zocalo in the historic centre of Mexico City, Templo Mayor, the Government Palace and the Metropolitan Cathedral. The rest of your day is free. If you prefer to get out of the city and escape the crowds, take a trip to the canals and gardens of Xochimilco. In the evening, explore Mexico's exciting night life. Learn some dance moves from the locals, or try out your own to the music of a mariachi band.

Travel out of town by subway and bus for a guided tour of the ancient city of Teotihuacan. Located 50 kilometres northeast of Mexico City are the 'must-see' archaeological ruins of Teotihuacan - the site of the massive Pyramid of the Sun and Pyramid of the Moon which dominate the skyline. This was once the country's biggest ancient city and capital of the Aztec people, who ruled over the largest empire in the pre-Hispanic era. Guarded by mountains this magnificent city is thought to have been founded early in the 1st century AD and reached its peak around AD 500, when its influence extended down to Guatemala and as far north as present-day Texas. With the help of a local guide we have time to stroll down ‘The Avenue of the Dead’, uncover its many wonders and imagine what life must have been like nearly 2000 years ago.

Travel to Queretaro (approx 3.5 hrs), where the bustling city streets give way to a pretty scene of plazas and museums. On arrival, your leader will take you on a walking tour to orientate you to the city. Queretaro's downtown area was named a UNESCO World Heritage site in 1996 and the town has been at the centre of several important events in Mexican history. This was where the Treaty of Guadalupe Hidalgo was ratified in 1848, ending the Mexican-American War and ceding a large amount of territory (including what is now New Mexico, Arizona and California) to the USA. Queretaro was also where Austria's Archduke Maximilian was executed in 1867, and was where the Mexican Constitution was signed in 1917.

Spend a free day exploring the pedestrian streets, plazas, churches and museums of Queretaro, or alternatively, head out on a day tour along the wine and cheese route. Several wineries and cheese farms allow visitors and let you see the different stages of production, as well as sample different varieties of wines and cheeses. Another option is to take a trip to Pena de Bernal, an imposing rock formation, considered to be the world's third largest monolith after Gibraltar and Brazil's Sugar Loaf. The village at the foot of the rock is a charming town with cobblestone streets and colourful houses as well as artisan and food stalls selling wool blankets and ponchos, quinces, guavas and peanut candy.

Today we journey to historic San Miguel de Allende (approx 1.5 hrs). On arrival your leader will take you on an orientation tour of this picturesque colonial town, and will also take you inside the Independence Museum to learn about the town's role in the Mexican War of Independence. Spend free time strolling the cobblestone streets, visiting the numerous galleries, and admiring the colonial architecture and see why the city received World Heritage status in 2008.

Continue on to the colourful streets of Guanajuato (approx. 2 hrs). Today you leader will take you on a walking tour of the city to get you acquainted with the colonial mansions, tree-filled plazas and cobblestone streets. The historic heart of the city has a very European feel with sidewalk cafes, museums, theatres, markets and monuments, as well as neoclassical and baroque architecture. This afternoon we will visit the Alhóndiga de Granaditas (Regional Museum of Guanajuato), which was originally a grain storehouse, then a fortress, and the site of the first major rebel victory in Mexico's War of Independence. Today it is a musuem showcasing the history and art of the region. Especially impressive are José Chávez Morado's murals on the staircases.

Spend a free day strolling around the historic downtown photographic the colourful houses of Guanajuato. Alternatively, discover the city's silver mining history at La Valenciana mine. Silver was first discovered in Guanajuato in the 1600s and La Valencia sunsequently became one of the richest and most productive silver mines in the world. You can see an example of the wealth generated from the mine in the adjacent church. You may also like to visit the Museo de las Momias, or Mummy Museum. Many mummified bodies have been found in the ravines around Guanajuato, due to the soil and weather conditions that prevail in the area. The mummies date from the mid-1800s up until the 1950s and the museum has over 100 in its collection. Guanajuato was also the birthplace of Diego Rivera, and his childhood home has now been converted into a museum, with the ground floor a reconstruction of how the home may have looked during Rivera's time, and the upper floors containing exhibitions of his art and sketches.

Travel by bus to Guadalajara (approx 4 hours), where your leader will take you on a walk to introduce you to the city. Guadalajara is the second-largest city in Mexico and is also the home of mariachi and tequila. The city has a different feel to the colonial cities we have visited so far. Some of the colonial history remains, however it is intermingled with wide avenues and modern construction. A walk through the city centre reveals beautiful parks, plazas and public art, as well as the baroque Government Palace, and the cathedral which dominates the city skyline.

Spend a free day soaking up Guadalajara's laidback ambience and people watching in the central plaza, or you may wish to pay a visit to the nearby town of Tequila. All of the world's tequila is produced in this region, and while you may have tried tequila before, it is another thing entirely to sample tequila in Tequila! If tequila brings back too many bad memories, perhaps visit Guadalajara's fashionable Tlaquepaque neighbourhood and spend an afternoon shopping in the boutiques specialising in arts and crafts from all over Mexico. There are also many excellent restaurants in this part of town.

Drive south to Patzcuaro (approx. 4 hrs). Explore the city's pretty streets and impressive churches on an orientation walk. Later this afternoon you may wish to take a boat trip out to Janitzio Island. The boat takes about 20 minutes out to this popular island famous for its fishermen and the dominating statue of Jose Maria Morelos, a hero of Mexico's independence.

Visit the World Heritage-listed stone ruins of Tzintzuntzan en route to Morelia (approx 1.5 hrs). These ruins were part of the Tarascan empire up until the conquest by the Spanish in the 1520s. The site that remains today was part of the ceremonial centre and contains a large plaza, and five circular pyramids which are iconic to the region. On arrival into Morelia your leader will take you on a walk through the city, including a visit to the pink-stone cathedral, which houses one of the largest organs in Latin America.