This is a rare opportunity to travel through Pakistan with a local female leader. Her knowledge and insights will make this an eye-opening and unforgettable expedition.. Get spoiled at a unique female-only salon, owned by a local woman and run out her home in Gulmit, a town that has existed for hundreds of years and is surrounded by mountains and glaciers.. Breathe in that cool, crisp air as you tick off two of the world’s great mountain ranges: the Karakorams and the Hindu Kush.. Spend time with the inspiring women working to empower their communities through local projects including carpet-weaving, cooking schools and cafes.

Discover what life entails for women living in Pakistan’s vibrant capital city and ancient mountain villages. Join a local female leader as she takes you on a unique journey to the Hunza and Yasim valleys. See the communities and landscapes associated with the hallowed Karakoram and Hindu Kush mountains and meet pioneering women working on female empowerment projects throughout the region. Trek to alpine lakes, ancient glaciers and the remnants of ruined empires, then witness the evolvement of modern Pakistan in the country’s capital of Islamabad. From cooking classes to village homestays, this women’s only expedition will have you sharing more than photographs (though there’ll be plenty of those too). 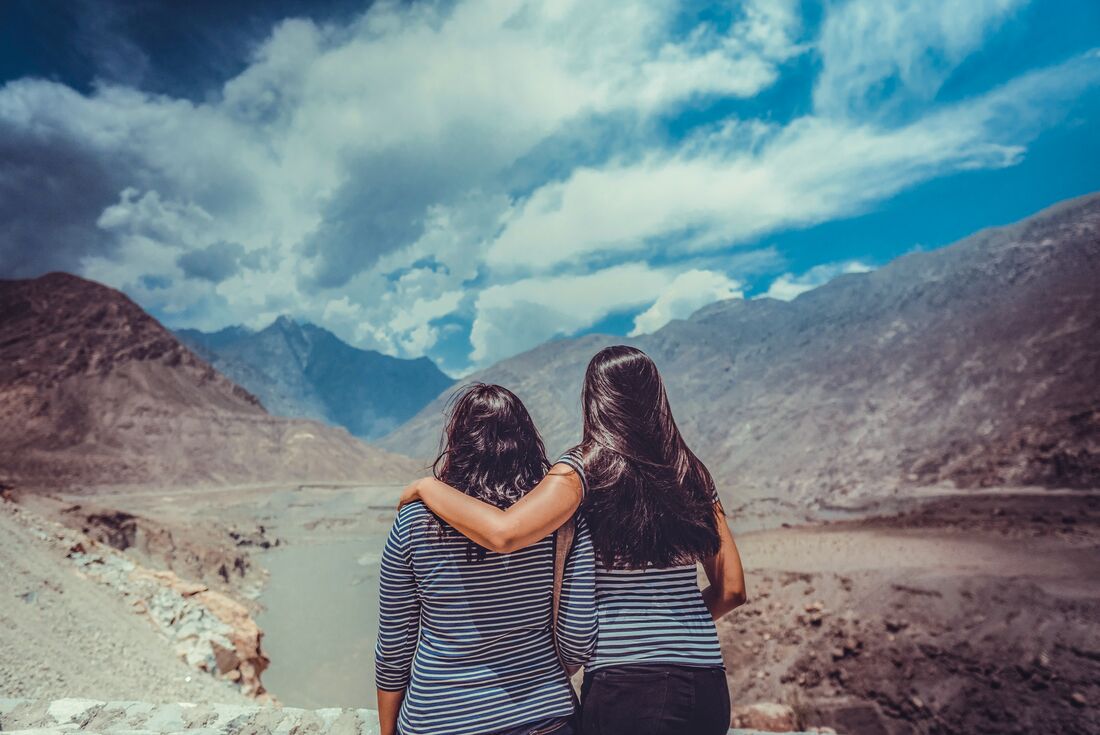 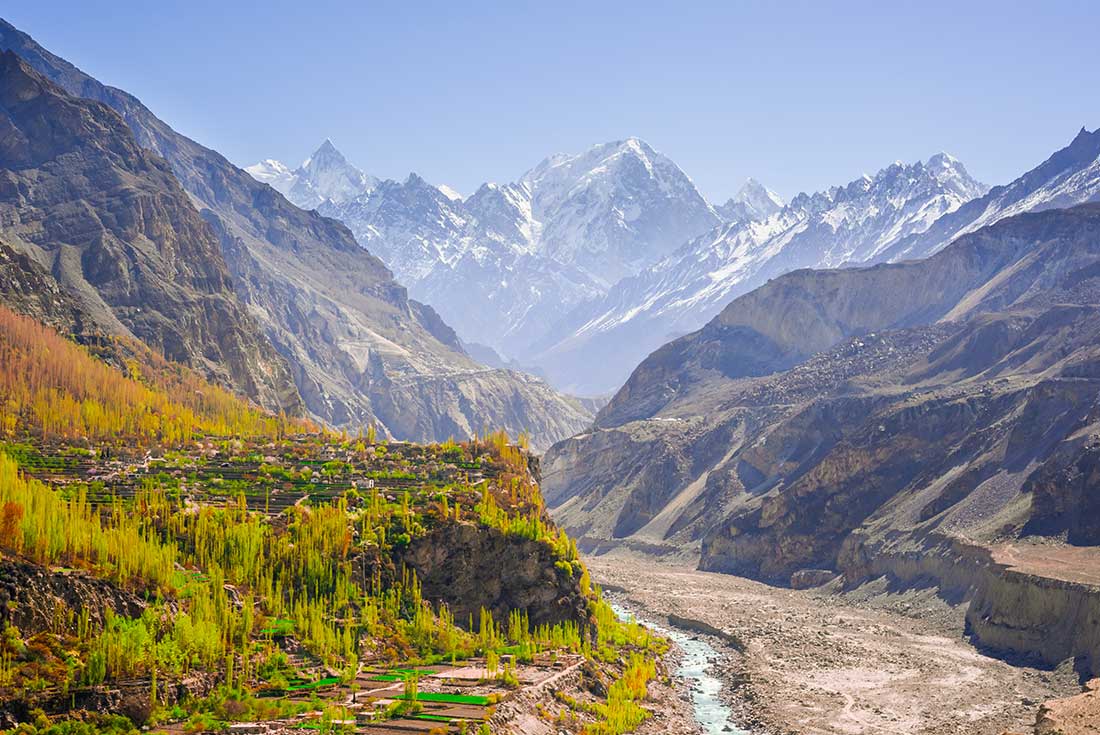 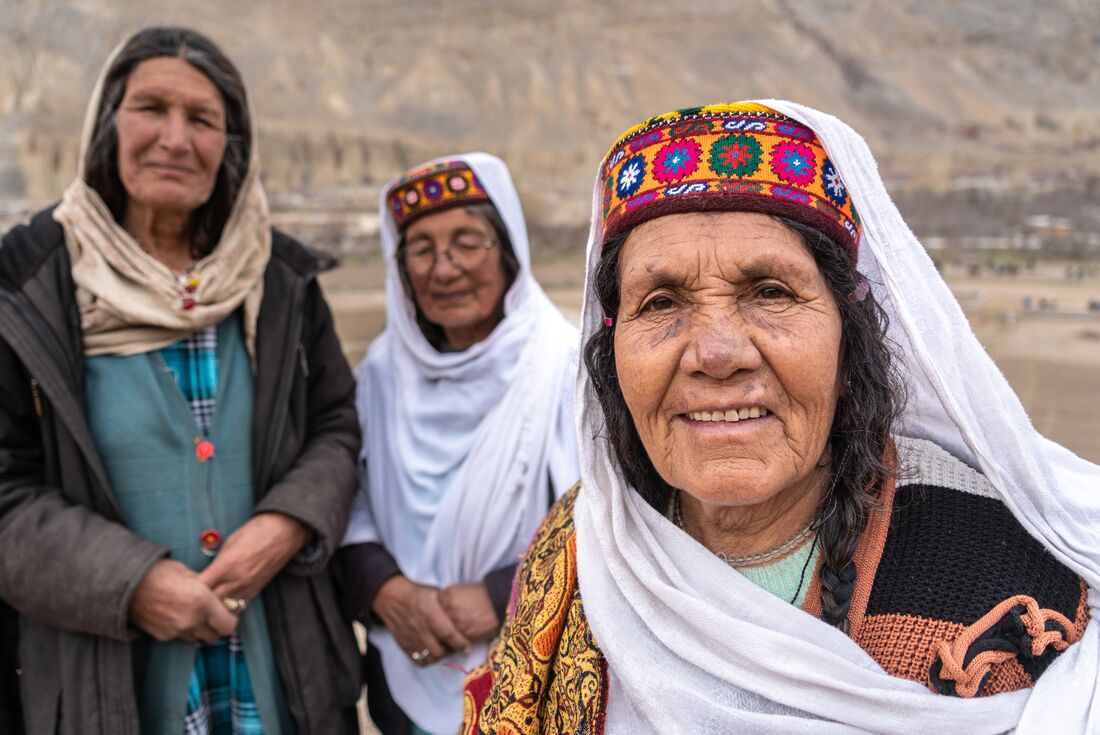 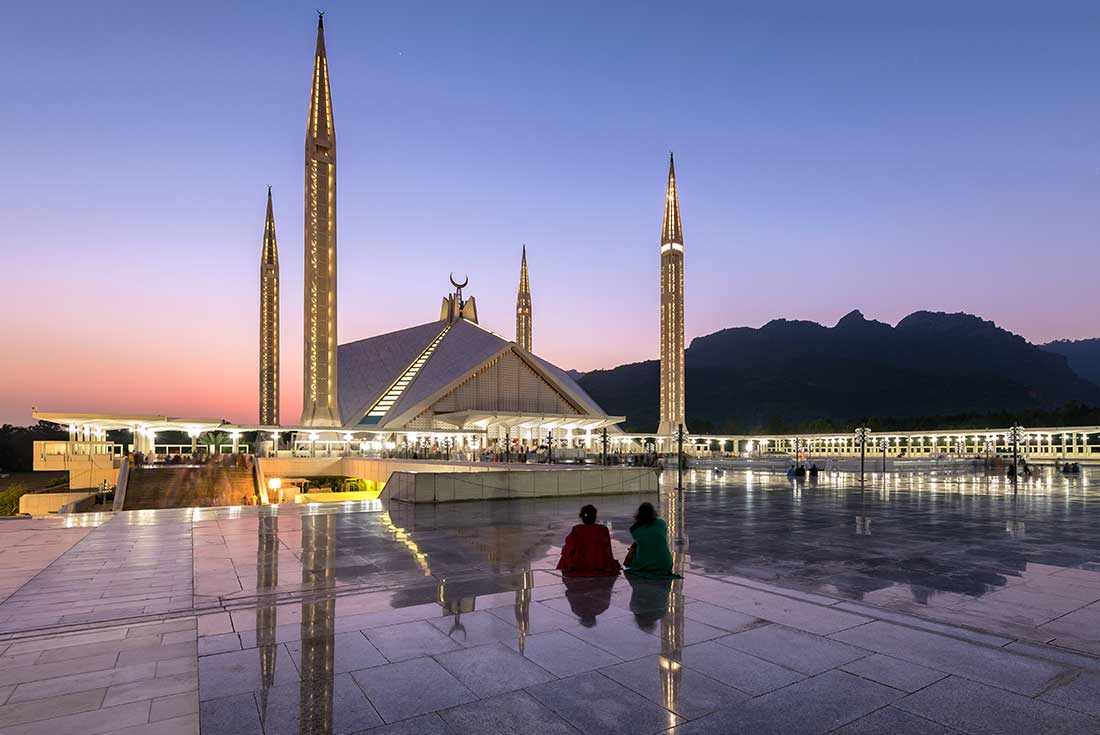 Welcome to Pakistan’s capital city: Islamabad. The ‘City of Islam’ was built in the 1960s to replace Karachi as the nation’s capital and is divided into eight zones including the commercial district, educational sector, diplomatic enclave, residential areas and green area. It is an extensively (and successfully) planned city on a site chosen for its accessibility to the rest of the country and its location close to the army headquarters and disputed Kashmir area. Your expedition begins with a welcome meeting at 6 pm but if you arrive early it is worth checking out Lake View Park and the Lok Virsa Museum, which is dedicated to the preservation, documentation promotion of Pakistan’s cultural heritage.

Today presents an opportunity to explore Islamabad with your local female leader, who will speak with you about the history of both the city and Pakistan as a whole. There’ll be a chance to shop for local clothes, so keep an eye out for the ‘shalwar kameez’ – the traditional dress incorporating loose-fitting trousers and a long shirt, worn in various forms by men, women and children. Be sure to cover up for a visit to Faisal Mosque, which was the largest mosque in the world upon its completion in 1986 and is said to hold 10,000 worshippers. It’s a vast building and at odds with the Taxila ruins, a World Heritage-listed complex that’s not only the largest Buddhist site in the country, but also an important witness to years of cultural evolution thanks to the Persians and Greeks. In the evening, head to the hills and Monal Restaurant for a group dinner overlooking the city lights below.

Depart Islamabad this morning on a flight to Gilgit then transfer to a private vehicle and travel north on the Karakoram Highway. Also known as the China-Pakistan Friendship Highway, the road was built, believe it or not, in conjunction with China and connects the two countries at Khunjerab Pass. It passes through the Karakoram mountain range and is sometimes referred to as the Eighth Wonder of the World thanks to the level of engineering that went into its construction, not to mention the phenomenal views on either side of the road. Stops en route include a viewpoint, where you can see the 7788-metre Rakaposhi mountain, as well as the Karimabad market for some local shopping. Karimabad is the hub of the Hunza Valley region. You’ll also visit Attabad Lake, which is famous for both its unbelievably blue surface and the sad story behind its recent formation as a result of a deadly landslide.

Spend the day exploring the village of Gulmit with the other women in your group. Located in a deep valley by the Hunza River, Gulmit has existed for hundreds of years and is surrounded by mountains and glaciers. Take a walk through town and visit a carpet-weaving centre run by the local women in one of the oldest houses in town, then take advantage of an opportunity to be pampered at a one-of-a-kind salon. You’ll also trek out to the ruins of Ondra Fort, a walk of approximately three kilometres. The fort sits atop a rocky outcrop above Gulmit and would’ve once commanded views of several strategically important passes in the area, though there’s no doubt the sentries of old were just as distracted by the jaw-dropping scenery as you will be.

Enjoy some time in Pakistan’s fresh mountain air today as you trek out to Borith Lake and Passu Glacier. The lake sits at an altitude of 2600 metres and is a quiet, peaceful spot to relax, not to mention a good opportunity to recharge after a few adventurous days. Read a book, soak up some sun or go for a swim (it’s saltwater) before trekking to Passu Glacier, a round-trip of approximately six kilometres. It wasn’t so long ago that walking was the primary means of transport in these parts, with some villages in the region only gaining road access as late as 2003.

Travel this morning to the village of Passu on the banks of the Hunza River. Explore the cute town filled with stone houses and fruit trees and take tea at a local house before trying the region’s famous (and delicious) apricot cake. Visit the Hussaini Hanging Bridge, described by some as the most dangerous bridge in the world, which was made by the locals using wooden planks – it’s not for the faint-hearted. But though the bridge’s condition is questionable its location is enviable, suspended above Borith Lake and surrounded by jagged mountains. You’ll spend the afternoon learning how to cook Huzai food in a local’s home, then it’s time to say goodbye and travel to your evening homestay in the nearby town of Ghulkin.

Take a scenic, leisurely drive out to Khunjerab National Park, which was established in 1975 to protect the region’s wildlife. Animals documented as being in the park include snow leopards, blue sheep, the Tibetan wolf, Marco Polo sheep, and the Eurasian lynx, to name but a few, and if you’re lucky you may spot the Himalayan ibex or a trusty yak on your way through. The park sits at an altitude of approximately 5200 metres and is close to the Khunjerab Pass – the border crossing from Pakistan to China. This Is the highest paved border crossing in the world (approximately 4700 metres) and marks the end of the Karakoram Highway and the start of China’s 314 National Road. Fun fact: this is a rare international border where traffic changes from driving on the left (Pakistan) to the right (China) side of the road. See it for yourself before returning to Ghulkin for the evening.

Travel today to Karimabad, the capital of the Hunza District, known for its locally made handicrafts and take-your-breath-away views. Lace up your hiking boots and trek out to Baltit and Altit forts, which were restored by the Aga Khan Foundation and have stood in the region for over 700 years. These forts are a testament to the valley’s past strategic importance and were used to control the ancient Asia trade routes, with Baltit Fort holding a particularly commanding position above the local village. The Aga Khan Foundation also runs several projects focusing on empowering local women. There’ll be an opportunity to visit one of the groups and chat to them about their work, followed by lunch at cafe run by the local women. In the evening, drive up to Eagle’s Nest for sunset views of the surrounding peaks including Ultar, Rakaposhi and Ladyfinger Peak, then continue to Minapin for tonight’s homestay.

Located deep in a valley by the Hunza River, the village of Minapin is stunning settlement surrounded by peaks, glacial run-off and green hills. Spend some time exploring the village with your leader and getting to know a few of the locals, then take off on a few short treks to some of the nearby view points to gain a better understanding of the area's topography. On a clear day you'll enjoy unforgettable views of Rakaposhi. Spend another evening in your local home stay tonight, sharing food and stories with the other travellers and locals.

Say farewell to your local host in Minapin and drive to Raikot Bridge in a private vehicle. This bridge is the gateway to the base camp at Nanga Parbat, the 9th-highest mountain in the world (8126m). The next section of the journey takes you high above the Indus River, so the group will transfer to jeeps to drive the winding road up to the remote Tattu Village. From here you'll swap the 4WD for your own two legs and trek to the appropriately named Fairy Meadows, a magical grassy meadow with views all the way to Nanga Parbat.

Wake up in the beautiful Fairy Meadows, a slice of flat land among steep hills, forests and brilliant white mountains. You can approach today however you'd like. There's the option to trek to Nanga Parbat Base Camp, with your leader gauging the route and timings based off your group's interest, or you can take things a little easier and relax in the meadows. Drink tea, read, draw or write, or maybe trek around and meet a few of the locals, visiting some view points along the way to take in the majesty of Nanga Parbat.

Depart Fairy Meadows and trek back to Tattu Village before jumping back into the jeeps to drive down to Raikot Bridge. From here you'll drive by private bus to the town of Gilgit, visiting the Kargah Buddha along the way. The town was a Buddhist centre in the region for many hundreds of years and its most famous sight is the Kargah Budda – a 15-metre-tall image of the Buddha carved into a cliff-face. The carving is thought to date back to the 7th century, though local legend has it that the figure is actually a man-eating witch who was pinned to the cliff by a holy man to protect the valley. This, perhaps, is an indication of both how women have been traditionally viewed in these areas and the struggles they still face. Spend some time walking around the Gilgit markets before enjoying your final night in the region.