Discover the lush wildlife-filled landscape of Ngorongoro Crater with game drives in this ‘Garden of Eden’ – without doubt one of Africa’s Seven Natural Wonders.. Camp in the heart of Tanzania’s oldest national park, the Serengeti. Explore timeless East Africa where endless savanna, bursting with predators and prey, offers the ultimate safari experience.. .

Venture to the depths of the enormous caldera of Ngorongoro, a wildlife hotbed that’s unlike anywhere else on Earth, before heading to Serengeti National Park, home to the Masai people and an incredible range of wildlife. 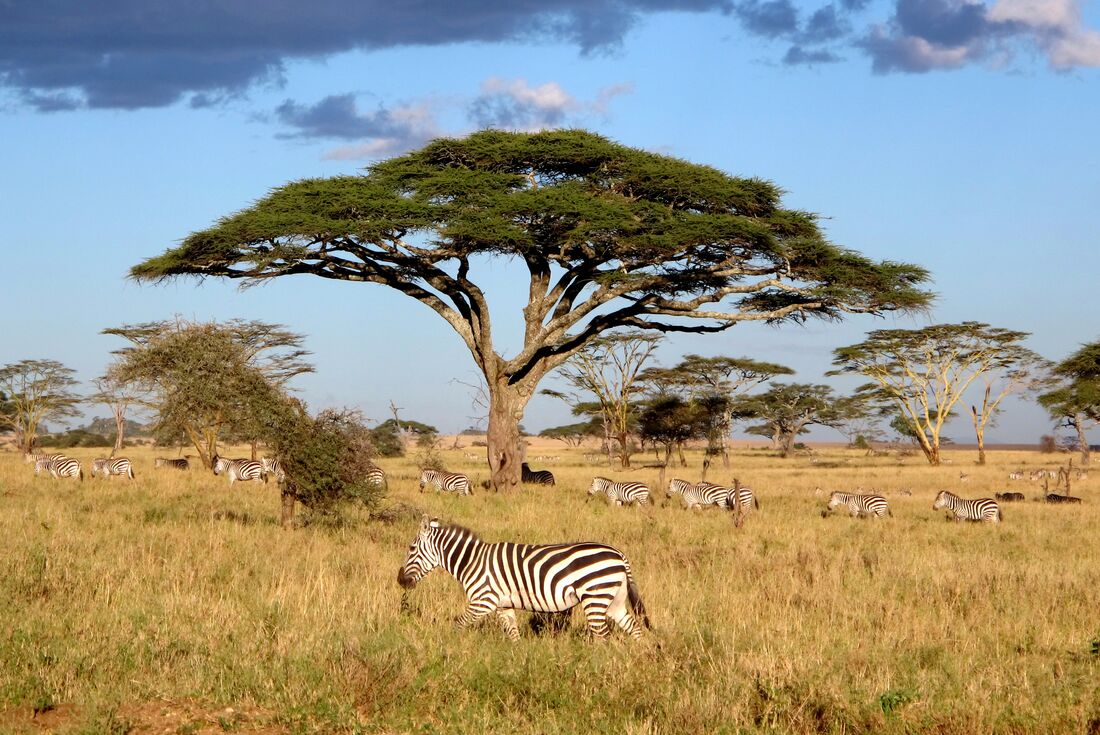 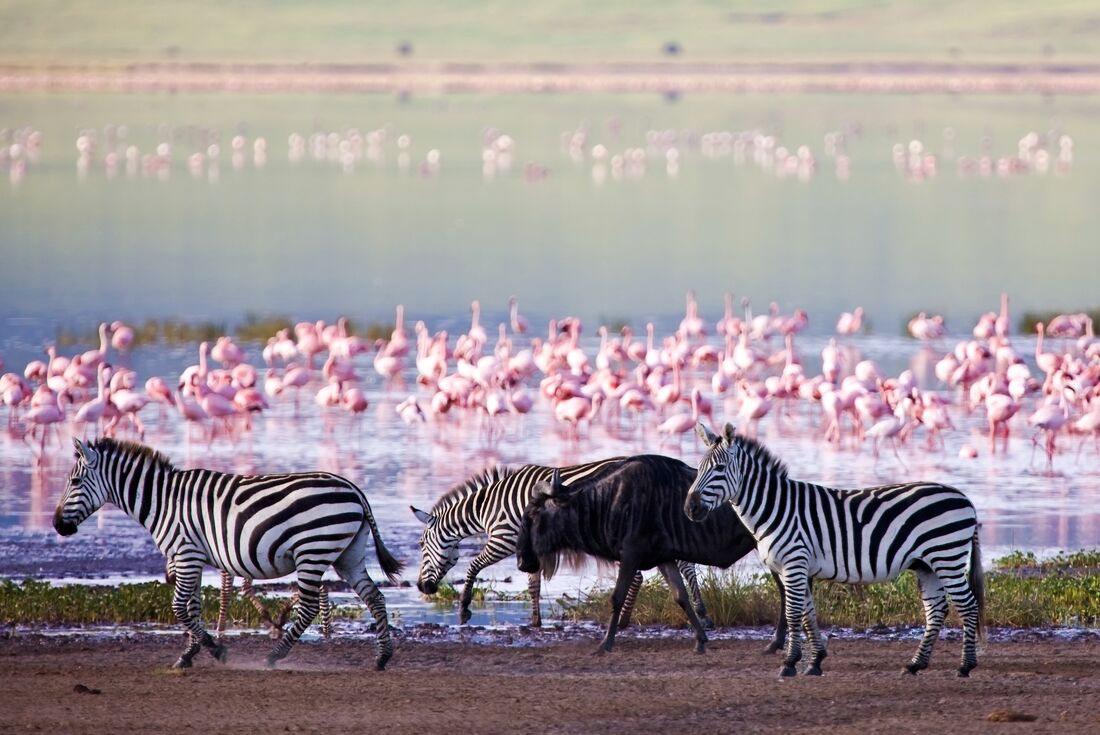 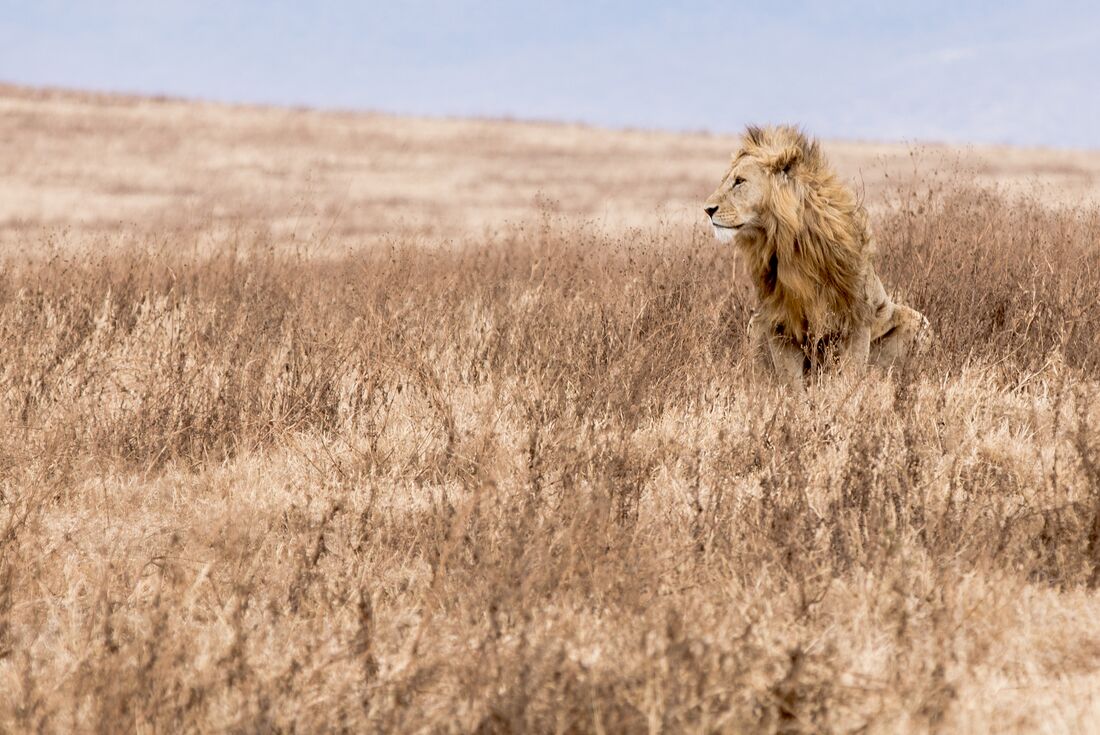 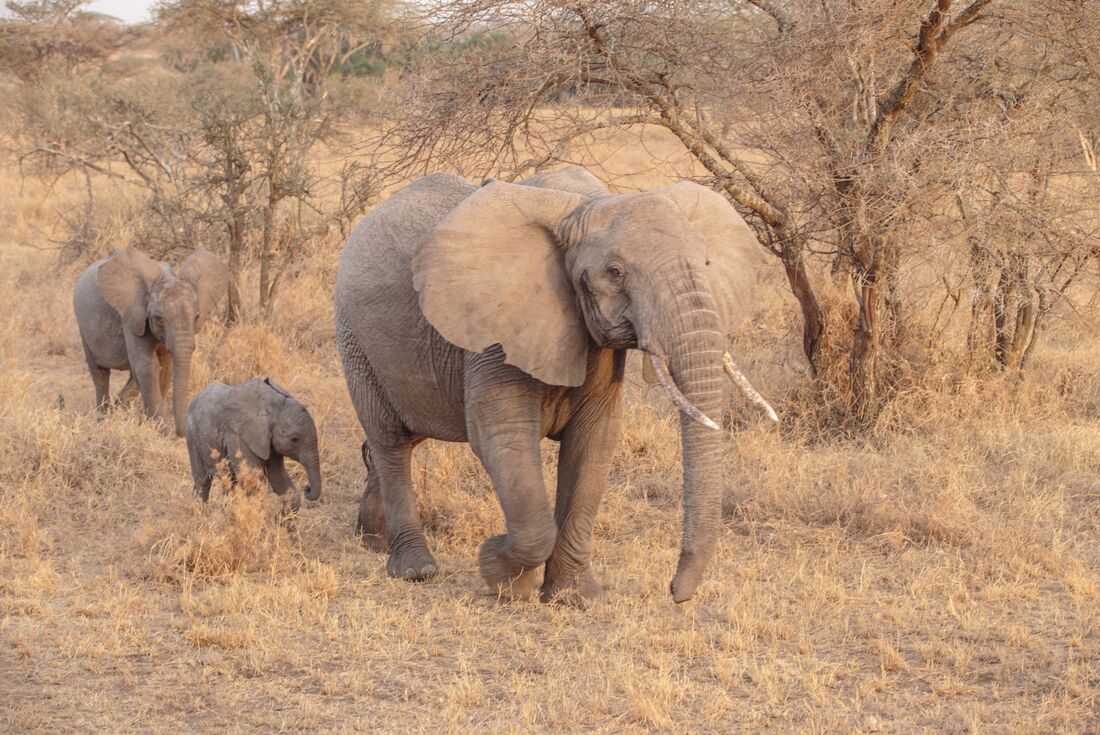 Welcome to Tanzania. This Short Break starts at the joining point hotel at 8am where you will be met and transferred to your lodge by a Intrepid representative. Alternatively you can be met at the airport if you arrive before 9am. This will allow enough time for you to transfer to Ngorongoro Crater (approximately 4-5 hours drive). You will enjoy an afternoon game drive when you arrive. Widely regarded as a microcosm of natural habitats in Africa and often touted as a veritable Garden of Eden. The ash from the volcano that collapsed here created fertile soil that encouraged rich savanna grasslands, which now support the largest herds of hoofed animals in the world. This of course attracts numerous predators and birdlife. Within the crater lies so many types of ecosystem, including riverine forests, open plains, freshwater and alkaline lakes. The scenery is spectacular as you descend almost 600 metres down to the crater floor. There is every chance you will see a considerable variety of wildlife in this compact area – hopefully you'll see some or all of the 'big five' creatures that rule here. Animals within the Ngorongoro Crater are less shy of people and safari vehicles, so it's easier to see them up close. The Masai are permitted to water their cattle at the permanent lake and can be seen leading their animals in and out of the crater. The most commonly seen animals are the lion, wildebeest, zebra, eland, bushbuck, cheetah, jackal, buffalo, Grant's gazelle and Thompson's gazelle. You may even catch a glimpse of the highly endangered black rhinoceros. Your lodge for the night is in a lush and quiet oasis in the small town of Karatu.

This morning you will leave the crater and drive to the Serengeti National Park. Enjoy a game drive on your way to your accommodation, watching the landscape change within the park from the vast treeless central plains to thick scrub and forest in the north. Linking these areas is the savanna, dotted with acacia trees and magnificent rock outcrops. You may visit the Simba Kopjes, an outcrop favoured by lion and cheetah as high perches and a place to hide their cubs, and they can often be seen basking in the morning sun on top. (Simba is Swahili for lion and kopje Afrikaans for ‘little head’). You’ll stop for a picnic lunch on the drive from Ngorongoro Conservation area to the Serengeti National Park. Enjoy the comfort of a tented camp within the national park.

The ‘Endless Plains’ of the Serengeti span some 14,700 square kilometres and capture the essence of Africa, with their main claim to fame the 3 million or so animals that make their home here. Massive numbers of grazing animals and various predators can be seen – wildebeest, zebra, gazelle, lion, cheetah, warthog, hyena, hippo and ostrich – and the interaction between the many species often provides some of the best wildlife viewing opportunities in the world. Today you will start around sunrise for a morning game drive and follow that up later on with an afternoon game drive, as the animals tend to be more active in the cooler hours of the day. You will usually return to camp during the hotter hours in the middle of the day, where you will enjoy a hearty meal, relax and maybe take a siesta. Depending on wildlife movements and opportunities for sightings, the drive may continue through lunch and last all day. In this case, you will return to the camp in the late afternoon. There's also the option of a balloon ride over the park today. If you have pre-booked this activity you will be picked up before dawn and driven to the launch site. After a safety briefing, you will glide through the dawn, sometimes at tree height, which provides amazing photo opportunities. Sometimes you will ascend, getting an overview of the enormity of the plains and the early morning movements of the teeming herds. After landing, you'll be treated to a five-star bush breakfast, then be returned to your camp.

Today we leave the Serengeti National Park and head back to Arusha (approximately 8 hours), where this safari short break comes to an end. Please do not book any international flights before 8pm.