This trip gives new meaning to the word remote, visiting places that are quite literally the most isolated on the planet. Experience the wildlife wonderland that is South Georgia, with thousands upon thousands of penguins to be seen. From the blackbrowed albatrosses of the Falkland Islands to the warblers and herons of Cape Verde, the birdwatching is outstanding from beginning to end. Step back in time in the little-known Tristan da Cunha Islands, an undisturbed, UNESCO-protected gem full of seabird colonies, shipwreck history and warm British hospitality

In the spirit of early Portugese explorers, embark on an epic journey northbound over the South Atlantic Ocean. Set sail from South America’s southernmost tip, Ushuaia, and explore an incredible spread of islands – East and West Falkland, South Georgia, Tristan da Cunha, St Helena, and Ascension. Then, as if the incredibly diverse wildlife and awe-inspiring Antarctic landscapes weren’t enough, drop anchor at the festive and folk music-filled Cape Verde, a destination off the coast of West Africa that defies categorisation. 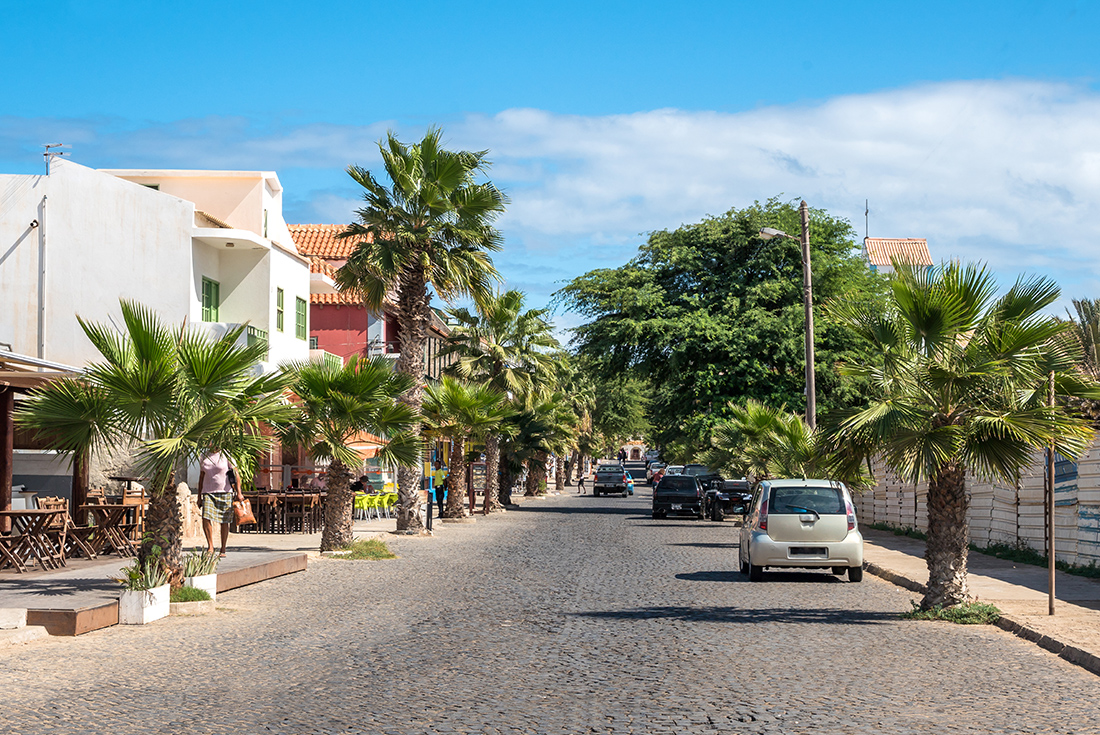 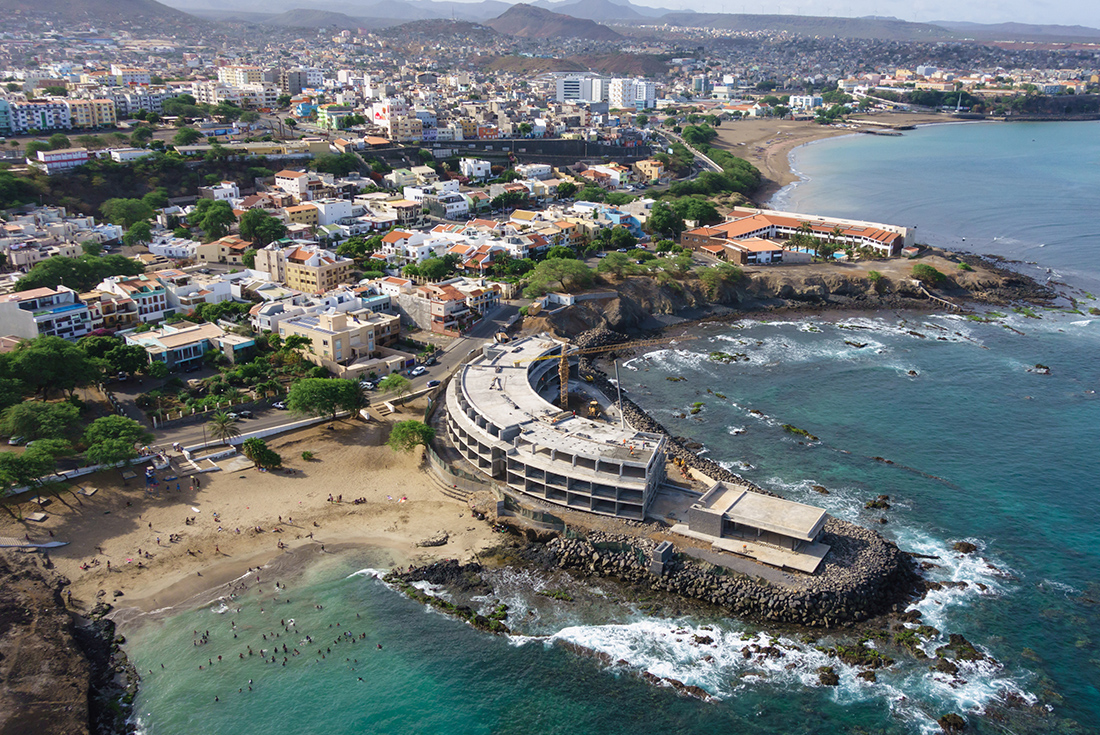 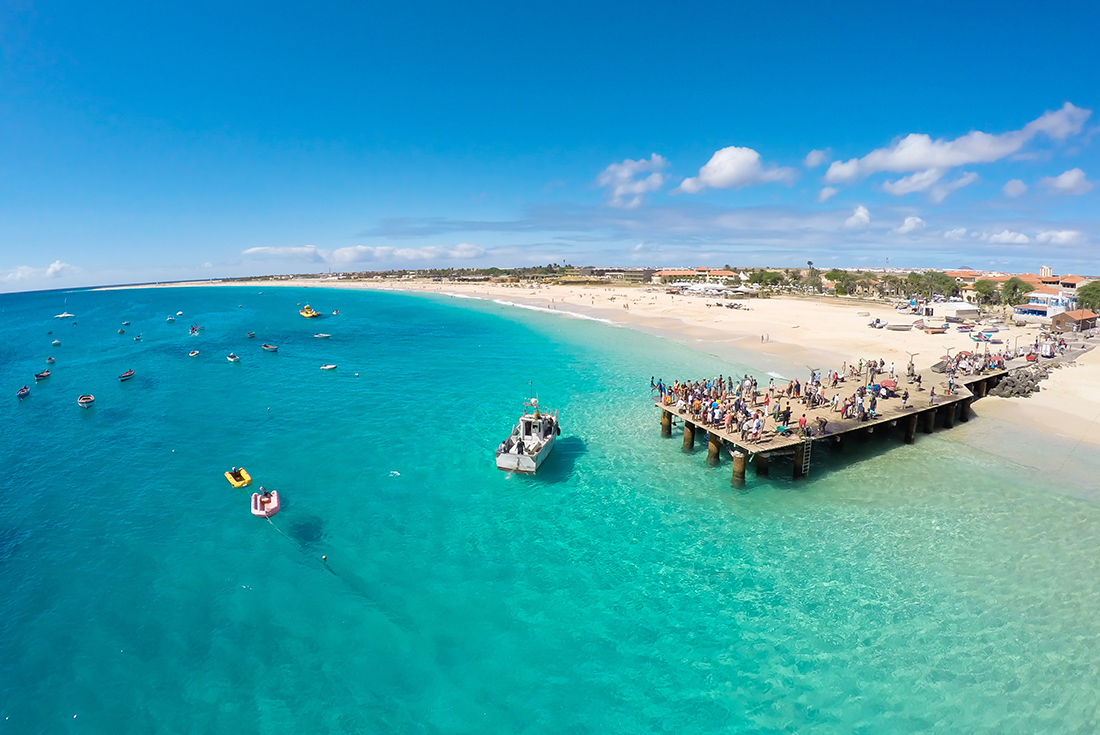 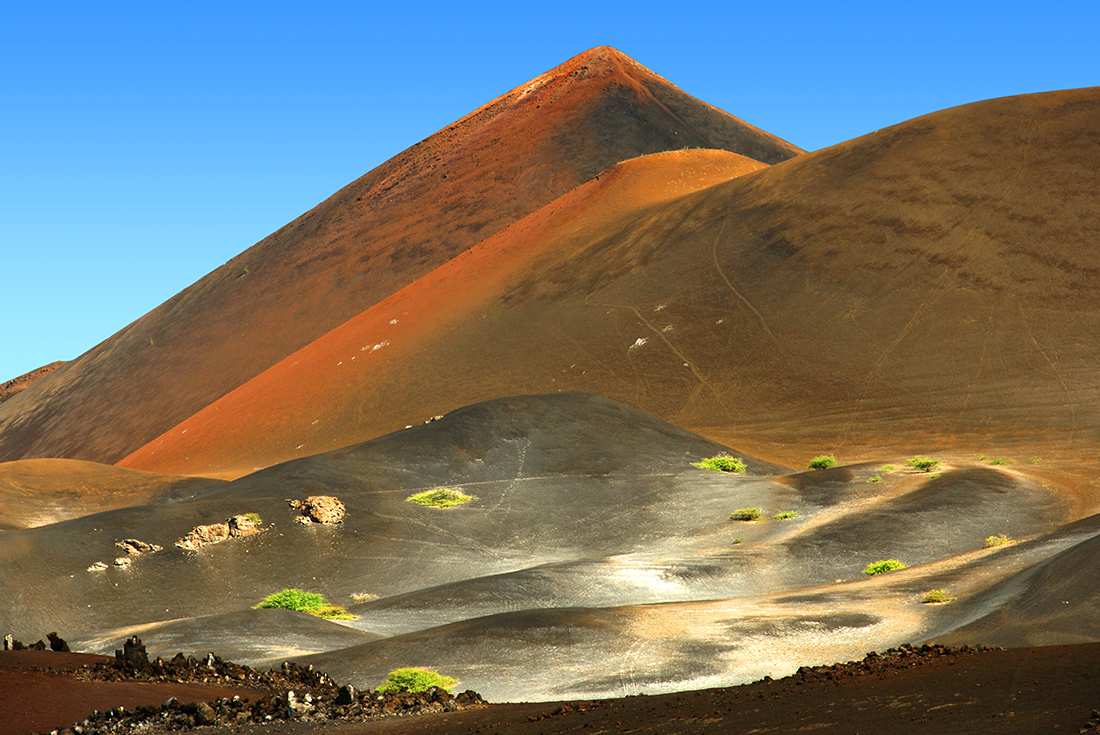 At the southernmost tip of South America, the quaint city of Ushuaia is the gateway for your voyage, offering a range of museums, shops, cafés and restaurants to explore before you embark your ship this afternoon. Once aboard, we’ll sail through the scenic Beagle Channel, looking out for seals, sea lions and seabirds. Be sure to be out on deck, ready to take it all in as your avian adventure begins.

While you’re at sea, dynamic presentations by our on-board experts will prepare you for all the excitement that lies ahead. Our first week, in particular, will be especially rich in seabird diversity as we explore subantarctic waters, and you’ll want to spend as much time out on the bridge as possible during the sea days. Today, as we sail to the Falklands (Malvinas), Peale’s and dusky dolphin sightings may be possible.

Upon arrival in the Falkland Islands (Islas Malvinas), you’ll be greeted by a feeling of rugged remoteness. Here, your camera will be put to work capturing the abundant wildlife and vibrant landscape. The archipelago contains two main islands, East Falkland and West Falkland, which you will experience up close by Zodiac and during shore landings. You’ll also have time to wander Stanley, also called Port Stanley, an eclectic outpost with a British country charm. You’re free to explore on your own and visit the numerous churches and museums, or pop into the pub, where you’ll find friendly locals eager to chat over a pint. Wildlife sightings in the archipelago should include at least three species of penguins (Magellanic, gentoo and rockhopper), plus two endemic bird species (Cobb’s wren and the Falkland steamer duck). If you’re lucky, you may spot king penguins and herds of elephant seals, as well! Viewing blackbrowed albatross is almost guaranteed, as 70 percent of the global population lives here.

Sailing to South Georgia, you’ll cross the Antarctic Convergence, an invisible biological transition region encircling Antarctica. This meeting of oceans, where the cold Antarctic waters mingle with the warmer waters of the Indian, Pacific and Atlantic Oceans is what creates the abundance of krill and marine life that attracts whales to the area. Your Expedition Team will keep an eye out for the albatrosses, petrels and fulmars that frequent the region.

Your next few days at sea can be as busy or as relaxing as you like. Attend presentations, peruse the books in our polar library, chat with your shipmates in the lounge, relax in your well appointed cabin or enjoy the expansive ocean views from the deck, spotting whales and seabirds.

With a long history of early oceanic exploration, the Tristan da Cunha archipelago has seen its share of shipwrecks. The most famous was the British Blenden Hall, destroyed in 1821 en route to Bombay (now Mumbai). Fortunately, all but two aboard survived. Isolated and with a rugged, volcanic terrain, most of these small isolated islands, which host an abundance of birdlife, remain uninhabited to this day. Together, Gough and Inaccessible Islands comprise two wildlife reserves and a UNESCO World Heritage Site, making them the most undisturbed islands in the South Atlantic. Zodiac excursions will take you close to the towering cliffs that support some of the most significant seabird colonies on earth. Bird lovers will marvel at the variety of unique species that include the Inaccessible rail (the world’s smallest flightless bird), Gough bunting, brown noddy, sooty albatross, yellownosed albatross, and Tristan thrush, skuas and buntings. Both islands also host northern rockhopper penguin colonies, so have your camera ready to capture the spectacle of 30,000 breeding pairs of these incredible creatures. With the sheer range of birdlife here, it’s no wonder the British Overseas Territory of Saint Helena, Ascension and Tristan da Cunha were identified by BirdLife International as Important Bird Areas! Ever wonder what the most remote place on the planet is like? Just ask one of the friendly residents of Tristan da Cunha Island, a chunk of volcanic rock smack dab in the middle of nowhere! All descendants of the original settlers, some 260 British citizens live here, in the village of Edinburgh of the Seven Seas—an astounding 1,510 miles (2,430 km) from the nearest inhabited neighbor, St. Helena Island. As you wander the lanes of The Settlement (as islanders call the village) or chat with locals at the lone pub, you’ll soon discover why escaping to Tristan da Cunha is akin to traveling back in time, where you’ll find an old-fashioned hospitality unlike anywhere else. A visit to the world’s most remote post office will yield a delightful collection of Tristan da Cunha stamps, illustrating everything from fur seals to a retrospective of Queen Elizabeth II’s dress styles to the 1816 landing of a British garrison. It’s a must-stop for philatelic enthusiasts. Just a short cruise away, Nightingale Island awaits. Although only one square mile (3.2 sq. km), this active volcano, which last erupted in 2004, is such a prolific breeding ground for more than a million seabirds, as well as endemic land birds, it’s almost completely occupied. It’s the only site in the world where Nightingale buntings are found.

We offer many activities to keep you engaged and entertained while at sea. Whatever you do—or don’t do!—take a moment to reflect on the amazing creatures you’ve encountered so far. Be sure to keep a lookout for the dolphins and seabirds that inhabit these subtropical waters.

The most inhabited of the islands we’ll visit, with 4,500 people living in the capital of Jamestown, St. Helena boasts a wealth of military history and was a major port of call for ships sailing to Europe from Asia and South Africa. Although the island was discovered in 1502 by the Portuguese, it remained “hidden” to the English until 1588, when Sir Thomas Cavendish visited to stock up on supplies for his return from a round-the-world voyage (it’s believed, however, that Sir Francis Drake likely located it earlier, during his 1577–80 global circumnavigation). Dubbed the “secret of the South Atlantic,” this British overseas territory is so remote, it’s where Napoleon Bonaparte was famously exiled from 1815 until his death in 1821. History buffs will want to explore Napoleon’s residence and pay their respects at his former tomb (which has been empty since his remains were returned to France in 1840). St. Helena offers various excursion opportunities. Wandering down by the wharf, you may feel the urge to climb the 699 steps up Jacob’s Ladder, learn about the island’s past and present at the museum, or visit the oldest Anglican church in the southern hemisphere. Or perhaps the breathtaking vistas from the massive High Knoll Fort—built in 1874 on the site of the 1798 citadel—may beckon. Birders especially will want to keep their eyes peeled for the island’s unofficial national bird: the St. Helena plover. Locals call this endemic species the wirebird, thanks to its thin, wirelike legs. Another option may be to pay a visit to the world’s oldest living land animal—a 184-year-old giant tortoise named Jonathan. Fun fact: St. Helena has its own local currency, derived from the British pound, and Jonathan graces the five-pence coin! Other current circulating coins feature such images as dolphins, sooty terns, a green sea turtle and the St. Helena coat of arms, while commemorative coins depict historic figures and events, like Napoleon, the 1947 royal visit and the 1677 visit of astronomer Edmond Halley (of Halley’s comet).

These sea days take you to the islands farthest north in the British overseas territory of St. Helena, Ascension and Tristan da Cunha, Britain’s second-oldest remaining colony. Seabird sightings may include Madeiran storm and Bulwer’s petrels.

At first glance, Ascension may seem stark and completely barren (Charles Darwin, on a brief visit in 1836, famously called it arid and treeless). Indeed, most of the island’s 34 square miles (88 sq km) are surreal, covered with lava flows and cinder cones, but you’ll spot several surprises along the coast: sandy beaches dramatically tucked in between mounds of striking black volcanic rock. The biggest of these is Long Beach, in the capital of Georgetown. Unsuitable for swimming, the beach is a major nesting site for giant green turtles, who journey from their feeding grounds in Brazil. Wildlife lovers will want to have their binoculars out to view, from a safe distance, some of the thousands of females who lay their eggs in the sand. This rocky outcrop is also the most important seabird breeding site in the tropical Atlantic, supporting more than 400,000 birds and 11 species. Expect to see the endemic Ascension frigate bird, which breeds mainly on nearby Boatswain Bird Island, as well as a large sooty tern colony nesting on coastal cliffs and sea stacks, plus both the masked and the brown booby. If conditions allow, a short Zodiac cruise off Ascension’s east coast will bring you near Boatswain Bird, a small but significant nature reserve that’s the nesting ground for a vast number of vulnerable endemic seabirds such as black noddies, Madeiran storm petrels, three species of boobies (masked, brown and red footed), and, of course, boatswains (tropicbirds). As you approach the island, some spectacular sights will emerge: the sea rushing through an impressive natural arch, and, hopefully, pods of bottlenose dolphins frolicking in the warm waters.

Bid adieu to your South Atlantic adventure, as your final destination, Cape Verde (Cabo Verde), awaits! As your ship surges north, crossing the equator, take a moment to swap stories and photos with your shipmates. Time spent out on deck may reward you with sightings of whale pods and dolphin pods. Nearing Cape Verde (Cabo Verde), about 310 miles (500 km) off the west coast of Senegal, you may catch sight of the Cape Verde shearwater, which only breeds on the archipelago.