South Georgia is rich in history and wildlife. Stand upon beaches teeming with thousands of king penguins in some of the largest rookeries in the world. Visit abandoned whaling stations and the resting place of the great explorer, Sir Ernest Shackleton. See abundant species of whales, seabirds, seals and penguins on regular Zodiac excursions along the plunging coastline of the Antarctic Peninsula. Learn about Antarctic history, geology and wildlife from on-board lectures made by polar specialists

Antarctica is considered by many to be the final frontier. Home to an equal number of stories of glory and tragedy, you can experience this incredible spot for yourself and find out what drew so many to explore this rugged and unforgiving land. Watch penguins at play, spot minke whales in the icy waters as you navigate south from Buenos Aires, keeping an eye out for other animals, including leopard seals, blue whales, orcas, birds and fur seals. Spend some time learning about South Georgia as you go ashore to discover old whaling stations and linger a while at Sir Ernest Shackleton’s remote grave and the nearby whaling station. 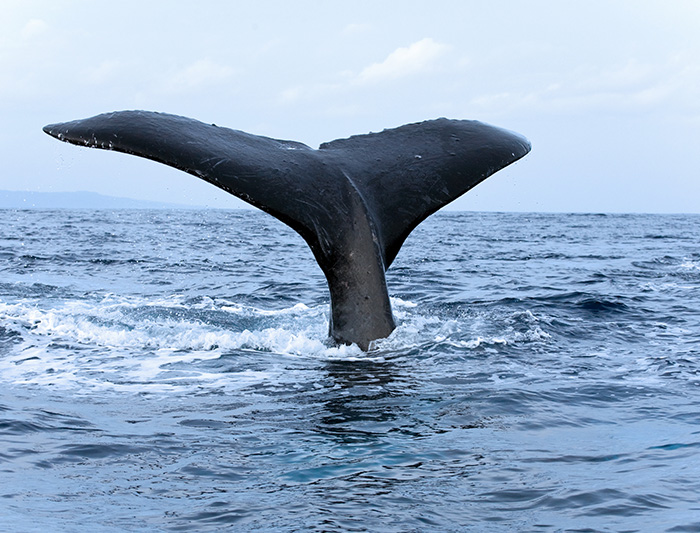 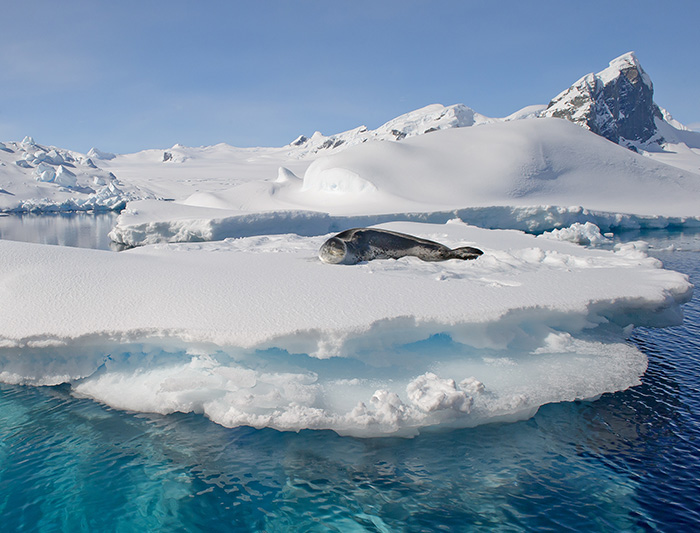 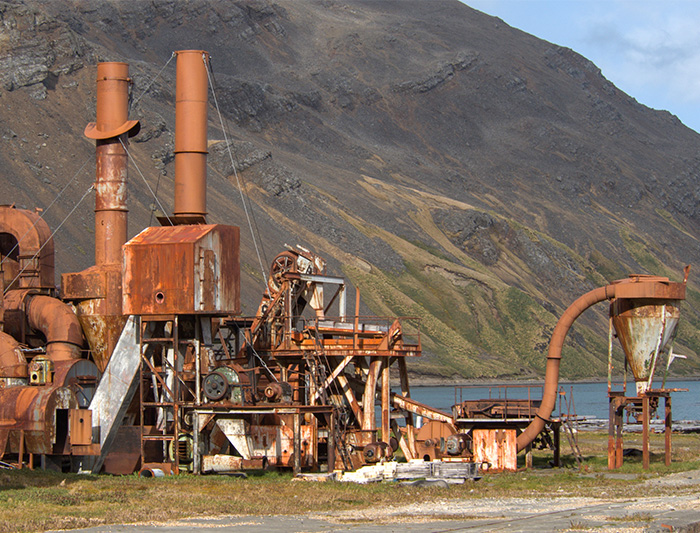 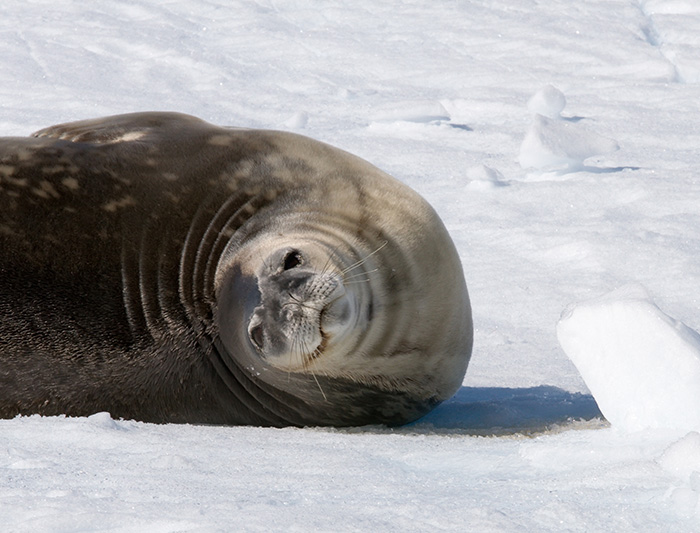 Welcome to Buenos Aires, where your Antarctic adventure begins. Arrive into the city any time today, and independently transfer to the group hotel (accommodation for the night is included). There’s plenty to see and do if you arrive early into Buenos Aires. The city features an eclectic mix of European, Latin and cosmopolitan influences, with a thriving cultural and nightlife scene. Comb the antique markets and cobbled streets of San Telmo, see the presidential palace of the Casa Rosada in the Plaza de Mayo or pay your respects to Eva Peron at the famous Recoleta Cemetery.

On approaching South Georgia, have your camera ready to capture shags, prions and albatross in the water around you. Make your first potential landing in a protected bay of the island, which is one of the most fertile breeding grounds in the world for sub-Antarctic wildlife. The island’s king penguin rookeries are the world’s largest, with populations sometimes numbering into the hundreds of thousands. South Georgia is scattered with abandoned relics and evidence of human activity from centuries past. Visit old whaling stations, including the settlement of Grytviken, which is home to the remains of the famous Antarctic explorer, Sir Ernest Shackleton. Please note that each landing is determined by weather conditions. POSSIBLE LANDINGS AND WILDLIFE SIGHTINGS – SOUTH GEORGIA DRYGALSKI FJORD This is a photogenic and dramatic fjord, with sharp and jagged peaks rising out of the sea. Glaciation never reached the peaks of this fjord, giving it a unique landscape. GOLD HARBOUR The backdrop to this harbour is the hanging Bertrab Glacier. King and gentoo penguins call this place home, as do rowdy elephant and fur seals. GRYTVIKEN Only a handful of people live on South Georgia, a United Kingdom overseas territory. Two of them are curators of the South Georgia Museum, located in the former whaling station manager’s villa. A church was built for the whaling community and is the only building in Grytviken that is still used for its original purpose. PRION ISLAND Robert Cushman Murphy named this island for the species of petrels seen here. Wandering albatross are also known to nest on the island. SALISBURY PLAIN One of the largest king penguin rookeries in South Georgia is located on Salisbury Plain. The Murphy and Lucas Glaciers flank the plain, creating a perfect backdrop for photographers. ST. ANDREW'S BAY Thousands of breeding pairs of king penguins nest at St. Andrew’s Bay. It is the largest king penguin rookery on South Georgia and quite a spectacle to behold. Reindeer introduced by Norwegian whalers are known to feed on the grass in the area. STROMNESS This abandoned whaling station was in full operation the day that Ernest Shackleton and his companions staggered in after a 36-hour trek across the island. There is a small cemetery here, with the graves of 14 whalers. The following Optional Activities are available to participate in, on some or all of the departures of this itinerary. These must be booked in advance (additional costs apply) and space is limited. KAYAKING – Our kayaking adventures are the best way to feel at one with the sea. Taken in small groups of maximum 16 people, multiple times per voyage, kayaking adventures are only conducted during calm weather conditions. Kayaking is open to all levels of experience, however kayaking in the polar waters is not suitable for novice kayakers. Beginners interested in kayaking should first take an introductory course prior to the voyage which includes how to do a wet exit. In addition regardless of your experience, we recommend you take part in some kayaking practise prior to the voyage to ensure that you are comfortable on the water in the icy conditions. STAND-UP PADDLEBOARDING - Combining surfing with kayaking or canoeing, stand-up paddleboarding will give you a very personal and unique perspective on Antarctica. This activity is taken in small groups in good weather conditions on calm bays and harbours, with a Zodiac following for your safety. INCLUDED OPTIONAL ACTIVITIES PHOTOGRAPHY - Antarctica is one of the most abundantly photogenic destinations in the world. Penguins amble across pebbled beaches, whales spy-hop from the crystal blue sea and sparkling icebergs tower in this serene, yet dramatic environment. Whether you own a serious SLR or a simple point-and-shoot, our on-board photography expert provides you with hands-on instruction and technical tips to ensure that you capture the best of your Antarctica experience.

Antarctica awaits you. While at sea, enjoy free time to relax and enjoy the scenery. Attend presentations by experts on the history and geology of the continent, and learn tips on how to identify different species of wildlife.

Arrive into Ushuaia in the morning after breakfast. After disembarkation the group will tour Tierra del Fuego National Park for a little taste of Patagonia, before transferring to the airport for the group charter flight back to Buenos Aires. On landing, there are no more activities planned for today and you’re free to leave at anytime.