In the Wake of Mawson

In the Wake of Mawson

This voyage is a real adventure. Travelling across the Southern Ocean in a small boat, as the great explorers did, is a thrill to say the least. Difficult to reach but well worth the effort, Mawson’s Hut is one of those mythical places in the world. Douglas Mawson most definitely got there the hard way, hiking for 100 miles with minimal food. Fewer people have seen the huts than have conquered Mt Everest, and it’s a special thing to be among those lucky few. Keen birdwatchers will be delighted by the locations visited. As well as albatross, prion and petrel, there are many species of penguin to uncover, and the iconic emperor penguin may well reveal itself on the Antarctic coast. Zodiac excursions allow for up-close experiences with the landscapes and wildlife in both East Antarctica and the subantarctic islands south of New Zealand

Trace the path of legendary Australian geologist and explorer Sir Douglas Mawson on this superb 26-day polar cruise into East Antarctica. Charting a course from Hobart, Tasmania, all the way down to the great white continent and back up to Bluff, New Zealand, this exclusive cruise comes courtesy of Chimu Adventures and the Mawson’s Huts Foundation. Peregrine travellers can now visit the far-flung east coast of Antarctica, sailing via Macquarie Island, Campbell Island, the Auckland Islands, The Snares, and Commonwealth Bay, the home base of Mawson’s great journey. The rare opportunity to visit Mawson’s Huts gives a first-hand glimpse into the fated events of 1911¬–14, and the wildlife and birdlife along the way is nothing short of spectacular, with emperor penguins, endangered New Zealand sea lions and many others on the agenda. Rich in stunning southern landscapes, Antarctic scenery and tales of triumph and discovery, In the Wake of Mawson is an expedition not to be missed by Antarctica lovers and intrepid travellers alike. 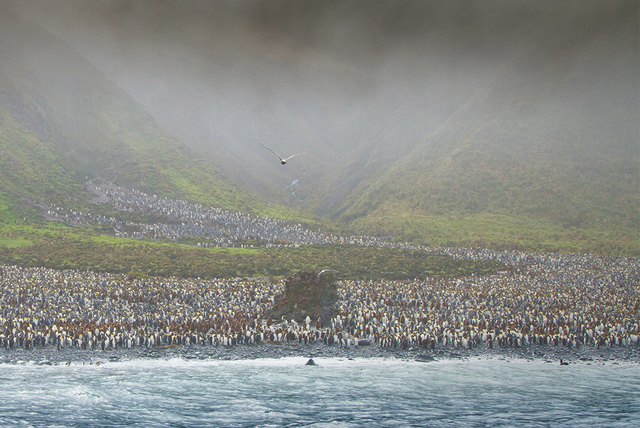 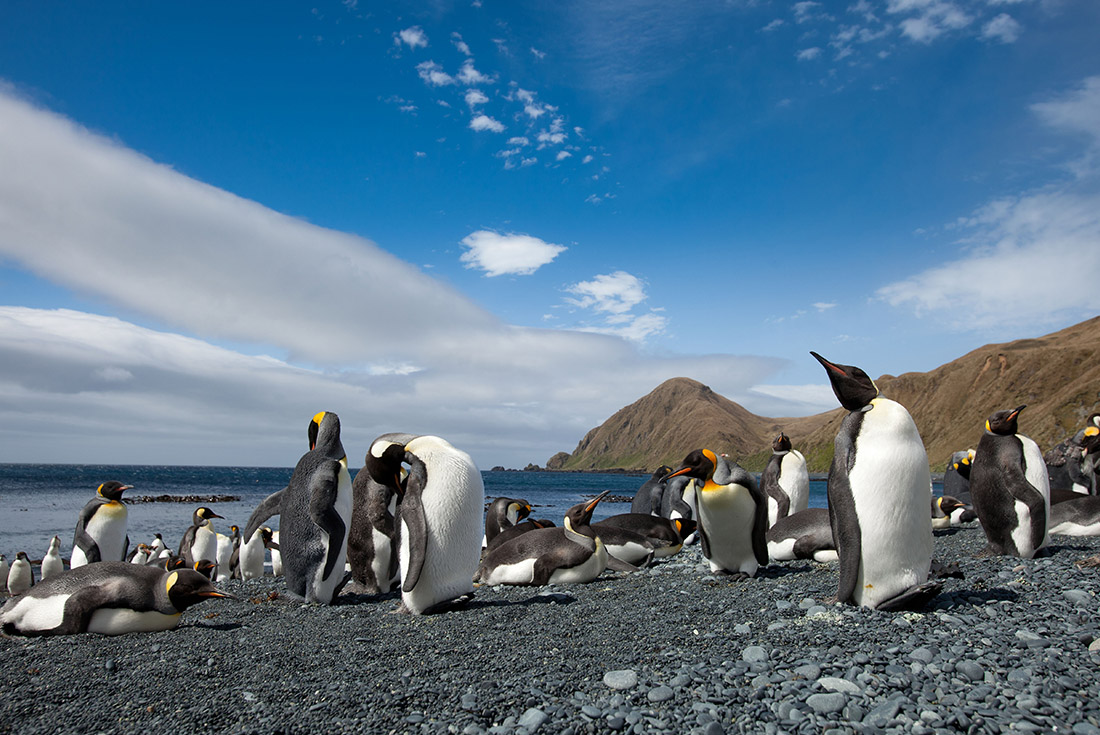 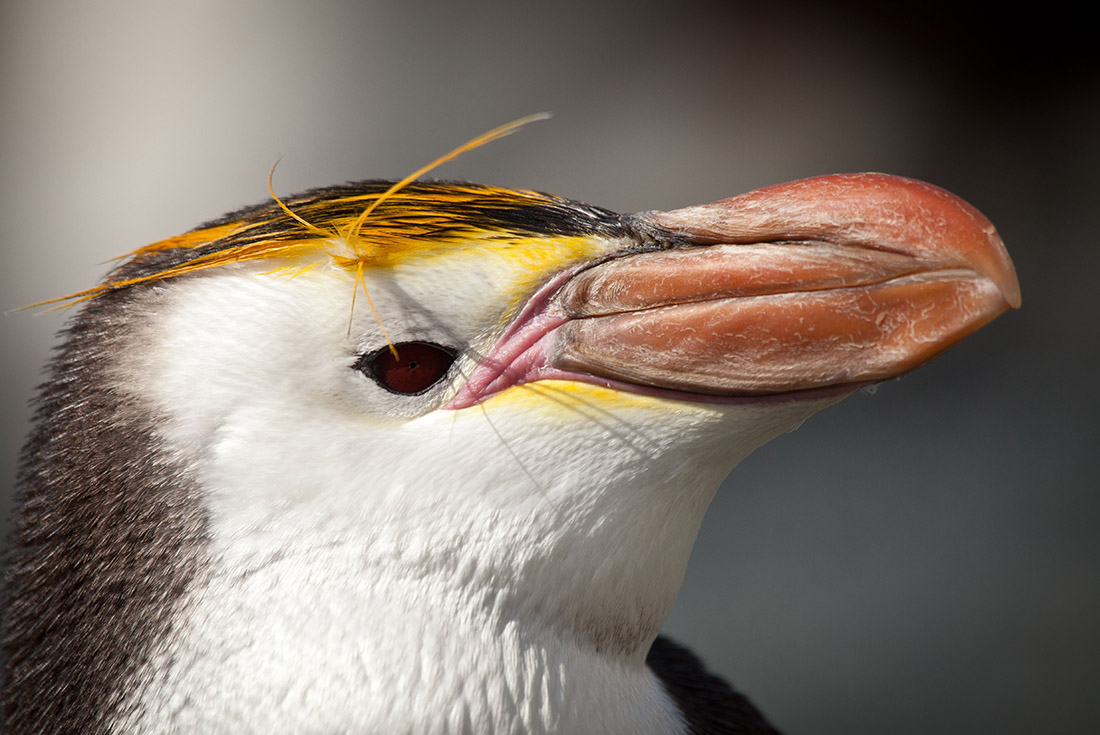 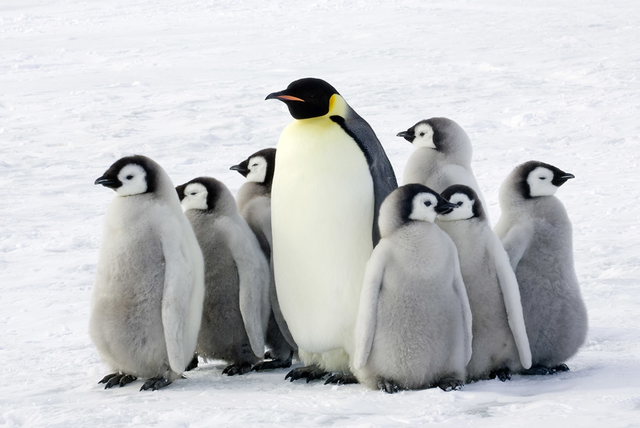 Welcome to Hobart, Tasmania. It’s well worth arriving a day or two early to explore, as this town is rich in colonial architecture, beautiful waterways and excellent gourmet cuisine, not to mention the world-renowned Museum of Old and New Art (MONA). Your adventure begins with a private tour and reception at the local Mawson’s Huts replica. Acquaint yourself with fellow voyagers and some of the expedition crew ahead of embarkation tomorrow.

The expedition team welcomes you aboard. First we set sail across Storm Bay, cruising past Bruny Island and the Tasman Peninsula en route to Macquarie Island.

As we make our way through an area known as the roaring forties (a reference to the powerful westerly wind currents felt at latitudes between 40 and 50 degrees) there will be a series of video-supported lectures on the Subantarctic Islands and the Southern Ocean, a chance to learn some of the biology and history of the region. Birdwatchers can keep an eye out for the wandering albatross, royal albatross, black-browed albatross and light-mantled sooty albatross, as well as the fairy prion, fulmar prion and Antarctic prion.

Supporting one of the greatest concentrations of wildlife in the Southern Ocean, Macquarie Island plays host to millions of penguins across four different species: king, rockhopper, gentoo and the endemic royal. Sandy Bay and Buckles Bay are our focus, with a guided tour of the Australian Antarctic Division Base and possible sightings of southern elephant seals in slumber on the beaches.

Steaming ever southward through the Southern Ocean, we sail on as petrels and albatrosses soar above. The captain manoeuvres the ship between drifting icebergs, and the first ice photography opportunities present themselves. At this juncture we enter the realm of 24-hour daylight, a special moment announced for celebration by the captain.

The first landing we make on the East Antarctic coastline will be (if the weather and ice conditions are on our side) at Cape Denison in Commonwealth Bay. Adelie Penguins are sure to make their presence known, but the real stars of the show here are Mawson’s Huts and their environs. Thanks to The Mawson’s Huts Foundation and their conservation efforts, we can now enter the historic huts and connect directly to the story of the 1911–1914 expedition. As well as exploring the coast, we hope to land near a colony of Emperor penguins, as well as see first-hand the majestic glaciers, icebergs and rugged east Antarctica coastline.

As we depart from the stunning icescapes of Antarctica, settle into some quieter time at sea. It’s a chance to recover from the extensive Antarctic daylight hours and look back at some no doubt impressive moments documented through the lens. As Campbell Island draws nearer, absorb some background information in a series of lectures that prepare you for the next chapter.

There is ample time to explore Campbell Island, New Zealand’s southernmost subantarctic territory. Select from a number of optional activities that allow you you to explore the island.

Next we arrive in Carnley Harbour, once the caldera of the Carnley volcano. A nice option here is to take the challenging scramble to witness a shy albatross – also known as a white-capped albatross or shy mollymawk.

Sandy Bay is one of three breeding areas in the Auckland Islands for the New Zealand sea lion, or Hooker’s sea lion (in Maori language it’s known as a whakahao). Of all sea lion families in the world, this species is among the most rare and most threatened.

The vastest island within The Snares, North East Island is believed to host more nesting seabirds than all of the British Isles put together. We arrive here early in the morning and set off by Zodiac for a cruise along the sheltered eastern side of the jagged coastline.

Touch down at the port of Bluff early in the morning. After a final breakfast, it’s time to say goodbye to your fellow voyagers and board your coach transfer to either a central city point or the airport. 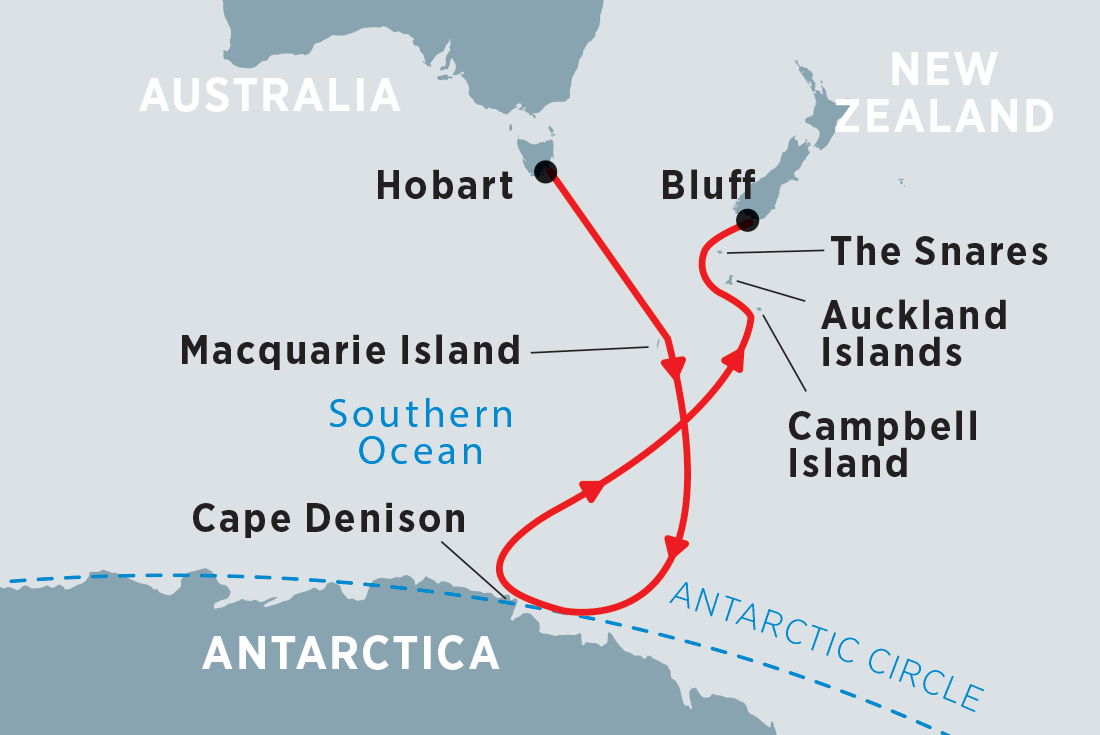