Spot storm petrels, razorbills and even adorable Atlantic puffins on Fair Isle’s bird cliffs, one of the best birdlife watching locales in the UK.. Stroll the laneways of Torshavn in the Faroe Islands and admire the quaint wooden houses with traditional sod roofs.. Step foot on the rarely visited Jan Mayen islands, which is often shrouded in mist and has a population of just 18 Norwegian soldiers and meteorologists.. End this trip in Spitsbergen with all of the wildlife wonders that it offers, including the opportunity to see polar bears, minke whales, Arctic foxes and walruses in their natural habitat

Embark on a unique voyage to some of the most sparsely populated islands of the North Atlantic. From our well-appointed expedition vessels, make regular landings to experience these islands first hand. Witness soaring cliffs teeming with thousands of seabirds, rugged mountains where sheep graze on steep slopes, and meet the hardy folk who still make their living from the sea and the land – enduring all the Atlantic throws at them. Finish up in Spitsbergen, the wildlife capital of the Arctic where the polar bear reigns as king, and keep your fingers crossed for a chance to spot these huge carnivores as they hunt on icy shores. 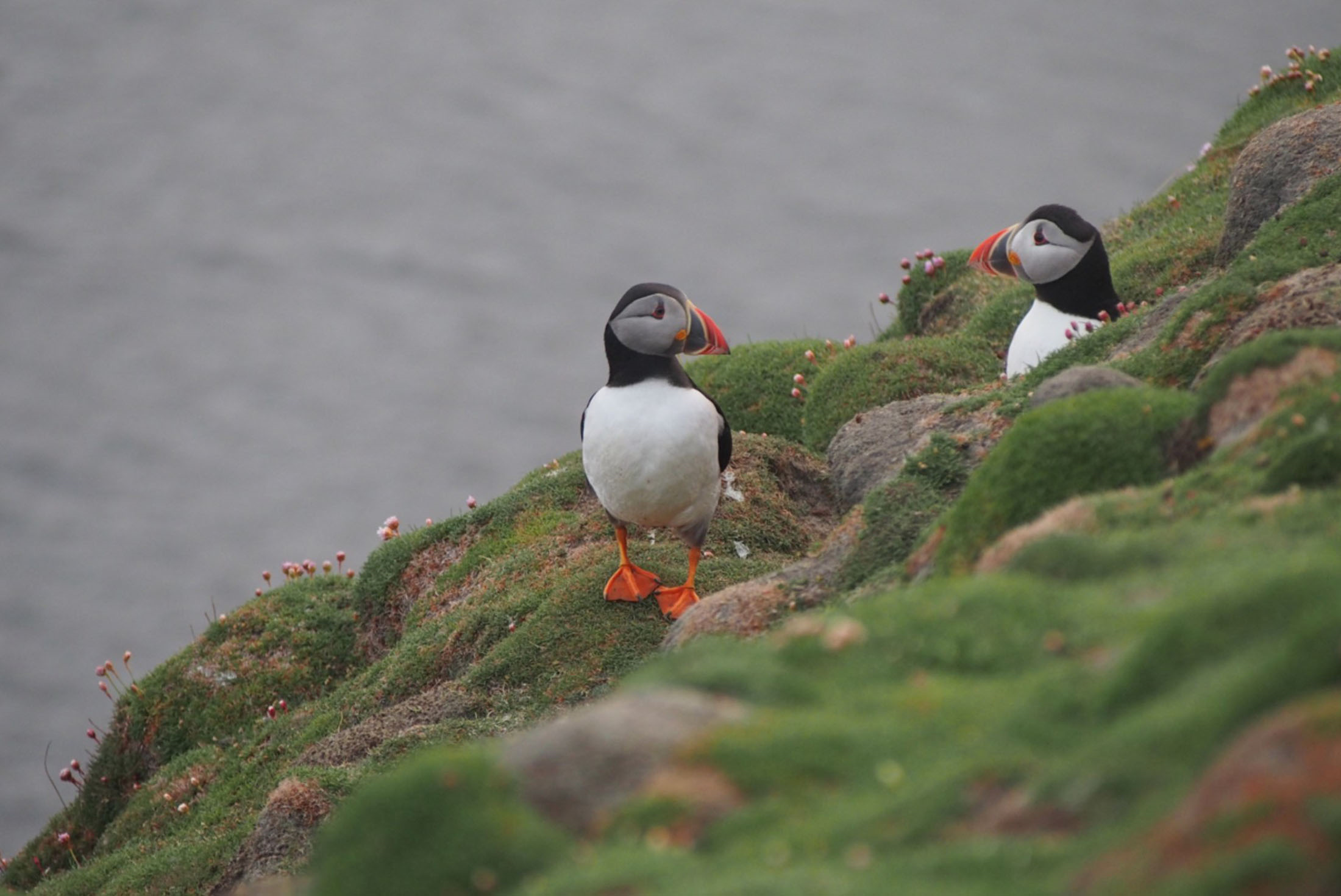 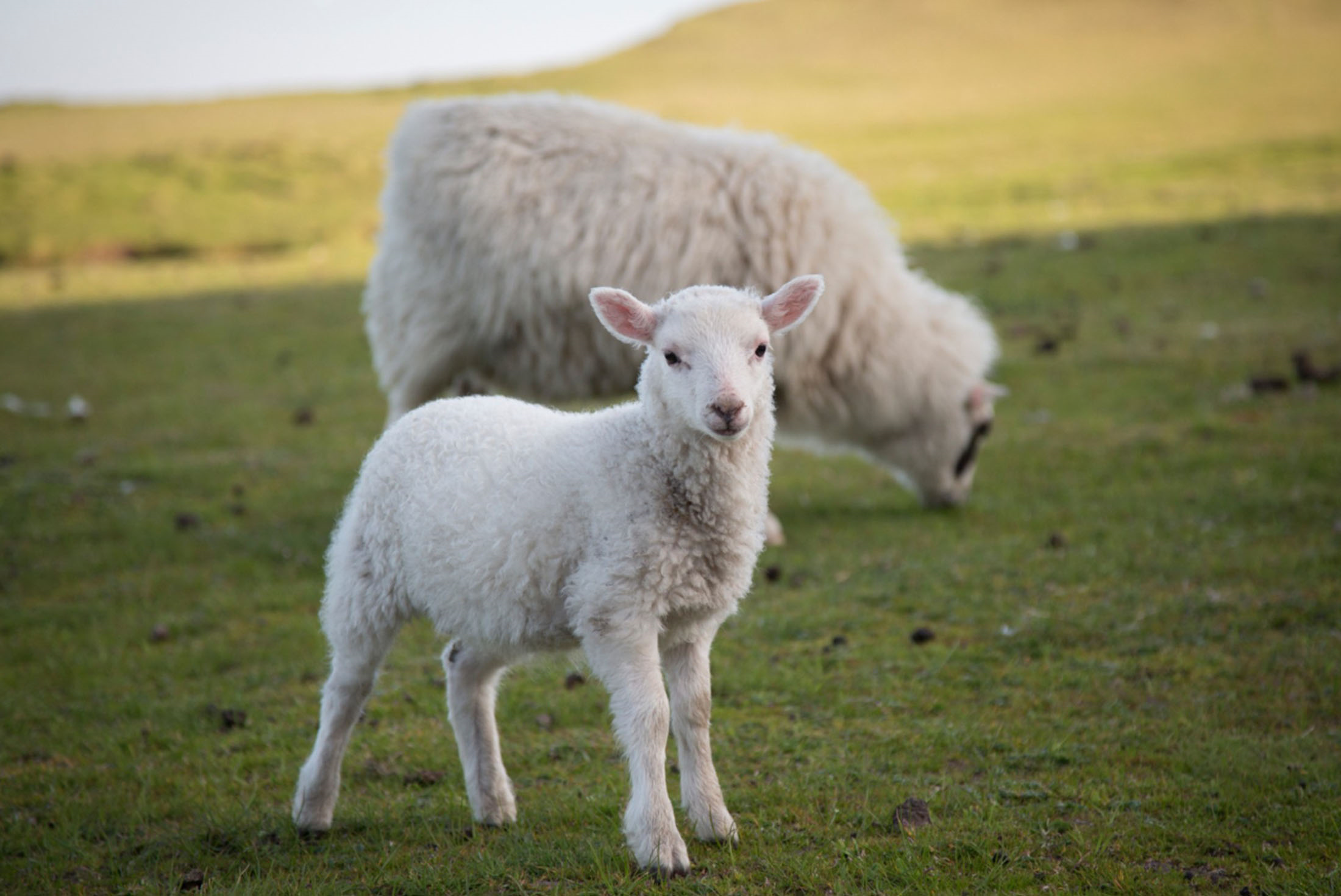 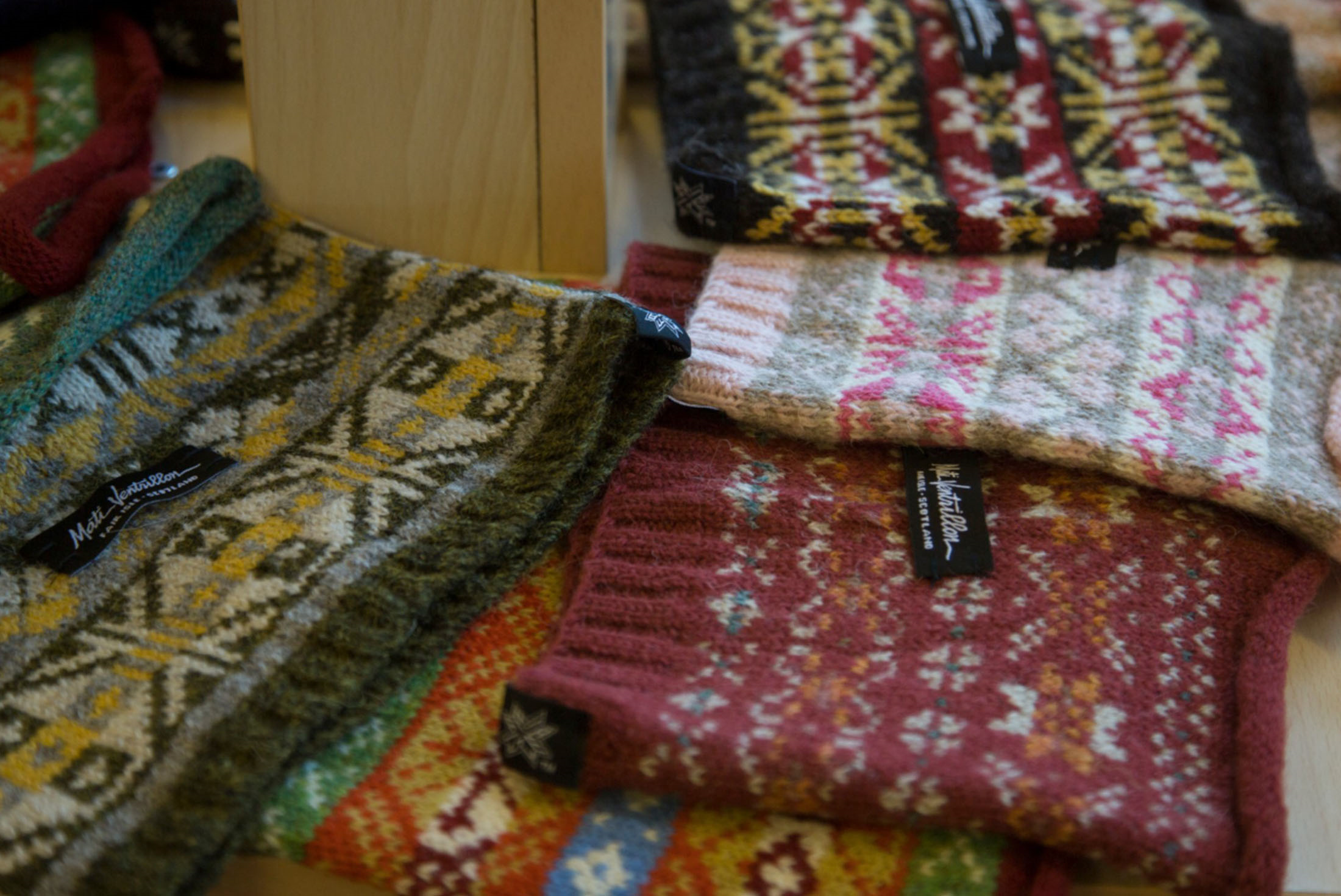 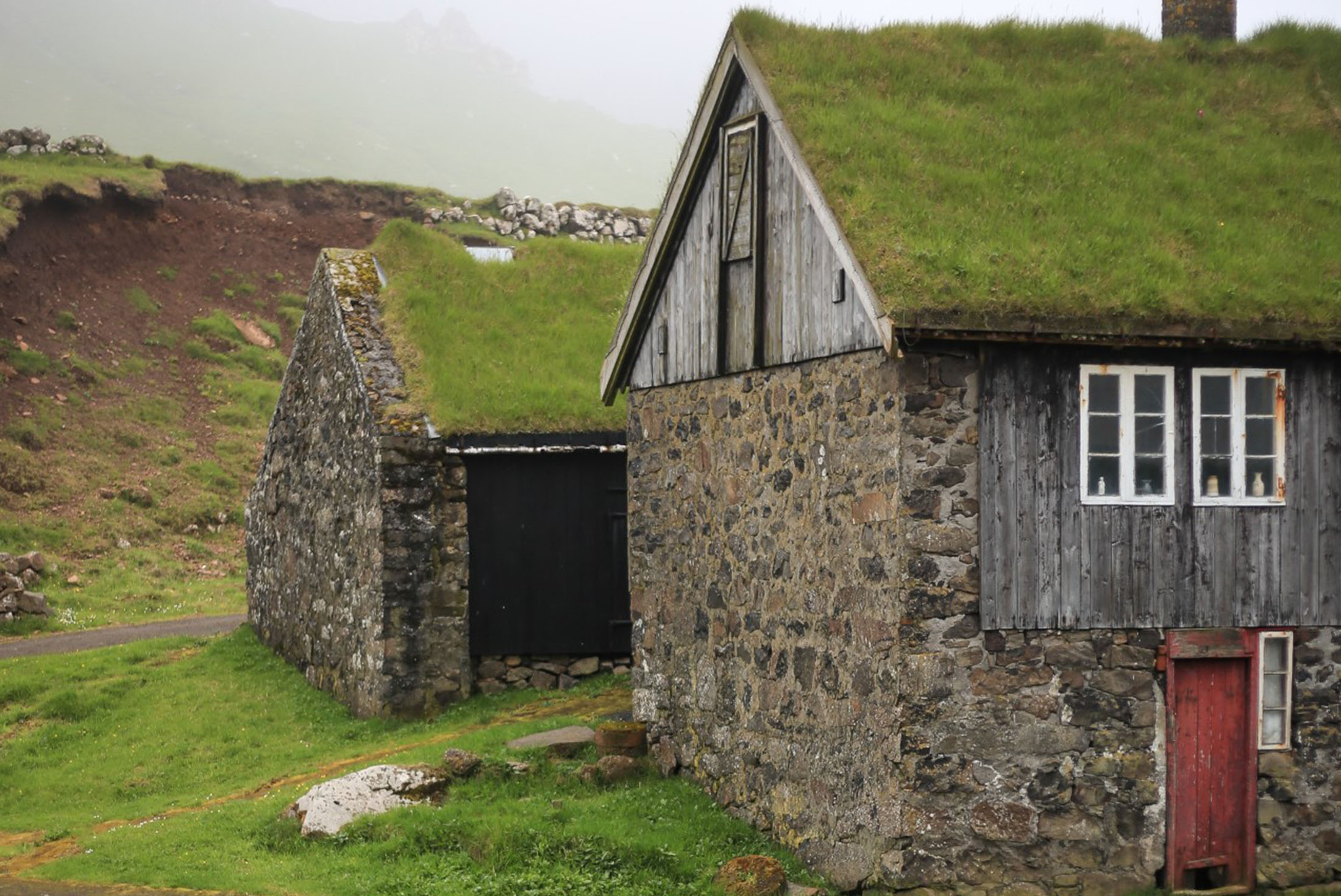 The gateway for your Arctic adventure, the Scottish city of Aberdeen has many monikers, but its most famous is Granite City (it was once the granite capital of the world). Wandering the streets, you’ll soon see why, as the Victorian buildings sparkle in the sun, courtesy of the high mica content of the granite. A bustling cultural hub, Aberdeen also offers a range of museums, galleries, theatres, shops, cafés and restaurants to explore. Be sure to be out on deck, camera in hand, as your ship sets sail this afternoon. The area’s coastal waters offer excellent possibilities for spotting bottlenose and white-beaked dolphins, harbor porpoises and minke whales.

The U.K.’s most remote inhabited island, the extraordinary Fair Isle is located halfway between the Shetland and Orkney Islands. Boasting a rugged beauty, Fair Isle’s landscape is diverse, with fields and moors dominated by seaside cliffs and an astounding amount of sea stacks, natural arches and caves. Despite its small size (and lack of a pub or restaurant), the island offers activities for history, nature and photography buffs alike. Visit the museum to immerse yourself in local artifacts, photos, knitwear and other historical memorabilia. Or climb up the 106 steps and two ladders to the top of the south lighthouse, to take in incredible vistas of the dramatic peninsula. At 85 feet/26 meters, the 1891 Stevenson structure is the tallest lighthouse in the Shetlands and was one of the last in Britain to be manned. Don’t forget to snap a shot of the circa 1935 classic red phone booth by the post office! In terms of wildlife, orcas are native to the waters around Fair Isle, and they sometimes come close in pursuit of seals. But the island is best known for its bird observatory and offers an exciting vantage point for viewing migrating birds, with coastal cliffs teeming with seabirds in spring and summer. The star attraction is the Atlantic puffin, a clown-like bird that clings to the steep slopes. Photographers will surely want to capture pictures of their bemused expressions, and Fair Isle’s easily accessible grassy banks make it one of the best places in the Shetlands to get close to these colorful creatures. Northern fulmars, kittiwakes, storm petrels, razorbills and guillemots are also likely to be spotted, soaring over the open waters. Another must for visitors to this community of crofters, artisans and artists, a traditional Fair Isle sweater will keep you warm during the rest of your Arctic voyage. Be sure to pick one up, along with a matching hat, scarf and mittens, at the observatory gift shop.

Known for its beautiful, unspoiled landscape, with verdant pastures giving way to rugged, steep cliffs, the Faroe Islands have a storied past, though the details of the archipelago’s early history are a bit hazy. The first settlers may have been seventh-century Irish monks seeking solitude on these islands far removed from any continent. Their isolation ended in 800 AD, with the arrival of Norse farmers, and Norwegian colonization continued throughout the Viking Age. Today, many of the inhabitants of the Faroe Islands, now a self-governing country within the Kingdom of Denmark, are descendants of Norwegian Vikings. Exploring Tórshavn, where the Vikings established their government in 825 AD, you can travel back in time and enjoy a soothing solitude similar to those early days. One of the world’s smallest capitals, the picturesque Tórshavn has a relaxed vibe and a number of historic and cultural sites. Meander the maze of narrow laneways of the old town, admiring the quaint wooden houses with traditional sod roofs and white paned windows. Learn about the history of the islands, from the days of the Vikings till the 19th century, at the National Museum of the Faroe Islands (be sure to check out the carved church pew ends), explore the botanical gardens at the national history museum, or visit the art museum to see vibrant works by Faroese artists. If you’re looking for more action, hike up to the historic fort, built in 1580 to guard against pirate raids, and enjoy stunning views of the port below. Or perhaps you prefer to wander the charming harbor, filled with cafés, pubs and old warehouses, and simply gaze out at the sea while sipping a latté .

Say goodbye to the Faroes as we cruise toward the world’s most northerly volcanic island, Jan Mayen. There are several activities to keep you engaged while at sea. Learn to identify seabirds gliding alongside your ship, attend dynamic presentations by your Expedition Team, relax in our polar library or simply spend some time on deck, admiring the sea. With your binoculars and camera at the ready, keep your eyes peeled for the blow of a humpback, blue or fin whale. Encounters with minke whales or orcas are also possible, since their curiosity often brings them near the ship. If you’re lucky, you may even see harp seals.

North of the Arctic Circle, about 280 miles (450 km) east of Greenland and 340 miles (550 km) north of Iceland, lies the mysterious Jan Mayen, deep in the North Atlantic Ocean. Often shrouded in thick fog, the small mountainous island was declared a nature reserve in 2010 and is rarely visited, save for the 18 rotating personnel of the Norwegian military and Norwegian Meteorological Institute, who are the only inhabitants. Landing here will be dictated by the weather and sea. If conditions allow, as we approach, keep watch on deck as the spoon-shaped island’s highest summit emerges. A 7,470-foot (2,277 meter) high volcano, the breathtaking Beerenberg features a symmetrical cone shape and impressive glaciers that spill into the sea. During the summer months, the island’s lower landscape is covered with grass, moss and a smattering of hardy flowers that add a cheery pop of color to the otherwise barren black lava terrain. One site we hope to visit is Olonkinbyen and the surrounding area. Named after Russian-Norwegian polar explorer Gennady Olonkin, it’s the island’s only settlement and the location of the meteorological station, where you may have the chance to learn about polar research while seeing how weather is monitored at the top of the world. Another option might be the black sand beach at Kvalrossbukta, where the remnants of a 17th-century Dutch whaling station and a large fulmar colony can be found. In 1632, two Basque ships landed at the small bay and plundered the station. A Dutch party was sent here the following year to protect the land stations during winter, but all seven men perished from scurvy. Whaling in the area came to an end about 20 years later. If we’re fortunate, we may get a close-up view of the volcano and the stratified cliffs of the spectacular north coast as we Zodiac cruise around the island, searching for wildlife. Designated an Important Bird Area by BirdLife International for the large numbers of breeding seabirds, Jan Mayen supports colonies of northern fulmars, little auks, glaucous gulls, kittiwakes, and black and Brünnich’s guillemots. Birders will also delight at the sight of Atlantic puffins, the “sea parrots.” The waters here are rich feeding grounds for marine life, so you may even spot orcas and minke, fin, blue or humpback whales, too.

As our ship sails farther north, spend some time with your shipmates in the lounge, swapping stories and photos, or pause for a moment on the bridge, joining in as your Expedition Team looks out for whales, dolphins, seals and a variety of seabirds.

Rugged, wild, unspoiled and situated entirely within the Arctic Circle, the largest island of the Svalbard archipelago is utterly unforgettable. From immense glaciers to polar deserts, the landscape here is as varied as the wildlife. As we explore the fjords of the southwestern edge of this magical island, it won’t take long for you to see firsthand why Spitsbergen is the “wildlife capital of the Arctic.” Some of our preferred destinations, chosen for optimum wildlife viewing as well as an appreciation of the island’s history and geology, include Hornsund, Bellsund, Samarinvagin and Lilliehook Glacier. The possible landing sites at Hornsund, the island’s most southerly fjord, have rich histories. En route to Gåshamna, a bay at the southern end, where we hope to explore the former science station, you may have the opportunity to discover old whale bones or hike the spectacular glacier. At Isbjornhamna, the location of the Polish research station, perhaps you may spot Svalbard reindeer and colonies of delightful little auks. Cruising by Brepollen, meanwhile, might reward with the sight of polar bears, which are known to hunt in Hornsund. A 12-mile (20 km) long sound, Bellsund lured miners a century ago for its natural resources. Today, visitors come to Bourbanhamna and Calypsobyen to see historic mining and trapper sites and marvel at the magnificent vistas. It may also be possible to hike along the colorful tundra, dotted with flowers bursting for a taste of sunshine. Viewing reindeer here is likely, as they frequent the area. Nearly 60 percent of glaciers cover Svalbard, and two of our favorites are Samarin and Lilliehook, for their sheer beauty and size. Samarin Glacier dominates the landscape surrounding Samarinvågin, while the calving Lilliehook Glacier stretches about four miles (7 km) across and 260 feet (80 meters) high. As we Zodiac cruise along the face of these glaciers, we’ll keep a safe distance but still hope to get close enough to appreciate their splendor. There is no shortage of natural beauty in Spitsbergen. Each day, you’ll see something new, whether it is a rare bird species or an abandoned site from centuries ago.

The time has come to say farewell to your newfound friends and Expedition Team. After disembarking, spend the day exploring the frontier-style settlement of Longyearbyen or catch your homeward flights. 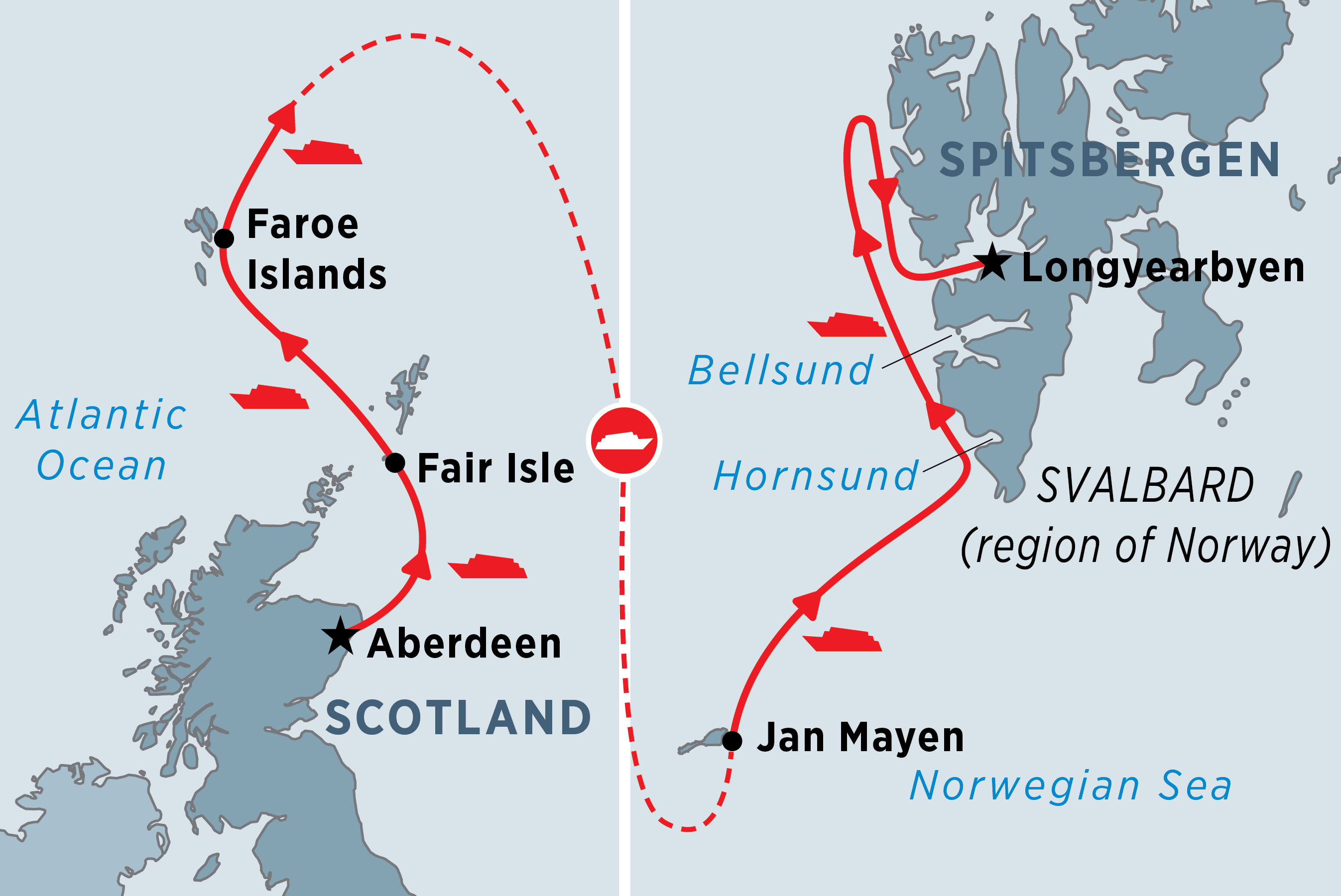