Explore the continent-straddling metropolis of Istanbul, and step back in time to when it was Constantinople with the backstreets of the Grand Bazaar and at the Hagia Sophia.. Reflect on battles fought and lives lost with a moving visit to the Gallipoli Peninsula, a serene stretch of coastline where it’s now hard to picture the horrors of war.. Spend two days exploring the cliffside waterfalls, cobblestone alleyways and ancient ruins of Antalya, a city on the Mediterranean Coast.. Discover a lesser-seen side of Turkey, taking the backroads from Cappadocia to the Eastern province of Malatya to experience local life and local flavours.

Travel from Istanbul through the very best of Turkey – Gallipoli, Fethiye, Pamukkale, Antalya, Cappadocia and Mount Nemrut – and discover the people, cultures, cuisine and landscapes that make this country such a treasure. Historically rich with its medieval Ottoman period and chronicle of Gallipoli, and fashionably chic with the cosmopolitan buzz of Istanbul and celebrity getaway of Antalya, Turkey is an unmissable country that overflows with character. Pay your respects in Gallipoli, hike into the Valley of Love in Cappadocia, cruise the south coast on a traditional gulet and understand why Istanbul is considered the centre of the world. Take 18 days with Lonely Planet and Intrepid to get the absolute best out of this intriguing nation. 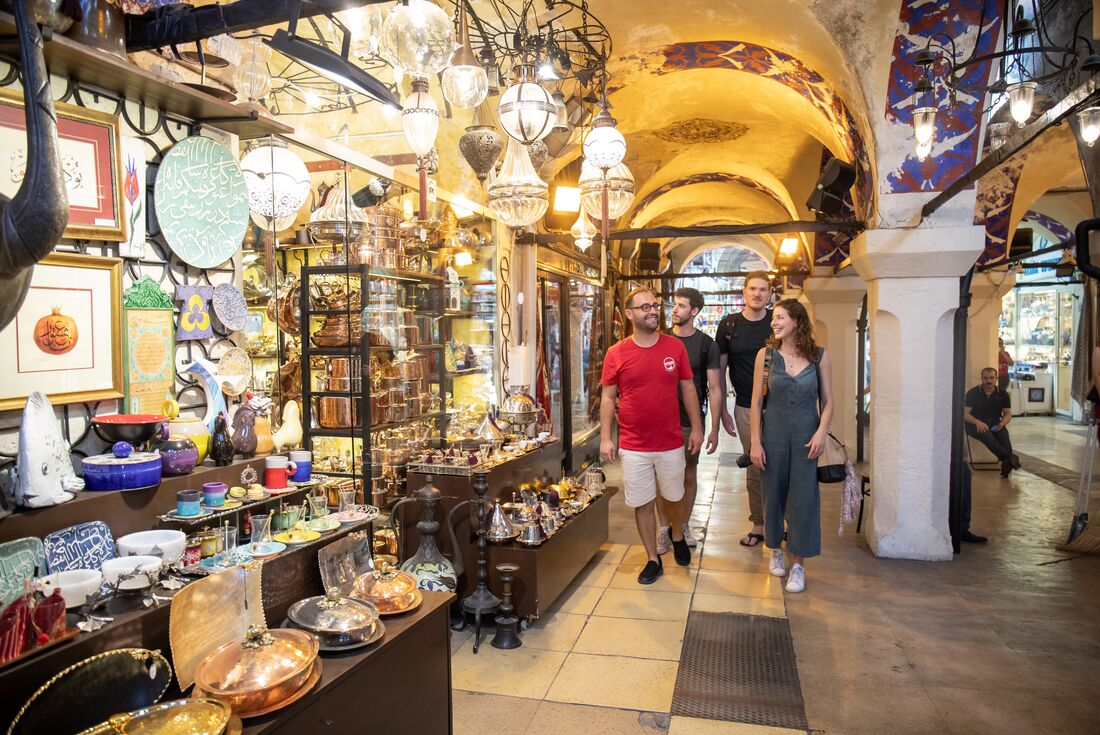 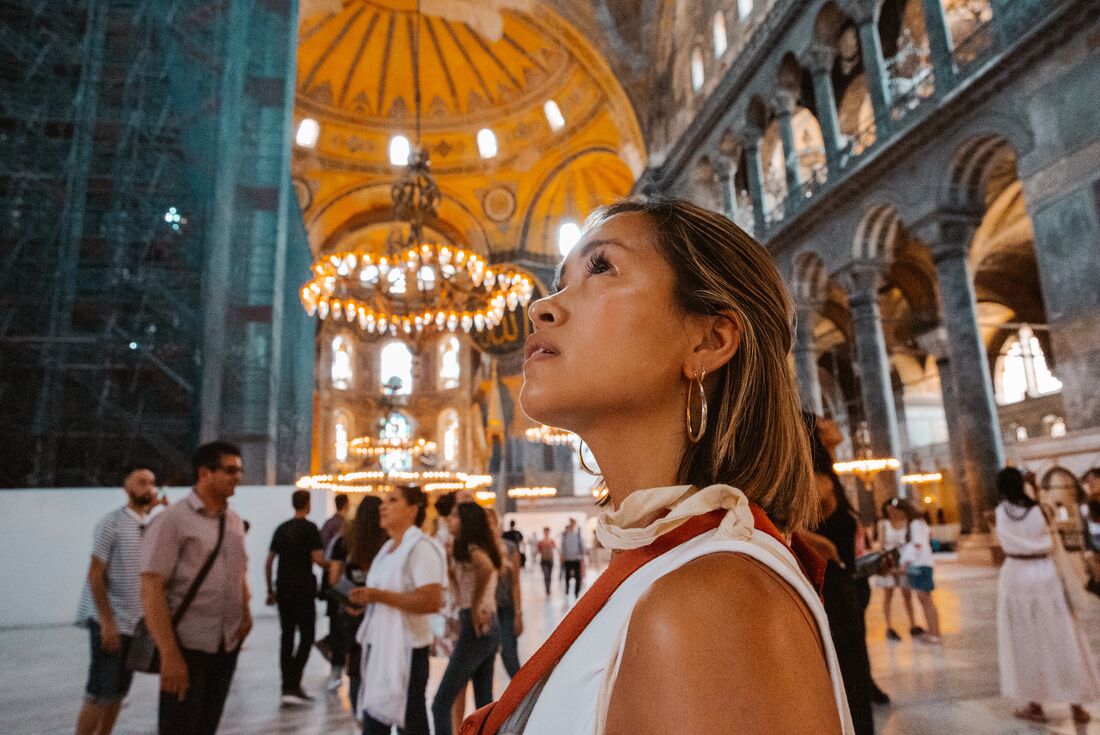 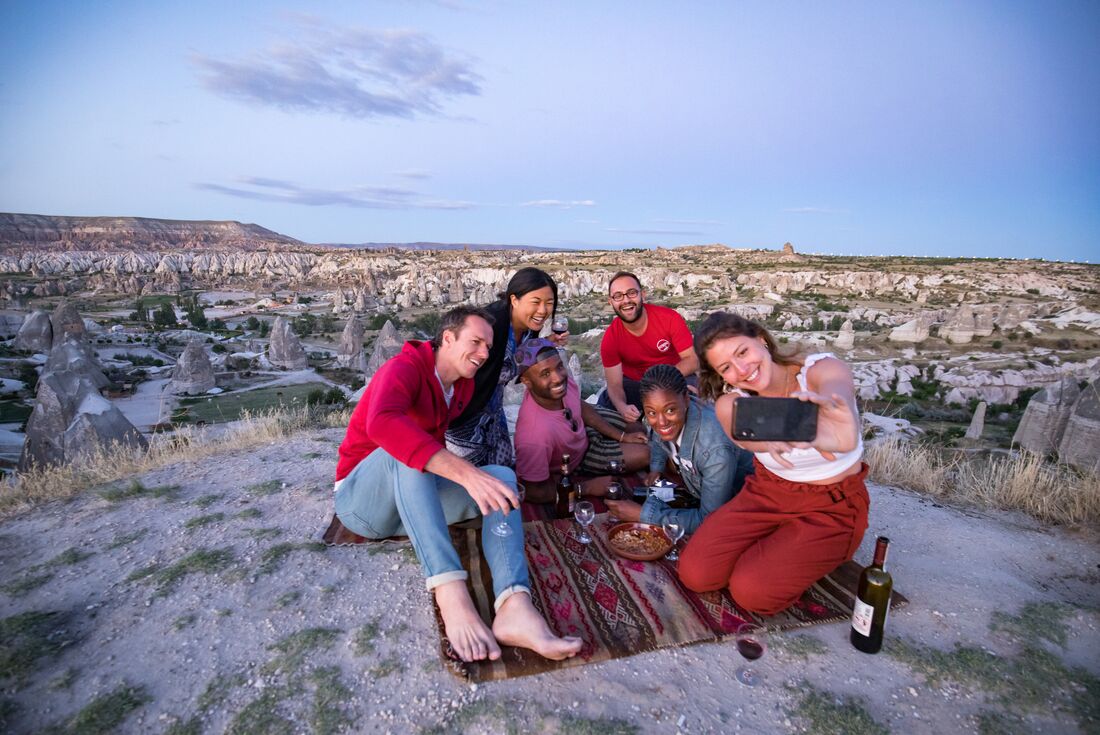 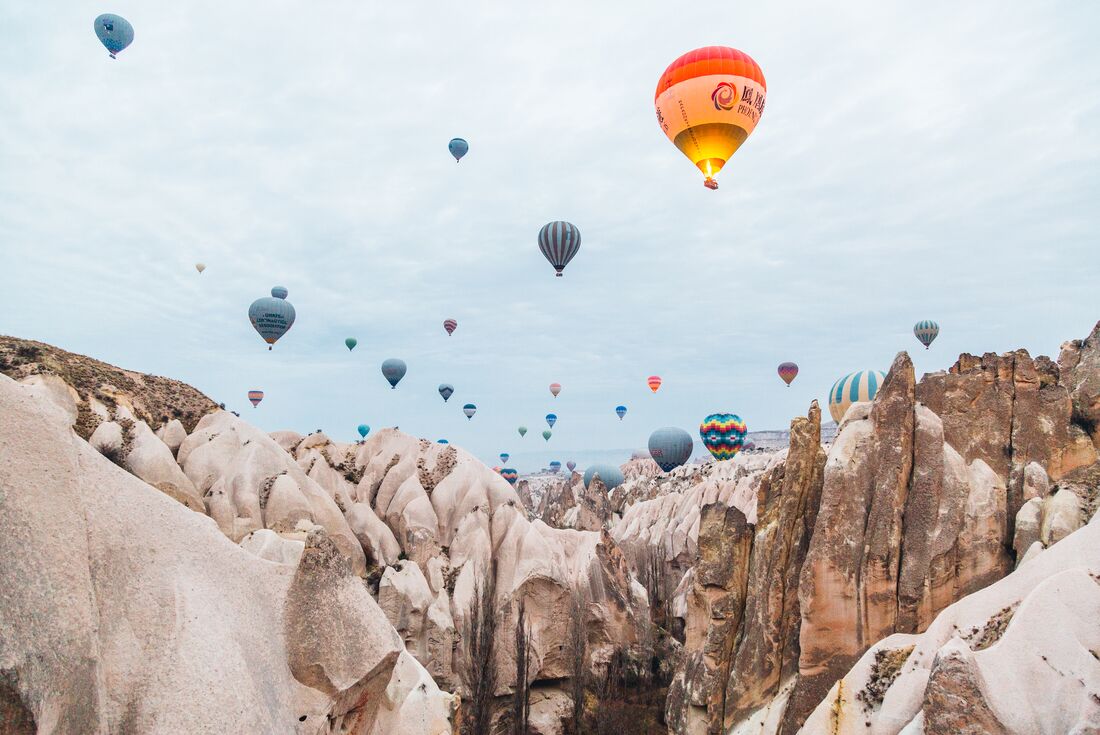 Hosgeldinz! Welcome to Istanbul, a bustling mega-city with a rich history and food scene waiting to be explored. Your Lonely Planet Experience begins with a welcome meeting at 6 pm, where you will meet your leader and fellow travellers. After the meeting, you might want to head out as a group to grab dinner and get to know each other.

Meet your local guide early this morning for a guided tour of Sultanahmet AKA the Old City, formerly Constantinople, to see Blue Mosque, the Hippodrome and the Grand Bazaar. Enjoy free time for the rest of the afternoon and evening. Maybe visit the jaw-dropping Hagia Sofia, said to have changed the history of architecture. Or maybe enjoy a steam session at a traditional hamam (public bath). Your tour leader knows all the best places, so they can recommend some great options for places to eat.

Head for the shores of Gallipoli, the site of the ANZAC landings one of the most disastrous Allied campaigns of WWI. Visit the battlefields of Nek and Lone Pine and encounter remnants of trenches used by the Turkish soldiers. Hear stories of the heroism and camaraderie that unfolded among the tragedies and take the time to read moving inscriptions etched onto a sea of gravestones. There will also be the option to visit the Kabatepe Museum, which includes interactive presentations of the battle, as well as numerous relics from the campaign. Then, take the short ferry ride from Europe to Asia across the Dardanelles to Canakkale, a charming traditional fishing town that has a great range of dinner and nightlife options, not to mention medieval ruins to explore.

After breakfast, take a local bus to the traditional farming village of Selcuk. Take a guided walk around the town and the slopes of Ayasoluk Hill in the afternoon. See the 14th-century Isa Bey Mosque, the imposing the Grand Fortress and the ruins of the Basilica of St John. According to Christian lore, St John came to Ephesus with the Virgin Mary from Jerusalem and lived here until his death sometime around AD 100. The basilica stands over his alleged burial site. Your evening is free.

Today, choose whether you would like to take a guided tour of Ephesus with your tour leader or strike out on your own via a dolmus (local bus). One of the best-preserved Greco Roman cities in the world, Ephesus once had running water, public toilets, in-house heating, a renowned medical institute, a brothel and Roman baths. In the afternoon, you can choose to join an optional excursion to Sirince to taste some local wines.

Take a train inland to one of Turkey's most photographed sites, Pamukkale, which literally translates to ‘cotton castle’. Here spectacular natural hot springs with high calcium bicarbonate content cascade over the edge of the cliffs, leaving white terraces (the ‘cotton’). It's been used as a spa since the 200 BC. Though you won't be able to bathe in these travertines, you can take a walk through them (after removing your shoes). You can choose to take an optional excursion to the ancient city of Hierapolis in the afternoon – speak to your leader for more information.

Take a local bus to Oludeniz and enjoy some time at the three-kilometre-long beach. Please note you will need to pay a small fee if you want to access the Blue Lagoon. Later, transfer to the quaint town of Fethiye. If conditions allow, it is possible to take an optional excursion to Kayakoy ghost village, an abandoned town that is both eerie and beautiful. This evening, enjoy a walk by the harbour and look up to see massive Lycian rock tombs cut from the cliffside.

This morning take a local bus to Ucagiz. Board a boat for a memorable voyage along the Turquoise Coast, viewing some of the most stunning coastal scenery in the world. Cruise to the sunken cities around Kekova Island, where ancient remains can be viewed just below the water’s surface, and take a walk to Simena Castle, which offers spectacular views of the surrounding bays and islands. Spend your time on the boat swimming in the Med, relaxing and exploring the natural and historical sites along the way.

Disembark the boat in Ucagiz this morning after breakfast and continue to Antalya, your base for the next two nights. Enjoy free time on arrival to explore at your own pace.

Enjoy a free day to explore at your own pace. There are a number of optional excursions to choose from if you want a little guidance. For those after a nature fix, Duden Waterfalls is a lovely spot to relax. If you’re interested in visiting historical sites, there are optional excursions to Termessos, Aspendos or Side to choose from. Alternatively, stay in Antalya and soak up the charms of this seaside town.

This morning take a local bus inland to Konya, a traditional Turkish city where mainstream tourism is yet to arrive. The city is closely linked with the Whirling Dervish sect of Islam developed by in the 13th century by Rumi (or Mevlana). Get your bearings on an orientation walk with your leader and enjoy a refreshing drink in one of the many tea gardens. Later this evening, maybe join your group for some central Anatolian cuisine.

This morning after breakfast, travel by local bus to Goreme, Cappadocia, a city made from the soft volcanic rock of the region. On arrival stretch your legs with an orientation walk with your leader.