Enjoy a full day to explore the USA capital, Washington DC, at your leisure. See the White House, Capitol Hill and the National Mall, and feel small next to the statue of Abraham Lincoln.. The hubs of Nashville, Memphis and New Orleans are celebrated for their rich music and nightlife scenes, with unforgettable performances of blues, jazz, country and rock.. The Grand Canyon National Park takes time to discover – you’ll spend two nights in the park, unlike on most trips, so there’s a full day to explore properly and see the mighty canyon up close.. Discover another side to Yosemite’s Towering granite cliffs, redwood forests and epic night skies by hiking one of its best, lesser-known trails – Hetch Hetchy – with your expert guide.

Let the United States flaunt its stuff on an action-packed 20-day journey from east to west with Lonely Planet and Intrepid. Snaking through the Appalachian Mountains via the nation’s capital, this route encompasses everything from the pioneer and political history of Philadelphia and Washington DC to the musical legacies of Nashville and Memphis. Jump over to the City of Angels, Los Angeles, then stroll among the bizarre flora of Joshua Tree National Park, peer over the edge of the Grand Canyon and people-watch on the Strip in Vegas. For those who just want to hit the road and leave the world in their dust, the New York to San Fran adventure is just the ticket. 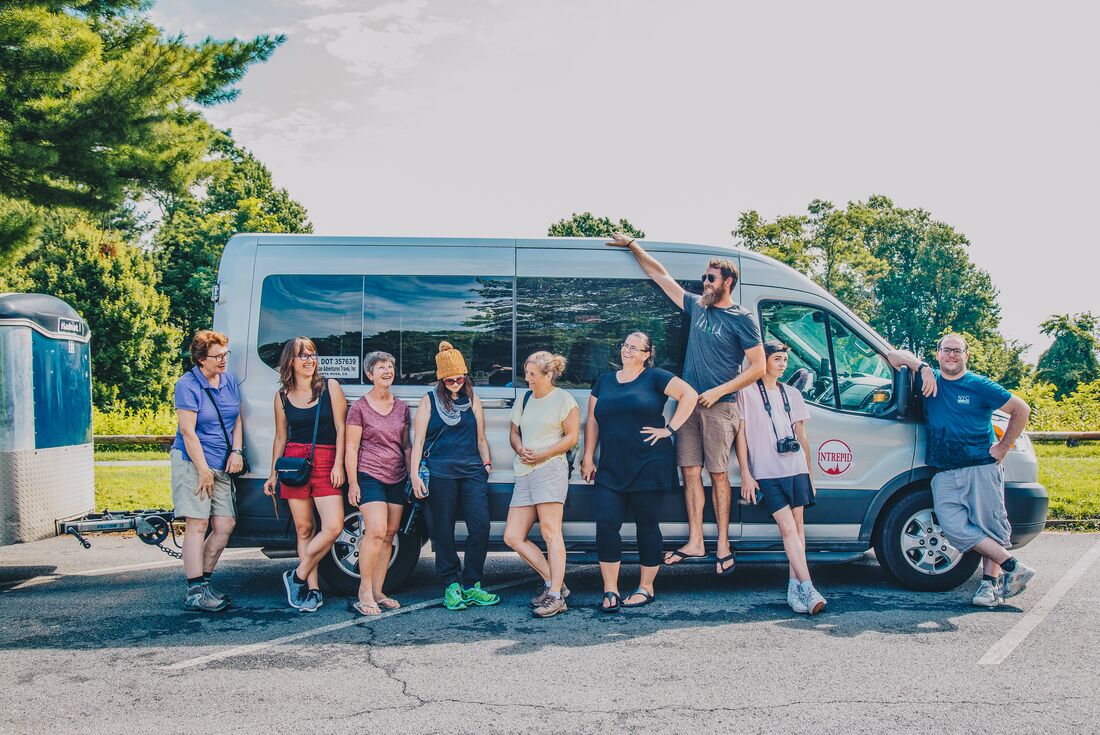 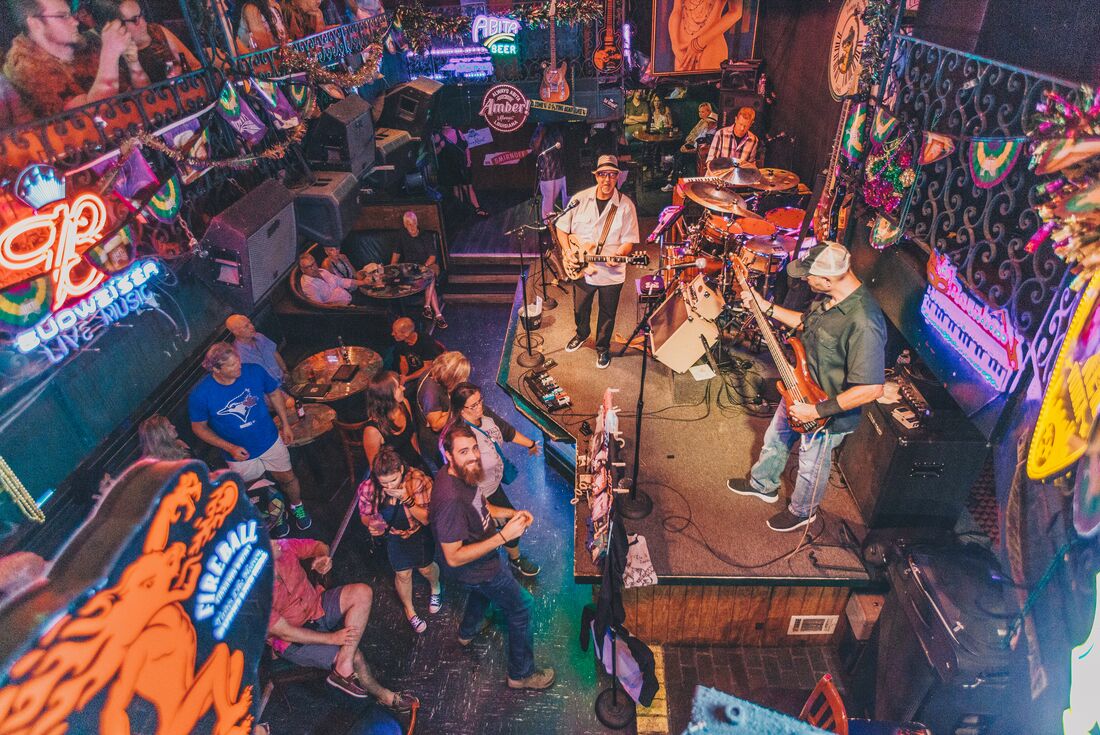 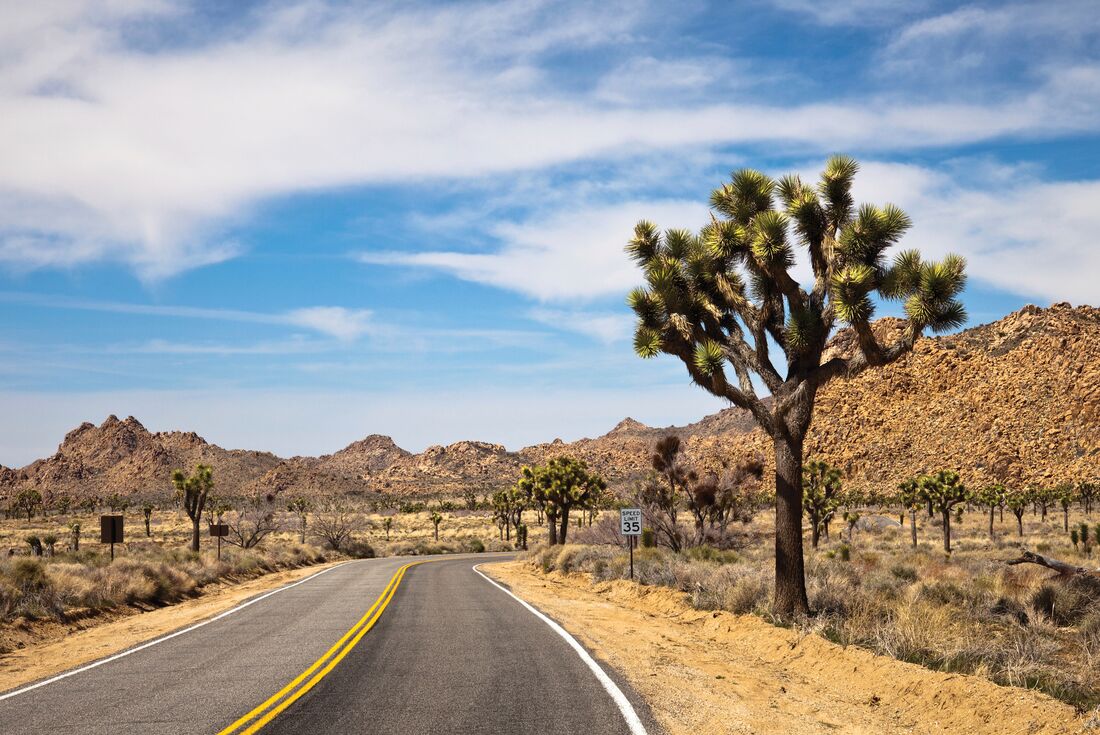 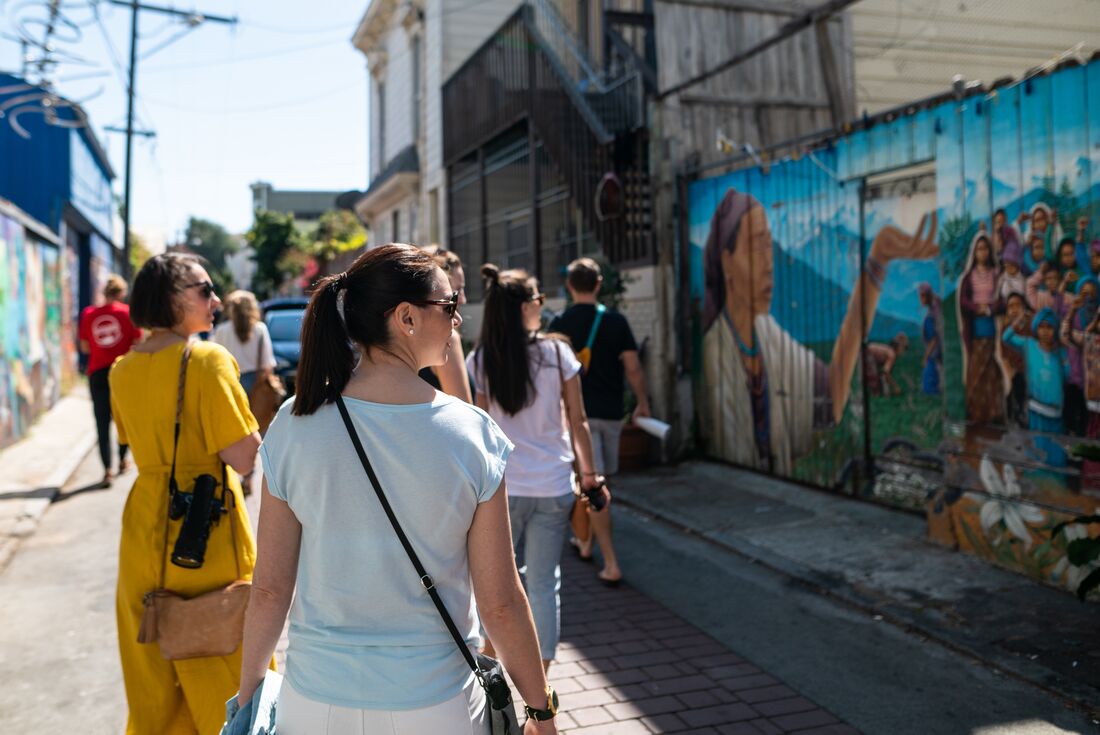 Welcome to the Big Apple. Your Lonely Planet Experience begins with a welcome meeting in the hotel lobby at 6 pm. New York is a huge metropolis and seeing as though you’ll start your adventure south tomorrow, we suggest that you arrive at least a couple of days early to experience some of what the city has to offer. If you do arrive with time to spare before the meeting, consider doing an Urban Adventures Midtown Sights & Bites Food Tour, which takes you past some iconic NYC landmarks and feeds you along the way.

Drive south towards the nation's capital of Washington DC, stopping at Philadelphia on the way for a look at some of the highlights of its Old City, including the Liberty Bell, Independence Hall, and the Rocky steps. After taking a look around Philly, continue onto DC. The total travel time for the day is up to 7 hours, including stops. Once arrived, your group leader will take you on an orientation walk around Washington DC to help you decide the best way to experience the city tonight, and for your free day tomorrow.

Today is free to explore Washington DC, a city best discovered on foot. Choose from any of DC’s almost 100 world-class museums – the National Air and Space Museum, the United States Holocaust Memorial Museum, the National Museum of Natural History, and the Newseum are just a few. There are also many other small fascinating museums hidden around the city. The city is overflowing with historic buildings, so be sure not miss the White House, Capitol Building, Washington Monument, Lincoln Memorial, MLK Monument, FDR and Jefferson Memorials. You’ll most likely do a lot of walking today, so wear your walking shoes, and reward yourself with a relaxing evening.

Journey into the breathtaking Appalachian Mountains. Shenandoah National Park is one of the highest and most scenic portions of the Appalachians and you’ll see all its beauty when taking Skyline Drive along its crest. Weave through the woods and past spectacular lookouts and stop to stretch your legs under the impressive oak trees. Arrive at your campsite in the late afternoon. The total driving today will be around 8 hours, including stops.

Drive for approximately 6 hours further south to Nashville, Tennessee. Once settled into the hostel, the group leader will orientate you with a short walk around Broadway and Downtown. After this, perhaps visit the Country Music Hall of Fame, which contains the golden Cadillac that once belonged to the King of Rock and Roll, Elvis. Another point of interest is Music Row, where more than 50 recording studios and approximately 200 music publishing houses are located. The Wildhorse Saloon is a great spot in the evening to experience authentic southern food and live music.

Head west this morning to Memphis, which should take approximately 4 hours. Get to know Memphis over an included lunch at Gus's World Famous Fried Chicken. The rest of your afternoon is free, but leader will make sure you know the way around before you head out. There’s a lot to do in Memphis and you’ve got some time to explore some optional activities at your own pace. Just out of the city you can visit Graceland: Elvis Presley’s former home and the site of his tomb. Here you can see the famous jungle room, as well as his cars, private planes and much more. For those with an interest in history, there's the National Civil Rights Museum where Martin Luther King Jr was assassinated.

Wake up in Memphis and spend time exploring what you missed out on yesterday. Perhaps head to the Rock ‘n’ Soul Museum, which tells the complete Memphis music story. For something a bit unusual and out of place, take a visit to the Peabody hotel and experience their famous Duck Parade, which happens every day at 11 am and 5 pm. In the evening, consider heading down to check out Beale Street's traditional blues clubs, made famous by legends such as W.C. Handy, Howlin' Wolf and B.B. King.

Today, make the long 8-hour drive across the state of Mississippi to find yourself in a city known as the Big Easy, New Orleans. If there’s time, your group might like the chance to stop by Honey Island for a swamp tour down one of the least-altered river swamps in the country. It's pretty much in its original condition; almost an untouched wilderness. Otherwise, head straight to New Orleans and get acquainted with an orientation walk of the city. Perhaps take a walk down colourful Bourbon Street or through the former plantation area of the Garden District, and be sure to head with your group for an included po'boy dinner at Johnny’s. It's a quintessential New Orleans experience, and Johnny's po'boy is one of the best.

Enjoy a free day to fit in as much of New Orleans as you can! Perhaps cruise the Mississippi on a riverboat or visit the fascinating little Voodoo Museum. Better yet, why not check out an Urban Adventures experience like the Total New Orleans Tour – a comprehensive guide on food, cocktails and the jazz scene. In the evening, you could check out a jazz show or dance the night away in the bars along Frenchman Street.

Take a flight today from New Orleans and touch down in the City of Angels, Los Angeles. Tonight, gather together for another meeting, this time with a new group leader. There will be a meeting at 6 pm where you’ll welcome some new travellers on the next stage of your USA adventure. If you do arrive early, perhaps take a stroll down the Hollywood Walk of Fame, or spend some time learning about the lives of the rich and famous on a celebrity homes tour. After the welcome meeting, you’ll head beachside and visit Venice and Santa Monica beaches for a stroll and some people watching. Tonight is again all about introductions, so why not spend some time getting to know your fellow travellers with an optional group dinner.

Today, you’ll head away from the coast and drive to Joshua Tree National Park. Sitting between the Mojave and Colorado Deserts, the park is famous for its spectacular desert plants – including the park’s namesake Joshua trees – along with cacti and Mojave yuccas. The area is also home to striking rock formations and mountain ranges, so you might like to head out on a scenic hike around the park or take a refreshing dip in the Colorado River. You’ll head to Lake Havasu City later on to your accommodation for the night, and check out London Bridge: a 280-metre structure rebuilt in Arizona in 1971 after being transported, piece by piece, from the banks of the Thames in London.

Drive for 6 hours to Grand Canyon National Park, along a section of the famous Route 66, stopping in at the eccentric town of Seligman. Once we arrive at the Grand Canyon National Park, be ready to visually delight in the natural beauty for hours. This stunning gorge is 1.5 kilometres deep, formed by over six million years of erosion from the Colorado River. You'll spend two nights here, and you’ll need it, to allow for a full day of exploration tomorrow.