A walking tour of Tbilisi reveals an intriguing city where East meets West. Discover Tbilisi’s Orthodox cathedrals, ancient fortress, colourful balconies, hidden courtyards and fantastic dining scene. Don’t miss taking a therapeutic dip in one of the town’s sulphur baths.. Georgia’s most famous wine-producing region, Kvareli, also happens to be one of its prettiest. Admire vistas of lush valleys and the Caucasus Mountains on a visit to the 18th-century, hilltop town of Sighnaghi, while sampling some of the region’s best natural wines.. Discover the secret to making two Georgian staples at a cooking masterclass –Georgian-style bread and a local sweet of candied nuts and grapes called churchkhela.. Learn the role the Georgian royal family historically played in cultivating Georgia’s renowned winemaking legacy with tasting visits to two royal estates that double as respected wineries.

It’s official: Georgia is the ultimate travel destination for wine enthusiasts. Georgians have always been passionate about their wine, but when archaeologists uncovered 8000-year-old pottery fragments with traces of wine residual on them, it only confirmed suspicions – this frequently overlooked nation straddling Europe and Russia makes some incredible local drops. They’ve had centuries to hone their production techniques. The country’s rugged peaks, courtesy the Caucasus Mountains, and fertile valleys not only make for some beautiful scenery, but also produce a unique variety of grapes perfect for winemaking. Add to that a mouth-watering food culture (think gourmet comfort food), burgeoning art scene and beautiful, historic towns, and you have all the makings of an unforgettable wine-tasting journey. 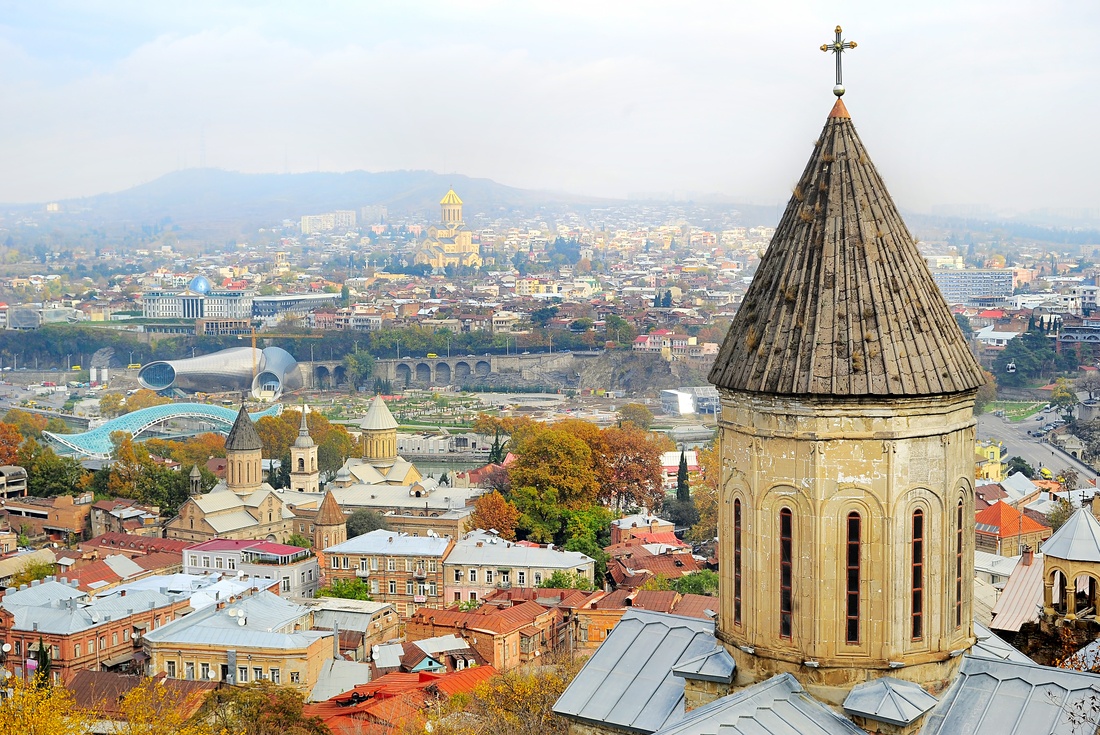 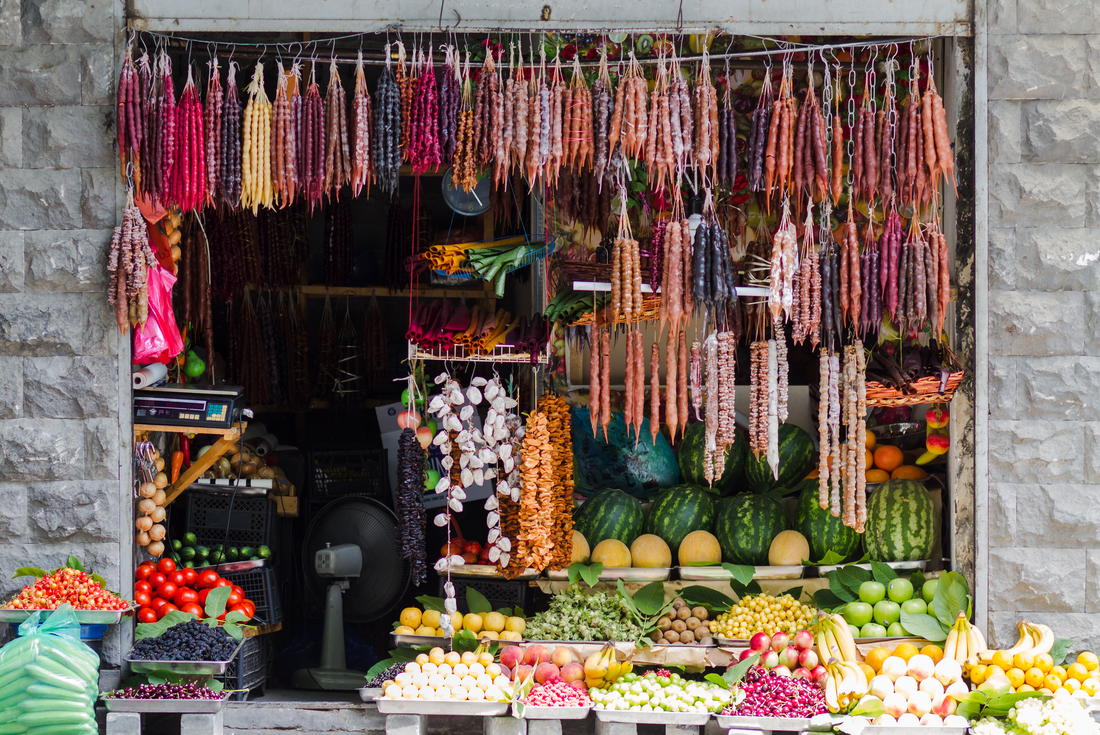 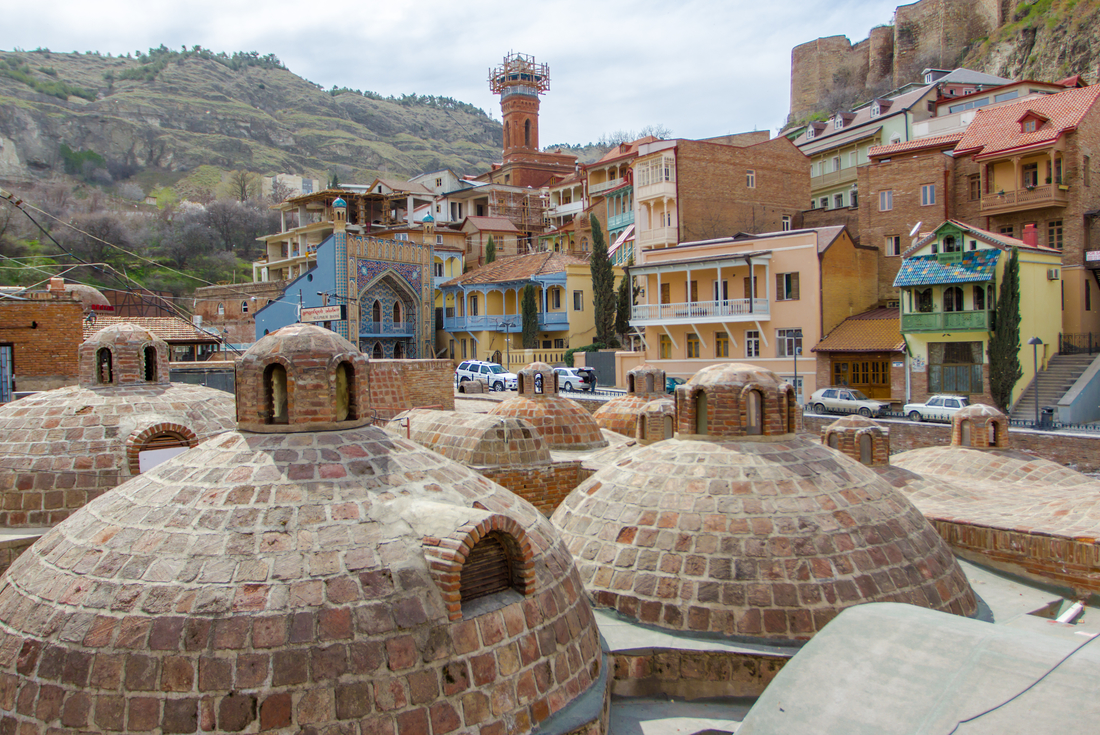 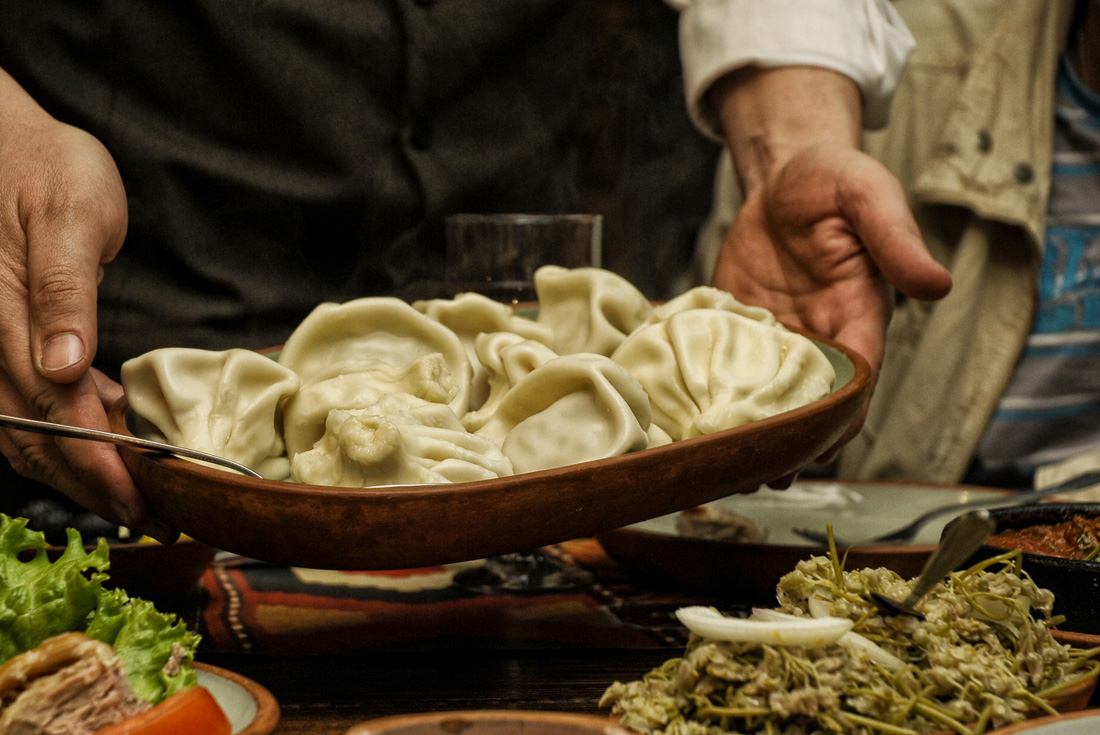 Welcome to Georgia, the beautiful birthplace of wine. Your grape-filled adventure begins in Tbilisi, the country’s vibrant capital. Get started with a 6 pm welcome meeting where you’ll meet your tour leader and fellow travellers. After this important meeting, get your first taste of Georgia’s fantastic food scene with a group dinner and wine tasting. There’s a good change the drops you’ll sample will be made using traditional Georgian methods; some of the country’s best winemakers use large, egg-shaped earthenware vessels called qvevri to ferment their wines, creating an earthy, unoaked drop. If you arrive early, perhaps visit some of the city’s diverse museums, such as the Museum of Georgia or the National History Museum, for some insight on Georgia’s long and varied history.

Get to know Georgia’s biggest city and its intriguing blend of East and West on a city tour. Beginning at Metekhi Church, set out on foot, exploring the Old Town’s twisting maze of narrow alleys, where elegant balconies look down over colourful old residences and doorways leads to hidden courtyards. Check out the main sights including the Georgian Orthodox Sioni Cathedral and Narikala, an ancient fortress overlooking the town. After the walking tour, enjoy some free time to further explore on your own and seek out some lunch. In a county as obsessed with food and wine as Georgia, it makes sense that its capital has a fantastic dining scene serving up comforting Georgian staples like khinkali (juicy dumplings stuffed with meat or cheese) or khachapuri (open cheese pie). Ask your leader for tips on where to go; if khinkali is on the agenda, your leader can also tell you the secret to eating this traditional dish without spilling its juicy filling. Meet back with the group in the afternoon for a tasting visit to Bagrationi 1882, the leading sparkling wine house in the country. Its distinguished history dates back to 1882 (of course), when Georgian prince, Ivane Bagrationi-Mukhraneli, began producing sparkling wine using the classic bottle fermentation method. Here, you’ll get the chance to sample five different sparkling wines.

Set out for Georgian wine country: the Kakheti region. In addition to producing some of the country’s finest wines, Kakheti is also naturally and architecturally stunning. Here you’ll find the Caucasus Mountains, fertile valleys, picturesque towns, beautiful churches and an incredible monastery complex. It’s a two-hour drive to your first stop – the hilltop town of Sighnaghi. Established in the 18th century as a refuge against attack, Sighnaghi is surrounded by a stone wall – one of the longest in Georgia – with 23 towers and six gates. Stretch your legs on a walking tour, taking in the brightly painted balconies and stone buildings that line cobblestone streets. Pay a visit to its Orthodox monastery and talk a stroll through its impressive gardens, then continue to Mtevani, a wine restaurant and cellar for a delicious Georgian-style lunch. You’ll also get to sample three natural wines. Afterwards, it’s on to the Nekresi monastery complex. Located high on a hill, here you’ll find the oldest church in Georgia (dating back to the 6th century) and breathtaking views of the region. From here, it’s a short 20-minute drive to Kvareli, where you’ll spend the night.

Make tracks this morning for Gremi, the medieval capital of the one-time Kingdom of Kakheti. During its short-lived rein, a castle, churches, baths, trading arcades and dwellings were built. Though the village was destroyed in the 17th century, its ruins provide a fascinating window into Gremi’s former splendour. Continue to the village of Telavi to visit its local farmers market. Perhaps use the opportunity to stock up on snacks and traditional sweets, but make sure to save some room – next up is lunch with a local winemaking family. Sample some of the family’s favourite drops and compare the flavour of their wines – produced using European methods – with other wines you’ve sampled that were produced using tradition Georgian techniques. Roll up your sleeves for a master class where you’ll learn to make Georgian-style bread and churchkhela (a local sweet made by candying nuts and grapes) before returning to Kvareli for the evening.

Begin the day with a visit to Tsinandalia, a royal estate and important site for Georgian wine production. This is where Prince Alexander Chavchavadze, in 1814, first bottled Georgian wine produced using ancient techniques. Tour the complex, which consists of a memorial house, European landscaped garden, historical winery, wine cellar, hotel and cafe. Continue to Mosmieri restaurant and enjoy a degustation menu and master class in pairing wine and food.  Return to Tbilisi where you’ll visit a local enamel studio to learn about the ancient Georgian enamel technique called minankari. Head to wine house for lunch, accompanied by a tasting of two wines, then enjoy a free afternoon to spend how you please. As Tbilisi is built on top of thermal springs, a therapeutic soak in one of the city’s sulphur baths is a must. Another option is a visit to the amusement park atop Mt Mtatsminda, where sweeping views of the city can also be found.

Make sure your camera is charged and ready to go, as today you’ll visit not one, not two, but three UNESCO World Heritage-listed sites. Begin with a visit to the Jvari Monastery. According to legend, a wooden cross was erected on its hilltop location after the kingdom converted to Christianity in the early 4th century. The cross was believed to work miracles, and a church – the Jvari Monastery – was built in its place in the 6th-century. Next, visit the 11th-century Svetitskhoveli Cathedral, a grand complex where the robe of Christ is believed to be buried. Complete your UNESCO trifecta with a visit to Gelati Monastery. One of the largest medieval Orthodox monasteries, Gelati is considered a masterpiece of the Golden Age of medieval Georgia. It was the long-time cultural and intellectual centre of the country and employed some of Georgia’s most celebrated scientists and philosophers. End the day in Kutaisi, Georgia’s legislative capital, where you’ll spend the night.

There will be plenty of opportunity to sample fine Georgian drops on the last full day of your Wine in Georgia tour, but first, drive to Tskaltubo to visit the incredible Prometheus Cave. Spend some time exploring the place where, according to legend, Prometheus was chained, taking in its stalactites, stalagmites and underground rivers, then head to Sachkhere, a town on the edge of the Imereti Province, to visit an old family-owned wine cellar. The climate here in the highlands of Western Georgia is well-suited to grapes that can’t be grown in other parts of the country. As a result, wine is produced differently here, and it has its own unique flavour too. Learn some of the secrets to producing full-bodied, yellow Imeretian wine, then sit down to a lunch of roasted pork. And of course, sample some of the family’s wine too. Afterwards, drive to the village of Mukhrani to visit the royal estate of Duke Ivane Bagration of Mukhrani. After learning about winemaking on a visit to France, Ivane decided to start producing wine on his family estate. The wines produced at Chateau Mukhrani are now renowned around the world. Learn about the history of the Georgian Royal family estate and sample four wines, then return to Tbilisi and head out for a final dinner with the group.

Your Georgian Wine Adventure comes to an end this morning. There are no activities planned for the day.