This tour provides an in-depth insight into places and events that defined St Petersburg during WWII, known in Russia as The Great Patriotic War.. Spend time with a war veteran and survivor of the Siege of Leningrad, which lasted for 900 days.. Stay overnight in a cottage on the banks of beautiful Lake Ladoga, the largest lake in Europe.. Enjoy tsarist opulence in the delightful town of Pushkin where our accommodation is right in the wing of Catherine’s Palace, the former summer home of Russia’s royal family.

Embark on an in-depth exploration of the great city of St Petersburg (previously known as Leningrad) and learn about the places and events that defined a tumultuous time in Russia’s history. Over the course of this seven-day journey you’ll meet survivors of the 900-day siege and hear their personal stories, visit iconic war sites such as the Nevsky Pyatachok battlefield and see where the Siege of Leningrad was finally broken. You’ll also have the opportunity to immerse yourself in the beauty of the city of St Petersburg and its surrounds with overnight stays at Lake Ladoga and a special night in Catherine’s Palace, home of the legendary Amber Room. 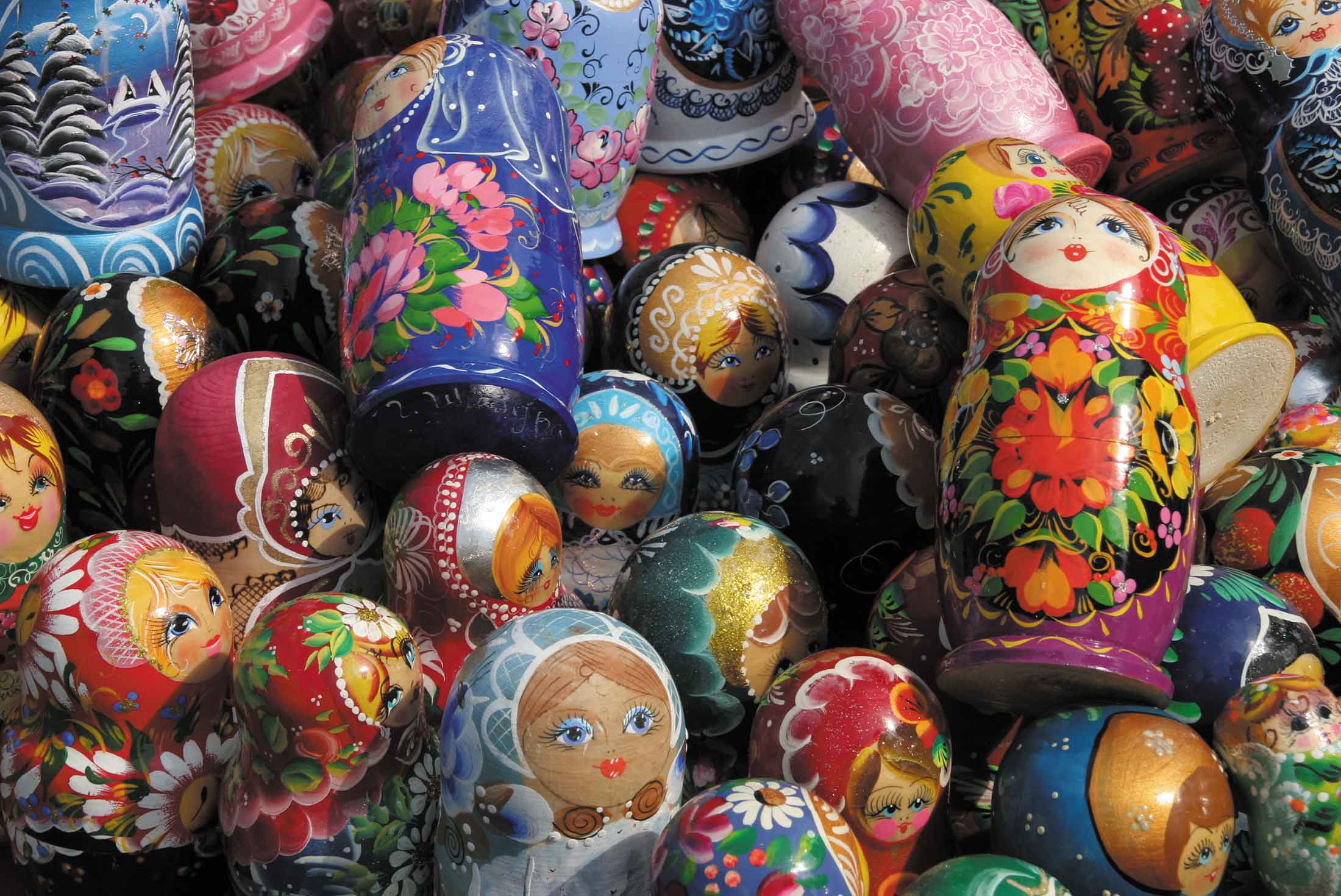 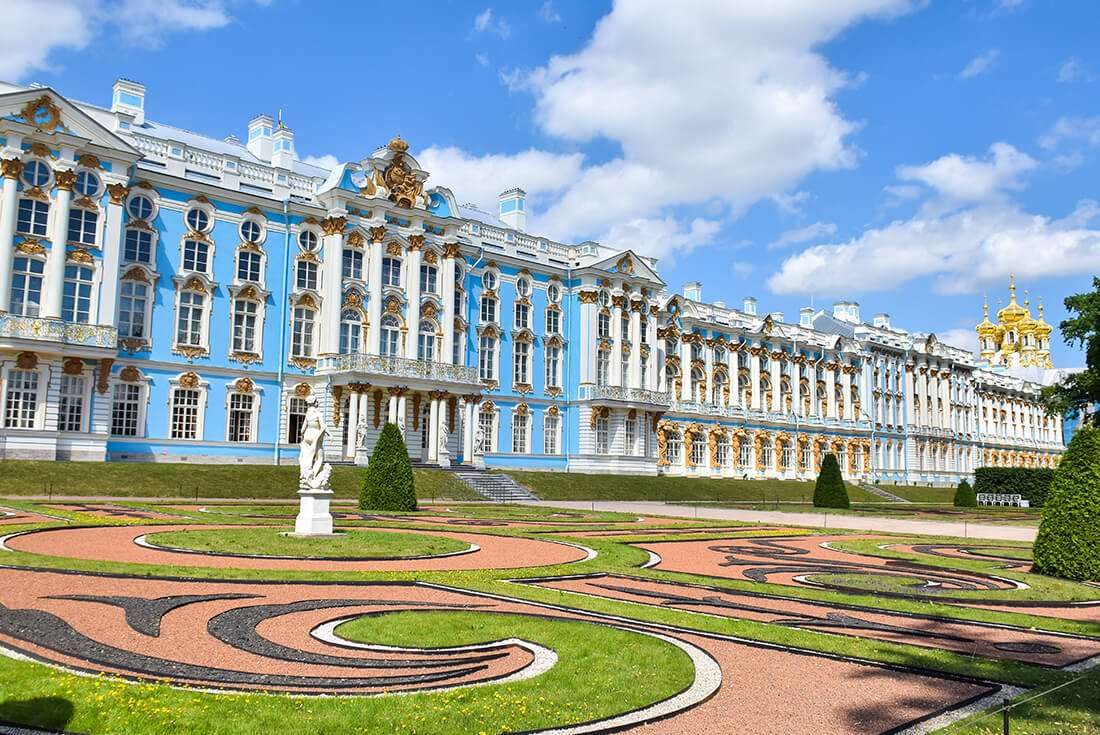 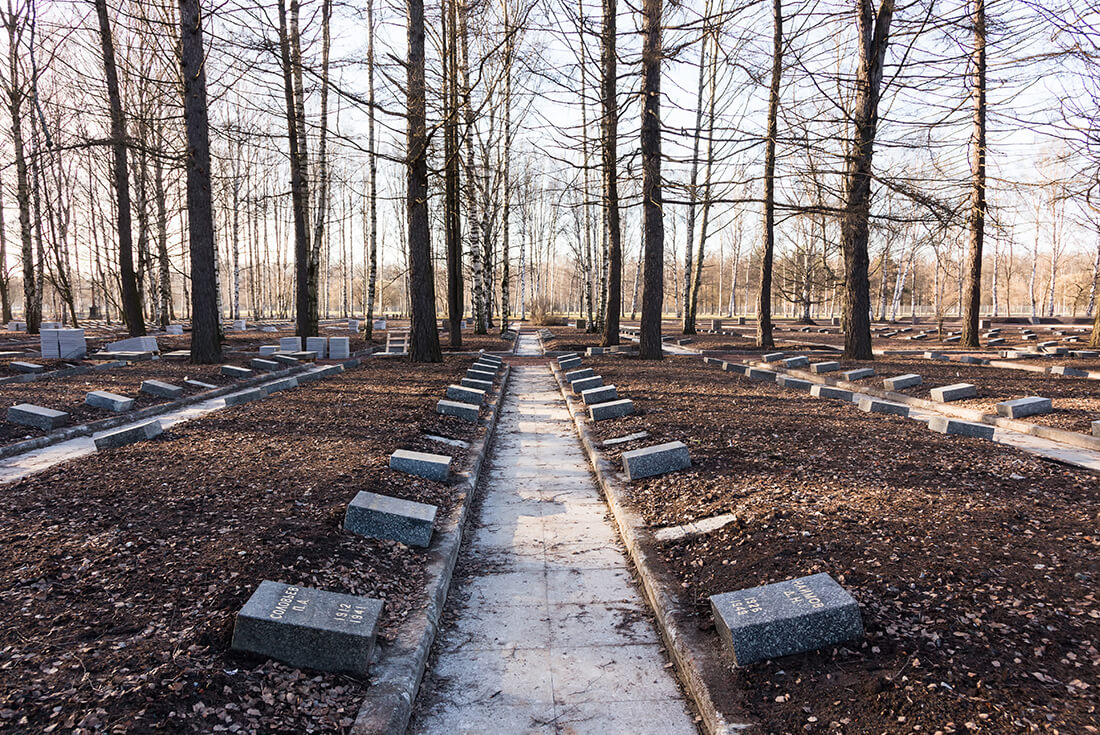 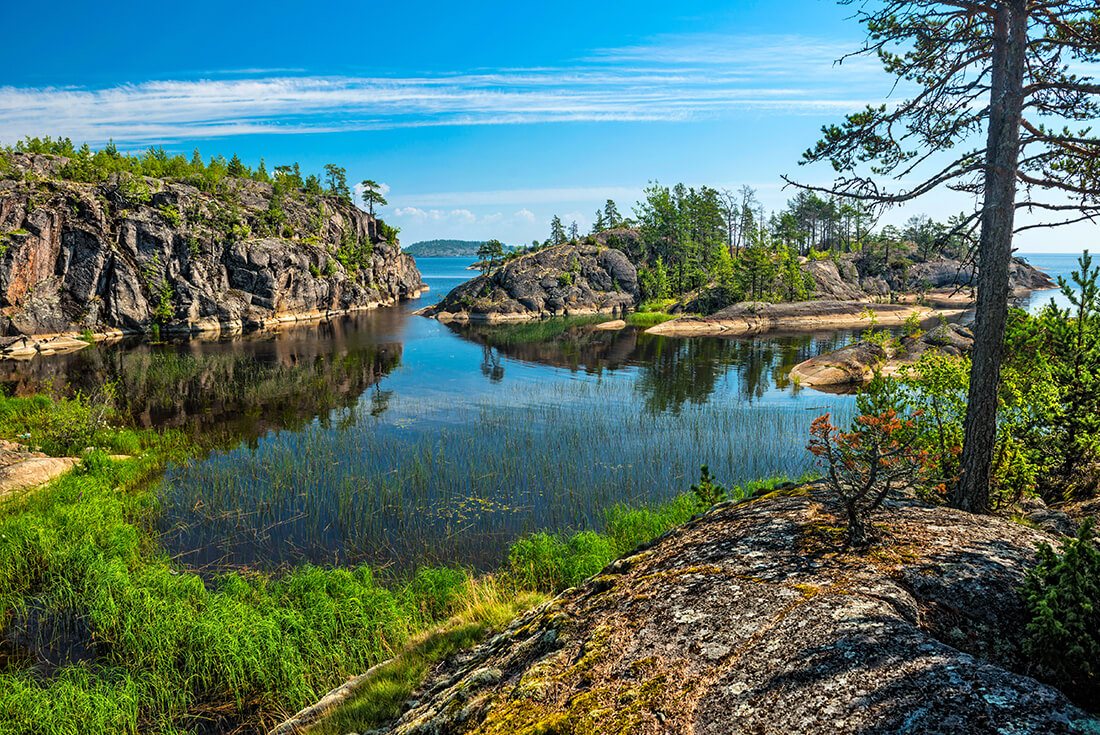 Zdrastvutye! Welcome to Russia. If you arranged your complimentary airport transfer, you’ll be collected from the airport and taken to your hotel. Your adventure begins with a Welcome Meeting at 6pm today – please have your insurance, next of kin details, two photocopies of your passport, visa and migration cards ready for your leader to collect. You can ask the hotel reception where the meeting will take place. After the meeting, your leader will organise an optional meal, so you can enjoy your first taste of delicious Russian cuisine with new friends.

You'll begin your in-depth exploration of war-time Leningrad today, including the superb Rumyantsev Estate Museum. This beautiful neoclassical mansion belonged to Count Nikolai Petrovich Rumyantsev and is situated on one of the city's most elegant embankments. It was the first publicly accessible private museum in the city and houses an excellent exhibition on the Siege of Leningrad, depicting what life was like for citizens during the 900-day blockade. You’ll also visit the mighty St Isaacs Cathedral, which was covered during the war to disguise it from enemy attack and was also used as a safe house to store works evacuated from other museums around the city. In total the city tour will take about five hours, so make sure you wear comfortable walking shoes. Tonight, you’ll enjoy a very special dinner. You’ll be joined by a survivor of the Great Patriotic War, Russia's name for World War II, who lived through the Leningrad siege.

Today you'll delve into war history a bit further afield, with visits to key sights located in the city's outer suburbs. Piskaovskoye Memorial Cemetery is dedicated to the many victims of the Siege of Leningrad. Head along the walkway to a majestic statue of the Motherland with the moving words of poet Olga Berggolts as a backdrop. You'll also see Pulkovo Heights, the chain of hills that served as the natural defense line during the siege and stop at the monument you may have seen on your way from the airport - the impressive Memorial to the Defenders of Leningrad. Underneath is a small museum where you can watch a short film about the war. Tonight, enjoy a free evening to explore St Petersburg – your local leader will have plenty of great suggestions if you want a recommendation.

Today you’ll leave St Petersburg and make the two-hour drive in a private vehicle along the Road of Life towards Lake Ladoga. The journey traces the only evacuation and access route to or from the besieged city and holds a special place in the hearts of St Petersburg residents. Our veteran friend from dinner on day two will join us for a few hours again today to share more of his personal insights from that momentous time in the life of the city. You’ll stop at the Osinovetsky Lighthouse on the lake shore which is still active today and was a crucial landmark during the war. From here, take a short boat trip to the Shlisselburg Fortress, located on an island at the entrance to the Neva River where a garrison of Soviet soldiers held out for 500 days against German troops. Tonight, we stay in comfortable cottages located in the forest on the lakefront.

This morning you’ll drive for 30 minutes to the nearby town of Kirovsk to take a tour of the Nevsky Pyatachok battlefield. Locals who have homes or country houses near here still regularly find evidence of the costly and critical battles that took place during the war in their backyards. The modern, newly opened Kirovsk Museum of the Break of the Siege of Leningrad shows some moving films from the time and astonishingly detailed dioramas of the action, with each figure painstakingly recreated from real footage and photos. Enjoy a local lunch in Kirovsk before making the hour and a half journey to Pushkin. Spend some time settling in to your feature accommodation for the night – the famed Ekaterinskiy Palace. In the evening you’ll be able to take a private stroll in the palace park after all the other visitors go home.

Enjoy breakfast while admiring the magnificent palatial views before your guided tour of the palace today. Catherine's Palace, as it is known in English, was built in the typical Rococo style of the great architect Rastrelli originally for Catherine I and then for Empress Elizabeth. Long used as the summer home of the Russian royal family, it is perhaps most famous for the events of World War II, and in particular the fate of its fabled Amber Room. Learn about the mystery of what happened to its treasures and see the painstaking reconstruction of the room that was opened to the public in 2003 for St Petersburg's 300th anniversary. Return to to St Petersburg (approx 90 mins), where you can enjoy free time until meeting up with your group for an optional final dinner together.

Your tour comes to an end this morning after breakfast. There are no included activities today and you are free to depart at any time. St Petersburg has so much to offer like Hermitage Museum, so some travellers may want to stay on and experience more of what this cultural hub has to offer.