Enjoy an unforgettable Orthodox Christmas Eve dinner with your hosts in the highlands, complete with candles, carols and more.. See the historical and surprisingly beautiful town of Lviv lit up with lights for the festive season.. Witness storybook scenes in the Carpathian Mountains, where forests of spruce and pine are dusted with powdery snow and rolling hills turn white in winter.. Stay with a Hutsul family in a community where many still live their lives according to a mixture of Christianity, folklore and respect for nature.

From the cobbled streets of Lviv, travel to the furthest edges of Western Ukraine to experience a snowy Orthodox Christmas in the highlands. As scenic as it is remote, travelling into the Carpathian Mountains feels like a true adventure. With difficult territory providing protection from the reaches of much USSR policy, the Hutsul people who live here remain remarkably traditional in dress and custom. You’ll get to spend an Orthodox Christmas eating, drinking and living with the locals in a traditional farmhouse, joining them for symbolic feasts and market trips. 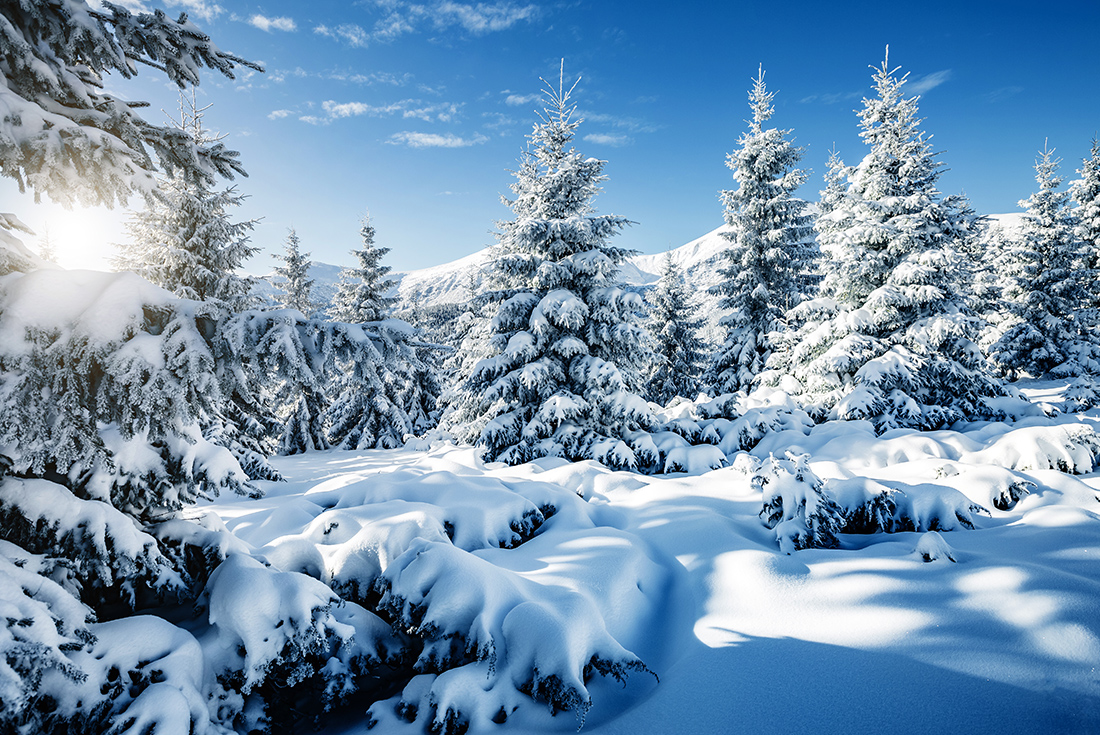 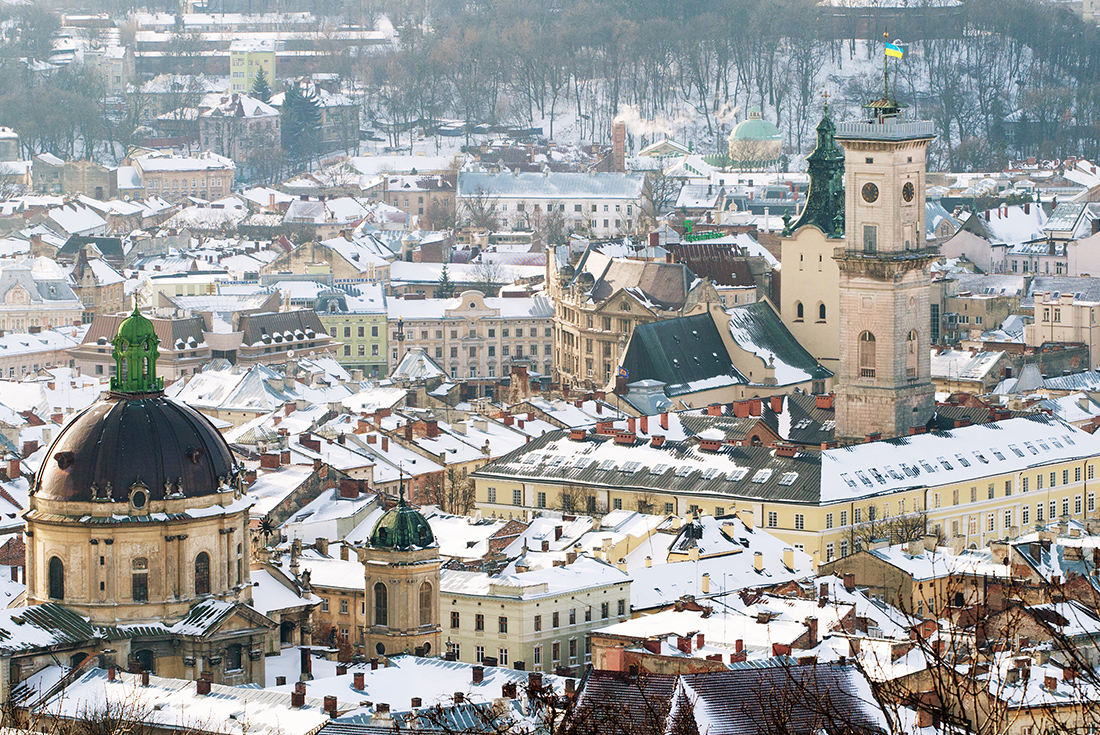 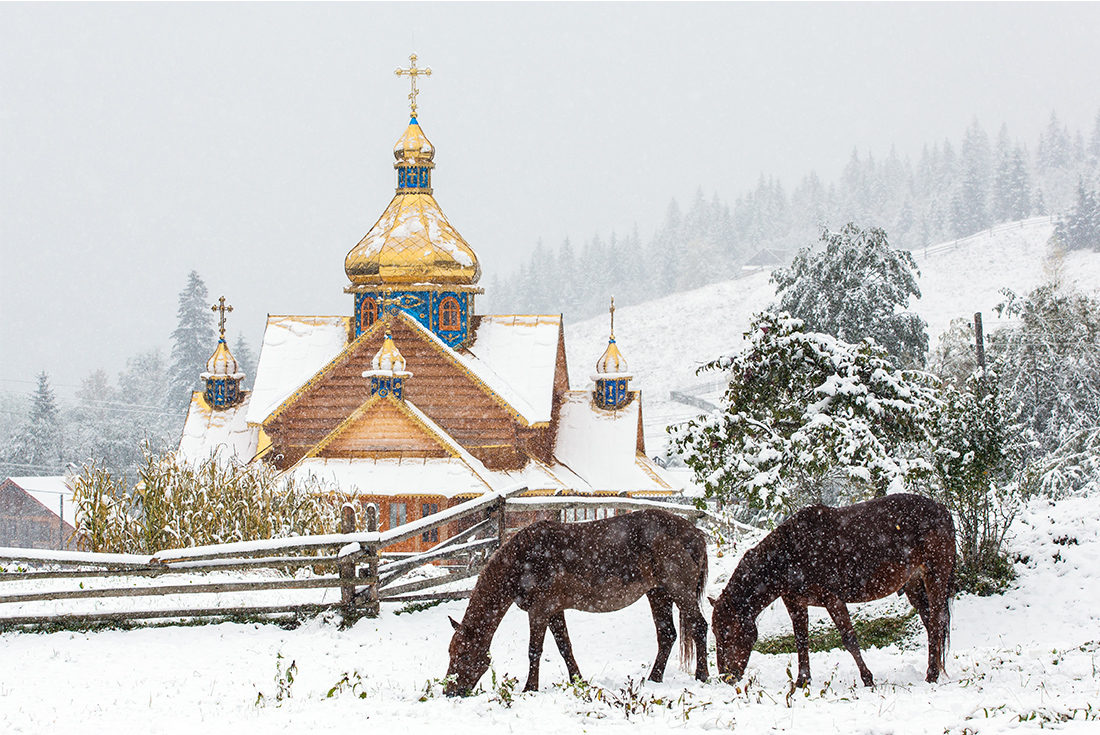 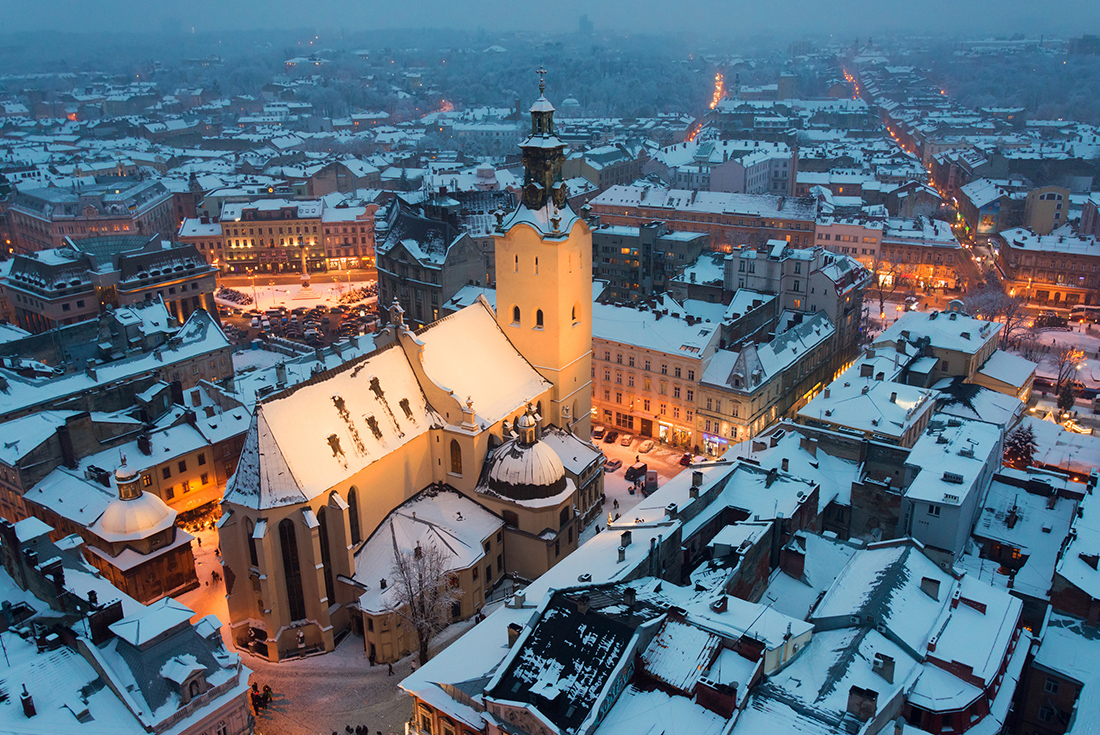 Once an important stop on multiple historical trading routes and playground for renaissance-era rich and famous, Lviv has managed to retain much of the diverse architectural charm. This delightful city awaits after a complimentary airport transfer, so make sure you provide your flight details to your agent at the time of booking. After tonight's group meeting you are free to explore the city, maybe ask your leader for the best place to grab a borscht (sour soup).

Lviv is Ukraine’s biggest surprise, a place where a myriad of flamboyant buildings remain despite the former-Soviet desire for modernism and aversion to the baroque. After breakfast, explore the city on a guided tour, taking in the cobblestone streets and learning all you can about this unexpected city. Visit the colourful interior of the Armenian Cathedral, the 16th-century Renaissance Clocher and Korniakta Tower, a souvenir market and the grand Theatre of Opera and Ballet among much more. Feel free to use the afternoon to explore. The boxy, colourful facades of the apartments in Market Square provide plenty of photo opportunities. Right next door is Prospekt Svobody, a broad two-lane street separated by a strip of park that makes for a lovely stroll. Those of a more historical persuasion might want to explore Lychakivs’ke Cemetery - one of Europe’s most celebrated burial grounds, where elaborate funerary monuments rest in a beautifully landscaped environment.

The frosted spruce forests and snowy peaks of the Carpathian Mountains await. Break up the long journey with a few historic stops along the way. First, visit Svirzh Castle, before continuing to Rohatyn, a historically important town that was part of Poland until WWII. Continue to Halych, once the capital of the Kingdom of Galicia-Volhynia and now home to the remnants of this grand history. Visit the ruins of the 14-th century Halych castle. Built on a steep hill, the remains are sparse but nonetheless exemplify the folk architecture style of the period. Later, travel further into the Carpathian Mountains, home to your hosts, the ethnic Hutsul people. These fiercely independent highlanders have lived in the area for centuries, though their exact origins as a people are unknown. Many in the community still favour a traditional way of life, shaped by their rugged surrounds and a blend of Christianity and pre-Christian folklore. This evening, you will be welcomed into a typical local farm where you will stay for the next three nights.

Merry Christmas! Visit the festive local market, where you can browse everything from elaborately embroidered clothes favoured by many locals to fresh bread, all while the lilting sound of koliada (Ukrainian carolling) carries through the chilled air. Stop to watch some Vertep, a traditional form of portable, boxed puppetry while you’re there. Vertep portrays biblical scenes that often have an undercurrent of political or regional commentary. Back at the farm celebrate an Orthodox Christmas Eve dinner. Rich with ritual and featuring twelve special meat-free dishes to recall the twelve apostles, it promises to be an unforgettable meal.

Make the journey to the picturesque village of Kryvorivnya, the heart of Hutsul country. This ruggedly beautiful town was a source of inspiration for the Ukrainian literati in the 19th-century, and is now home to many restored or faithfully recreated traditional buildings. You’ll visit one such building, the Grazhda, which replicates a wealthy Hutsul dwelling. Designed to withstand the isolation and elements, and also protect from predators, it offers real insight into how people have thrived here. Next, enjoy a tour of a private museum dedicated to Hutsul artefacts and instruments from owner, proprietor and history enthusiast Roman Kumlyk. A merry and knowledgeable guide, Mr. Kumlyk is known to give lively renditions of traditional songs to visitors. Later, enjoy another traditional meal at a local restaurant.

Bid farewell to your hosts and begin the return drive to Lviv. Just under halfway, stop in the picturesque town of Kosiv and experience a slightly more urbane version of the Christmas markets. Crafts from the surrounding hill are imported to Kosiv, making it the ideal place to find high-quality Hutsul wares if you didn’t find anything to your tastes earlier. Continue to Lviv, where the town square will likely still be coated in Christmas decorations. Why not rug up and take an evening stroll through town, soaking up the lights and festive cheer?

After breakfast, bid “boovay” to this winter wonderland. After checking out, you’re free to leave at any time, as there are no activities scheduled for today. If you're looking to extend your stay, additional accommodation can be arranged when you book this trip (subject to availability). If you'd like to continue travelling, it's easy to take a train to Kiev or other destinations in Ukraine. 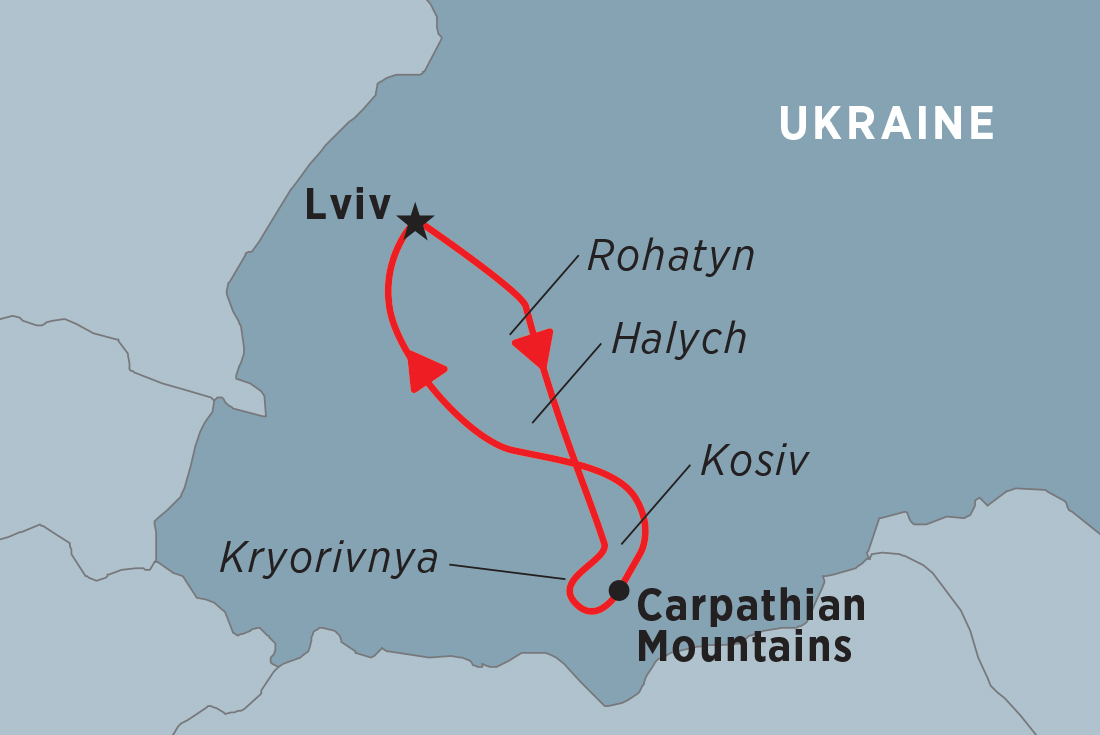