Enjoy Christians and Moors festival in Elda, take part in parades, battle reconstructions and military marches.. Enjoy evening and night fiestas during the festival.. Visit the UNESCO World Heritage-listed art cities of Avila and Segovia – not to mention Madrid, Spain’s wonderland of Spanish masters. Granada is a city like no other. Explore the outstanding Alhambra Palace with a guide, then lose yourself in the charming streets of the old Moorish quarter

The celebration of any historic military conquest is typically a one-sided affair, steeped in commemoration for the victors alone. However, the Moors and Christians festival of southern Valencia offers a different take on this formula, celebrating two interlocked cultures at once. It almost seems as if these celebrations are a form of reconciliation, a nod to the fact that two cultures may have been divided through battles but united by a love of Spain, which in turn, became a love for each other.

After exploring the lively streets of cities like Madrid, Seville and Barcelona, the UNESCO-listed art cities of Avila and Segovia and the Alhambra – a Muslim child on Spanish soil – you’ll come to understand how such an event and such a harmony can exist in this country full of colour, life and history. 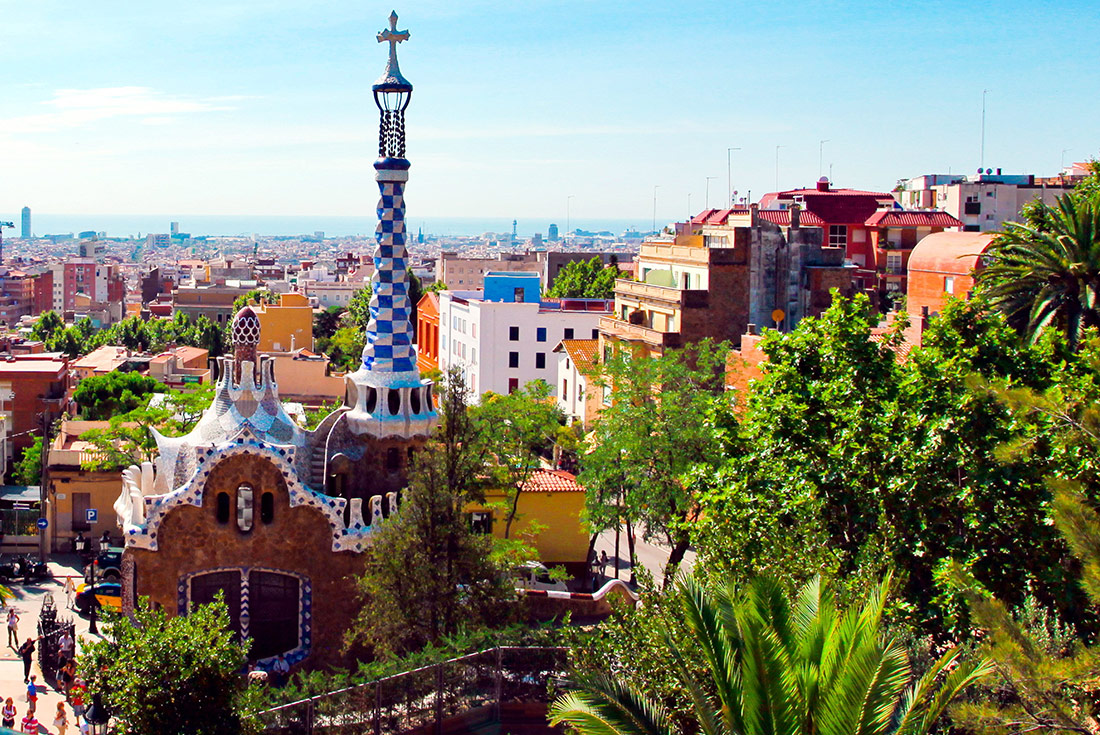 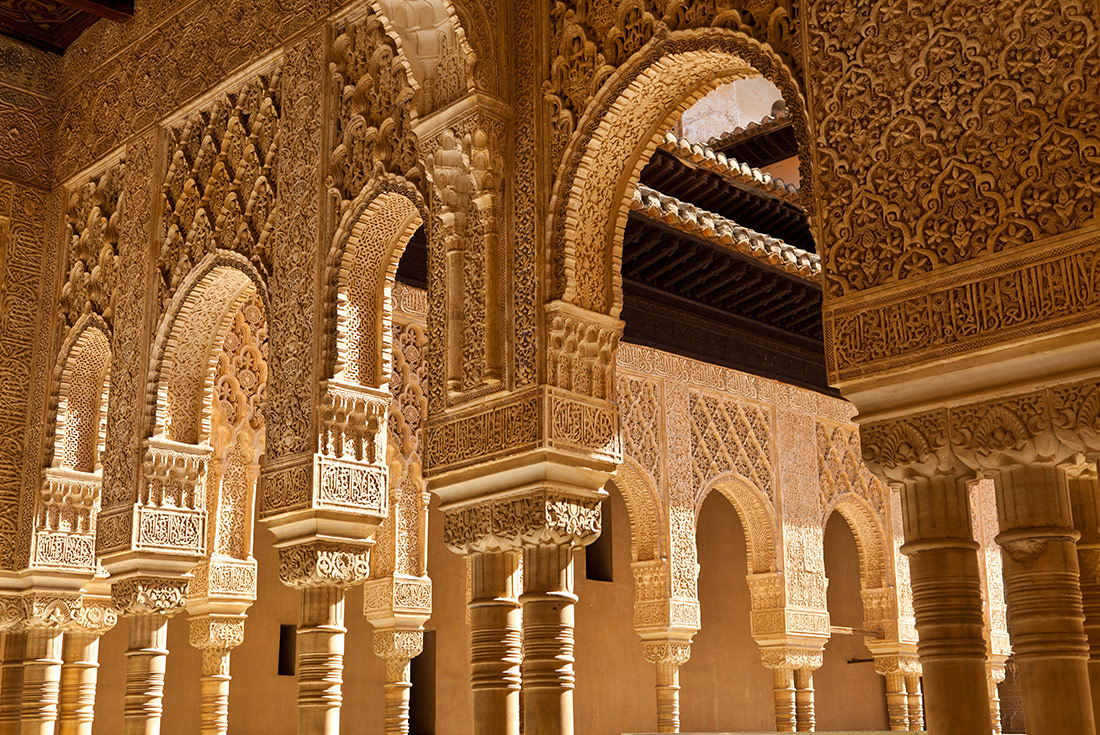 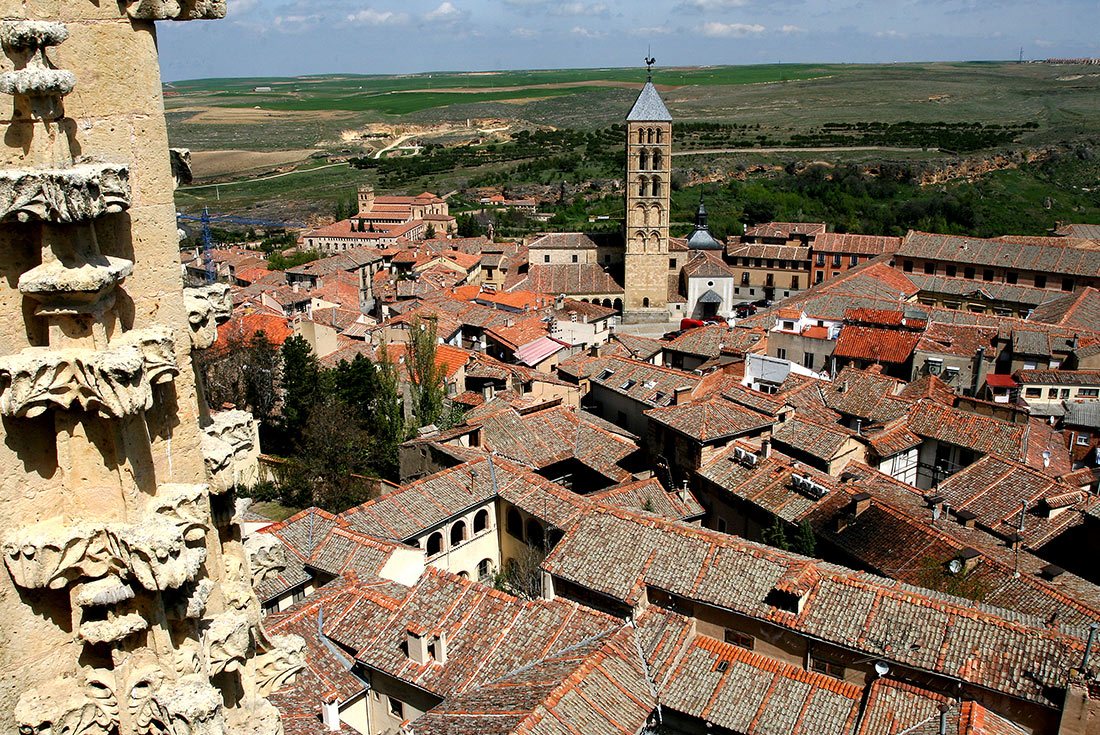 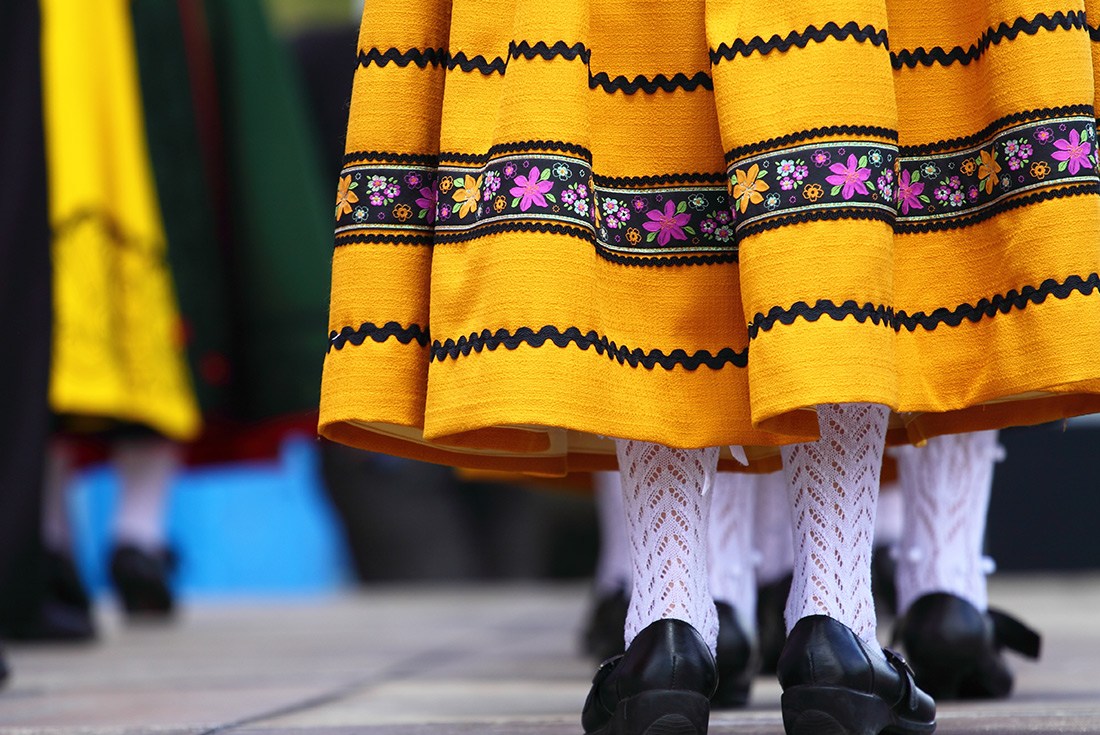 Welcome to Madrid, Spain. The beautiful central capital is known for its elegant boulevards and expansive, manicured parks, but it also pulsates with a vibrant energy. Your adventure begins with a welcome meeting at either 6 or 7 pm, depending on common area availability. Please double check with reception to confirm the time and place. After the meeting we will head out for an optional group dinner for you to get to know your fellow travellers. If you're going to be late, please inform the hotel reception. We'll be collecting your insurance, passport details and next of kin information at this meeting, so please have these on hand. If you can't arrange a flight that will have you arrive at the hotel by early evening, you may wish to arrive early. We'll be happy to book additional accommodation for you (subject to availability). As there's very limited time for sightseeing in Madrid, we recommend arriving a few days early to explore. Perhaps while away the hours along the Paseo del Arte, or Art Walk, for an expansive history of Western art. Start with the Museo del Prado, then discover modern Spanish masters, including Picasso and Dali, in the Museo Reina Sofia. Finish at the Museo Thyssen-Bornemisza, which displays eight centuries of European painting. After the welcome meeting, perhaps get into the mind of a Madrileno with some tapas and Rioja.

Explore the UNESCO World Heritage-listed art cities of Avila and Segovia on an eye-opening full-day trip. With its well-preserved city walls and 90 towers that date back to the 11th-centry, the ancient city of Avila is as beautiful as it is old. While exploring the streets on a guided tour, you’ll learn about the striking medieval walls, towers and gates that dramatically surround Avila before discovering some of the country’s best Roman monuments in Segovia. The impressive aqueduct originally spanned 16 kilometres (10 miles) and had 118 arches – the remnants are still visible today. Segovia’s ancient medieval fort is also striking. After a full day of exploring some of Spain’s best historical sites, head back to Madrid for the evening.

Enjoy a free day of exploration. Perhaps while away the hours on the Art Walk, which offers an expansive history of Western art. Start with the Museo del Prado, home to one of the world's finest collections of European art from the 12th to the 19th century. Discover modern Spanish masters, including Picasso and Dali, in the Museo Reina Sofia's 20th-century collection. Finish at the Museo Thyssen-Bornemisza while witnessings eight centuries of European painting, then perhaps take a break in the Real Jardin Botanico, a garden wonderland dating from the 18th century.

Head for Seville in the morning morning. A town famous for its cultural vitality and dazzling architecture, Seville is the largest city in southern Spain. On arrival, explore the city on an included guided walking tour. You'll see the Alcazar of Seville, a grand royal Palace. Known as one of the most beautiful in Europe, the Spanish royal family still to this day use the Alcazar as their residence in Seville. The rest of the afternoon is free, so you may wish to take an optional visit to the Giralda Tower and the famous Seville Cathedral, one of Europe’s largest cathedrals and home to Christopher Columbus’ elevated tomb.

Enjoy a free day in Seville, discovering this beautiful and intriguing city in your own pace. Perhaps visit a Cathedral de Giralda, one of the largest Christian churches in the world which stands beside the 12th-century Almohad Mosque. For those interested in the rodeo, the Plaza del Toros is the most famous bullring in Seville – it’s also the oldest in Spain. As a Responsible Travel Company we would not suggest you going to watch the fight, but history is history so visiting the venue to learn more about the tradition is certainly worth it. In the evening enjoy fiery flamenco show and included dinner.

Depart from Seville and travel onward to Granada, one of the jewels of Andalucia. Upon arrival, take an orientation walk around the main sites of the city before enjoying a free afternoon. Take a walk around the old Arab quarter of the Albaicin, a labyrinth of crooked alleys, fountains, plazas and whitewashed houses, or the 'Alcaiceria' (old silk market area) and observe the craftworks on sale that include ceramics, marquetry and leather goods. If you're feeling energetic, climb the steep streets up to the Mirador de San Nicolas for sunset views over the famous Alhambra. If you have time, perhaps check out the historic Renaissance Catedral and Capilla Real. Granada is the kind of city to leave your guidebook behind and trust your intuition.

After breakfast, take a guided tour through the incredible Alhambra Palace, one of the world’s great architectural masterpieces. Dating back to the 11th century and taking its name from the Arabic word for 'red castle', Alhambra represents Muslim art in its final European stages. The dominating red fortress towers, extravagant palace decor, multitude of architectural styles and magnificent gardens of the 'Generalife' (literally meaning ‘architect's garden’) are all set against the backdrop of the Sierra Nevada mountains. With soothing pathways, fountains, impeccably-maintained hedges, pools, centuries-old defensive walls, turrets, and views overlooking Granada, Alhambra is certainly very memorable. The afternoon is free for you to discover the other highlights of Granada, such as the cathedral and the Albaicin Quarter.

Travel to Elda, the home of Moors and Christians festival. Get in to the festive mood when you get your outfits handover. Enjoy dinner in local restaurant before travelling out to the first parade in the evening which is more than likely to continue late into the night. After waking up in the morning, continue on as you explore the bustling streets of Elda as the festival gallops on from dawn 'til dusk. In the 19th century, roughly around 1838-1840, Elda began the Moors and Christians festival to commemorate the capturing of several Spanish cities by the Moors and the subsequent recapturing by the Christians. The event lasts for several days and features festive parades with loud costumes inspired by Medieval fashion. The Christians wear fur, metal armour and ride horses as they fire off loud arquebuses. The Moors, in contrast, wear costumes inspired by ancient Arabia as they carry scimitars. The festival culminates in an orchestra of gunpowder, medieval music and fireworks before ending with the Christians winning a simulated battle around a castle. These events are interspersed with feasts, bands, colourful offerings at mass, traditional dancing and so much more – highlighting a culture as vibrant in spirit as the costumes they wear.

Say farewell to Elda and continue on to Barcelona, stopping at one of the many quaint towns along the Balearic coastline. Barcelona’s vibrant culture and Catalan cuisine mix seamlessly with a excellent range of museums, Gothic architecture and a selection of restaurants that your tastebuds will never forget. Once you arrive, consider walking through the labyrinth of streets in the old Gothic Quarter and navigate your way through the tourists of La Rambla, the famous tree-lined boulevard. Perhaps travel to the market to get fresh juice and fruits if you get the chance, or visit the Picasso Museum, the National Art Museum of Catalonia or the Museum of City History to brush up on your local knowledge. For those more interested in scenic views, the funicular ride to the top of Montjuic or Tibidabo offers panoramic views of Barcelona and the harbour.

Spend the morning exploring some of Barcelona's wonders. Visit one of Antoni Gaudi’s architectural icons, the Sagrada Familia, a project that Gaudi dedicated most of his life to before his death in 1926. Marvel at his unique architectural style that includes a mix of Gothic and modern influences, evident in the curvilinear columns and arches. This extraordinary building is now a UNESCO World Heritage site, and after a tour through the area, you’ll soon see why. This expedition also takes you into the narrow medieval streets of the Gothic Quarter, home to the city’s impressive cathedral. It's also where you'll find La Boqueria, a colourful public market that dates back to 1217. Please note most of the city touring will be done on foot with a walk time of up to 6 hours today – a pair of comfortable shoes is the must. The remainder of the afternoon is at your leisure but please join your fellow travellers for a farewell dinner this evening.

Today your Spanish adventure comes to an end in the morning. There are no more activities planned and you're free to leave the accommodation at any time. If you'd like to spend a few more days in Barcelona, then our reservations team can help book accommodation (subject to availability).