Mexico Beyond the Day of the Dead – Limited Edition

Mexico Beyond the Day of the Dead – Limited Edition

Gain a deeper understanding of one of the world’s most colourful and enigmatic celebrations – join in the festivities and go behind the scenes of the Day of the Dead. Explore Guadalajara, the most gloriously stereotypical of Mexican cities – look out for wide-brim sombreros, mariachis, tequila and rodeos. Embark on an incredible train journey through the stunning Copper Canyon aboard Mexico’s only real passenger train – El Chepe.

Let El Dia de Muertos be your gateway into Mexico. An ancient festival that remains at the heart of Mexican popular culture, the Day of the Dead reflects the country’s many sides – colourful and mystical, satirical and political, contradictory and poignant, macabre and humorous. Travel from Mexico City up the Pacific coast to Chihuahua, joining the locals in remembering the departed and seeing how the country comes to life. Visit towns like La Noria and Patzcuaro to see traditional altars covered in offerings, cemeteries filled with life, and families decorating tombs. See reminders of pre-Colombian culture in archaeological ruins and traditional handicrafts, and experience the most ‘Mexican’ of cities – Guadalajara – the home of tequila and mariachi music. Sip tequila in its namesake, then board Mexico’s greatest engineering feat – the epic Chepe railway – for a three-day ride that covers the breathtaking scenery of the Copper Canyon. Disembark to explore incredible landscapes, then finish in Chihuahua. This trip will introduce you to the true spirit of Mexico. 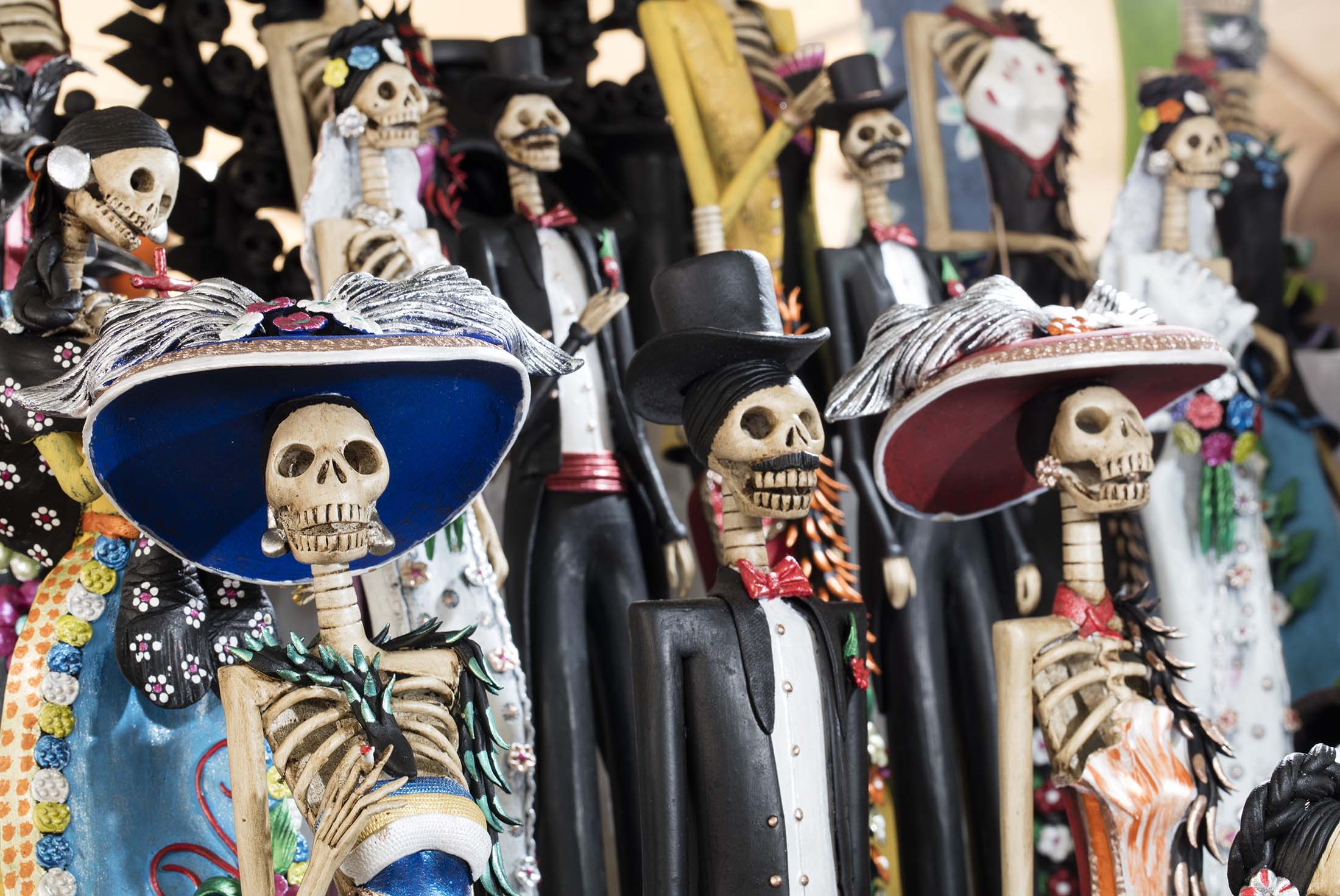 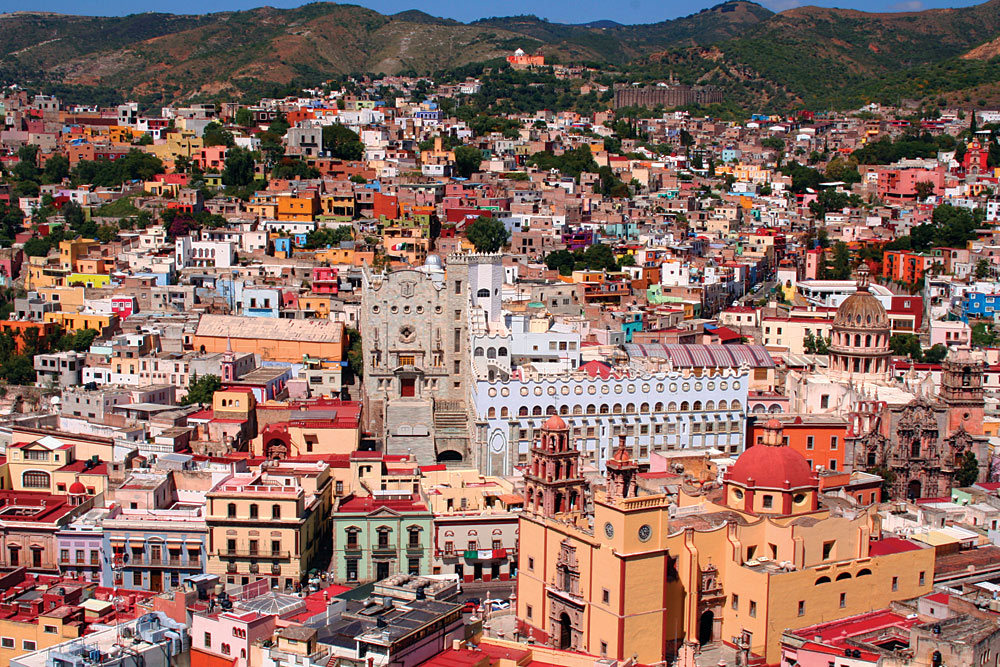 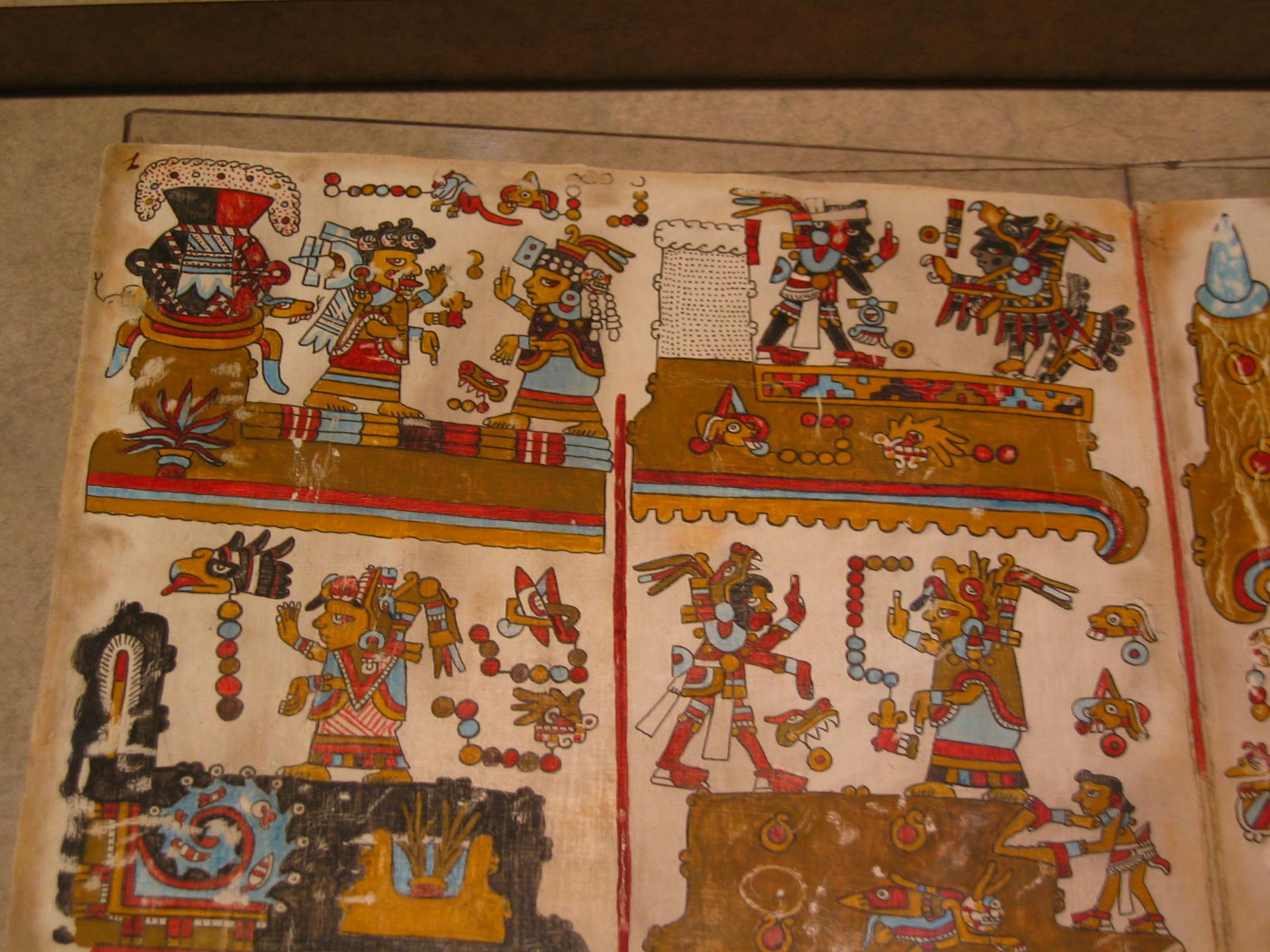 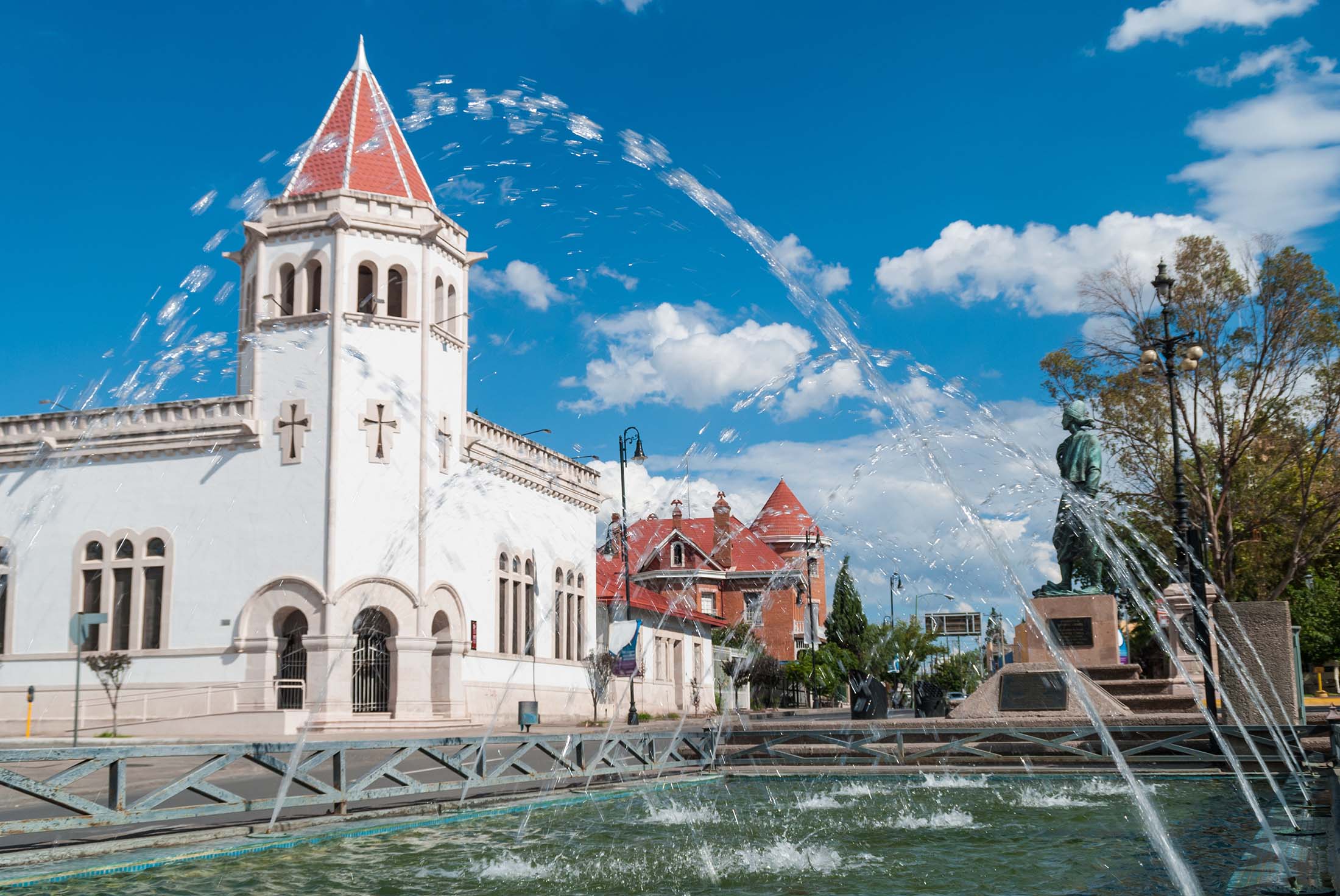 Arrive at Mexico City’s Benito Juarez International Airport, where you'll be transferred to your hotel. A complimentary transfer is included with your trip. Please ensure you provide your flight details to your booking agent at least 14 days prior to travel so the transfer can be organised. In the evening (usually around 6 pm) you will meet your tour leader and the other members of your group for a pre-tour briefing. Please look for a note in the hotel lobby or ask the hotel reception where it will take place, and have your insurance details and next of kin information ready for collection. This meeting will be followed by an optional group dinner at a nearby restaurant. There are enough activities to do in Mexico City to keep you busy for a week, so you may want to consider to arrive to Mexico City a day or two before the start of your trip. Some of the most popular activities in Mexico City (apart from the ones included in this trip) are: Frida Kahlo Museum - for a deeper understanding of this renowned Mexican artist. Bear in mind that queues can be long to enter this museum, particularly on weekends. An Uber taxi from your hotel to the museum should cost approximately MXN 160. Leon Trotsky Museum - Having come second best to Stalin on the race to the helm of the Soviet Union, Trotski was expelled and found refuge in Mexico City - where he was eventually murdered. The entrance fee includes free guided tours in English. Ask about it at the ticket box. An Uber taxi from your hotel to the museum should cost you approximately MXN 100. Closer to your hotel (about 1km) you'll find Plaza Garibaldi, where for about MXN 200 you can get a Mariachi band to perform for you!

Today starts with city tour of Mexico City. You'll visit the Metropolitan Cathedral, Zocalo (main square), National Palace and Museum of Anthropology. You will discover that Mexico City is an exciting mix of modern cosmopolitan glamour with remnants from both its ancient and colonial history. This afternoon you travel by private minivan to Teotihuacan - about 50 kilometres northeast of Mexico City. Here you'll discover the extraordinary Aztec ruins known as the Pyramid of the Sun and the Pyramid of the Moon which dominate the skyline. This was once one of the country's biggest ancient cities and the Aztec capital. With the help of a local guide, you'll have time to stroll down ‘The Avenue of the Dead’ to see fascinating clues to what life here was like nearly 2,000 years ago.

First thing this morning you’ll visit to UNAM (University of Mexico) to see its spectacular display of traditional Day of the Dead altars. This is a very popular activity for locals so hopefully we’ll avoid the long queues by arriving early. As part of the Day of the Dead, people organise ceremonies at cemeteries for those not physically with them any longer. This tradition is particularly colourful and festive in the town of La Noria - so you will head there in the afternoon. Ceremonies start early in the afternoon with families decorating the tombs and continues on well into the night with parties, music and tequila (of course).

Today you travel by private minivan to Patzcuaro (approximately 5 hours). Settle in at your hotel and hit the streets of Patzcuaro on a city tour which including a visit to the House of 11 Patios, the perfect location to witness the exquisite handcrafts produced in the Michoacan region. During this activity you will also have the opportunity to try the traditional ice-creams, hot chocolate and breads for which Patzcuaro is particularly renown in Mexico. Today is the Day of the Dead main celebration day in Patzcuaro. So this evening you will take a boat trip to the Island of Janitzio to visit to local cemetery which is lit up by candle light and graves are traditionally decorated.

Today after breakfast you will visit the town of Santa Clara del Cobre, located only 30 minutes from Patzcuaro, where local artisans will show you how this soft metal has many other uses apart from hi-tech cabling. From here you will visit the Tzintzuntzan archaeological site which comprises an impressive group of five round, reconstructed temples known as yacatas - silent reminders of the Tarascan empire which once dominated this region. Michoacan's handicrafts have the deserved reputation of being the finest and most colourful in Mexico. Today you will visit the town of Santa Fe la Laguna, to see first hand these artists at work.

Today you travel by private transport to Guadalajara, Mexico second largest city (long second to DF!). As you will soon discover, Guadalajara is home to some of Mexico's most popular cultural cliches such as wide-bream sombreros, tequila, mariachis and rodeos. However, your leader will too help you discover the more vanguard side it - particularly noticeable in the neighbourhoods such as Chapultepec.

Today you will take a comprehensive city tour of Guadalajara, including a visit to the Hospicio Cabanas. Built at the beginning of the 19th century, the Hospicio Cabañas provided care and shelter for the disadvantaged – orphans, old people, the handicapped and chronic invalids. Today, this Unesco World Heritage site is notable for the harmonious relationship between the open and built spaces, the simplicity of its design, and its size. In the early 20th century, the chapel was decorated with a superb series of murals, now considered some of the masterpieces of Mexican art. They are the work of José Clemente Orozco, one of the greatest Mexican muralists of the period.

Today you will visit the traditional town of Tequila. The small town of Tequila is surrounded by thousands of acres of carefully-cultivated blue agave fields. The blue agave is distilled to produce the world-famous alcoholic beverage of Tequila. Officially, only the blue agave can be used to make tequila. The village of Tequila (officially Santiago de Tequila) is now a Unesco world heritage site and the Mexican government has added  the town to its list of Pueblo Magico (Magic Town) program - a program which aims at retaining town's natural beauty, cultural riches, or historical relevance endemic to Mexico. No visit to Tequila would be complete without a vist one or two Tequila destilieries. Enjoy responsibly and Salud!

Today is a travel day as we leave Guadalajara behind and fly to Los Mochis, before taking a private vehicle to the Town of El Fuerte - the starting point of your "Chepe" train journey through the Copper Canyon. Every day since 1961, El Chepe (as this unique train is familiarly called), ventures into the imposing landscapes of the sierra Tarahumara, until it reaches Barrancas del Cobre or Copper Canyon, as this region is known worldwide. Four times bigger than the Colorado Canyon, this magnificent Mexican landscape serves as the backdrop of one of the most spectacular journeys in the world. With 655 kilometers of railroad tracks, 86 tunnels and 37 bridges, this route is regarded as one of the most important in the world and one of the master pieces of Mexican Engineering.

Today is an early start as your train departs to your first destination at 8.20am. You can expect to arrive at Divisadero at about 2.30pm. Divisadero's station is right at the rim of the Copper Canyon, offering impressive views of the canyon.

If you're an early riser, this morning you could choose one of the many of Divisadero's easy walking trails along the rim and look-out points. At 9 am take private transport a short 20 minutes to Arareko Lake. Spend approximately 45 minutes here to enjoy the view, before heading to your next stop at the Mushroom Valley (20 minutes drive). Your leader will explain the history of the valley with mushroom-shaped stones and you will have about half an hour to explore on your own. It will take approximately 3 hours including a rest stop and a chance to buy snacks to arrive at the city of Cuauhtemoc for an optional late lunch. Board the private vehicle once more, traveling to the town of Creel, where you'll arrive by 6 pm.

Today you have most of the day to explore the town of Creel. Creel is the starting point for many excursions to beautiful landscapes like the Lake of Arareko, Mushroom and Monks Valley and San Ignacio Mission. Your train this afternoon departs at 3.45pm towards Chihuahua - your last destination on this fascinating journey. You will arrive to the station of Chihuahua by 9.35pm. Chihuahua is an elegant colonial town built during the mining boom in the 19th century. You will spend two full days in this city exploring its many museums and quaint plazas. 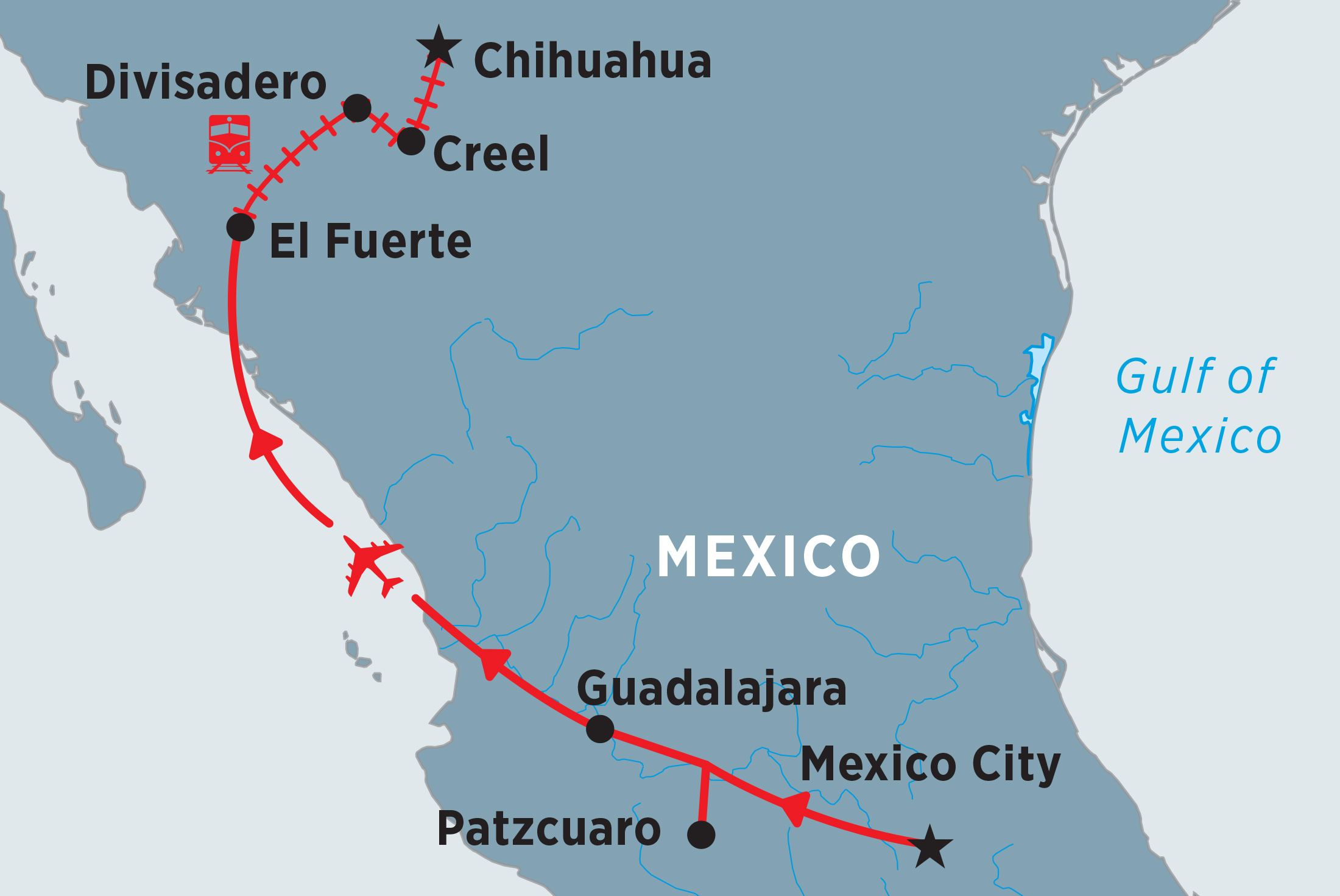