Take a regency dance class with an expert in historical dance. Listen to the secrets of regency fashion by a period costume expert. Walk through the village of Chawton, where Jane Austen once lived, with a local historian and member of the UK Jane Austen Society.. Join a local guide on a walking tour around Jane Austen’s beloved Lyme Regis, setting for ‘Persuasion’.

This limited edition tour visits destinations in Southern England significant to Jane Austen’s life, towns and cities that inspired her work and film locations where movies of her novels have been shot. Highlights include a regency dance class with an expert in historical dance and a talk about regency fashion with a period costume expert. While the tour will be led by a Peregrine leader, there will be various local expert guides, some of whom are members of the Jane Austen Society. 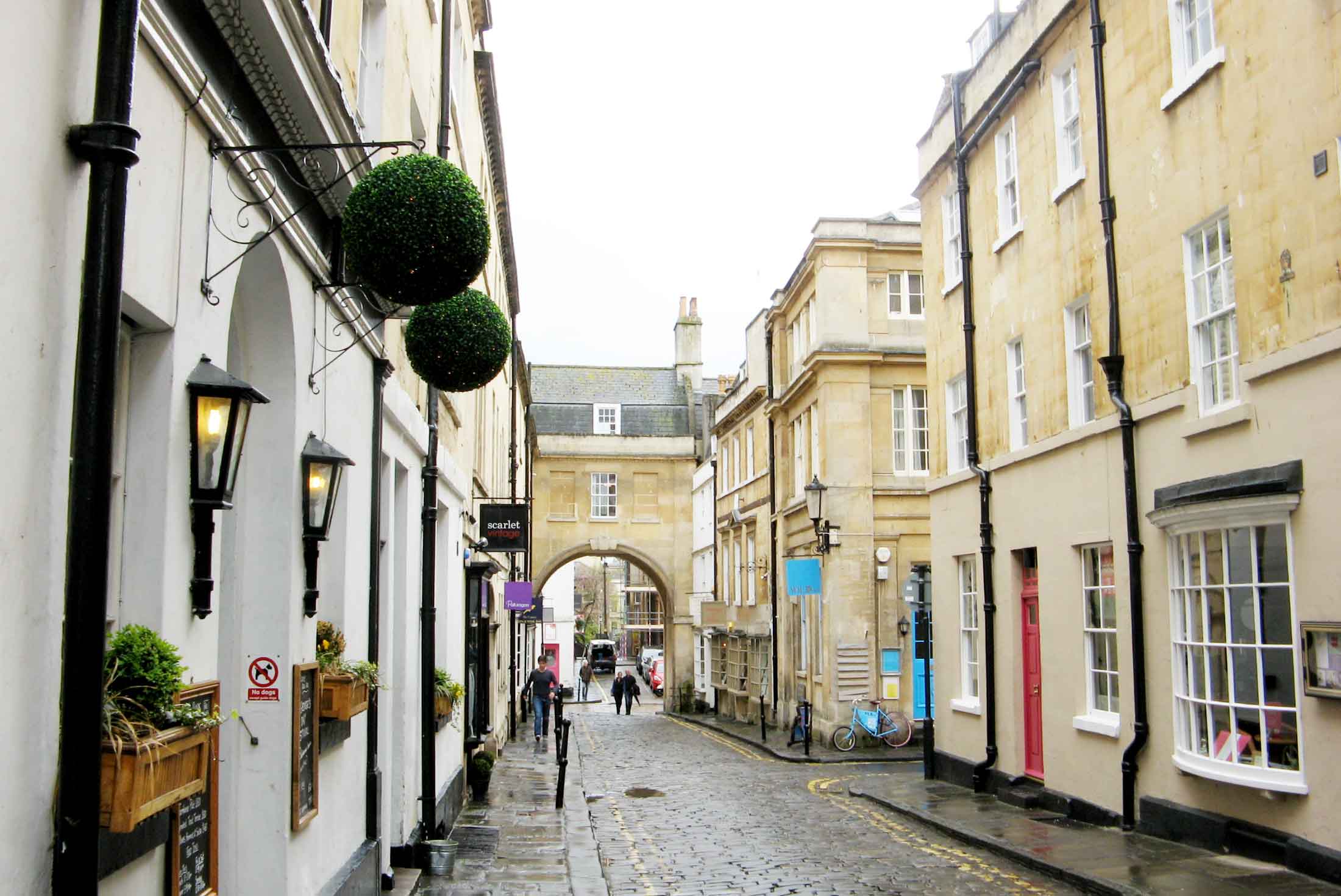 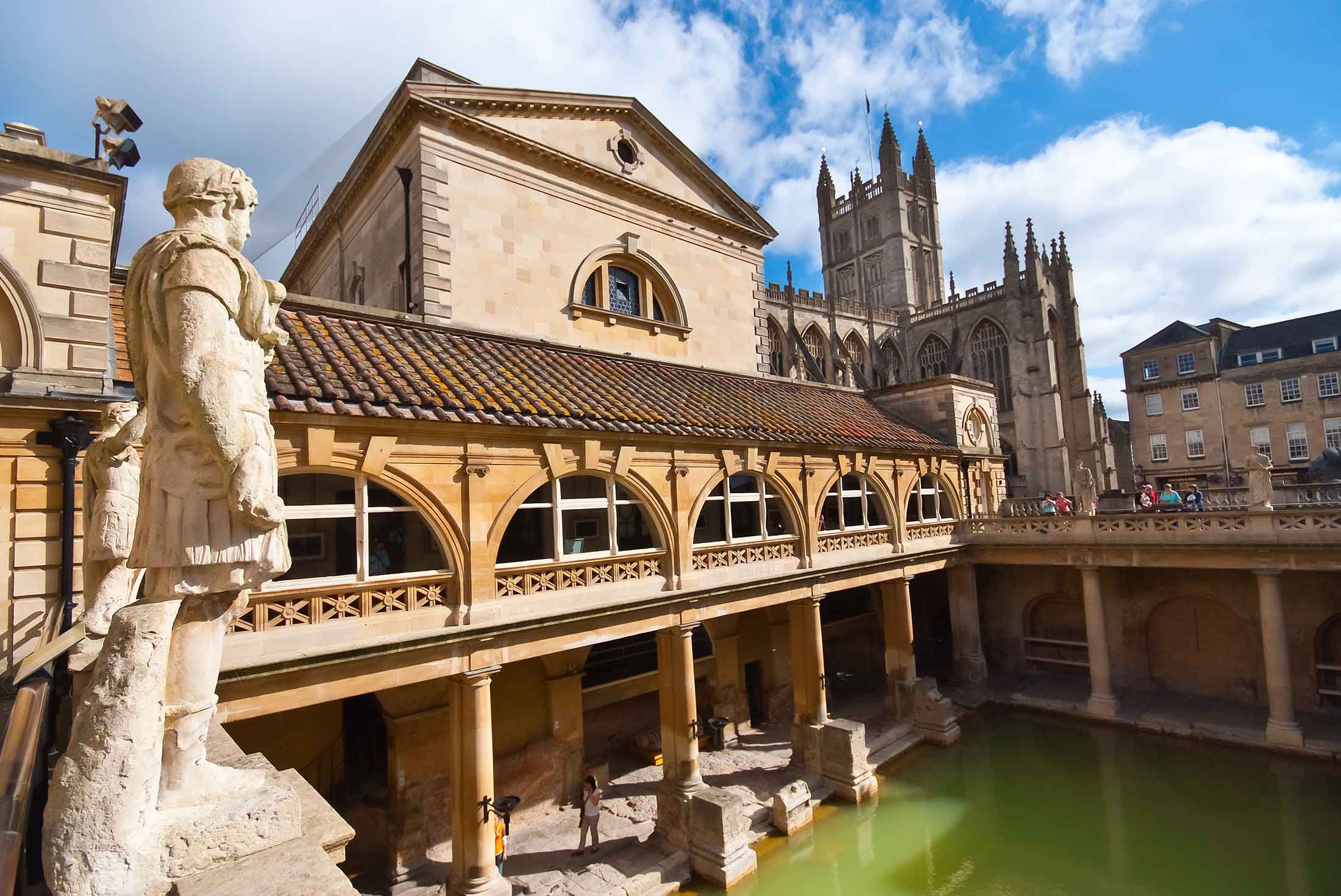 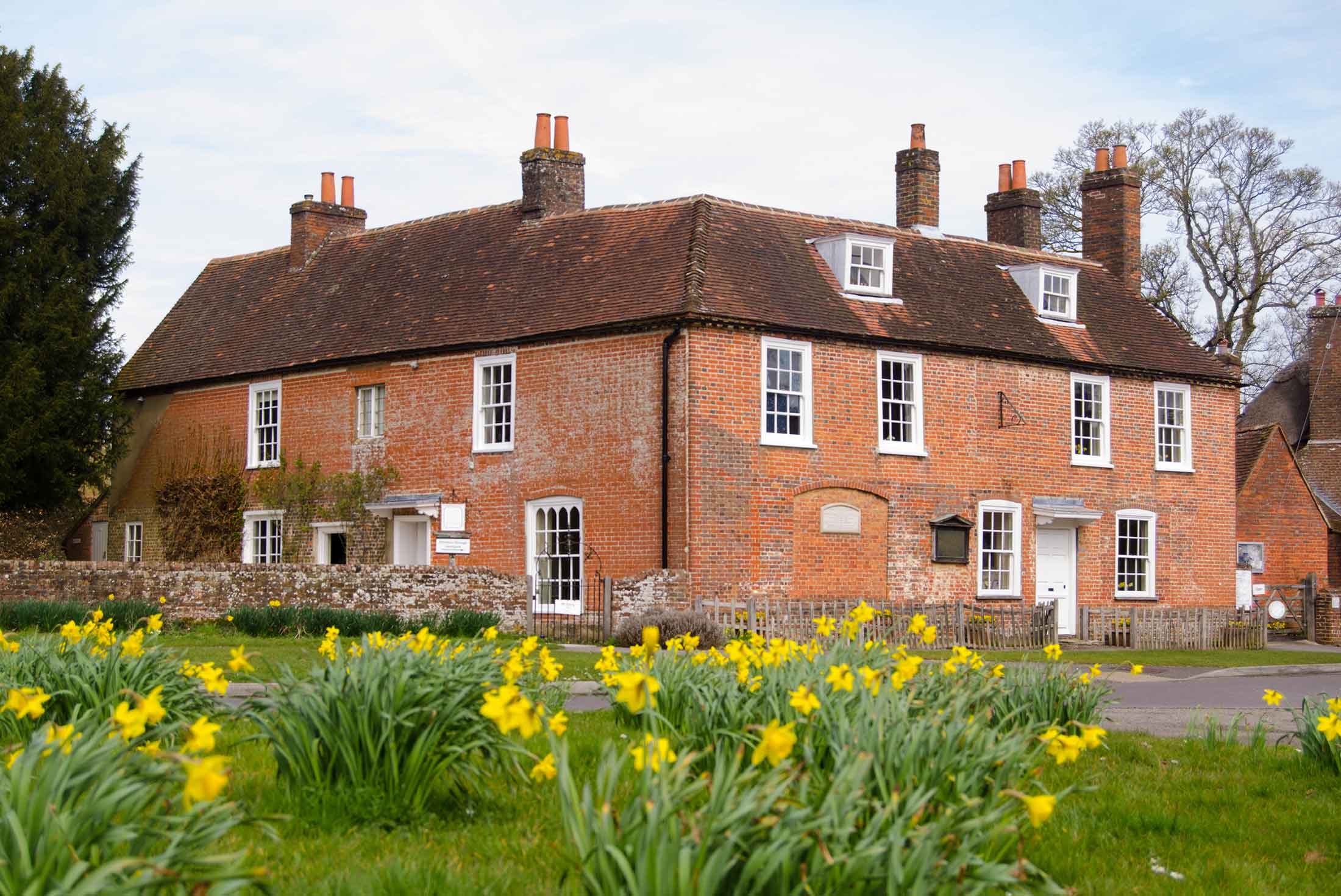 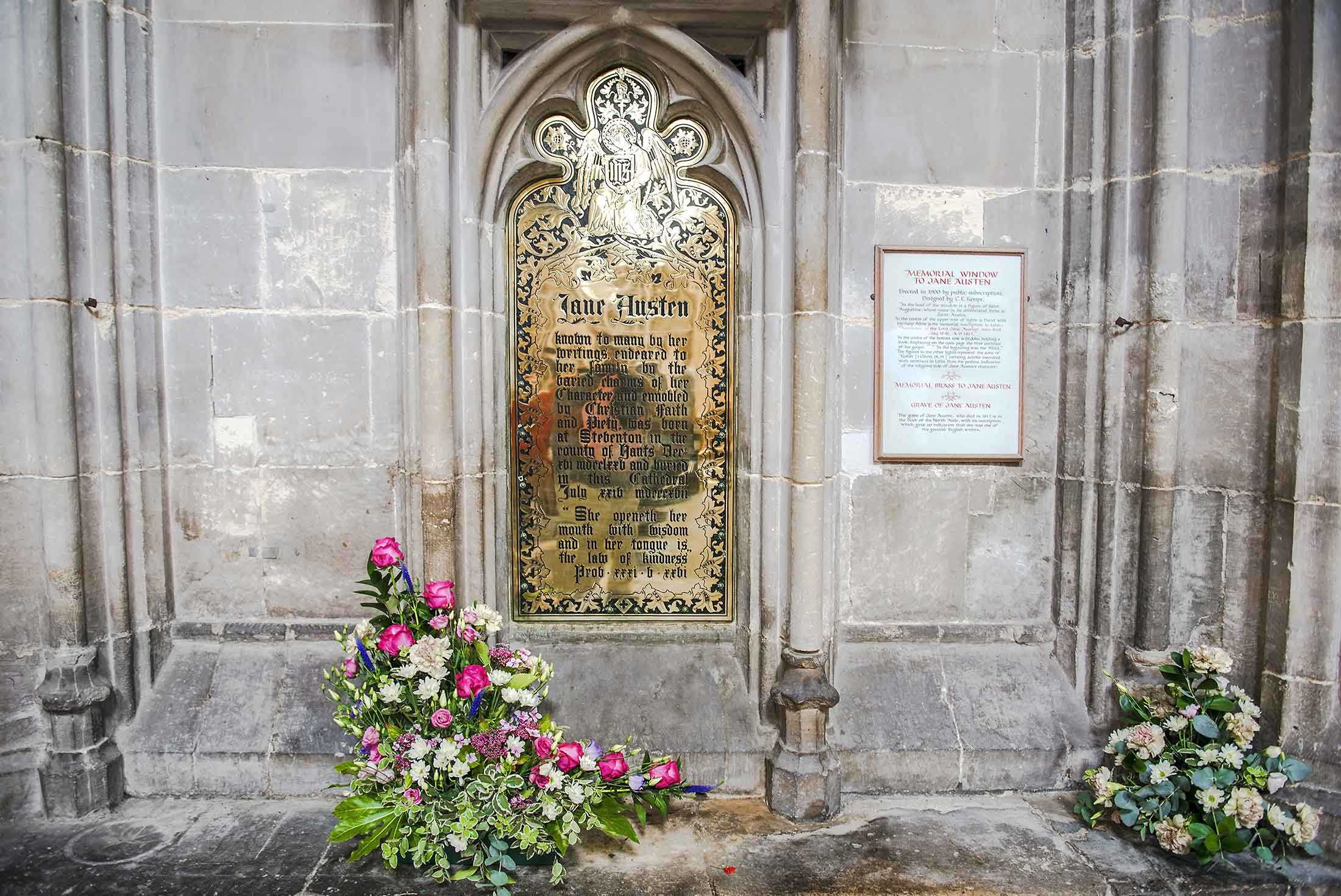 Welcome to England! After a complimentary transfer from either London's Heathrow or Gatwick airports, this literary adventure begins with a welcome meeting at 4 pm. Check with the hotel reception or see the noticeboard for further details. Please have your insurance details on hand to give to your leader, who will provide you with an introduction to what's in store for the week. After this meeting set out on an early evening walking tour of Jane Austen's London, passing icons such as Kensington Palace Gardens and Charing Cross along the way. Later in the evening get to know your fellow travellers at a group dinner.

This morning, hop on a private minibus and head to Hampshire, the very image of bucolic English countryside thanks to its gently rolling green hills, golden meadows and bubbling brooks. The journey will take approximately 1 hour and 15 minutes. The first stop is at Steventon, a rural village that is also Jane Austen's birthplace. On foot, explore influential locations from Jane Austen's early life, including St Nicholas Church, where her father preached. Afterwards, continue through the winding backroads to the quaint village of Chawton (journey time approximately 25 minutes). Here, there will be a chance to enjoy some lunch either at the local tearoom or at the village pub. A visit to the Chawton Cottage Museum is included and a local historian and member of the UK Jane Austen Society will offer a guided walk around the village, regaling the group with stories connected to significant locations in Jane Austen's life. Once the guided walk has concluded, jump back aboard your private minibus and head to the historic city of Winchester, England's former capital city (journey time approximately 30 minutes).

After breakfast head out on a walking tour of Winchester and see its wonderfully preserved medieval architecture, including the gothic Winchester Cathedral, one of the largest cathedrals in Europe. Jane Austen died in Winchester in 1817, on College Street, and she was buried in the north aisle of the cathedral. This burial was most likely arranged by her brother, Henry, who had been ordained shortly before her death. The afternoon is then free for you to enjoy at your leisure. Perhaps stroll along the River Itchen to The Hospital of St Cross or wander the ruins of Wolvesey Castle (which conveniently stands next to Winchester Cathedral). A huge part of the social scene during Jane Austen's life was attending dances and a highlight this evening will be a dance lesson conducted by the local regency dance club.

Drive to Salisbury, where you'll stop to visit the stunning Salisbury Cathedral, a leading example of early English architecture, and the Magna Carta, one of the most famous and important legal documents in the world (journey time is approximately one hour). Afterwards, visit Mompesson House, which was used as one of the major locations for the 1995 film of Jane Austen's Sense and Sensibility, where it served as the set for Mrs Jennings' London townhouse. Then continue to Lyme Regis, a coastal town in West Dorset that formed some of the setting of Jane Austen's last novel, Persuasion (journey time approximately two hours). Austen herself was quite enamoured with this seaside town, as indicated in her writing: 'A very strange stranger it must be who does not see charms in the immediate environs of Lyme to make him wish to know it better.' This afternoon, you'll be joined by a local guide to follow in the footsteps of Jane Austen and her characters around Lyme Regis. Later will be a relaxing evening spent in a small Edwardian country house hotel in the peaceful Devonshire countryside, near villages that would not sound out of place in an Austen novel – Hawkchurch, West Hay and Fishpond Bottom! Your secluded hotel has a homely feel and an award-winning restaurant, which offers locally sourced produce. So it’s an evening to wine, dine and unwind with pleasant conversation over dinner.

Today's journey starts with a visit to Evershot, which was the village of Highbury in the 1996 adaptation of 'Emma', starring Gwyneth Paltrow (journey time approximately 1 hour). You'll have some time to explore at your leisure; you might like to visit the artisan baker, who has been baking bread to traditional recipes for over 150 years, take some photographs of the village’s quaint thatched cottages or simply stroll the beautiful streets and lanes. Evershot is also famed for its inclusion in much of Thomas Hardy's literature. Continue on to Bath, known for its 18th-century Georgian architecture and, of course, the natural hot springs after which the town gets its name (journey time approximately 1 hour and 30 minutes). Austen lived in Bath from 1801 to 1806, and set two of her six published novels here (Northanger Abbey and Persuasion). This afternoon, meet another expert local guide who'll take you on a walking tour of Jane Austen's Bath, followed by a visit to the Jane Austen Centre.

Bath is a great base for a day trip to a number of locations you'll recognise from Austen novels and film locations alike. The first stop is the village of Lacock which was used as the location for the village of Meryton in the 1995 adaptation of Pride and Prejudice, starring Colin Firth. Perhaps ask the ladies at the village teashop about their experiences as extras in the film! Next is a visit to Luckington Court, which you may recognise as Longborne, home of the Bennett sisters in the same film.* Finally, visit Blaise Castle, described as ‘the finest place in England’ in Jane Austen's novel Northanger Abbey. The 18th-century Grade II-listed manor house is now a converted museum.

This morning will be free for you to enjoy the vibrant town of Bath at your leisure. A period costume expert will give you a talk on regency fashion and what outfits, materials and styles would have been all the rage in Jane Austen's day. This evening, share stories and recount memories of your experiences over the past week with your travelling companions as you enjoy a farewell dinner at a regency-style venue.

This literary trip comes to an end after breakfast today and you are free to depart at any time. 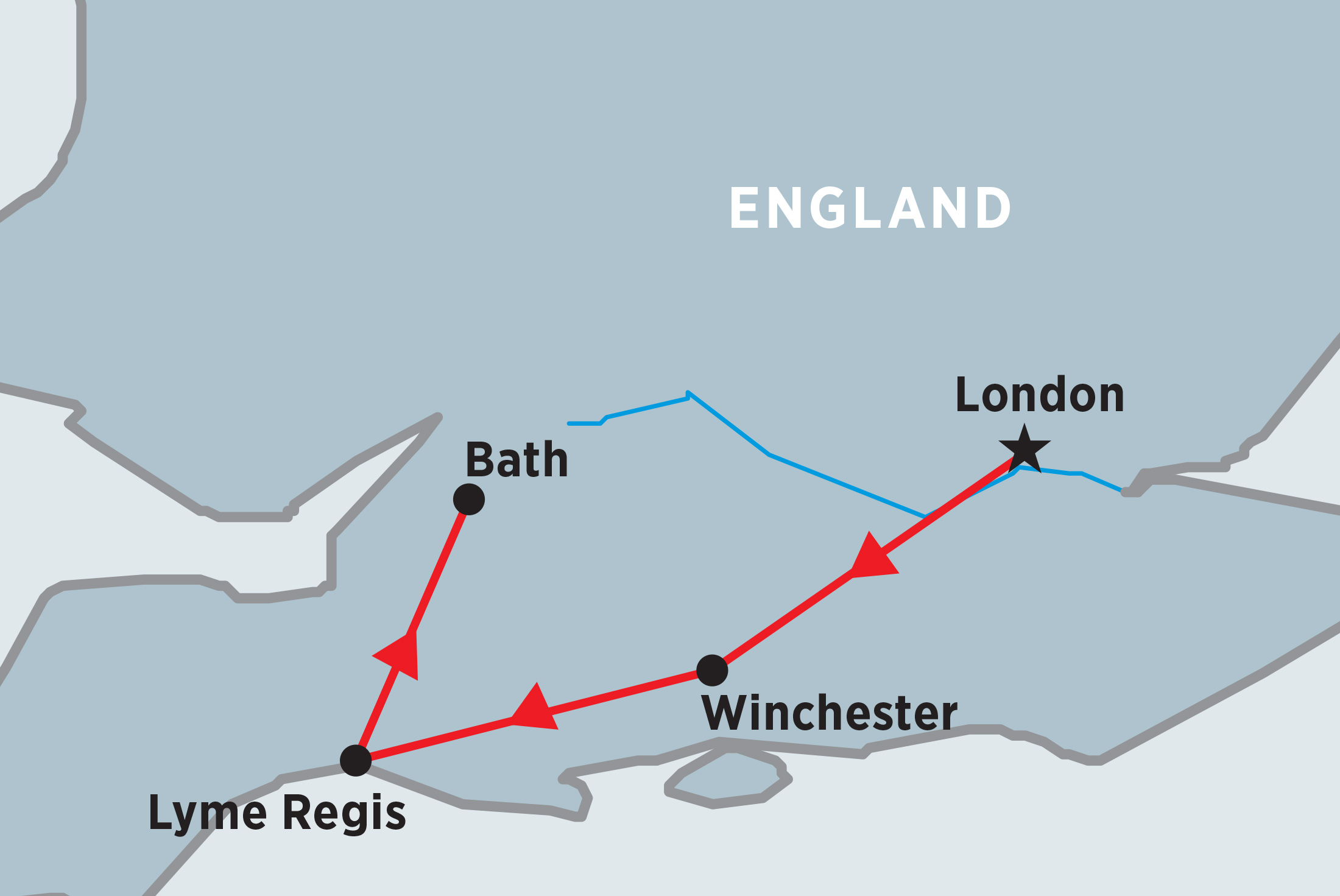