Take part in 30th anniversary of Berlin Wall Fall.. This trip takes you to places that shaped today’s Central and Eastern Europe.. Learn how Germans, but also Poles and Czech people fought their way to freedom from communist terror.. Discover Gdansk, the birthplace of Polish solidarity movement, and the city that triggered the fall of communism in Europe.

2019 marks the 30th anniversary of the fall of the Berlin Wall and this trip is an opportunity to not only discover the context of this turbulent time in European history, but also celebrate hope with those whose lives have been most affected. Begin and end in Berlin, where you’ll tour Checkpoint Charlie and the Wall Memorial and take part in official celebrations on the day the wall fell. Travel to Gdansk, where a spirited resistance to communism ushered in the fall of the Soviet Union, and Prague, where a mass exodus of East Germans sought refuge. Along with a fascinating insight into the sobering events of this period, you’ll also be immersed in the food and culture of these cities that have become modern metropolises, some, like Dresden, rebuilt from ashes. 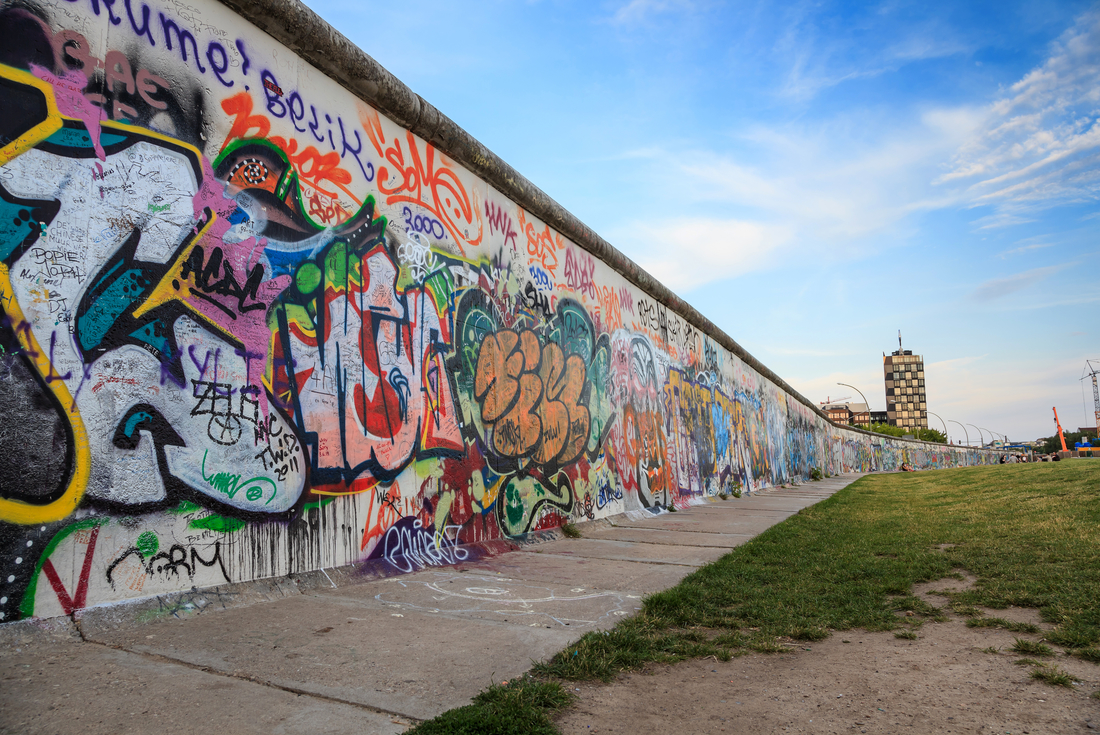 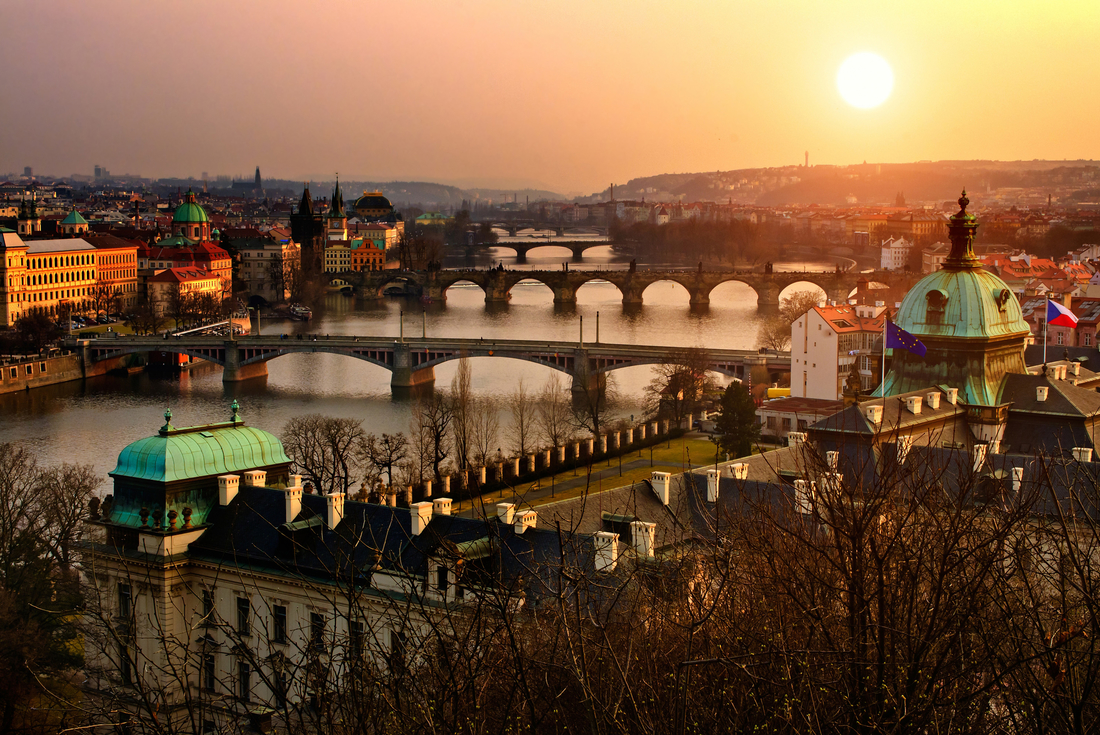 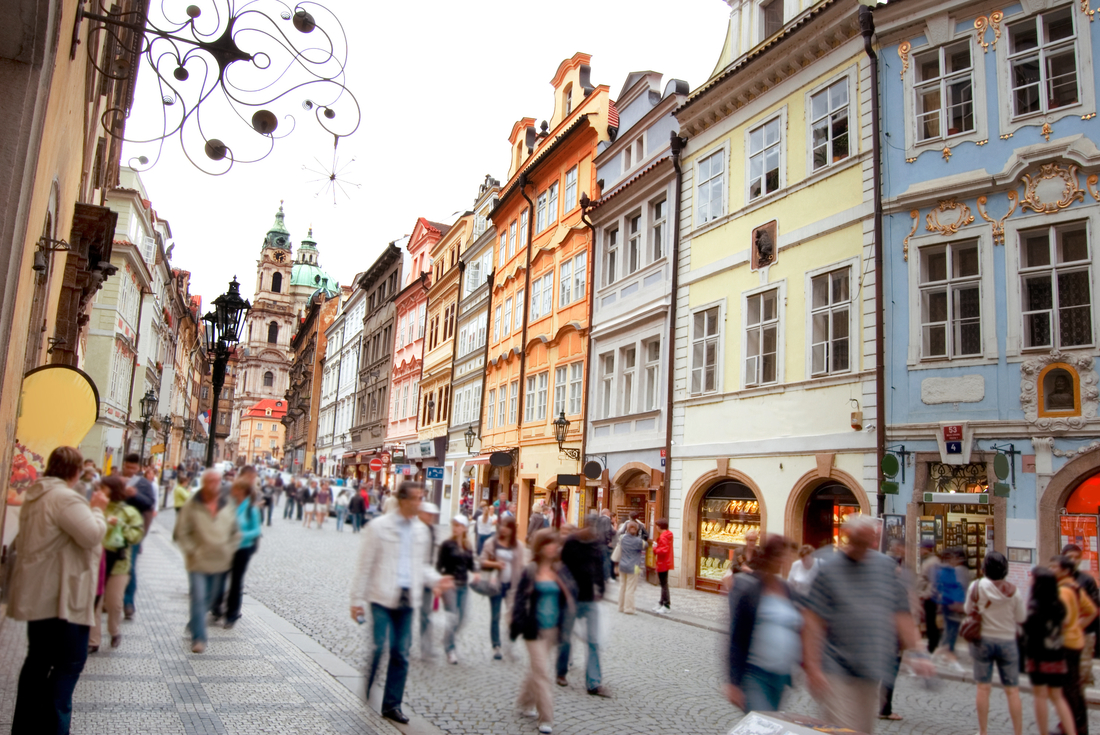 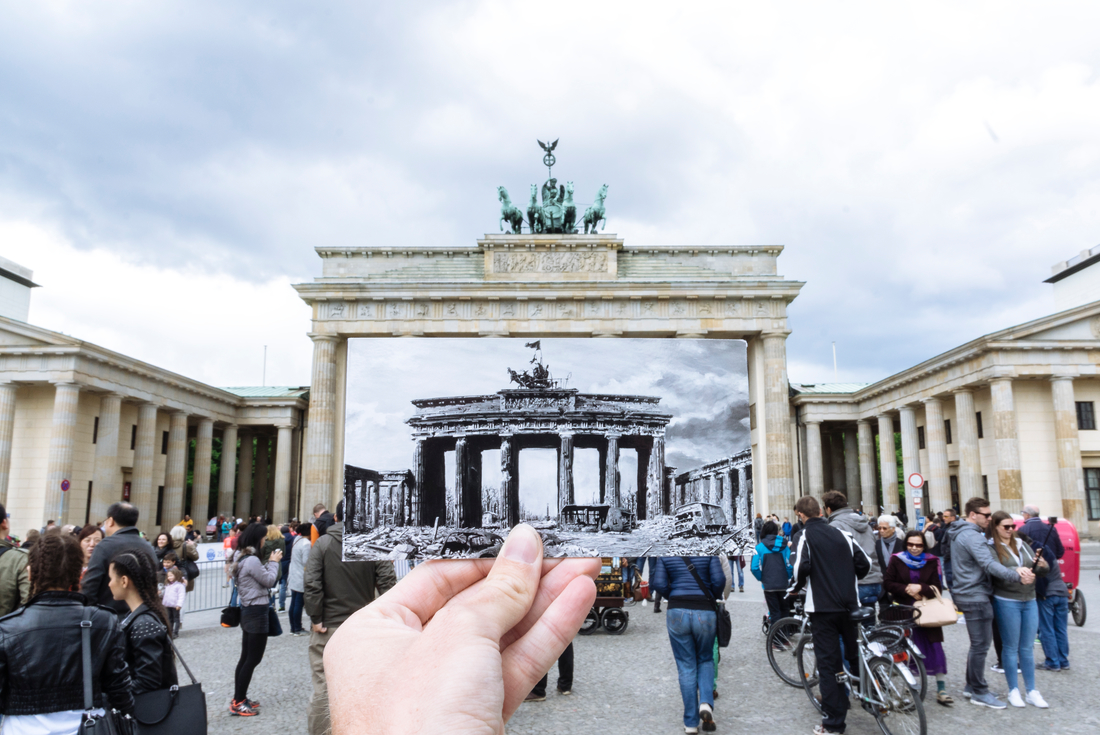 Willkommen! Berlin, the capital of Germany, is considered one of the hippest cities in Europe and has a storied, somewhat turbulent past. It's well known for its culture, architecture, nightlife, festivals and, of course, its food (pork knuckle, schnitzel and giant pretzel at your service). Speaking of which, this trip begins with a group meeting at 6 pm followed by an included group dinner to get to know your fellow history buffs before exploring this thrumming metropolis.

Spend the day in Berlin getting to know the most important parts of its relatively recent history. The existence of the Berlin Wall was a direct consequence of a WWII and the group will find out more about this tragic part of German, European and world history on a guided tour including a visit to the Checkpoint Charlie Museum, a private museum named after the famous crossing point on the Berlin Wall. Dr. Rainer Hildebrandt founded the museum in 1961, shortly after the construction of the wall, with the belief that 'it is vital in the non-violent struggle for human rights to be as close as possible to the injustice itself, where human greatness fully unfolds.' The museum would end up playing a crucial role in history and the fall of the wall as it increased its space and collection over the years.

Take a train today to Gdansk, a Polish port city that was home to the Solidarity movement and consequently instrumental in bringing about the fall of Soviet communism. While Gdansk is an obvious hit with history buffs, it's also incredibly popular with travellers thanks to its culture, varied architecture, nightlife and coastal lifestyle. With over a thousand years of history and importance as a key port in the region, Gdansk is often bypassed but rarely surpassed when it comes to Polish cities, and the group will take an orientation walk around town with their leader on arrival followed by a typical Polish dinner at a local restaurant.

As with Berlin, Gdansk was shaped by the events of WWII as much as it was by communism. Start the day by visiting the recently opened Museum of the Second World War, appropriately built in the city where WWII began with Germany's attack on on Poland at the Westerplatte Peninsula on September 1st, 1939. Continue to the European Solidarity Centre, a museum devoted to the history of Solidarity and the other movements across Eastern Europe opposing communism. Next door are the Gdansk Shipyards, where Solidarity was born after 17,000 workers went on strike and eventually formed the first independent trade union during communist rule. Their actions led to the communist goverment giving people more rights and freedoms, which in turn led to a democratic Poland and the downfall of Eastern Europe communism. Enjoy a free evening to indulge in the city's food scene and nightlife.

Depart Gdansk on an early flight to Prague, the Czech capital. Take a short walk through the city before visiting the German Embassy, a building that played a remarkable role in the history of the Berlin Wall. It was here that the mass exodus from East Germany started when, in the summer of 1989, several thousand citizens of communist East Germany sought refuge at the West Germany embassy in Prague. Not only did this signal the collapse of communism in Germany, it was also a sign for then-communist Czechoslovakia that their own goverment could crumble too.Visit the KGB Museum later in the day, which holds a collection of spy cameras, weapons, interrogation equipment and fascinating photographs of KGB members on the city streets.

Prague is nicknamed the City of a Thousand Spires and today presents an opportunity to take a little easier and enjoy the stunning city. Start with a tour around sites that were of communist importance during that time in history, then discover communism's effect on the breweing industry and what modern Prague has to offer when it comes to food and beer. Spoilder alert: it's a lot. Prague, and the Czech Republic in general, is known for its love of beer and this tour winds its way through the streets and alleys of the city and includes 13 food/beer tastings. Enjoy Scotch eggs from a Michelin-star chef, traditional Czech dumplings, braised beef and, of course, some of the best beer in the world.

Travel to Dresden, a vibrant, modern city that was essentially flattened by Allied bombing in 1945. Though these horrific events remain contentious for obvious reasons and have not been forgotten, modern Dresden continues to make strides and the group will visit the famous sights in the city's old town, including 'Blue Wonder', an iconic bridge built in the 19th century that was just saved from being destroyed during the war. Take a guided tour relating to the fall of the Berlin Wall and visit the Military History Museum to contextualise Dresden's history, and perhaps take an optional Dresden Trabi tour in trabant cars, East German-produced vehicles that are considered symbols of the era of a divided Germany. Enjoy a free evening in Dresden.

Travel back to Berlin from Dresden (approximately 2.5 hours). Today the group will visit the Berlin Wall Memorial for a guided tour, located in the middle of the Berlin. This is a truly moving experience, a preserved reminder of what humanity is capable of, and it's hard to comprehend that this kind of physical division was ever possible. The tour includes visit to the DDR Museum, which provides an immersive experience of everyday life in former East Germany and covers topics including the Wall, the Stasi and how the division affected civilians just 40 years ago.

Today marks the 30th anniversary of the fall of the Berlin Wall. There are plenty of official events and celebrations taking place all over the city and your leader will be able to provide detailed information on what's going on and suggestions of events worth seeing. As it's the final evening of the trip, tonight you'll enjoy a final group dinner to say farewell and reflect on not only this trip, but also the events that have taken place in this city over the past 70 years.

Your trip comes to an end after breakfast this morning. You're free to depart at any point in the morning, though we do, of course, recommend exploring Berlin and Germany further if you have the time. 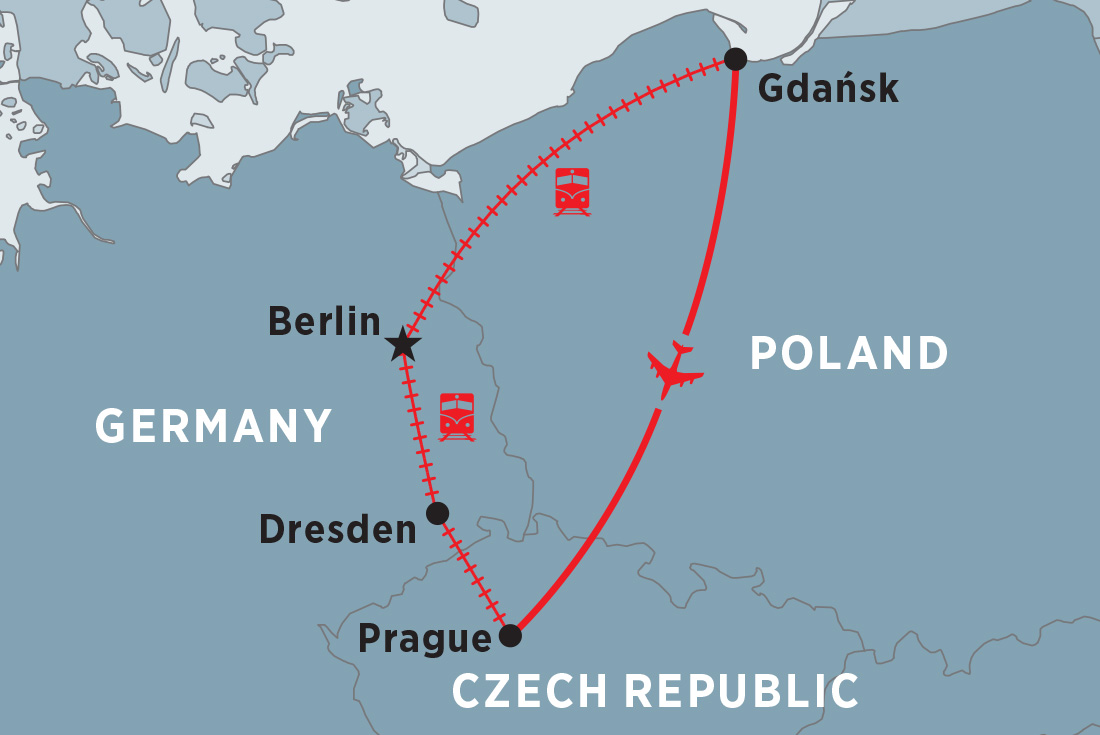