Discover six types of lemur including the ring-tailed and verraux sifaka.. Stroll the paths of Berenty Reserve on your own and delight in the discovery of the fascinating wildlife.. Enjoy a two-night stay in the Berenty Lodge in comfortable, authentic accommodation.. Spend a night overlooking the Indian Ocean in the former French colony of Fort Dauphin in your feature stay property

Explore the famous Berenty Reserve on this independent experience and get to know its famous long-tailed residents. Beginning and ending in Antananarivo, this adventure will have you loving and learning everything lemur before a final evening spent overlooking the Indian Ocean in the coastal city of Fort Dauphin. 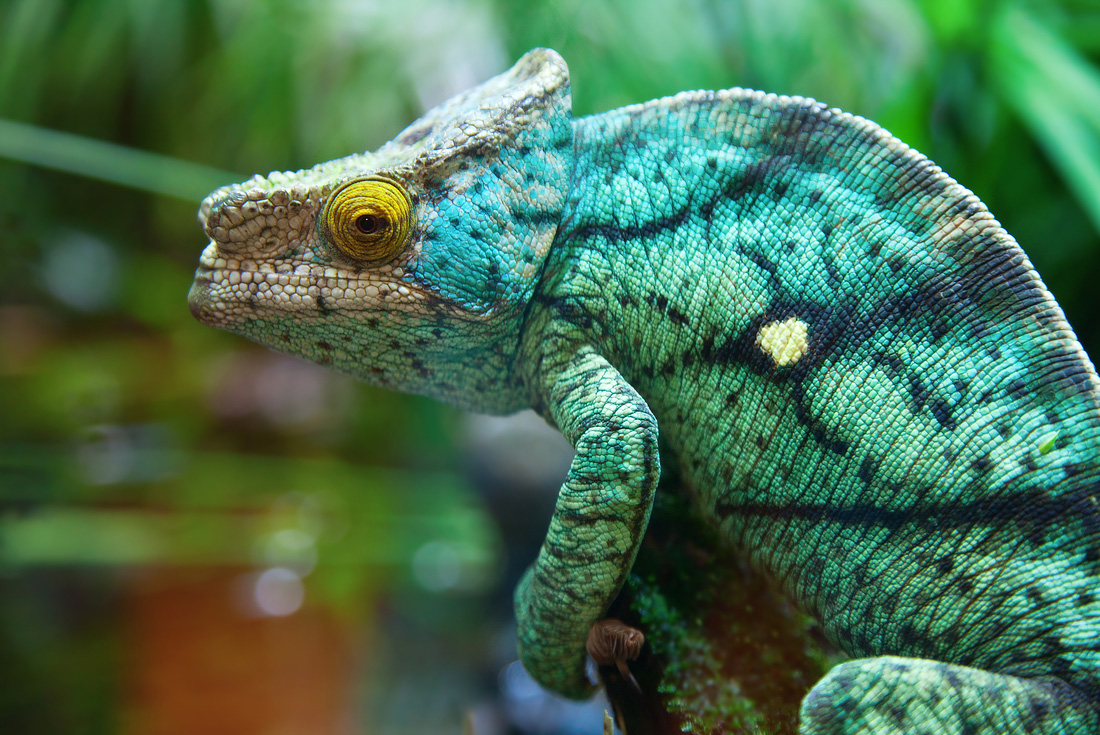 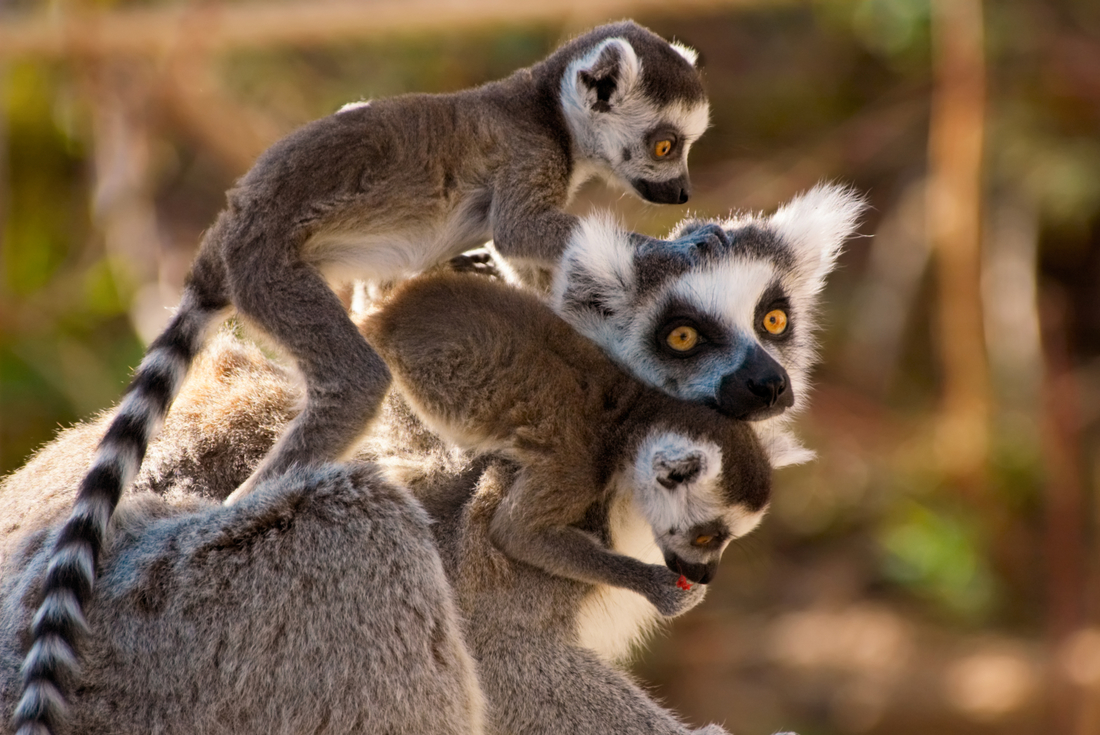 Arrive in Antananarivo, Madagascar's capital, where your Independent Adventure kicks off. A complementary transfer is included and if you arrive earlier in the day, take some time to become acquainted with the city and its cobbled streets, wooden houses and impressive churches. Perhaps visit Ambohimanga, the World Heritage-listed hill above town, which is home to the royal city and described by UNESCO as 'most significant symbol of the cultural identity of the people of Madagascar.' Afterwards, visit the permanent Analakely Street market or seek out one of the many quality restaurants to dine in. Please ask the hotel reception for your itinerary, which will advise you of all the details needed for your Berentry Reserve adventure starting tomorrow.

You'll be met this morning by a Peregrine representative and transferred to Antananarivo's domestic airport for a one-hour flight to Fort Dauphin. Look for your transfer representative on arrival, then make the journey to Berenty Reserve (approximately three hours). This small, private reserve is one of the island's most well-known, and is also one of the gallery forests to be found in Madagascar. Since its foundation in 1936 courtesy of the Heaulme family, it's been designed to protect lemurs and their natural environment and since opening to the public in 1981, it's gained international fame. Not only is it a reference site for scientists, it's also visited many travellers who are curious about the area's diversity when it comes to both animals and plants. Check into the lodge on arrival and have a poke around the reserve and its facilities, then enjoy dinner at the lodge in the evening.

This morning you'll take a guided tour of the reserve and meet ring-tailed lemurs and verreaux sifakas, as well as some red-fronted brown lemurs that were introduced to Berenty. Want some fun facts to impress your travel buddies? Of course you do, so here's two: the ring-tailed lemur's tail is longer than its body, and the males put smells from their glands on their tail then wave it at rivals. It's called stink fighting, and we're glad humans don't do it. They also have two tongues (lemurs, not humans). Continue the tour as day turns to dusk, keeping an eye out for the white-footed sportive lemur, the grey mouse lemur and the reddish-grey mouse lemur. As you walk through the reserve throughout the day you'll also have an opportunity to see some of the 103 bird species as well as various chameleon species, lizards and the endangered radiated and spider tortoises.

After breakfast there'll be some time to discover more of the reserve, or perhaps visit the Arembelo Museum of Art and Tradition, which provides information on the local Tandroy people as well as exhibits to do with the local ecology. You'll be collected from the lodge mid morning and transferred to Fort Dauphin, also known as Tolanaro. This modern city sits in an idyllic location on a peninsula stretching out into the Indian Ocean. Check into the hotel on arrival and spend the evening either relaxing or heading out to explore town, which was first settled by the Portuguese and later by the French. There are some fantastic seafood restaurants, though no-one will blame you for kicking back, dining at the hotel and taking advantage of the ocean views from your poolside deck chair.

After breakfast you'll be collected and taken to the airport for a domestic flight to Antananarivo Airport. On arrival transfer to your hotel. Perhaps this afternoon explore the Analakely Market, a colourful and lively market a local Malagasy  market that sells everything from curtains to food. It’s a great way to experience and immerse yourself in Malagasy culture. As the sun sets maybe enjoy a cool three horse beer.

Your adventure ends today after breakfast. There are no activities planned for the final day. A complimentary departure transfer is included in this tour. 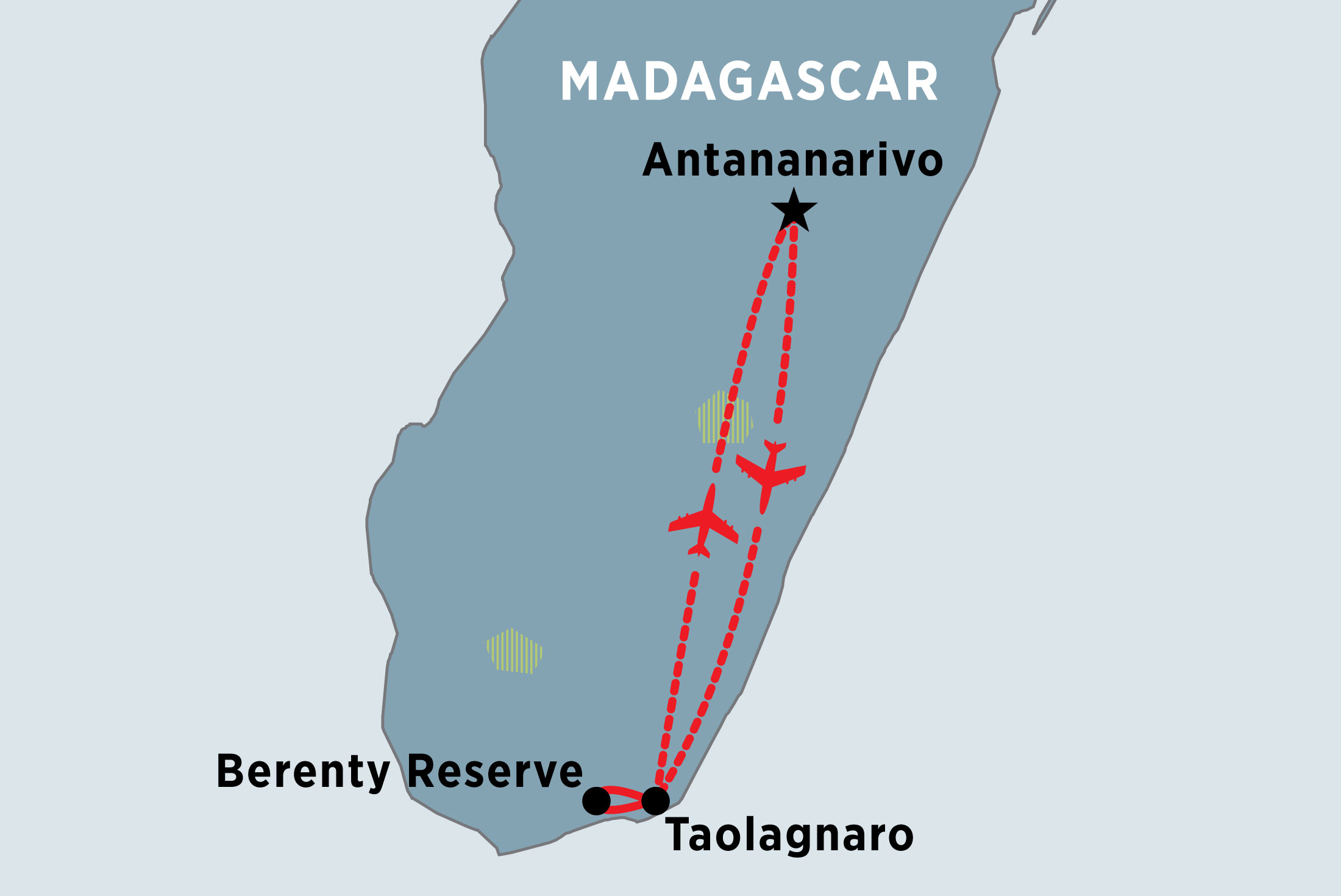