Strap on your helmet and take a charming bike ride through the island of Aegina. Stop by a pistachio farm to enjoy a tasting and seek out some speciality pistachio sweets.. Cook up a storm with a local cook in Poros – an island renowned for its lamb and olive groves. Learn to prepare some classic regional dishes, then feast on your creations over dinner.. Sip ouzo at a family-owned distillery for a taste of this iconic Greek aperitif. Recipes are often closely guarded secrets, and this family have been producing theirs for more than a hundred years.. Get to the source of Kalamata olive production on a tour of the rugged Mani region. Meet some of the passionate food producers as you visit olive groves and a traditional olive mill, before enjoying a tasting.

Uncover a world of ancient treasures and authentic food on this indulgent adventure through 4000 years of culinary culture. From the pistachio farms and fish markets of the Saronic Islands to the olive groves and rugged coastline of the Peloponnese region, meet passionate cooks and local producers as you explore the diverse flavours and faces of Greece. Beginning in the historic hub of Athens, cycle through the charming island of Aegina, cook up a storm in a local kitchen in Poros, relax on the beaches of Kardamyli and marvel at the legacy of ancient Greece at the Theatre of Epidaurus and Mycenae’s Treasury of Atreus. With a hearty serving of breathtaking sites and mouth-watering bites, savour iconic Greek flavours from ouzo to olive oil on a real food adventure that’s sure to spoil your senses. 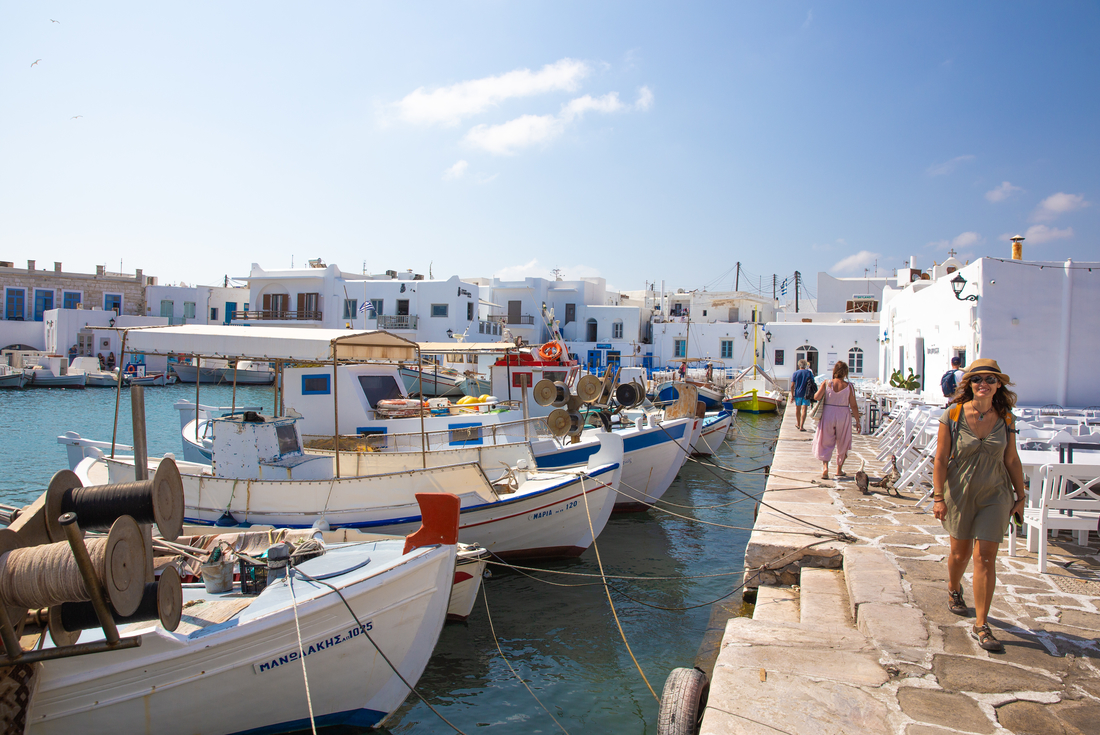 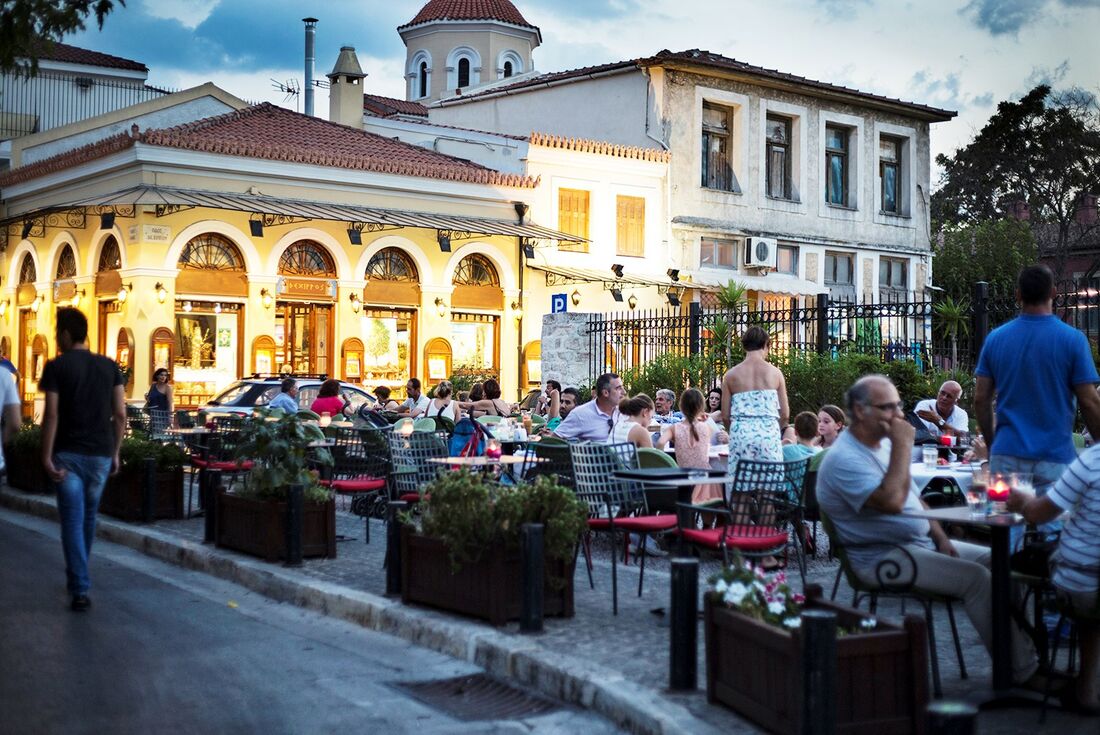 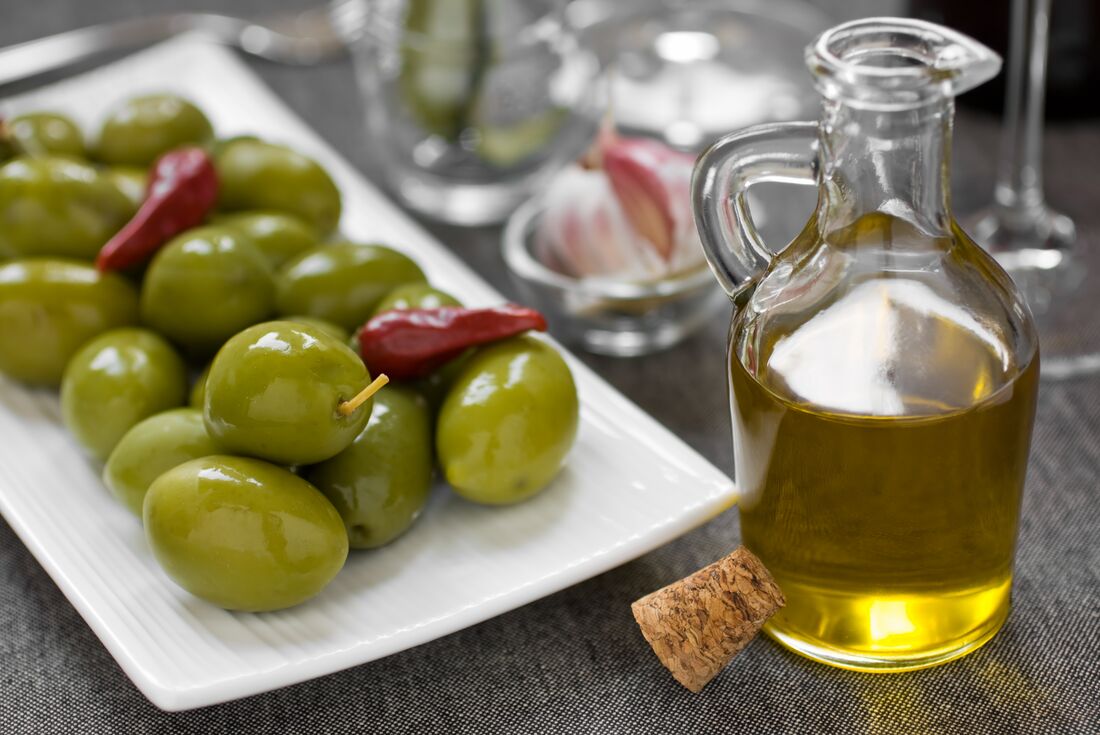 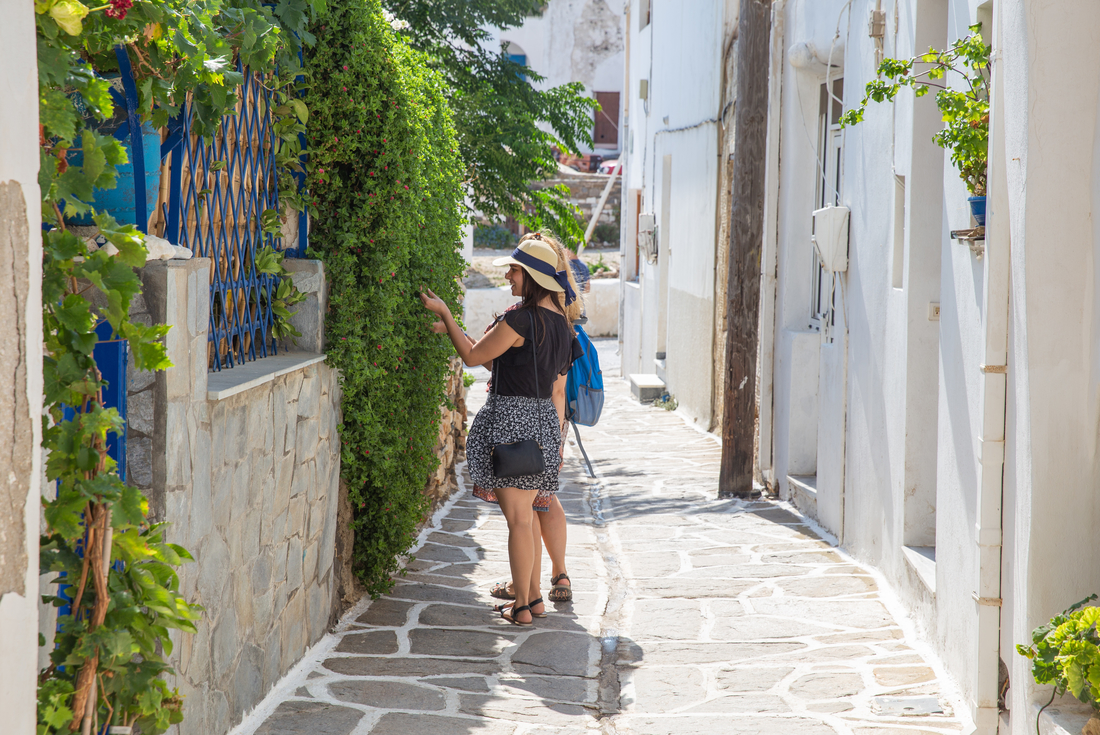 Yiasou! Welcome to Athens, the capital of Greece. Your adventure begins with a welcome meeting at 6 pm. If you arrive early, be sure to explore some of the ancient sites for which the city is famous, including the Acropolis, the Temple of Olympian Zeus and the Tomb of the Unknown Soldier. Greece is home to a culinary culture that is thought to be more than 4000 years old. While wheat, olives and wine are considered seminal, Greek food is equally renowned for vibrant Mediterranean vegetables, liberal use of herbs such as dill and mint, succulent lamb, locally caught seafood, and syrup-soaked sweets. Greece is credited with spreading ancient culinary traditions well beyond its borders and, in turn, its cuisine reflects Ottoman influences through Arabic, Persian and Turkish-tinged flavours. While many dishes require patience and time to prepare, Greek food celebrates a rustic simplicity, and it is most likely this quality which has made it one of the world's best-loved cuisines. After your meeting, celebrate the start of your foodie odyssey with a feast of mezethes, an array of small plates typically accompanied by a glass of wine or ouzo, in a rustic taverna.

This morning, take the city train to Piraeus port and travel by ferry to the island of Aegina, your first stop in the Saronic Gulf. The ferry ride takes approximately 40 minutes. After checking in at your hotel, strap on your helmet and take a charming bike ride to visit a pistachio farm. It’s thought that pistachio trees were first planted on the island in the 19th century, brought to Aegina via Syria, and the Greek island of Chios. Enjoy a sample from the farm and be sure to seek out fistikato or fistiki Aeginis glyko, specialty pistachio sweets of Aegina. The late afternoon and evening are free for your own exploration. Your leader will have some excellent local suggestions come dinnertime.

After breakfast, stroll down and check out the catch of the day at the open fish markets by the port. Perhaps also stop past the island's most famous pastry shop to pick up some pistachio goodies to take with you. Next, board another ferry bound for Poros, a small Greek island renowned for lamb, olive groves and charming white houses with terracotta roofs. Take part in an evening cooking class with a local chef and learn to prepare some classic regional dishes, then feast on your creations over dinner.

Take a day trip to Hydra Island, a quintessential Greek getaway. Hydra is truly the gem of the Saronic Gulf and stands alone among Greek islands as the one free of wheeled vehicles – no cars, no scooters – just tiny marble-cobbled lanes, donkeys, rocks and sea. There are no land vehicles here, not even pushbikes, so put your walking shoes on and get acquainted with the locals with a spot of people watching and enjoy this one of a kind, Greek Island. Enjoy a delicious lunch of spit-roast lamb then relax with a stroll along the marina, before returning to Poros in the evening.

Take a private vehicle from Poros to Nafplio. Along the way, travel to the ancient site of Epidaurus. Named after Epidauro, the son of Apollo, the UNESCO World Heritage site of Epidaurus comprises the remains of the Sanctuary of Asklepios (the ancient god of medicine) as well as one of the best-preserved theatres of ancient Greece. The site was built to celebrate the power of the healing gods of the Hellenic and Roman worlds, with some structures dating back as far as the 6th-century BC. Next head to Mycenae to visit the Treasury of Atreus, also called Tomb of Agamemnon – believed to have been erected in the period between 1350 to 1250 BC, this is one of nine intriguing beehive structures unearthed in this area. Arrive in Nafplio by late afternoon.

Continue to the seaside town of Kardamyli by private vehicle (approximately 4 hours). Stop in Kalamata for a short walking tour and market visit with food tasting and free time for lunch. Arrive in Kardamylil by early afternoon. Located in the rugged coastal region of the Mani Peninsula, south of Kalamata, this stunning village is set against a beautiful backdrop of the open ocean, cypress trees, wild olive groves, and distant snow-capped mountains. The afternoon is free for you to explore. Pack some hiking shoes and walk one of the town's seaside trails or venture out to the nearby Diros caves (approximately 1 hour from Kardamyli). Comprising of more than 2800 passageways, it’s believed that this complex of caves was occupied from around 4000-3000BC. The excursion takes around 40 minutes on a boat, travelling over a 2.5 kilometre (1.6 miles) through passages and underground galleries laden with stalagmites and stalactites. In the evening, settle back into your accommodation and enjoy a glass of retsina while watching the sun set over the Messenian Gulf.

Take a day trip to meet some of the passionate food producers of the Mani Peninsula. Visit olive groves and a traditional old-fashioned olive mill, where an introduction to olive oil making takes place. Enjoy a tasting with a delicious side of bread, paximadi (rusks) and whole olives. Afterwards, visit an apiary and learn about the craft of beekeeping from the local keepers then taste honey fresh from the hive. Finish at a traditional kafenio (coffee shop) to indulge in a typical Greek dessert, galaktoboureko, accompanied by a revitalising Greek coffee before returning to Kardamyli for the night. As this adventure comes to a close tomorrow, enjoy one final Greek feast with your new friends.

Your Real Food Adventure concludes on arrival at Kifisos Bus Station in Athens at approximately 3:30pm. We recommend that onward flights be booked no earlier than 8pm. To reach Athens International Airport from Kifisos Bus Station, you can take a taxi (approximately 40 minutes, EUR 40-45) or the Airport Express Bus (route X93), which departs from Kifisos Bus Station every 30-40 minutes (approximately 1 hour, EUR 6). Tickets can be purchased from the bus driver. If you wish to extend your Greek adventure, why not enjoy a spot of island-hopping from Athens to the idyllic Santorini. Check out our Athens to Santorini (ZMSE) trip for more details.