Fiesta the night away in Mexico City and get into the true spirit of this haunting ceremonial festival.. Get the low-down on all of the traditions and rituals of the Day of the Dead festival, including taking part in making your own traditional altar offering.. Get a taste of local art with a visit to the Frida Kahlo Museum in the Coyoacan neighbourhood. Check out the works in her former home, with her art often focused on the notion of death.. Explore the historic town of Tepoztlan – a mecca for artists and mystics, with a magical feel in the air. Tour the ancient city and ruins, and climb to the top of the Tepozteco pyramid.

Feel the mystical vibes of the weird and wonderful Dia de los Muertos, or the annual Day of the Dead festival, on a five-day cultural exploration of Mexico City. Visit the museums of Frida Kahlo and Diego Rivera and learn all about their fascination with death, wander about the sacred indigenous site of Tepoztlan, participate in a traditional Day of the Dead ceremony and see elaborate altars dedicated to the deceased. This festival is all about rituals, so dive straight in to the spooky and sacrilegious ceremonies that has made this tradition so infamous. Oh, and Mexico City’s tacos will make you feel you’ve died and gone to heaven, too. 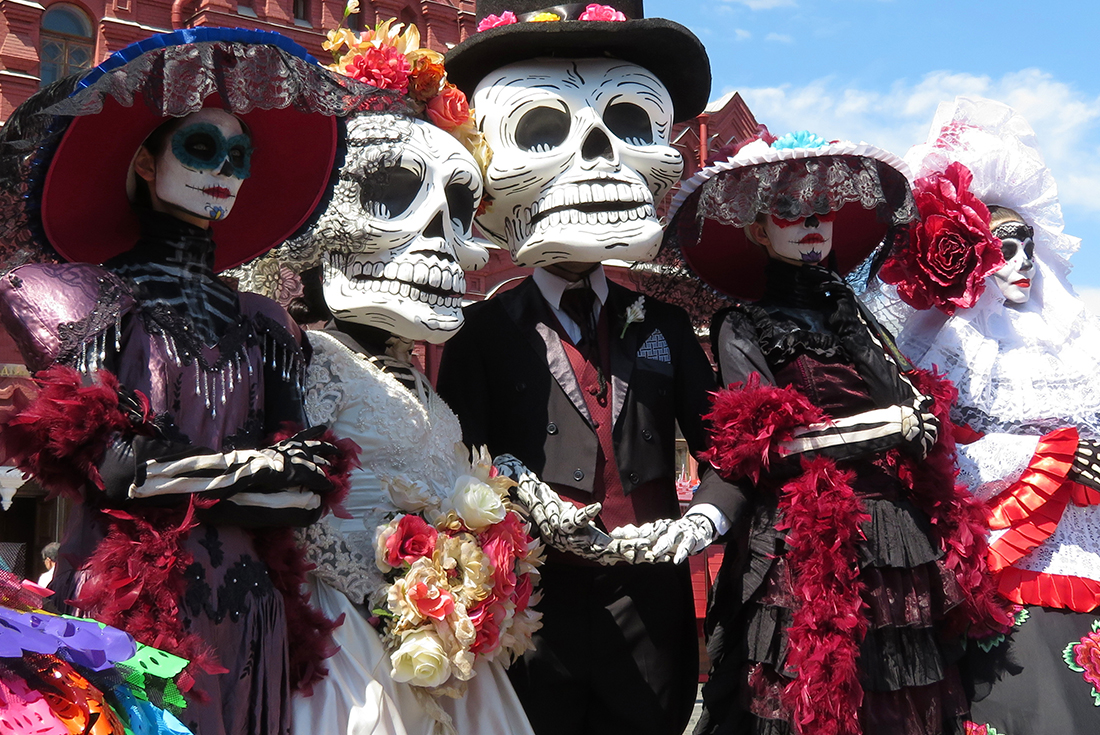 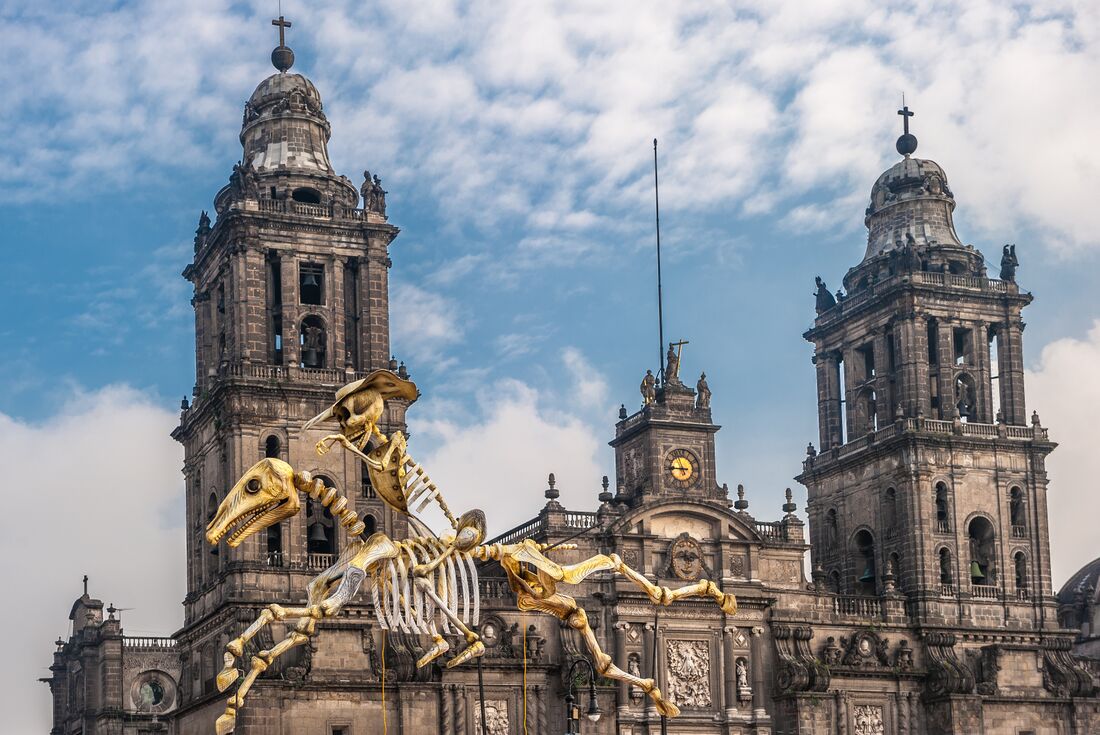 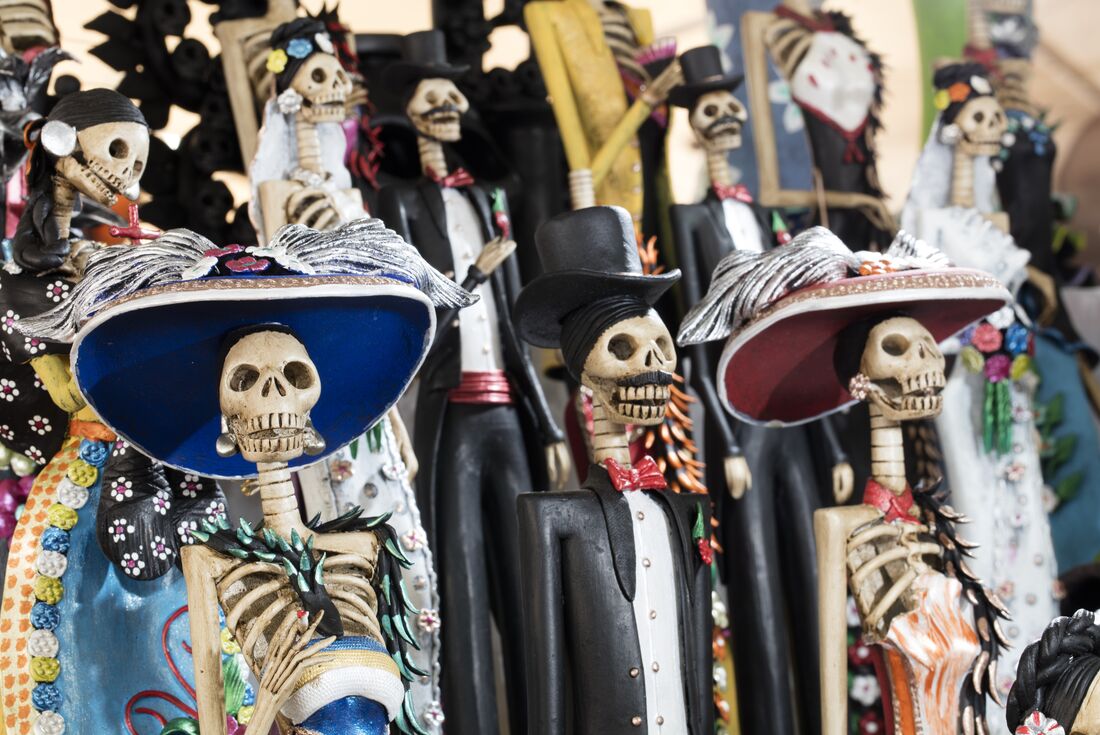 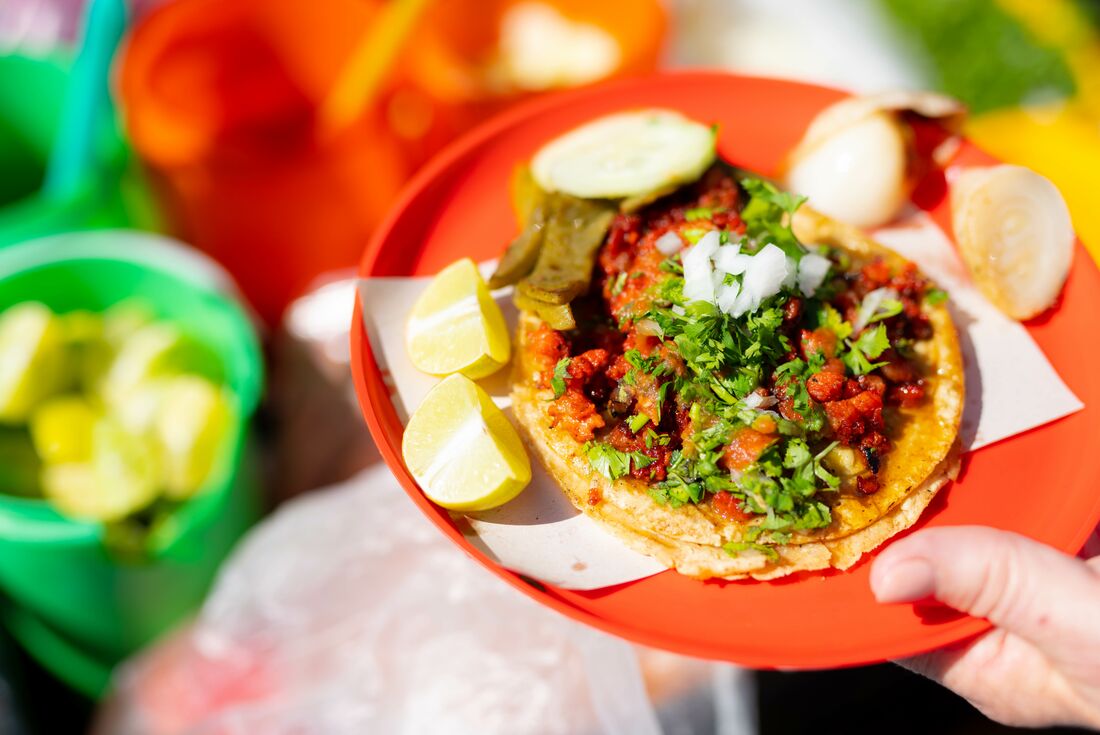 Bienvenidos a Mexico! Welcome to Mexico! Your adventure begins with a welcome meeting at 6 pm tonight. Modern meets ancient in Mexico City – one of the world's largest urban centres. Although crowded and smoggy, Mexico City offers a great variety of impressive museums, galleries and architecture, along with exciting nightlife and delicious street food. If you arrive early, head to the Zocalo – the city's huge central square – to see Aztec ruins and colonial architecture or relax in one of the many parks, plazas and gardens. After your important meeting, why not head out and see this city in full swing – street tacos, anyone? You’ll already have noticed a mystical feeling in the air, so keep an eye out for any Day of the Dead decorations you can spot around town.

Set out on a walking tour of Mexico City’s historic centre, walking past the Zocalo, Metropolitan Cathedral, Templo Mayor and Palacio de Bellas Artes. You’ll also swing by Mercado San Juan, where you might want to buy yourself some lunch. The afternoon is then free to explore on your own, or perhaps take an optional trip to Xochimilco (approximately 28 km away) to visit the Doll's Island. Doll's Island, or Isla de las Munecas, is dedicated to the lost soul of a poor girl who drowned in mysterious circumstances. This small island is home to hundreds of dolls – many of them with severed limbs, decapitated heads and black eyes – who are said to be possessed by the girl's spirit. Local legends say that the dolls move their heads and arms and have even been known to open their eyes! In the evening, return to Mexico City to join in some street festivities and feel the deathly vibes of Dia de los Muertos (Day of the Dead).

Today you'll visit the Anahuacalli Museum before a leader-led tour of the leafy Coyoacan suburb, which will include a visit to the Frida Kahlo Museum. Built of black volcanic stone, Museum Anahuacalli was established by Frida Kahlo's husband, Diego Rivera, to display his extensive collection of nearly 60,000 pre-Hispanic pieces spanning nearly every indigenous civilisation in Mexico’s history. Both Diego and Frida were obsessed with death, which can be seen throughout their art. The Frida Kahlo Museum, located in the house she lived throughout her life, contains a collection of her work, as well as artefacts, photographs, and personal items. Afterwards, there will also be free time to explore the Coyoacan market. Later on, head out with your crew for an optional evening of dinner and drinks in any one of Mexico City's hippest neighbourhoods.

Rise and shine bright and early and travel about 80 kilometres by private vehicle to Tepoztlan. This ancient Aztec city is considered to be the birthplace of the Mesoamerican god, Quetzalcoatl, making it an important indigenous site. The town itself has a well-preserved historic centre and is surrounded by soaring cliffs, on the top of which is the Tepozteco pyramid. Many people still feel a kind of magic or energy about the town, making it a mecca for artists and mystics. Tour the ruins with a local guide and take a one-hour walk to the pyramid. As the climb can be quite challenging, you can choose to stay and spend more time exploring Tepoztlan instead, if you’d like. In the afternoon, get hands-on by creating your own traditional altar for Day of the Dead and then participate in the ceremony that follows. As part of the Day of the Dead, people organise ceremonies at the cemetery for those not physically with them any longer and commemorate the lives of people passed over.

Your immersion in Mexico's Day of the Dead festival ends after breakfast this morning. That doesn’t mean your Mexican adventure has to come to an end! If you would like to spend more time in Mexico City, we’ll be happy to book additional accommodation for you (subject to availability).