Christmas in Israel and the Palestinian Territories

Christmas in Israel and the Palestinian Territories

Experience the joys of Christmas in Bethlehem – Christmas dinner with the locals, Midnight Mass in Manger Square, and the musical Shepherd’s Nights Festival. Explore the famed religious towns of Jericho, Bethlehem and Nazareth. Hike along the Nativity Trail, retracing part of Mary and Joseph’s legendary trek to Bethlehem and stroll the alleys and lanes of old Jaffa.. Head down to the famous Dead Sea for an effortless float in its salty blue waters. Contrast the reverent atmosphere of Jerusalem with a very different Israeli city – modern, cosmopolitan, hedonistic Tel Aviv

Enjoy a Christmas like no other on this festive adventure in Israel and the Palestinian Territories. The Holy Land is a thing of legend no matter where you’re from, how old you are or when you visit, but at Christmas this sacred destination lights up with an atmosphere that could only be described as magical. As well as exploring the Christmas markets, spend Christmas Eve and Christmas Day in the place Jesus entered the world in Bethlehem, with Midnight Mass, a candle procession and Christmas dinner with locals. Travel to Nazareth and hike part of the Nativity Trail, one of the most famous journeys of the Bible; visit the spot where steadfast Jews held out on Massada’s rugged outcrop; swim in the Dead Sea; and, finally, immerse yourself in the everyday buzz of Tel Aviv. Rich in history, packed with celebration and steeped in the lore of many faiths, this Israel and Palestinian Territories adventure offers something special for all kinds of travellers. 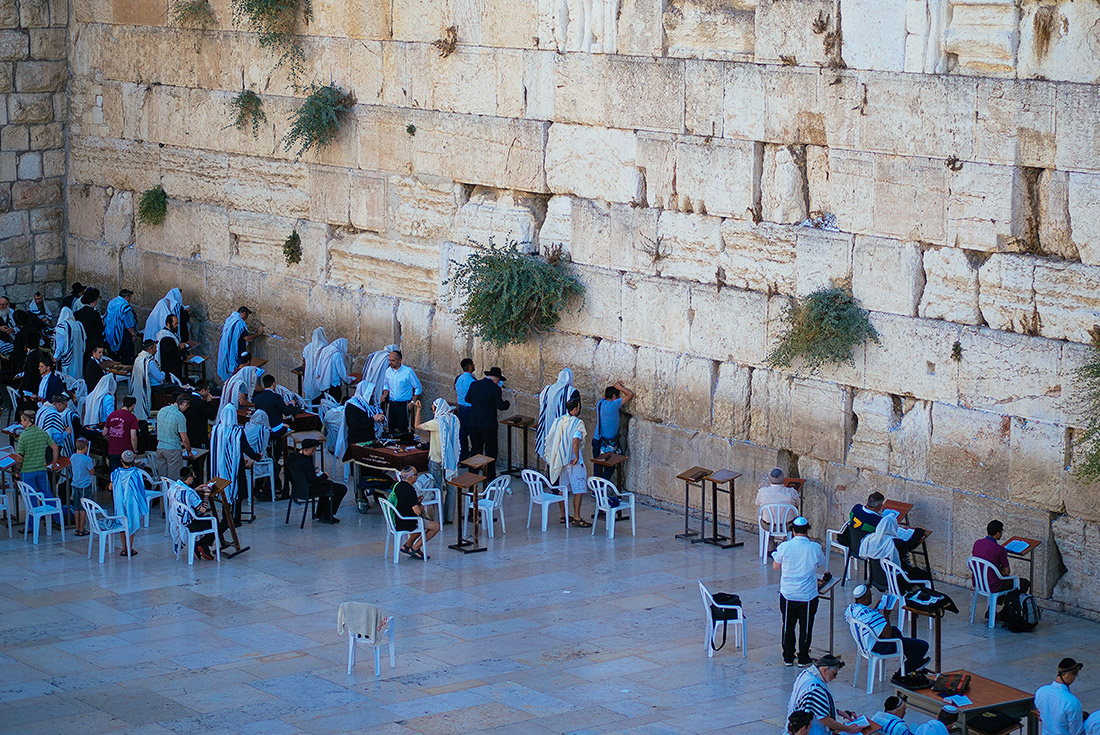 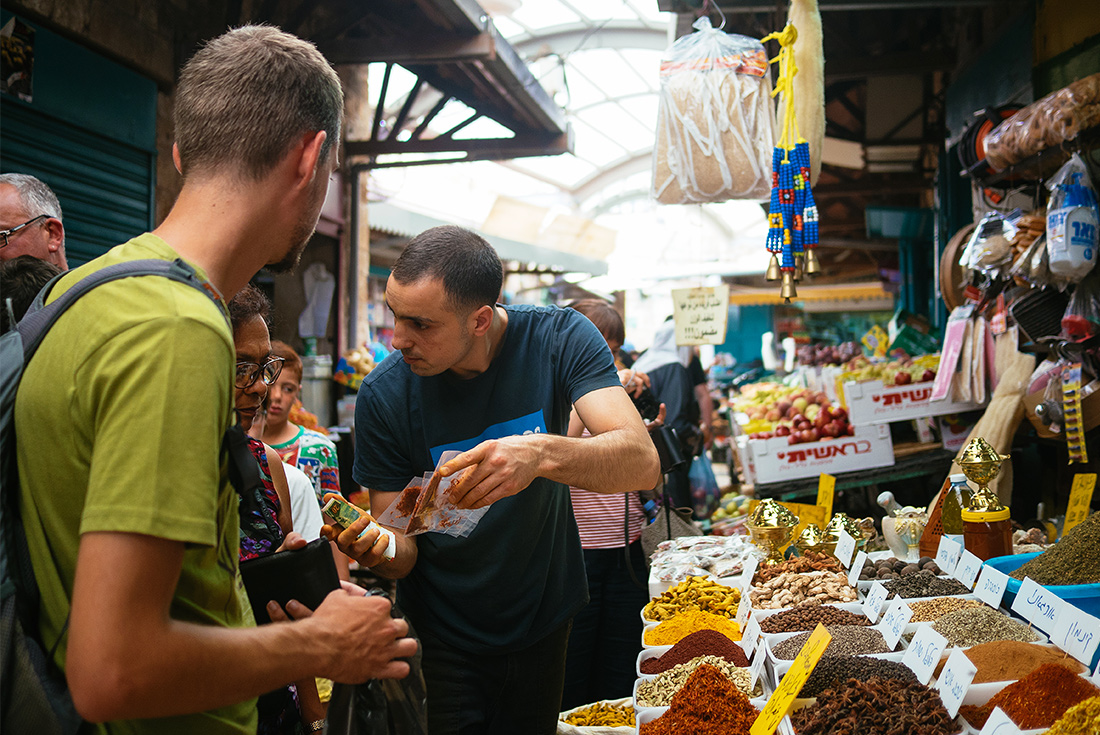 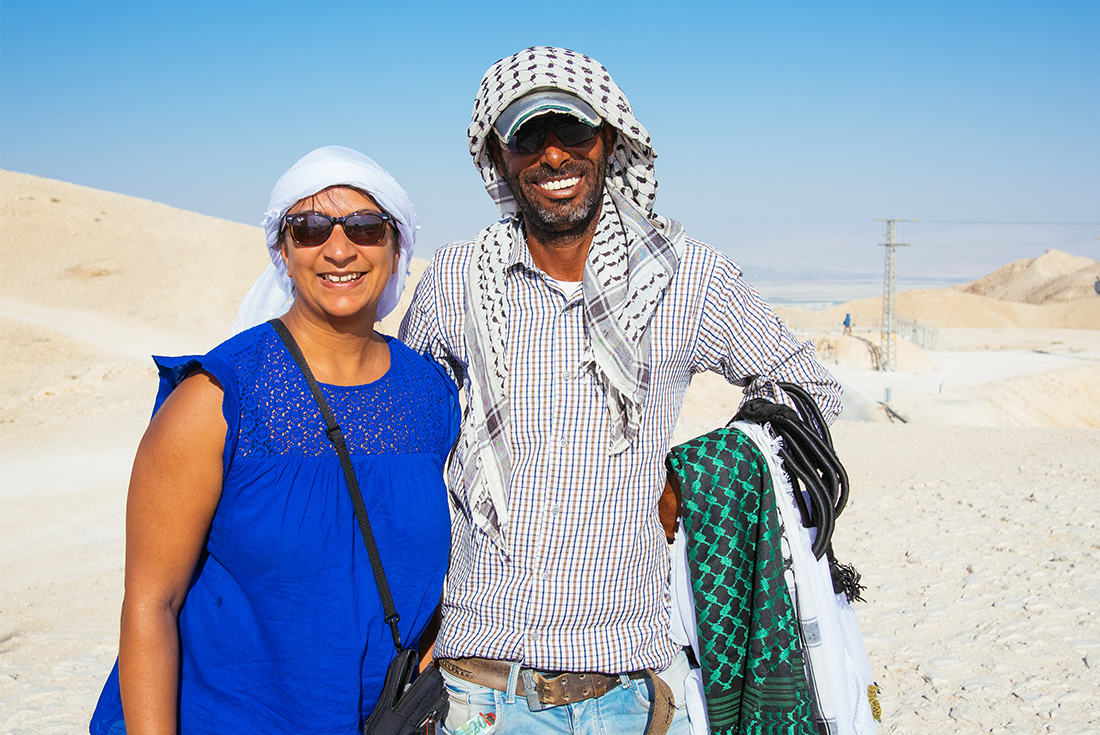 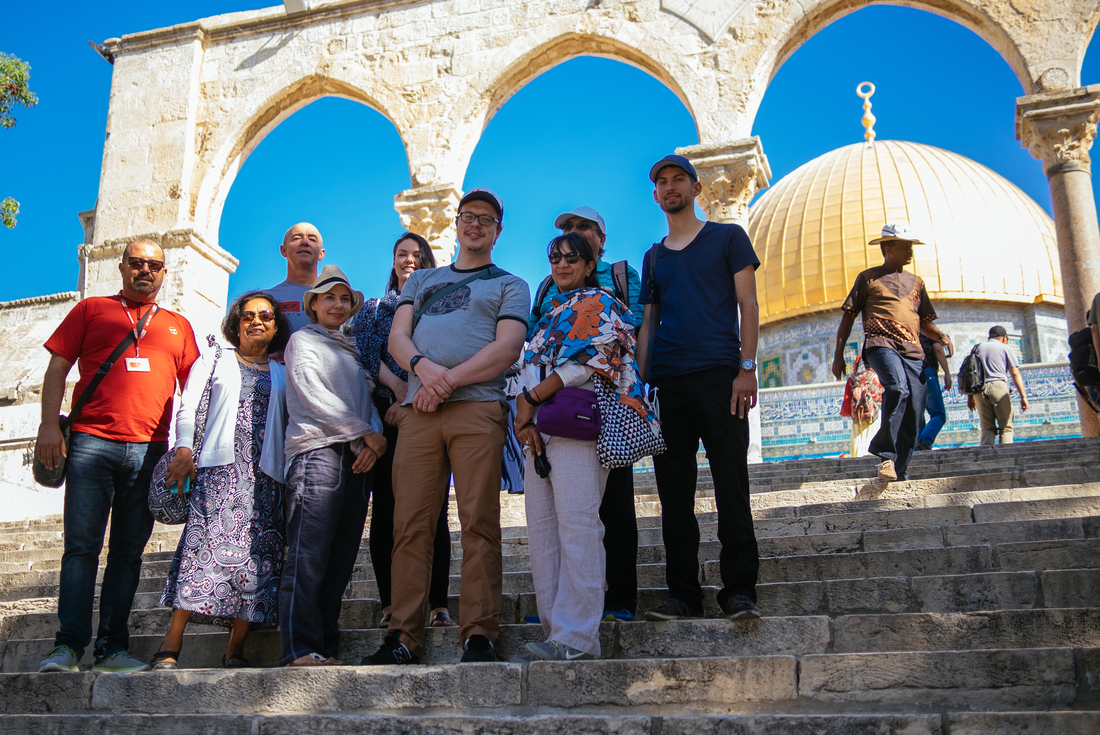 Your Christmas adventure kicks off at 1 pm today in the cosmopolitan city of Tel Aviv. With its lively cafe culture, relaxed Mediterranean beach scene and renowned nightlife, it's the perfect place to celebrate the start of the festive season. This afternoon we head out to explore Jaffa. This ancient city is said to have existed on the shores of the Mediterranean for over 4000 years, and its port is thought to have been the point at which Jonah departed from in the story of Jonah and the Whale. We visit the Church of St Peters and the old Jaffa Flea Market, and stroll through the little alleyways and streets, many of which are richly decorated for the festive season. Check out artists galleries and studios, boutiques and craft shops, all with Christmas gift ideas. There may even be some local street music to get you in the mood. In the evening, enjoy some dinner with your fellow travellers.

It's time to celebrate Christmas in the ultimate location – the birthplace of Jesus himself. After an early  breakfast, we journey 1.5 hours to the Bethlehem and join pilgrims for the annual Christmas scouts' march through the city, their drums and bagpipes resonating through the streets as they guide the Latin Patriarch of Jerusalem (His Beatitude Fouad Twal) on his journey from Jerusalem to the Church of Nativity. His entry to the city officially marks the Christmas celebrations. In the afternoon, enjoy free time to soak up the atmosphere before this evening's Christmas dinner. Rejoin the crowd in Manger Square later in the evening for that famous Christmas custom – Midnight Mass – which you'll view on the giant screens in the square. If you have pre-booked your tickets, there's the opportunity to attend Mass in the Church of Nativity for a next-level experience.

Merry Christmas! Ease into the day with some free time. Later in the morning you'll travel the short distance to Battir Village, one of the most beautiful places in the West Bank. Explore The Old Town – Seven Widows Quarter – which gained its name from the seven widows that lived there simultaneously. After a local lunch, take a short hike throughout the fertile valley. In the afternoon, it's off to join in the concerts of the Shepherd’s Nights Festival in the Old City of Beit Sahour, with a Candle March from the Orthodox Shepherds’ Field to Souk el Shaab and then to the Old City of Beit Sahour. As evening approaches, return to Bethlehem.

Departing early in the morning, drive (approximately 45 minutes) to the ancient crusader port of Akko (aka Acre). Here you’ll visit the vast complex of buildings occupied by the Knights of St John (Knights Hospitaller), excavated to uncover a large hall, a dungeon, a dining room and the crypt of an ancient Gothic church. Also check out the secret tunnel of their rivals, the Knights Templar – an underground passage between their fortresses. Continue to Rosh Hanikra and ride the cable car up the cliff face to see the stunning grottoes there. These incredible caves are located at the farthest point north on Israel’s Mediterranean coastline, on the border of Lebanon, where the sea meets the cliffs.  In the evening, enjoy a local cooking class and included dinner, staying overnight in Nazareth.

Today we explore the ancient city of  Sepphoris, often referred to as the forgotten city.  Located just 6.5 km from Nazareth it was the capital of Gaillee, and whilst not mentioned in the New Testament is it often of particular interest for Christians and according to tradition the original home of Mary's parents,Joachim and Anne (or Anna), was at Sepphoris. During the 12th century the Crusaders built a huge Church of St Anna, possibly on the site of their home. Excavations have revealed a cosmopolitan city including a Roman theater built into the eastern side of the hill that held over 4,000 people.  Also known as the Mosaic City, some of the best mosaics in all of Israel are in Sepphoris. Keep your eye out for the Nile Mosaic, depicting Nile Festivities. Later, travel to the western shores of the Sea of Galilee today and Tiberias – established all the way back in AD 20 – before returning to Nazareth in the evening.

Visit the Church of the Annunciation, where Mary received the news of the Immaculate Conception, along with the well where she drew water every day. Travel via the Jordon Valley to Jerusalem. Stop at The Mount of Temptation, which has a gravity-defying monastery clinging to its sheer face, before swinging by Jericho, to visit Hisham’s Palace. The old hunting lodge has one of the most beautiful and elaborately decorated mosaic floors in the world. Continue to the Mount of Olives that looks over Jerusalem’s Old City and visit the Garden of Gethsemane, most famous as the place where Jesus prayed and his disciples slept the night before Jesus' crucifixion. Arrive in Jerusalem, a city steeped in spirituality and legend; a rich tapestry of the many cultures, religions and nationalities that call it home, be they Palestinian Muslims & Christians, Sephardic Jews, Ashkenazi Jews, Armenian Christians, Ethiopian Copts or Greek Orthodox monks. We spend the nights of days 6, 7 and 8 in the Holy City.

Drive out to the spectacular clifftop fortress of Masada this morning. Stop en route at the 6th-century cliffside Monastery of St George of Koziba in the desert (Deir El Qelt) and see the massive church built into the mountains. In Masada, take a cable car to the fortress built by King Herod around 35 BC. This UNESCO World Heritage site is immensely important to the Jewish people, a symbol of their exile from the Holy Land and of bravery and self-sacrifice. After that, it's off for a swim in the famous Dead Sea – which is really an extremely salty lake, not a sea (and 'dead' only because of the lack of marine life in it!). Enjoy an effortless float in this buoyant body of water and perhaps snap a photo or two. The nutrient-rich mud here is a fun thing to cover yourself in for a photo.  Head back to Jerusalem for the evening. We recommend checking out Machane Yehuda Market; grab a beer in one of the many laneway bars to watch the market come to life in the evening.

Explore the Old City on foot this morning. We will start with the Courtyard of the Dome and the Western Wall – the remains of the Temple Mount, which acts as an outdoor synagogue, where written prayers are slid into the cracks between stones. Continue along the Via Dolorosa starting at St Stephen’s Gate, passing the crusader church of St Anne and the Pool of Bethesda. Located in the Muslim Quarter of Jerusalem, this pool was mentioned in the Gospel of John and associated with healing. Continue along the Way of the Cross (Via Dolorosa) – the 'way of sorrows' which follows Jesus’ path to crucifixion – and stop by the Church of the Holy Sepulchre, built where Jesus is believed to have been crucified, died, buried, and rose again. Sip tea, sample fresh local bread and then walk through the Christian Quarter up to Jaffa Gate for a lunch break. Enjoy some free time this afternoon to explore the Holy City on your own, then perhaps meet up with your group in the evening for an optional farewell dinner.