Everyone’s seen a photo of the Taj Mahal, but nothing compares to seeing it in person in the glowing morning light – you and your family will understand what beauty really is.. Feel the excitement build as you visit Ranthambhore National Park to hopefully catch a glimpse of a Bengal tiger stalking through the jungle.. Experience the moving town that is an Indian train – watch the colourful landscape fly by as the chai wallah walks down the aisle singing about his tea. India is bursting with colour, alive with people, dripping with the powerful smells of spice and incense – you and your family will never forget what you smell, taste and see as you walk through the markets and bazaars

On this trip your family be diving headfirst into India’s heart and experiencing the genuineness of its people, the weight of its history and the incredible diversity across the country. Travel from cities packed with impressive monuments to the welcoming and simple surrounds of rural villages and the wildlife-filled countryside beyond. Hop aboard the moving town that is an Indian train and watch the colourful landscape fly by as the chai wallah walks down the aisle singing about his tea. Go beyond the curries and chow down on street-food specialties, savoury chaats and samosas and enjoy watching your family learn, laugh and live this India adventure. 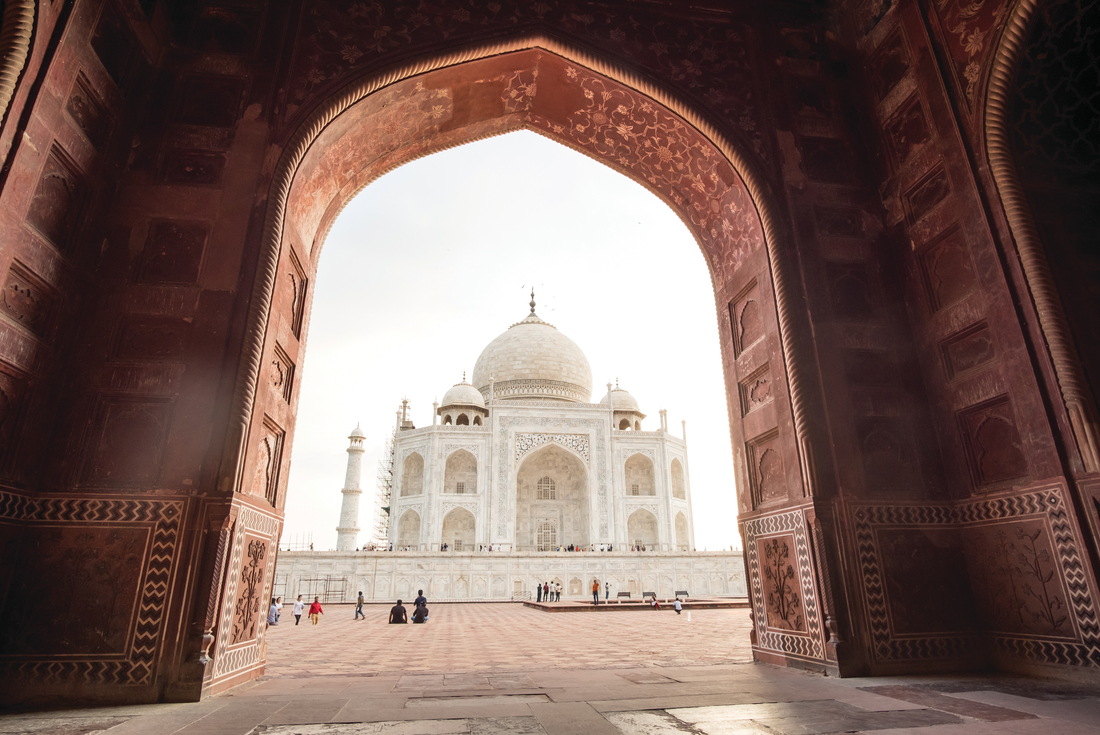 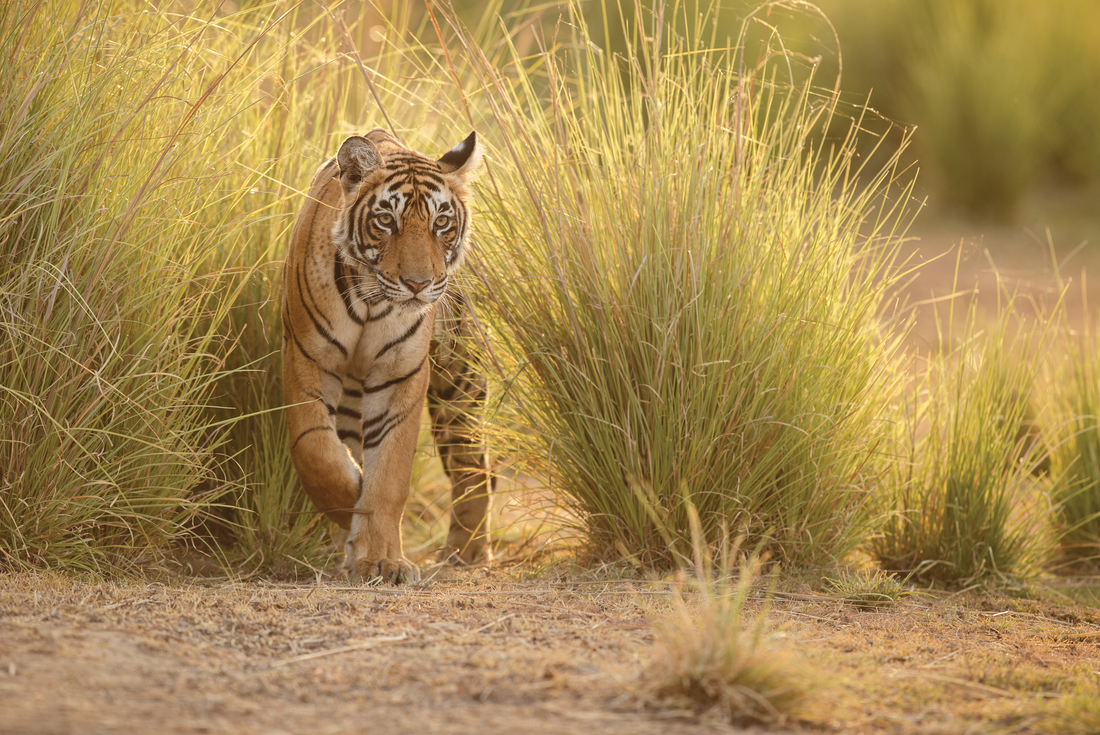 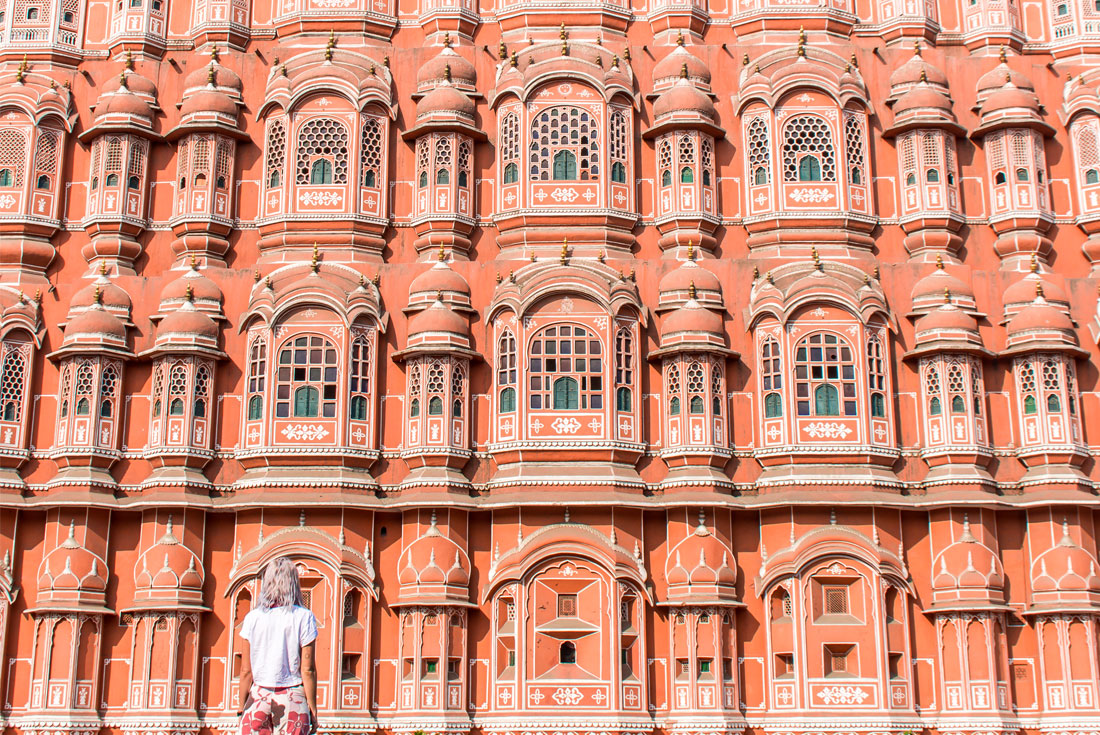 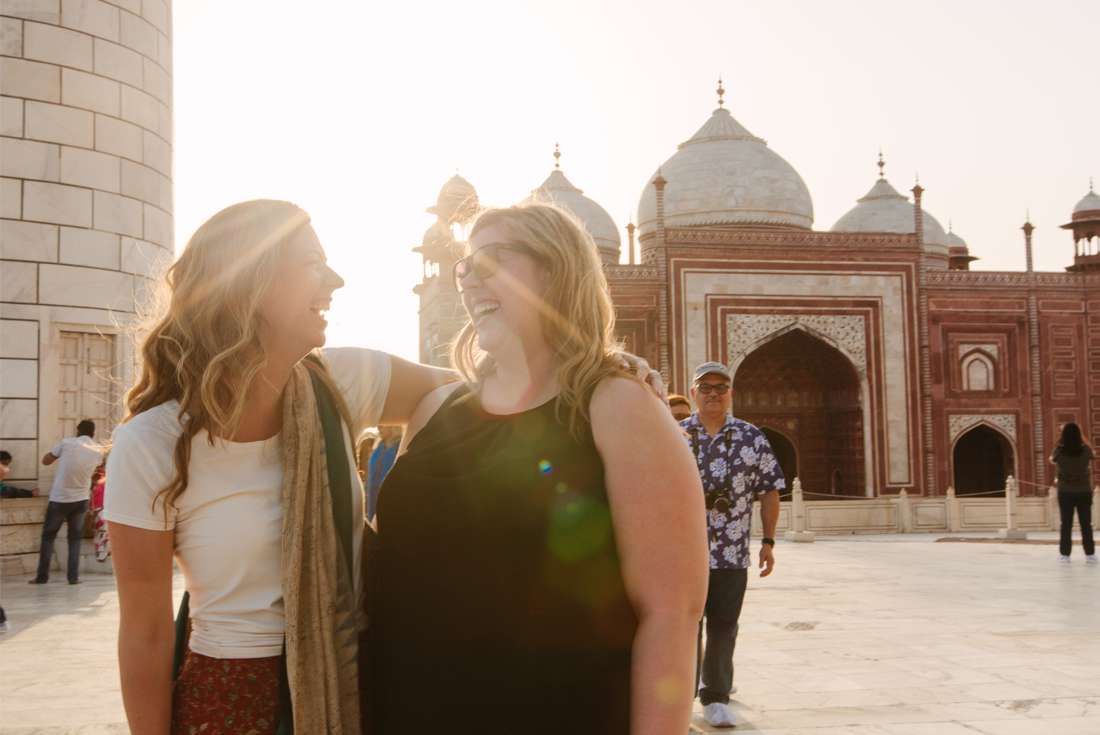 Namaste! Welcome to India. Begin your Indian adventure in the one of the oldest cities in the world, Delhi, a magical city of surprising contrasts. There’s a Welcome Meeting today at 1pm – you can arrive any time before, as there are no activities planned. India's capital is an exciting, busy, and often chaotic city, but it's also one of the most interesting in the world – packed with historical sites, museums and galleries, shops and endless bazaars. After a chance to freshen up and have some lunch, take a guided sightseeing tour to explore the contrasts of Old and New Delhi. In the narrow streets of Old Delhi, everything competes for space – squeeze through the old city’s fortified walls on the way to Jama Masjid. Dominating the city’s skyline, the mosque is a social hub as much as a place of worship, and a fascinating insight into Delhi’s way of life. Go with the flow on a rickshaw (own expense) through the throbbing streets, packed with buses, trucks, people and cows, on the way to the brilliantly coloured Red Fort. Then, leave the crowds behind and breathe a little easier in contrasting New Delhi – broad, tree-lined avenues, and former monuments to British power. Visit the main sights – Parliament House, President House, and India Gate, before returning to the hotel.

Rise early to catch the morning sun and a train to Agra (approximately 3 hours). The city alternated with Delhi as the capital of the Moghul Empire, and it still grips to its glory days, inextricably linked with the most famous of India’s rulers. When you arrive, take some time to relax after the early start until mid-afternoon, before heading out to see the city’s big hitters. Agra’s not just all about the Taj Mahal, it’s also home to one of the finest looking forts in India, a Friday Mosque and royal tombs. Sitting along the banks of the Yamuna River, Agra Fort is part stronghold, part palace and part prison. Built in 1565 by Emperor Akbar, it was converted to a palace by Emperor Shah Jahan, and it eventually became his jail when he lost power. Enter the dark red sandstone fort by crossing the (now empty) crocodile-infested moat. Search through throne rooms and tiny but incredibly decorated mosques, and climb to the top to get your first tantalising glimpse of the Taj across the river.

Ranthambhore National Park is one of the premier national parks of India – a place where nature has reclaimed ancient fortresses and temples, and that is also is teeming with wildlife to spot. You will make a couple of game drives during your stay here, with hopes of getting a sighting of the majestic Bengal tigers that survive among the ruined forts and temples, stalking through the jungle. Game drives take place early in the morning and in late afternoon, as this is when animals are most active. Even if the tigers are being too stealthy, the park is filled with other animals like gazelle, hyenas, sloth bears, crocodiles, jackals, three types of antelope (nilgai, sambar and chital) and leopards to watch out for. Notes: During the hot summer months, Ranthambhore National Park is closed between 1 July and 30 September each year. Therefore, during this time, we alter our itinerary and take the opportunity to visit the nearby Swai Mansingh Sanctuary instead. A wide variety of interesting wildlife resides here, including hyena, sloth bear, wild boar, panther and cheetah. While there is the rare chance to spot a tiger, this should not be expected. An exciting wildlife walk and a game drive will be included here.

Enjoy a leisurely start to the day before heading northwest the capital of Rajasthan: Jaipur (approximately 2 hours) – surrounded by a wall dripping in an earthy red colour in the style of the Mughal sandstone cities. Walk through the Pink City’s streets, busy with camels, motorbikes, rickshaws, and past traditionally dressed Rajput men wearing colourful turbans and sporting magnificent moustaches, as monkeys climb wires overhead. Jaipur, like Delhi, has both old and new parts, although you will concentrate on the old. Arriving around lunch time we will check into the hotel before heading out to the City palace and Observatory. The City Palace, was once home to the Maharaja. It is an amazing complex that's home to various colourful courtyard gates, fascinating museums displaying royal costumes and weaponry, and guards whose moustaches are almost as impressive as the building itself. The palace continues to be a royal residence even after the Jaipur kingdom merged with the Indian Union in 1949. Continue on to the 18th century Jantar Mantar– not a series of elaborate sculptures but actually an observatory filled with instruments to track the stars. It's a favourite amongst the children on our trips. Then it’s on to the distinctive five-storied Hawa Mahal, or Palace of Winds, with its detailed honeycombed façade filled with concealed windows. The impressive view makes it the most photographed building in the country after Taj Mahal. Royal maidens once watched the streets below through the fabulous jali (lattice screens), which hid them from prying male eyes. Today snake charmers and fortune-tellers ply their trade below the same hideaway.

After breakfast we take a trip out to the Amber Fort. Set on a hilltop overlooking Maota Lake, the fort is an authentic example of Rajput architecture and the Sheesh Mahal (Hall of Mirrors) is one of its more spectacular buildings. We then head back into Jaipur to learn about the ancient art of Block Printing. The traditional process of hand block printing on textiles, with rich natural colors, has been practiced in Rajasthan for around 500 years. You will then have lunch and the afternoon free. If you are feeling up to it your leader will take the group on a walking tour. Hitting the streets in search of some raj kachori chaat – a big fluffy chaat served with chutney, yoghurt, chilli and potato. Then cool off with a lassi from Lassiwala on MI road, Jaipur's oldest and most famous lassi shop. We will end the walk at the Raj Mandir Movie theatre.

Today you will travel to Nawalgarh (approximately 4 hours) where we will stop for lunch before continuing on to your next stop Mandawa, a remote town in the centre of the Rajasthan region. Mandawa was once an old trading outpost between the Middle East and China and your home for the next two nights. Known throughout the state for its forts and havelis, Mandawa wil remind you of what a classic Rajasthan town was like in the bygone era.

Enjoy a day of exploring this amazing town, which is often referred to as an outdoor museum. Mandawa is famous for its ornate havelis (private residences). You'll notice that some are faithfully restored and others are crumbling. The havelis of this particular part of India are recognised around the country for their lavishly painted walls and art. Perhaps unwind at the day's end with a cold beer and sample some of the spicy local North Indian fare – ask your leader to point you in the right direction.

After breakfast this morning, leave the countryside behind and get back into the beating rhythm of Delhi by mid-afternoon (approximately 9 hours). Use the rest of the day however you like. Practice your bargaining skills in Chandni Chowk in the maze of shops and kiosks that sell everything imaginable, buy local crafts straight from the hands of the artisan in Janpath market, or gobble down street chaats – snacks like deep fried fritters and flatbread. Hear the story behind the man at Gandhi’s house, see one last ancient structure at Qutb Minar, or relax in the Mughal gardens. No doubt your leader will arrange one ‘last supper’, where you can look back over the trip of a lifetime and get your head around all the wonders you’ve witnessed.

There are no activities planned for the final day and you are able to depart the accommodation at any time. Please check the 'Finishing Point Hotel' section for checkout times and luggage storage possibilities.