Amble down the cobbled streets of historic Havana. Explore Cuba’s best-preserved colonial town. Check out the Bay of Pigs Museum. Snorkel in the waters off Cayo Blanco

From tobacco fields and fishing villages, to revolutionist monuments and relaxing beaches, Cuba is home to one of the most captivating cultures in the world. Take in the crumbling facades of colonial buildings, meet chilled out locals puffing on cigars and wiggle your toes in the sand on an isolated beach. Experience Cuba in all its glory and discover the colours, cuisine and culture that make up this truly distinctive country. 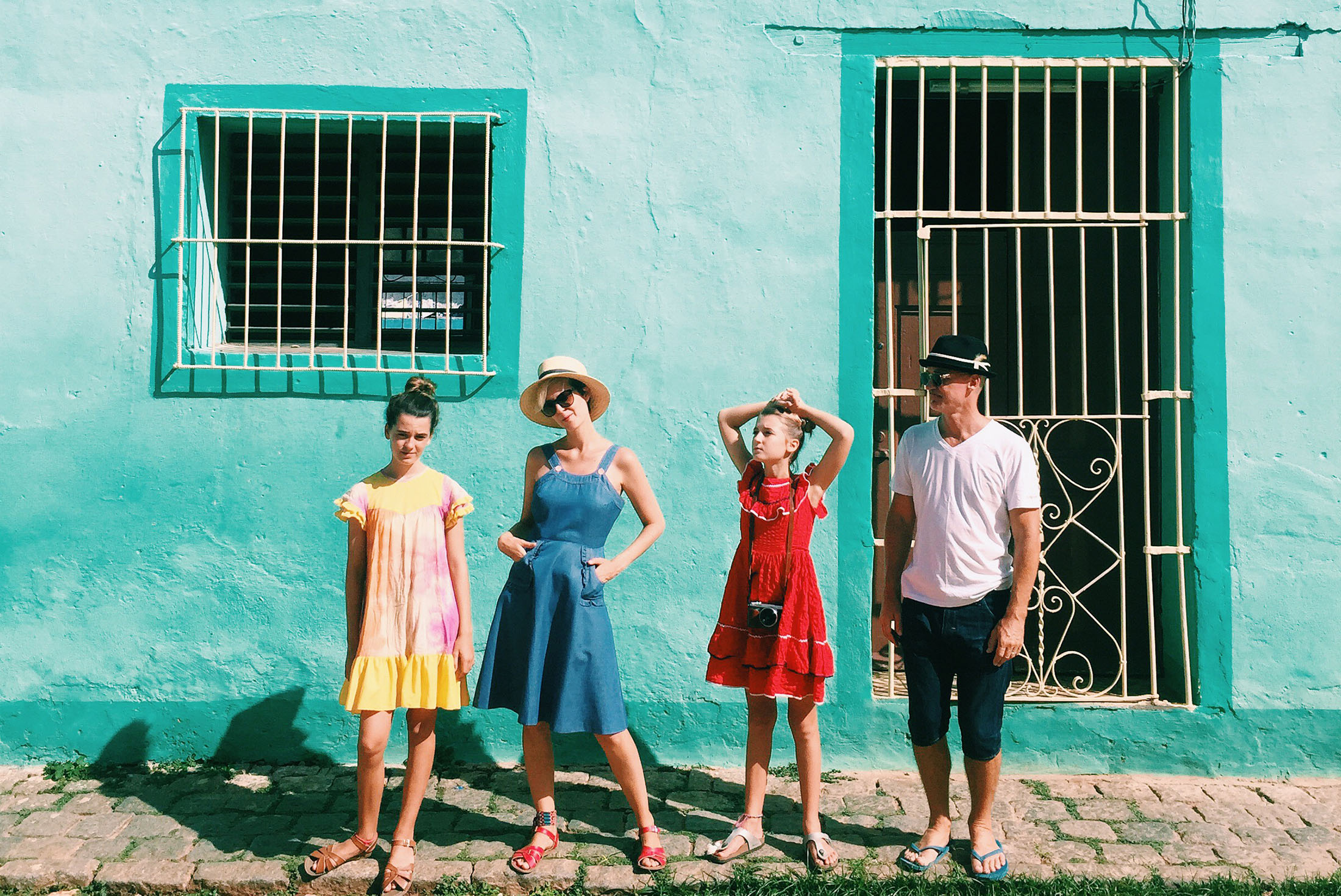 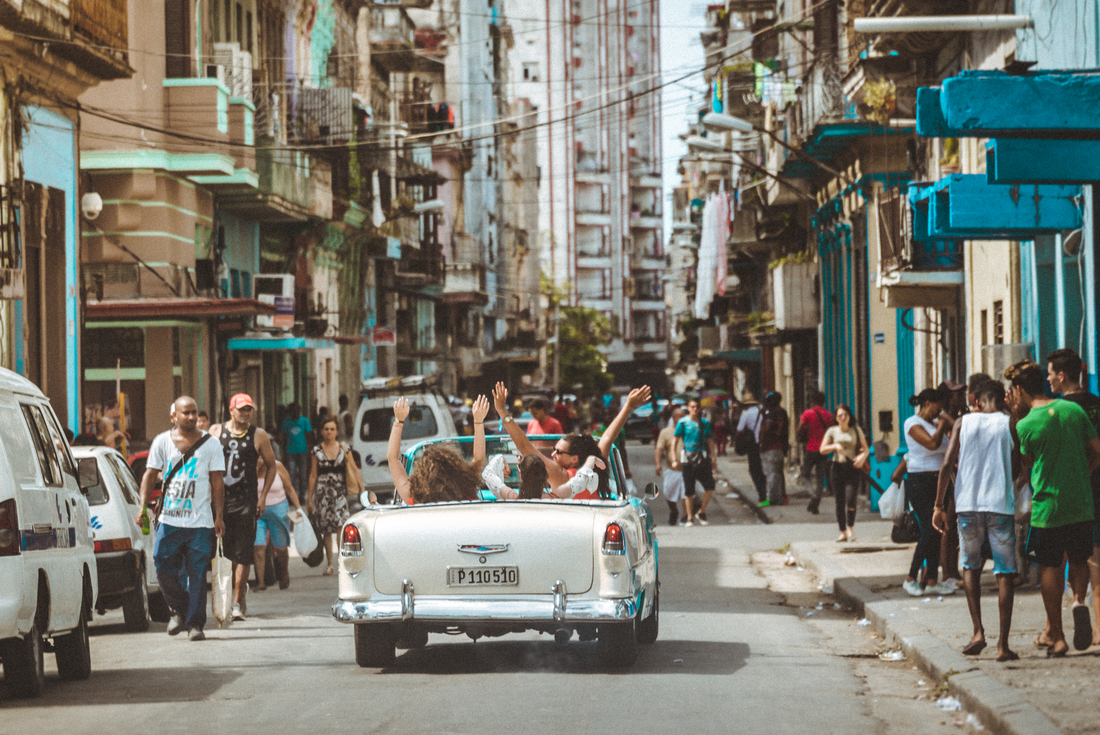 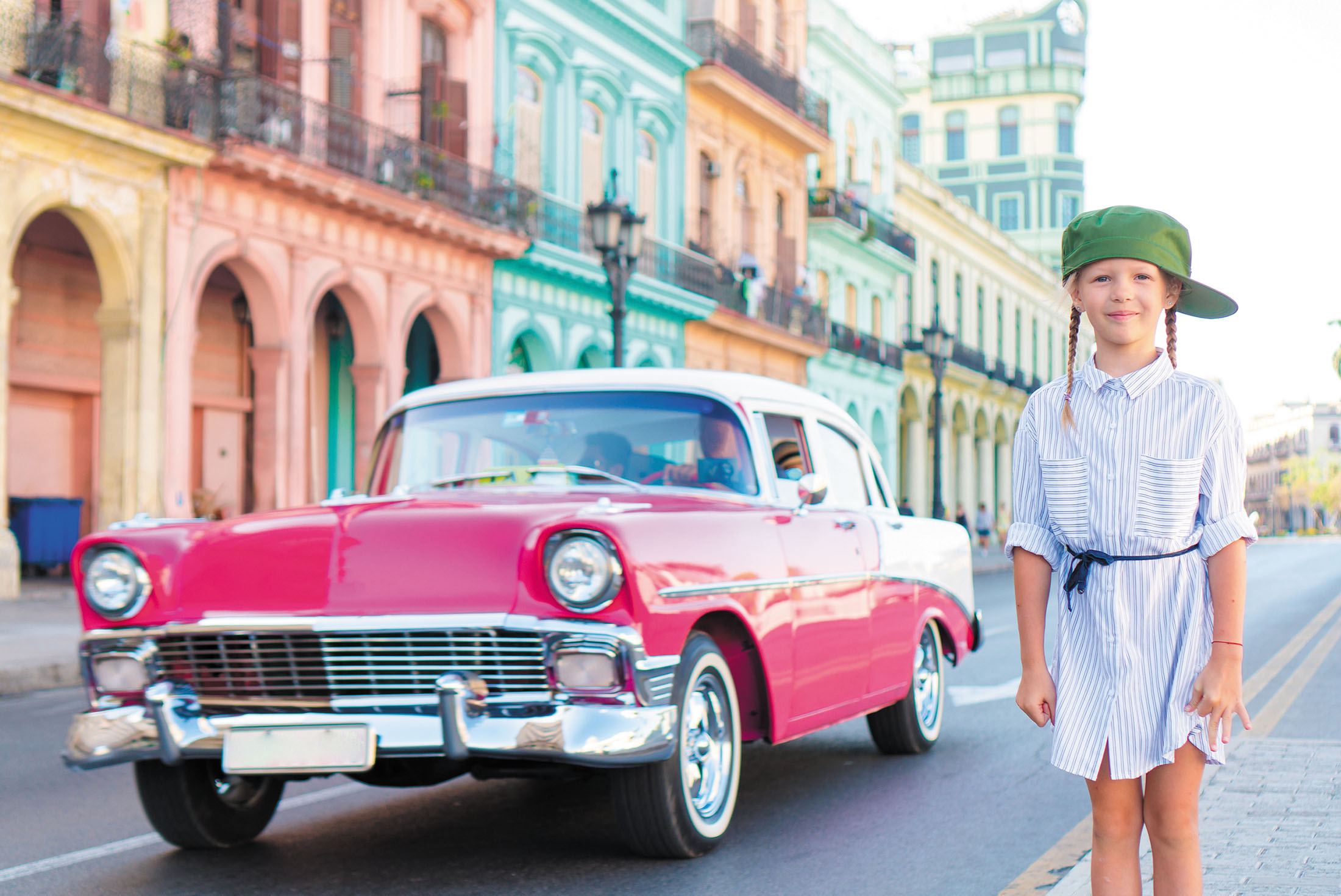 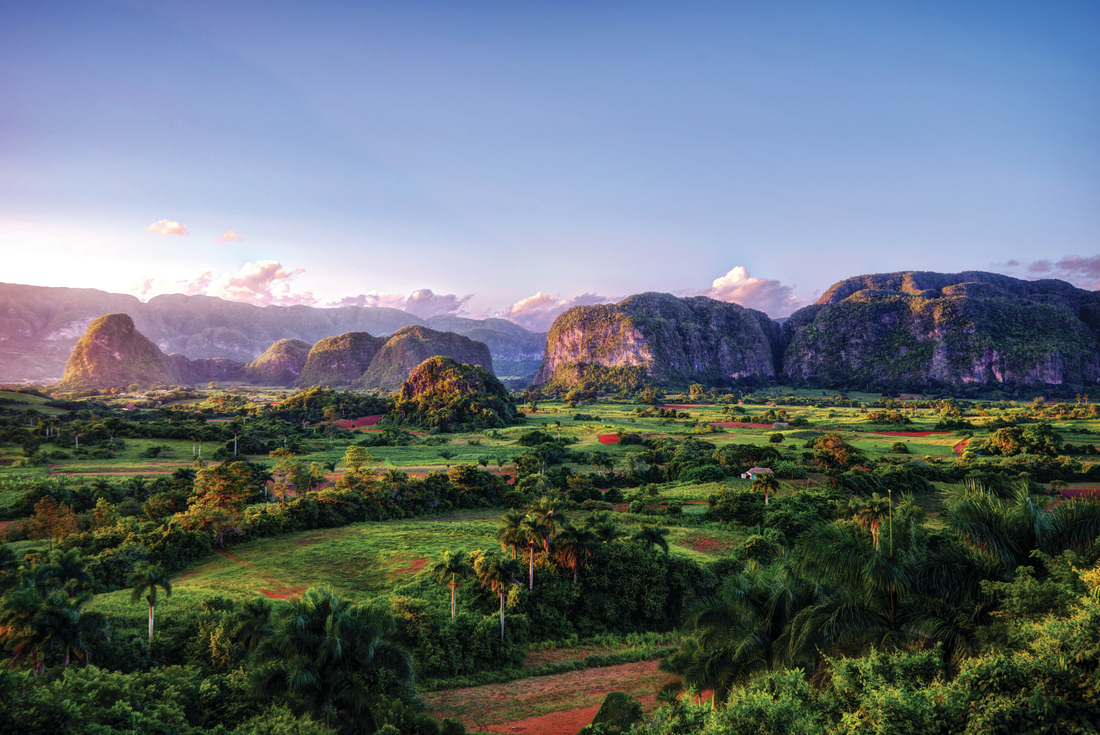 Bienvenidos a Cuba! Welcome to Cuba! Today is an arrival today while families fly in from around the world. If you arrive early, Havana is a fantastic city to explore. Havana is one of the finest colonial cities in the Americas with narrow streets, spacious plazas and glorious Spanish architecture. There is an air of faded glory about the place with paint peeling off buildings and '50s and '60s American automobiles still dominating the roads. A welcome meeting will take place at 5pm this evening. On check-in the hotel will advise where the group meeting will be.

Drive through an exotic landscape of cane fields, tobacco plantations and swaying palm trees on the way to Vinales. Upon arrival we will take an orientation walk through the main street with it's colourful colonial-era wooden houses. Orchids and palms fill the Casa de Caridad Botanical Gardens. Vinales is the gateway to the Sierra de los Organos mountains and the Vinales Valley. In the evening, watch as thousands of bats stream out of the limestone caves on a tour of the picturesque Vinales Valley

The Vinales Valley boasts the oldest geological formations in Cuba, unique to the area. Spectacular mogotes - sheer-sided, conical towers of limestone - some over 300 metres high are all that is left of a great plateau after millions of years of erosion by wind and water. The resultant karst terrain is similar to southern China or Vietnam, especially when a layer of mist carpets the valley floor in the early morning. It is a fascinating scene, all the more so when oxen are working the fields and the scent of tobacco fills the air. We'll take a guided walk through this rich countryside to see something of rural life, and hopefully stop at a farmer's house. In the afternoon we'll visit the Cueva del Indio, an impressive limestone cave once inhabited by local Indians and filled with stalactites and stalagmites. A river runs through the second half of the cave and we'll board a boat to take us through and out into the daylight. At dusk thousands of bats stream out of the cave to go and feed.

Today we start with breakfast before driving the relatively short distance to Soroa (approximately 1 hr 30 minutes). Soroa is known by some as the "Rainbow of Cuba". It is a gorgeous natural area set within the mountains. It is significantly cooler here than the other places we go on the tour and refreshing during the summer months. The rainfall here promotes the growth of tall trees and orchids and bird life here is abundant. We will undertake an enjoyable walk to a waterfall and get the chance to swim at a water hole, all very relaxed and enjoyable. We stay tonight in a set of guesthouses in the village, being country folk the locals are humble and very friendly and hospitable.

Our route today takes us past the badlands of the Zapata Peninsula to Playa Larga, standing at the head of the famous Bay of Pigs where, in 1961 a force of CIA-trained Cuban exiles landed to stir up a counter-revolution. Further along the coast at Playa Giron a small museum commemorates this failed US effort to impose its will on socialist Cuba. We stay tonight at a homestay near this beautiful Caribbean beach. While here this is an opportunity to go snorkelling and time spent on the beach.

Today we head to Cienfuegos (approximately 1 hour). Cienfuegos' appeal lies partly in the European flavour of its colonial centre, with a wide Parisian-style boulevard and elegant colonnades. There is ambience enough here to have inspired Cuba's most celebrated 'son' singer to write the words 'Cienfuegos is the city I like best'. He was born nearby, which may have helped.This afternoon we will take a walking tour of the town. We will also visit one of the famous Coppelia ice cream parlours where you can enjoy a sweet treat on us!

This morning we visit Santa Clara (approximately 1 hours drive) and the mausoleum of the legendary Che Guevara. Santa Clara was the first major city to be liberated by Castro's army in December 1958 and a number of monuments now commemorate this important period of Cuba's history. Along the way to Trinidad we stop off at a farm just on the edge of the Topes de Collantes National Park for lunch. Lunch will be a creole meal consisting of food from the farm or from other local neighbouring farms: root vegetables, chicken, pork, seasonal salad veggies, rice and beans, fresh local coffee from their little mountain plantation, local fruits, juice, and deliciously smoked green banana chips. Afterwards, we continue onto Trinidad (appoximately 2hrs). For most visitors to Cuba, the World Heritage site of Trinidad is their favourite destination. No other colonial city in Cuba is so well preserved, and the local residents are extremely friendly and festive. The town rose to prominence during the sugar boom and the wealth generated by the industry remains visible in the town's once grand mansions, colourful public buildings, wrought iron grill-work and cobble-stoned streets. Trinidad is also steeped in religion, such as Santeria, which is one of the Afro-Cuban religions (related to voodoo).

Our last day in this wonderful World Heritage site. Trinidad is one-of-a-kind, a perfectly preserved Spanish colonial settlemen. Built on huge sugar fortunes amassed in the adjacent Valle de los Ingenios during the early 19th century, the riches of the town's pre–War of Independence heyday are still very much in evidence in illustrious colonial-style mansions. During our time here we will take a half day walk to Salto de Javira, a beautiful waterfall with a natural pool you can swim in. We will also take a trip to Playa Ancon, a classic Caribbean beach where you can relax and unwind and just soak up the Caribbean vibe.

Settle in for the long drive from Trinidad to Havana today (approximately 4 hours). Take the opportunity to catch up on your book or play a game of eye spy as you watch the landscape roll by. We'll stop for lunch and snacks along the way. Arrive at your guesthouse later this afternoon. There's no activities planned for this evening, so perhaps take a walk with the other families and head out for dinner.

Today we take a walking tour of Old Havana. Havana's Old City is well preserved and was designated a World Heritage Site in 1982. The streets are lined with colonial architecture, 16th century fortresses and countless churches. Sites we may visit include La Catedral San Cristobal de la Habana, described by the novelist Alejo Carpentier as 'music set in stone', Palacio de los Marqueses de Aguas Claras (now a restaurant) and the Plaza de Armas, complete with a statue of Manuel de Cespedes, one of the leaders of the independence movement. We also visit the Plaza de Revolucion, Miramar and the Malecon on a tour, driven in vintage American cars.

There are no activities planned for the final day and you are able to depart the accommodation at any time.