Get a load of Victoria Falls, an amazing thundering spectacle. Optional activities for those arriving early include white water rafting, canoeing and flying fox rides. Go wildlife-spotting along the river at Chobe National Park, home of the world’s highest concentration of African elephants. Enjoy some truly unique accommodation in Elephant Sands. Greet elephants as they come to drink from the pool!. Get familiar with the fine art of ‘poling’ as you and your family ride a traditional dugout canoe through the waterways of the Okavango Delta

Embark on an action-packed, teen-friendly adventure in south-east Africa. See the thundering spectacle of Victoria Falls, say hello to some new friends at the Khama Rhino Sanctuary, explore the far-out Okavango Delta by traditional canoe and watch elephants drink from the Chobe River. Pack plenty of spare camera batteries, because this snap-happy trip, brimming with exciting animal encounters and landscapes like you’ve never seen, is one for the photo album. 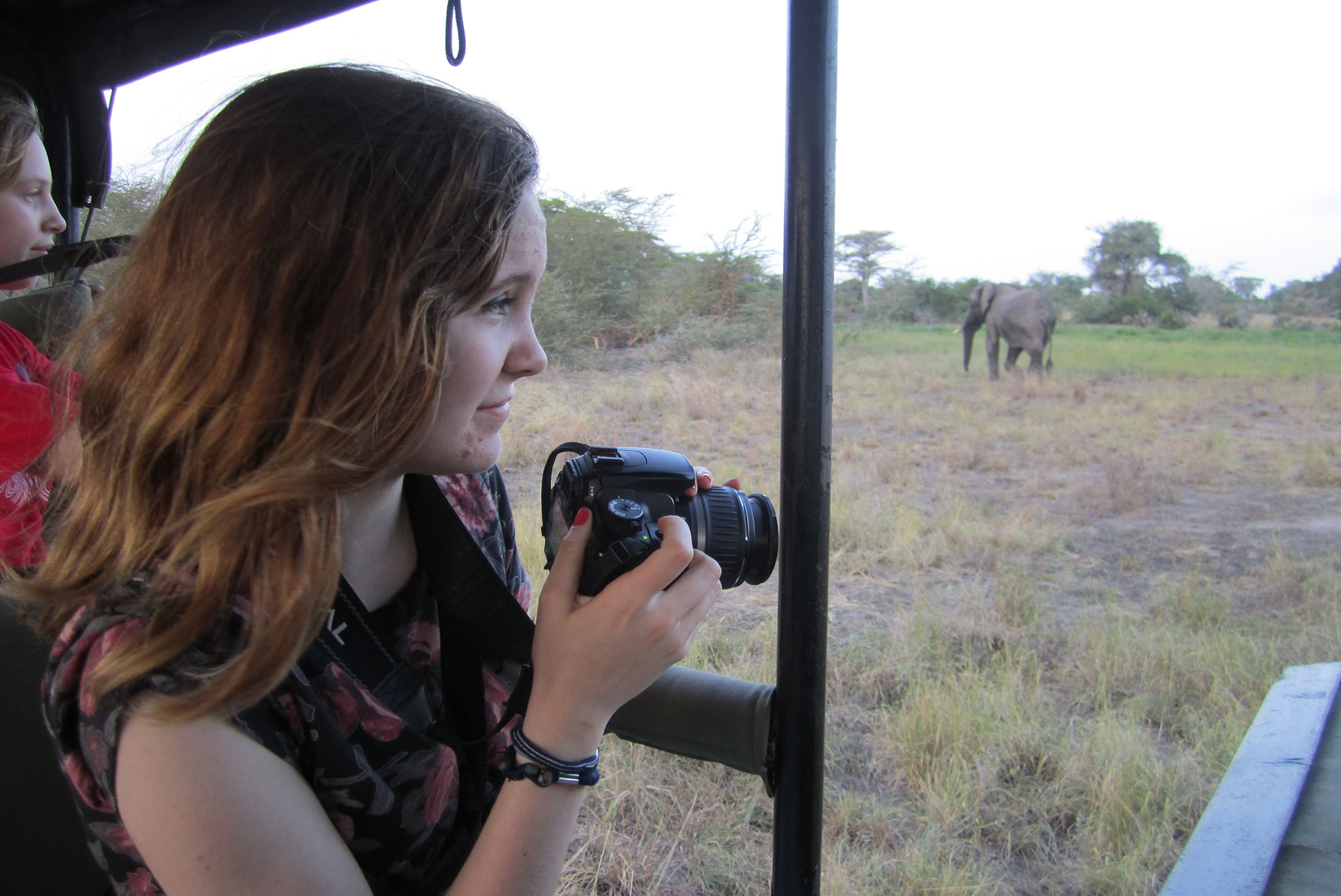 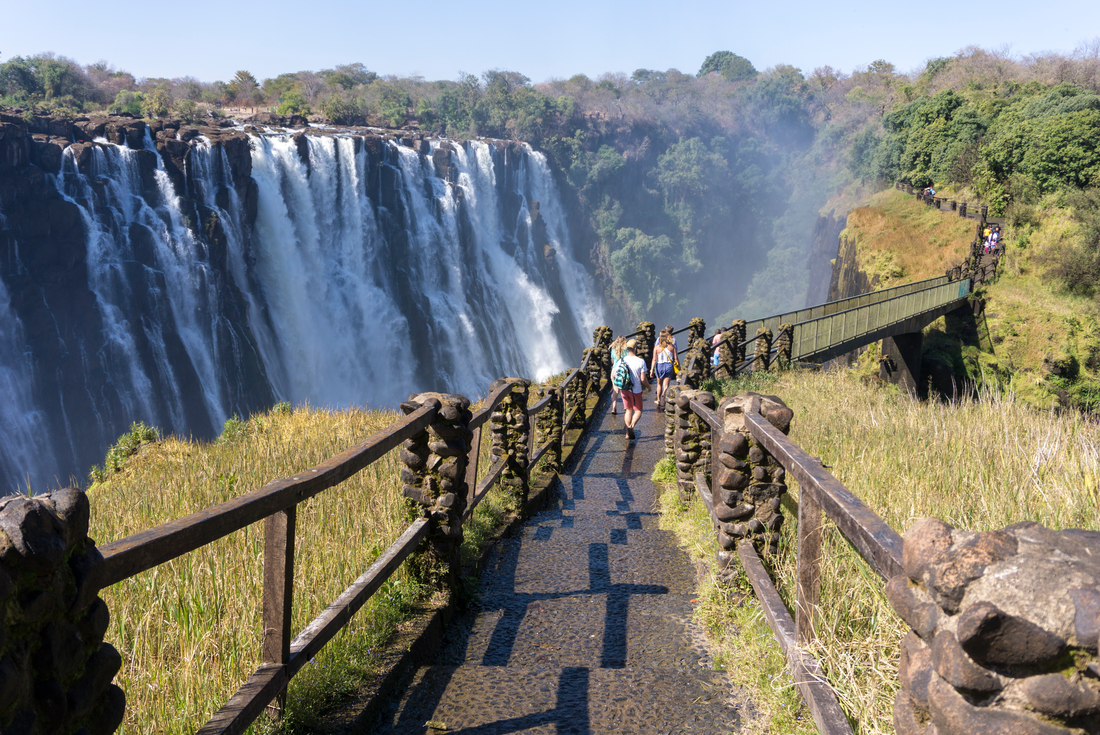 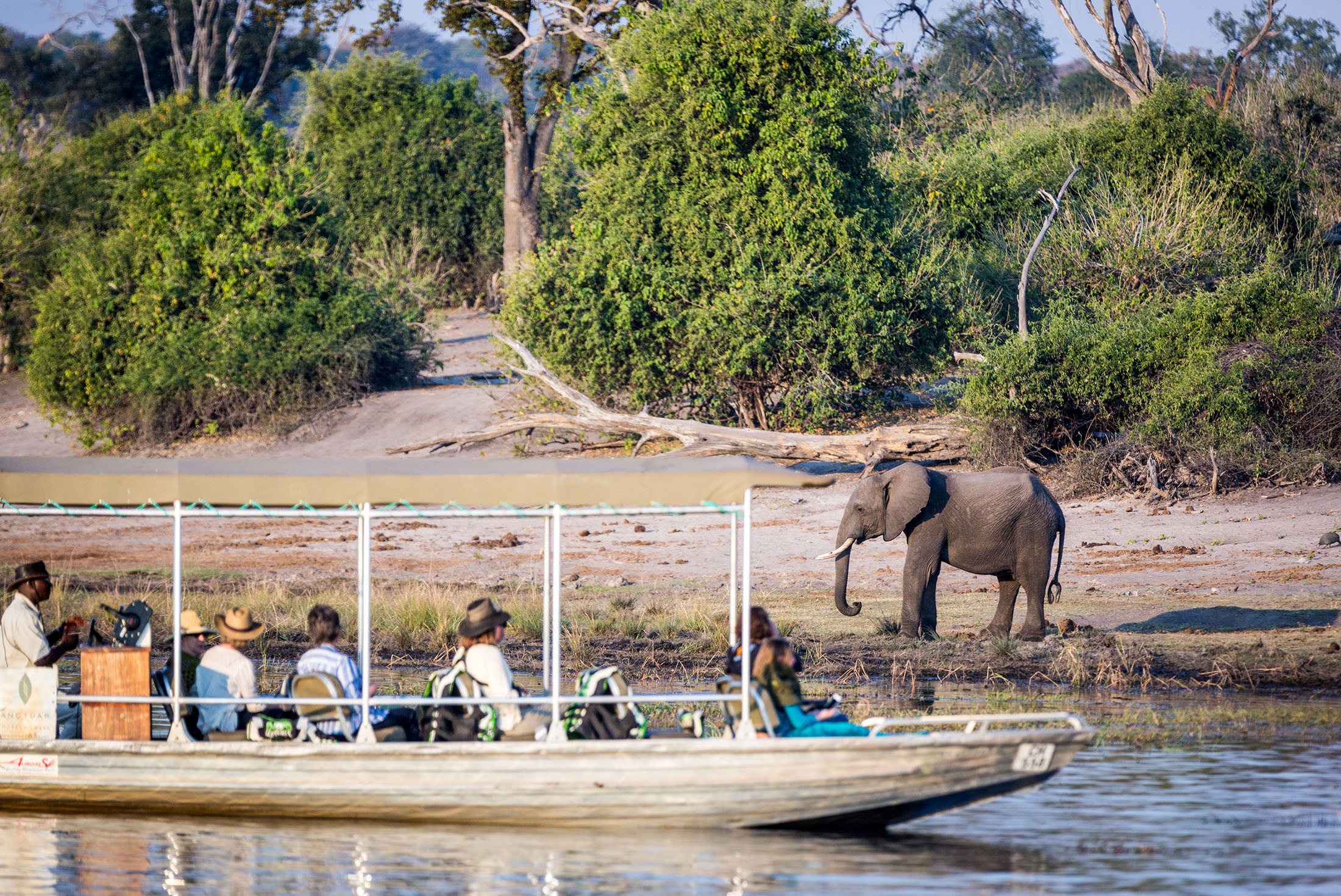 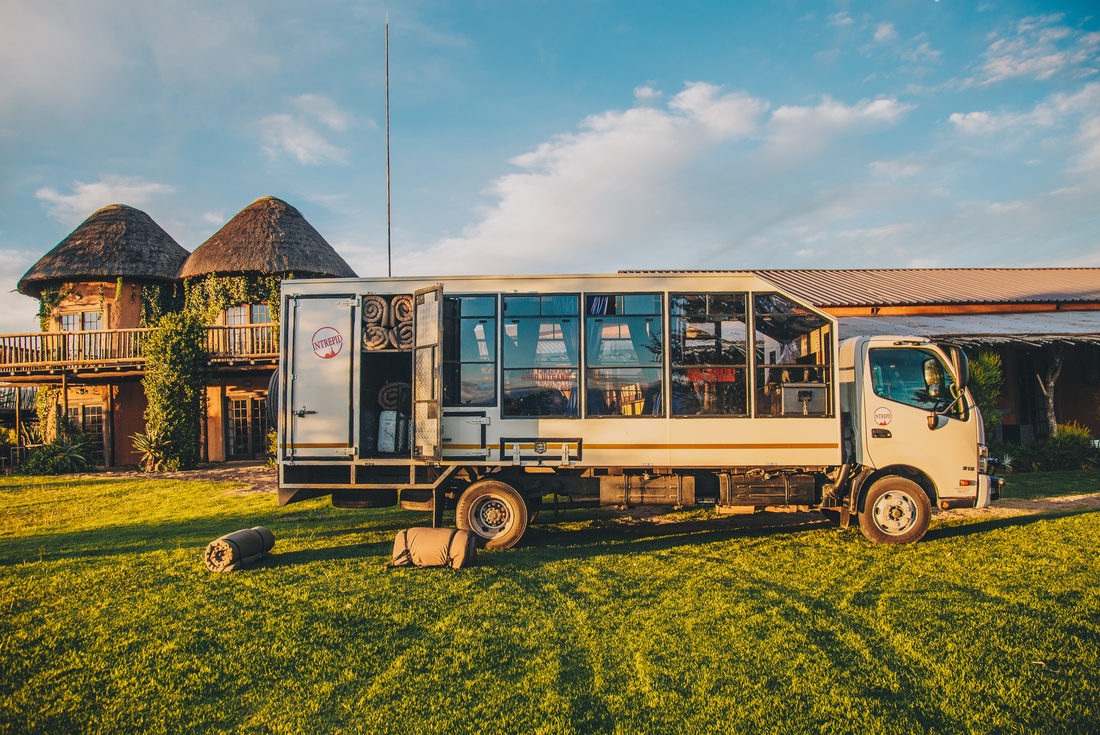 Welcome to Africa! Once you arrive at the Victoria Falls Rest Camp, reception will advise you where our campsite is located. Make your way to the site, meet your leader and get settled in. Your adventure begins at 2pm with a group meeting at our campsite. After which we will visit Victoria Falls This thundering curtain of water is about a mile wide, falling 108 metres into a narrow gorge below. In the wet season, the spray created can rise up an incredible 400 metres and the falls become an impressive raging torrent. In the dry season, the view of the falls is unobstructed by spray and you can see little islets in the river below. If you arrive early, get out and explore Victoria Falls. You can choose from various activities and excursions, including white water rafting, canoeing and flying fox rides. For an incredible scenic helicopter flight, choose Zambezi Helicopter Company (CAA Zimbabwe), the only Intrepid-endorsed operator.

After some breakfast and packing up camp we travel to Chobe National Park. Botswana's first national park is perhaps best known for its high concentration of elephants, which can often be seen swimming in the Chobe River. The river also attracts wallowing hippos, a variety of birdlife, crocodiles sunning themselves by the water's edge, and cheetahs and lions which come down to drink. Enjoy a sunset cruise on the Chobe River, a relaxing way to spend the afternoon with the family. Driving time: 2-3 hours

Hit the road early and head to Elephant Sands for the night. Elephant Sands has a natural waterhole right in front of the lodge where the local elephants come to drink. Watch these awesome creatures whilst they drink at only a couple of meters away from you. There is plenty of other wildlife around as well on this unfenced 16000 ha private conservancy. The lack of fences allows all animals to roam freely. After setting up camp, head off on a bush walk activity which is a wonderful chance to learn about the smaller things in the bush which are often not noticed on game drives. Driving time: 6-7 hours

After packing up camp it's another long travelling day to Maun. Maun is the gateway to one of the world's most renowned and complex ecosystems, the Okavango Delta. This place is unlike anything in the world – a 16,000 square kilometre maze of wetlands made up of meandering waterways, green islands, lush plains and prolific wildlife. You might see hippos, crocodiles, elephants and big cats. But it's not the animals that are the main attraction – it's the extremely diverse ecosystem and atmospheric waterscapes. Tonight you'll stay on the outskirts of Maun at a simple campsite with shared facilities and WiFi before heading into the Delta in the morning. Driving time: 6-7 hours

Cruise around the waterways by mokoro, a traditional dugout canoe navigated by friendly local 'polers'. With some luck, you might spot some of the delta's unusual wildlife and exotic birdlife. Spend time exploring the maze of lagoons, lakes and streams on foot, led by experienced and knowledgeable guides. Tonight you will camp on a remote island in the heart of the wilderness. In this far-out spot, facilities are non-existent, so you will dig a bush toilet and go without a shower. It's all part of the Okavango experience. At night, fall asleep to the humming and buzzing of the African wilderness.

Wake up early and head out for a sunrise walk. Along the way, keep watch for some elephants. You might also come across some Cape buffalo, if the timing is right. These rather noble-looking creatures are more dangerous than they look, and their horns make for a kind of bone shield that's fittingly known as a 'boss'. Returning to camp for breakfast, take the rest of the day to relax. A refreshing swim, or perhaps a nap, is a good idea in the warmer part of the day. Alternatively, take another mokoro trip to soak up more of that delightful river atmosphere.

After breakfast take the mokoro back to the poling station and then travel once again to Maun. Today you'll visit a rural village and interact with some of the locals. This will give you an insight into daily life on the Okavango Delta and perhaps some background history on these awesome sprawling waterways that are the lifeblood of many. Driving time: 2-3 hours

It's an early morning start as we hit the road to the Khama Rhino Sanctuary. Situated on the edge of the Kalahari Desert, the Khama Rhino Sanctuary is a conversion of a former hunting area into a conservation project. Built to protect Botswana's only remaining populations of both black and white rhinos, the sanctuary is also home to other wildlife including zebras, giraffes, leopards, ostriches and wildebeest, all of which can be seen around the many natural waterholes. Visiting this project benefits local communities and contributes to the protection of the highly endangered white rhinoceros. Later, head out on a dusk game drive to see the rhinos when they are at their most active. Driving time: 8-9 hours

Leaving Botswana behind, cross the border into South Africa and arrive at your overnight stop of Blouberg this afternoon. Here at the base of a mountain, where there are no roads, you'll find the Hanawa people, a small village community, many of whom still lead an age-old way of life. Take a walk with your local guide, following paths along the base of the Blouberg Mountains and listening to stories of the tribe. You'll visit a Lutheran missionary village (Bochum) and be guest to some locals who will provide an evening meal – perhaps mazie and watermelon (Thopi), chicken-based stews (Malana) or a green vegetable called marogo. You can also sample their traditionally brewed beer (for the adults). Note that vegetarians will have limited options – speak to your leader to arrange an alternative. Driving time: 6-7 hours

After breakfast we start the drive to Johannesburg. The group arrive late afternoon where the trip will end. if you have additional time why not get out and explore Johannesburg, a city of remarkable contrasts. Perhaps visit the culturally rich areas of Newtown, Braamfontein or Maboneng. The eye-opening Apartheid Museum is well worth your time. We recommend you don't book your departure flight until after 8pm..