Delve deep into the jungle and discover the ancient ruins of Tikal, one of the most magnificent Maya sites in the world.. Explore Belize’s famous freshwater cave systems by canoe and tube, learning about their geological and cultural significance as a headlight leads the way.. Relax on San Pedro, an island off Belize’s coast that’s loved by travellers. Snorkel the Belize Barrier Reef, kick back on the white sands and show your family the meaning of Caribbean charm..

Spend some time in Central America exploring two travellers’ favourites. Explore Belize City and the small town of San Ignacio before crossing into Guatemala to discover the ancient citadel of Tikal, a magnificent Maya site hidden deep in the jungle. From here, travel back to Belize’s coast and spend four days on the island paradise of San Pedro exploring the world’s second-largest coral reef. Finish the holiday in the most relaxing way possible as you and your family switch it up between white sand and warm water. 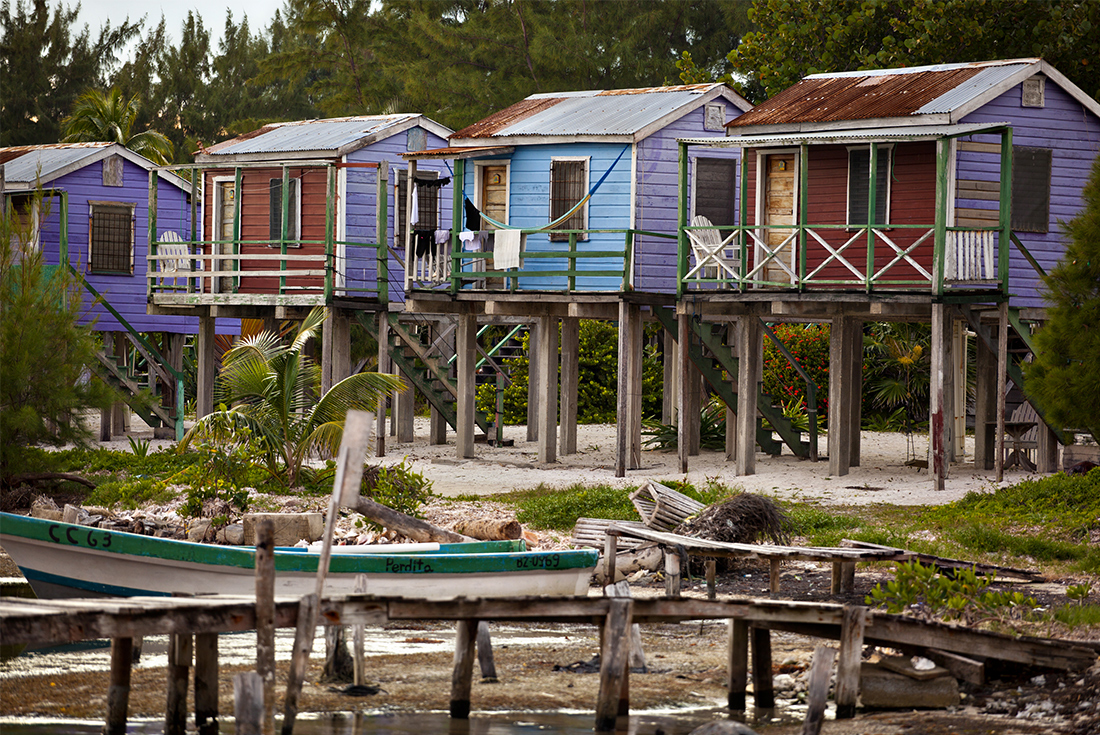 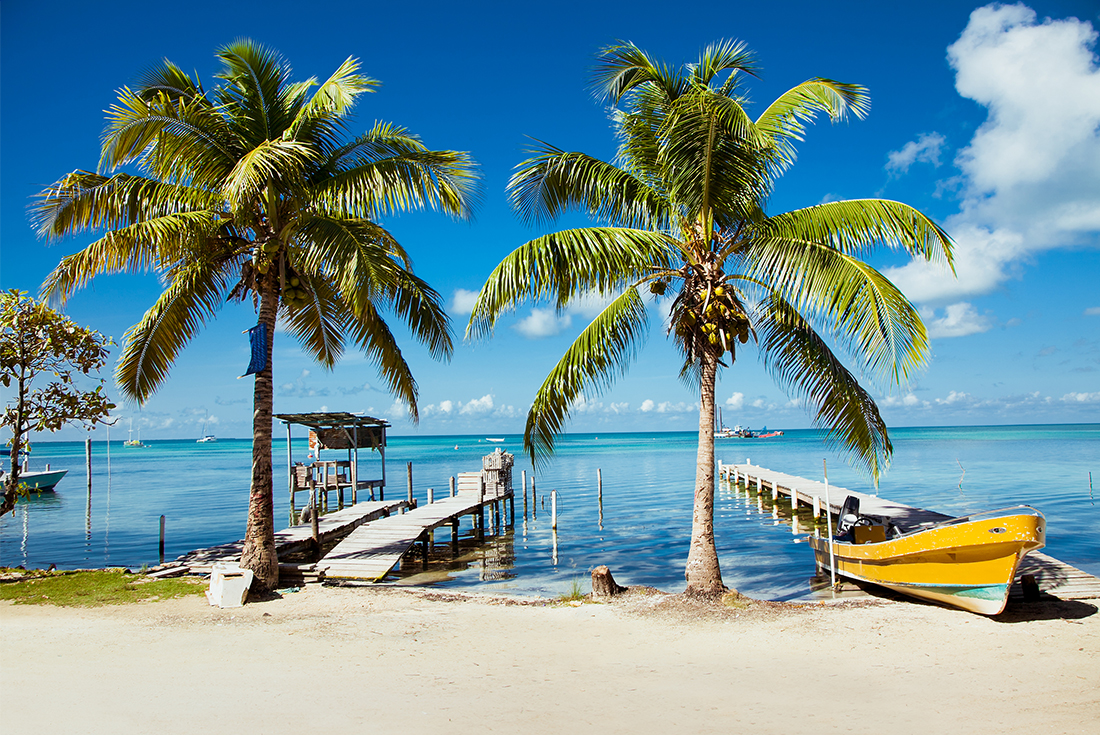 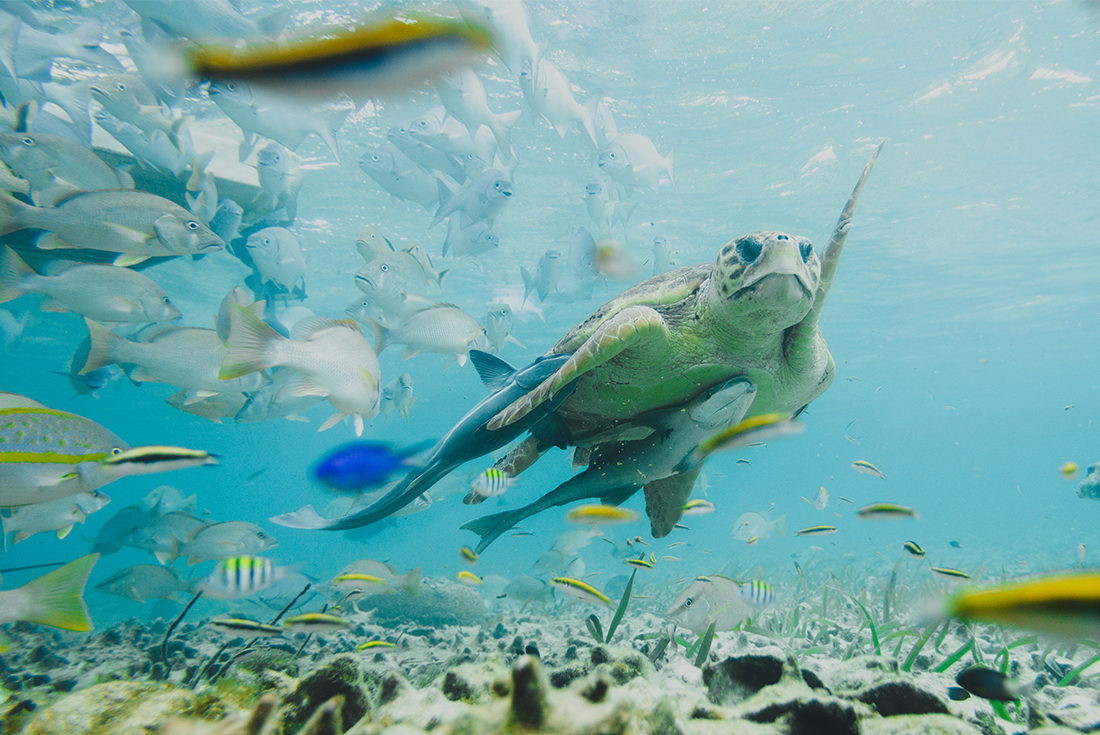 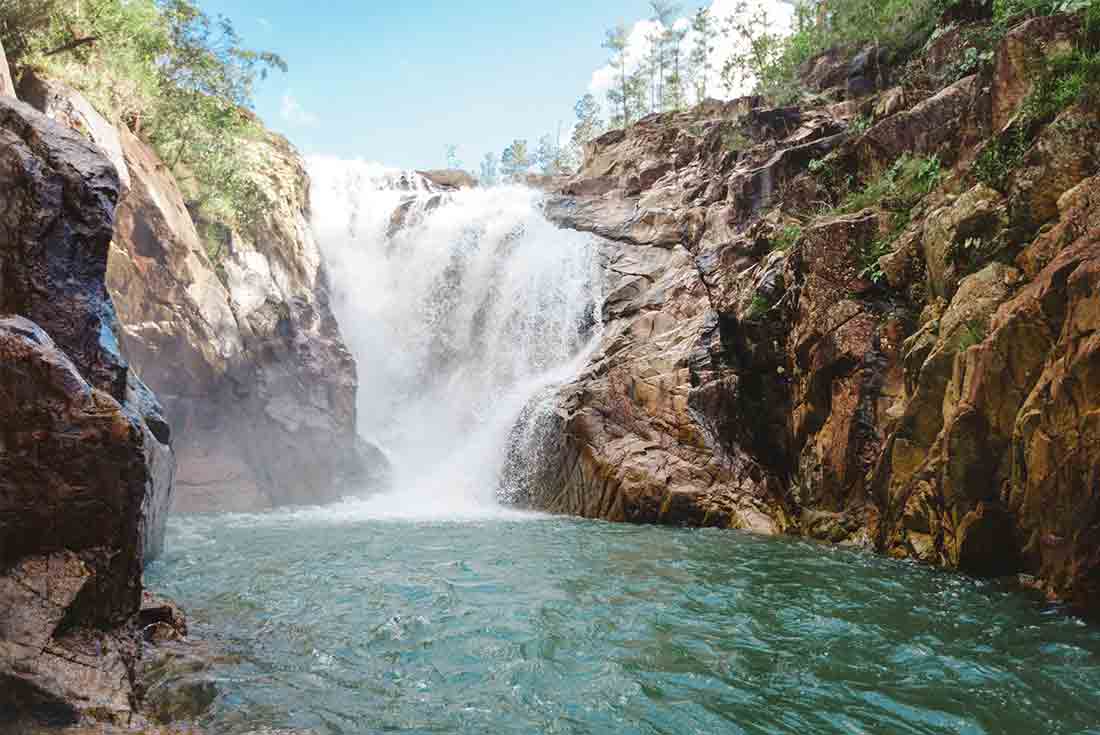 Welcome to Belize City, the starting point for this family adventure. Located where the Belize River meets the Caribbean Sea, this bustling former capital is full of history and culture, and the area surrounding the hotel is the safest in the city – it's often called the tourist village. Things officially kick off at 5 pm with a welcome meeting, but why not take some time to walk to the nearby lighthouse and enjoy the ocean views if you arrive early.

After breakfast the group will travel to San Ignacio in a private minivan (approx. three hours). You'll stop en route to visit St. Herman's Blue Hole National Park, where you and your family can go tubing in St. Herman's Cave. The park contains two cave systems, a number of natural trails and a jungle pool. After a 20-minute hike through the jungle you'll come to the entrance of St. Herman's Cave and enter an otherworldly arena where rivers disappear into the darkness. Float through with a headlamp lighting your way, then jump back into a more traditional form of transport as you continue to San Ignacio, arriving in the late afternoon.

San Ignacio lies alongside the Macal River, in the Cayo District of western Belize. Spend the morning on the water at Barton Creek, a remote cave that, like many of Belize's caverns, was used by the ancient Maya people for ceremonial purposes. Jump in a canoe at the entrace to the cave and paddle into the cave passage with your headlight showing the way. As you float deeper into the passage you'll learn about the geology, archaeology and Maya history of the area. After exploring the caves, jump in for a refreshing swim then return to San Ignacio for a free afternoon exploring. We highly recommend Cahal Pech, a Maya site that was once a major ceremonial centre and stands on a hill overlooking San Ignacio.

Travel approximately four hours west to Tikal National Park. In the middle of the jungle you'll discover the five granite temples of Tikal, an ancient Maya citadel that is simply astounding. Enjoy a guided walk through the ruins, and you'll find a range of smaller structures scattered through the dense jungle. The best views can be found by climbing to the top of the ruins for a spectacular perspective of the jungle canopy and from here, you may be able to spot toucans, macaws and other colourful birds. Spend the evening staying beside this incredible site.

It's a long travel day today as the group heads to the island paradise of San Pedro. The transfer back to Belize City will take approximately six hours, depending on the border crossing, and from there you'll board a water taxi to San Pedro. The Belize Cayes are a group of islands just a short ride from the coast and while each island has its own personality, they all have an unmistakably Caribbean pace and charm. They're also part of the Belize Barrier Reef, the second-largest coral reef system in the world after the Great Barrier Reef. From your base on San Pedro, it's possible to arrange day trips to the other islands, boats out to different parts of the reef or to the local snorkelling areas around San Pedro. Alternatively, kick back in a hammock as the kids enjoy a swim, a coconut and some serious natural beauty.

After breakfast we head out on the water to visit the Hol Chan Marine Reserve. Off the southern tip of Ambergris Caye is Belize's oldest marine reserve,the Hol Chan Marine Reserve. Hol Chan is Mayan for 'little channel." The entire reserve focuses on a cut through the reef (called a quebrada). Our boat trip out to the reef  will give you an opportunity to go snorkelling for those who wish to see the sea life up close and personal. Back on land the afternoon will be free for you to further explore.

Today is a free day. Maybe take a boat ride to neighbouring Caye Caulker and while you're there try sampling the local cuisine, Caye Caulker is famous for its lobster. Not the cheapest meal you'll ever buy, but so good. Or for the more adventurous family’s why not hire a sea kayak or stand up paddle boat and hit the water.

Farewell your island stay today. For those wishing to fly home you can take a water taxi back to Belize City in the morning, which will arrive by approximately 10:30am (this is included in your trip) Please advise that if flying out of Belize on the same day, flights must be booked for after 2:30pm.