Admire the World Heritage-listed architecture of Dubrovnik and Montenegro’s Kotor, climbing along their ancient city walls. Lose yourself in Tirana, Albania’s colourful capital, and partake in the local’s favourite pastime: coffee-drinking and people-watching. Sail across the blue waters of Lake Ohrid, one of Europe’s oldest lakes. No wonder North Macedonia and Albania share this beautiful attraction – nobody would want to let it go. Sitting alongside its Ottoman past, the North Macedonian capital of Skopje has reinvented its centre with gleaming neo-classical monuments and buildings, adding a new layer to this fascinating city

This adventure combines the must-sees of the Balkan region and the lesser-known glories of North Macedonia and Albania to create the perfect balance between old and new. Hang out in Dubrovnik’s Old Town, cruise around Lake Ohrid and explore boutiques in Tirana. Check out regional hot spots and experience a hefty dollop of cultural hospitality on this immersive 12-day journey. 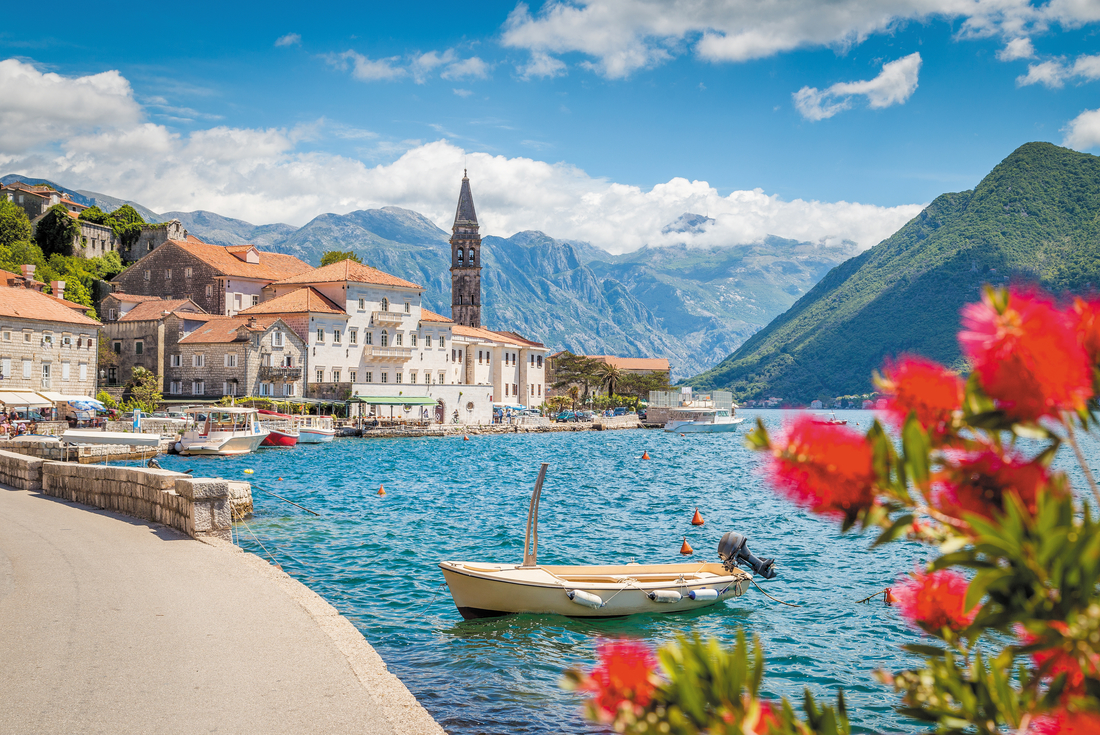 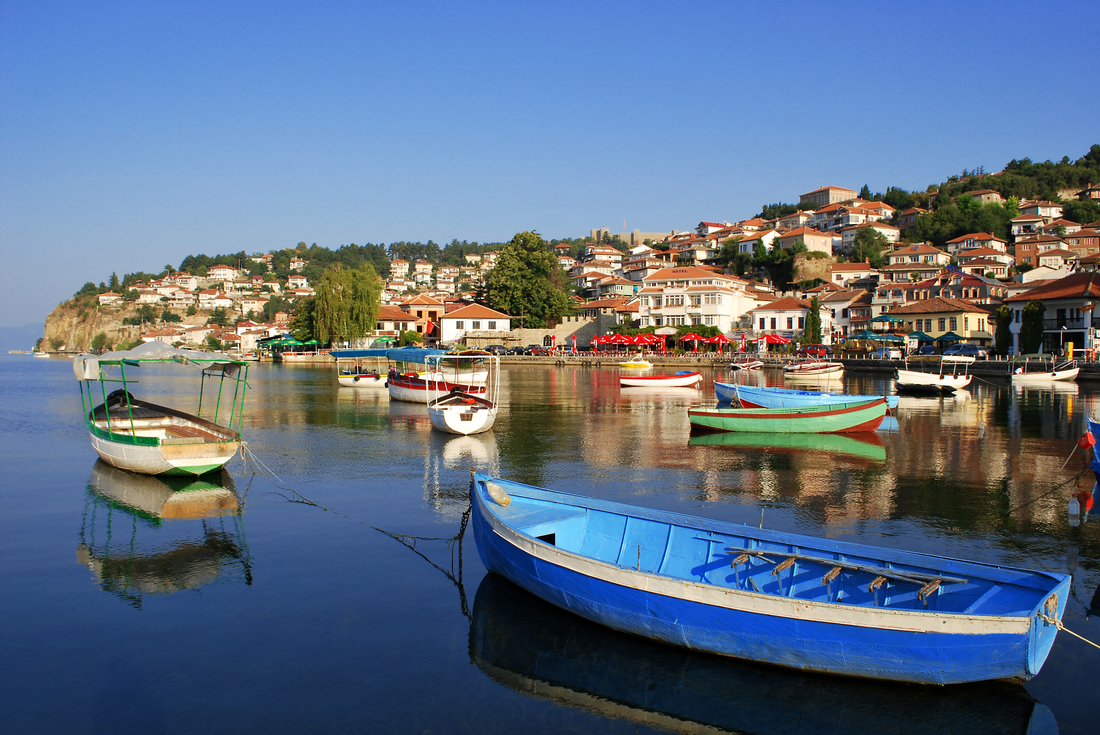 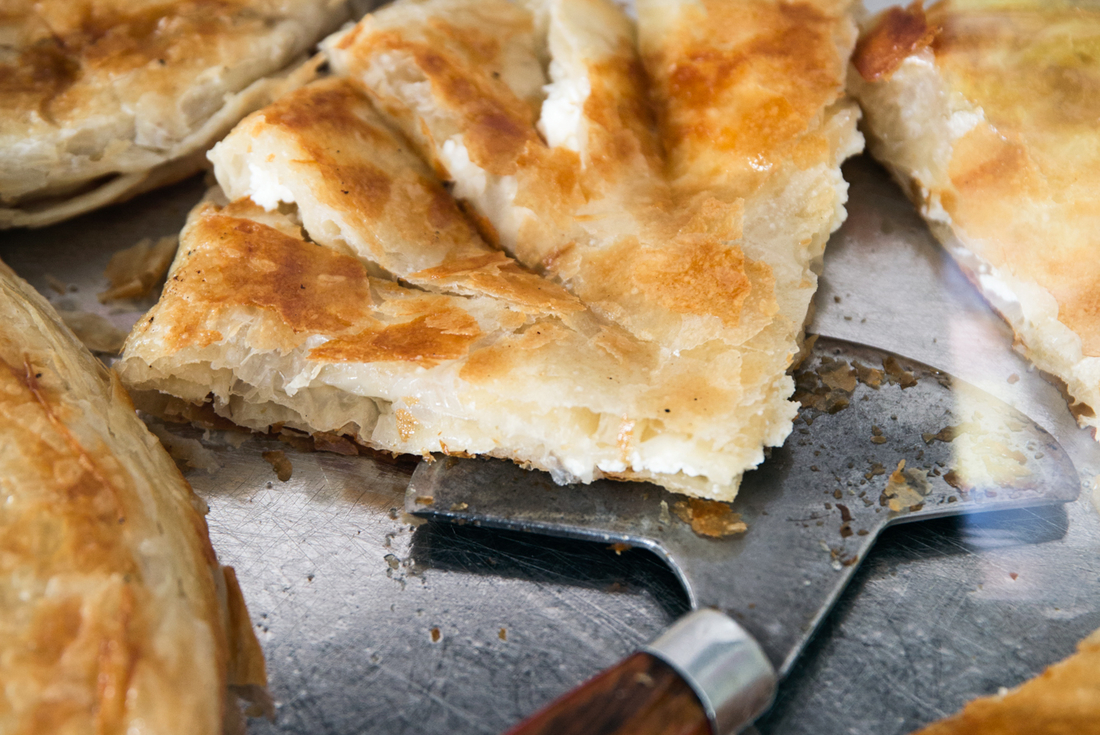 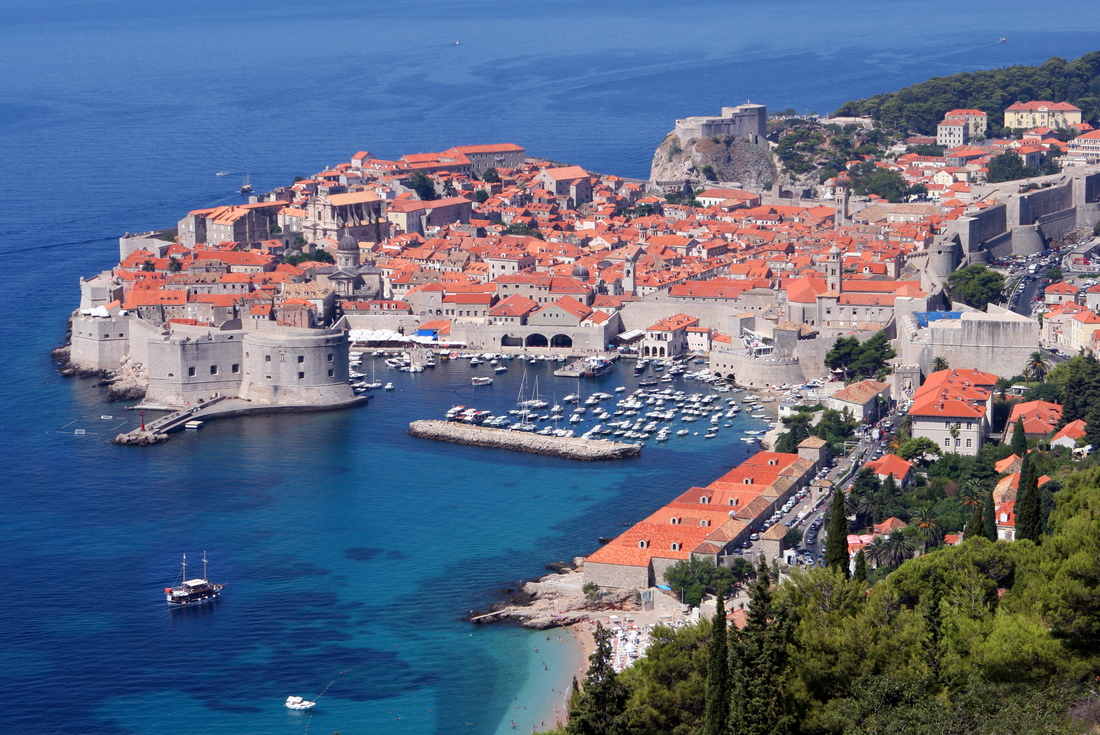 Welcome to Skopje. If you arrive early in North Macedonia's capital city perhaps venture out and discover the myriads of statues and grand monuments for which this city has become famous for (aimed to bolster national pride), first and foremost the massive statue of Alexander the Great on horseback right in the centre of Macedonia Square. Walk past Byzantine domes, Turkish baths, and also newly built neo-classical buildings, sampling gozleme and tasty baklava along the way. The 30 mosques, innumerable caravanserais and hamams that fill its winding streets are a testament to Skopje’s Ottoman past. Take a step back to those times with a visit to the Daut Pasha Hamam, or journey through the humbling Holocaust Museum to learn how Macedonia suffered during this tragic chapter of history.

Venture out to Matka Canyon, a deep ravine cut into the Suva mountains by the Treska River, 15 kilometres southwest of the city. This area is home to several medieval monasteries, caves, and over 70 species of endemic butterflies. There is the option to explore the canyon's sights by boat. One of the monasteries worth exploring is St Andrew's Monastery, which contains many superb frescoes of great artistic importance. There is also Vrelo cavern, a water-filled cave with incredible stalagmites and unchartered depths – it's speculated to be the deepest underwater cave in the world. Alternatively, you can take one of the many nature walks in the canyon, or up to tracks that hug the ridge high above the valley. Upon arrival back into Skopje this afternoon, there is time to get lost in the narrow lanes of Caršija, Skopje's most atmospheric neighbourhood, or take in the stone bridge over the river Vardar – an iconic sight that acts as a handy connection between Macedonia Square and the Old Bazaar. Perhaps visit the Museum of the City of Skopje, housed in the old Railway Station, which is itself a unique piece of history. Its unusual, part-ruined exterior is a result of the 1963 earthquake. The large clock on the outside of the building is frozen at 5:17, the moment the earthquake shook the city.

Enjoy a day trip to historic Prizren, Kosovo’s second biggest, and arguably most beautiful city (approx. 2.5 hours). Here you’ll find traditional handicraft shops and Ottoman charm. Located at the foot of the Sar Mountains, this city was first inhabited by the Romans in the second century AD, while the Ottomans and the Byzantines also left their mark in the architecture of the cityscape. Luckily, it was spared destruction during the 1999 conflict. On arrival, head out an orientation walk of Prizren, walking alongside the Bistrica river, taking in the cobbled Shadervan square and the Old Stone Bridge, all of which will help you get your bearings of the city. Explore the city’s famous mosques and contrast it with abandoned Serbian Orthodox churches that stand as sombre reminders of the ethnic divisions that still simmer just under the surface. Wander the bazaar or admire some of the traditional jewellery in the many filigree shops before returning to Skopje (approx. 2.5 hours).

In the morning board our private transport to Lake Ohrid (approx. 3.5 hours). Europe’s oldest lake, and one of the oldest human settlements in the world, Ohrid has a wealth of historic sites and religious monuments to discover. Ohrid is an eternal town, a magical hill whose primordial pulsation links ancient and modern times forever. The town is said to have once been home to 365 churches, one for each day of the year, earning it the nickname “the Macedonian Jerusalem”, while historical excavations date back to Neolithic times. Despite being a World Heritage site for over 30 years, the town remains under the radar of visitors. Get your bearings on an orientation walk around Ohrid'd old bazaar area (old town).

Embark on a scenic cruise on the turquoise waters of Lake Ohrid, ringed by mountains, attractive villages and beaches, and take in the views of the town and the surrounding scenery while afloat. At 34 kilometres long, 14 kilometres wide, and over 300 meters deep, all shared between Albania and North Macedonia, there’s plenty of vast Lake Ohrid to explore. The afternoon is free for you to discover the area. There are many churches and monasteries to visit, but one of the most popular is the Macedonian Orthodox Church of Sveti Jovana Kaneo, situated on a rocky outcrop above the town, overlooking the lake. Past the church you can wander around to the back of town, exploring the old walls and fortress, and admiring the views of the lake. The Sveti Naum Monastery is also a great option, lying on the shores of the lake south of town, with well-kept grounds that are home to peacocks. The ancient Tast Samoil’s Fortress stands on the top of Ohrid Hill and looks across the town, while a 2,000-year-old Roman theatre was uncovered near the Upper Gate – in summer it’s again being used for concerts and performances.

Take it slow as we cross the border into Albania and continue to the remote and rarely visited town of Berat (approx. 4 hours), a gem of a town that was lucky to escape destruction during communist times. Learn about the city on an guided walking tour before climbing up to the still inhabited fortress for fantastic views over town. In the afternoon there is plenty of time to mingle with locals in the park or at the many cafes. The real surprise of Albania is the people. Their warmth to strangers is infectious and you’re bound to find yourself swapping stories over a glass of raki or three. In the evening enjoy a traditional Balkan dinner with your group.

After breakfast, transfer to Tirana (approx. 3-4 hours, depending on road conditions and traffic into Tirana). If you think you know Albania, think again. This addictive country has myriad faces. In the rugged north the Alps are so fierce they're deemed 'accursed', while the south enjoys one of Europe’s least known and most beautiful coastlines. A unique mixture of cultures and customs, Tirana is filled with craziness, from its traffic to its nightlife, but on its doorstep are mosques, citadels, Ottoman architecture, and a stunning dose of the medieval Balkans. On arrival, embark on a guided tour to get your bearings. Tirana is the capital of Albania and its biggest city, but it's still small and compact, with architectural influences from Italy and Turkey. Recently many buildings have been painted to alleviate the Soviet block feeling that pervaded. Many upgrades have been made all over town, such as new parks and wide pavements, a process that's still on-going. Perhaps take a cable car ride up Dajti Mountain for breath-taking views of the city below.

Today, take a half-day trip to the mountain village and former Albanian capital of Kruja (approx. 1.5 hours). Kruja was the last stronghold of Skanderbeg's (the national hero of Albania) army until the Ottomans took over the entire country. Pay a visit to the excellent ethnographical museum housed inside the fortress. There is plenty of time to explore the citadel and the famous bazaar area. Return to Tirana in the early afternoon. Tirana is dotted with many museums. You can't miss the National History Museum – just look for the gargantuan mosaic on the facade that represents the development of Albania's history. The main sight in Tirana is the 1821 Et'hem Bey Mosque, right on the city's main square. Closed under communist rule, the mosque resumed as a place of worship in 1991. 10,000 people attended the reopening and the event was considered a milestone in the rebirth of religious freedom in Albania. Take a look at the frescoes outside and in the portico that depict trees, waterfalls and bridges – motifs rarely seen in Islamic art. Remember to take your shoes off before entering the inner room.

Drop in on ancient Shkoder (approx. 2.5 hours) en route to Kotor. Shkoder is one of the oldest cities in Europe and now the main commercial centre and largest town of northern Albania. Upon arrival head out on a short orientation walk along the Pjaca, which is the main pedestrianized street, lined with 19th-century architecture and dominated by Ebu Beker Mosque. Then head north of the city to visit the Venetian era Rozafa Castle, set high on a mountain with panoramic views of Shkoder, Lake Skadar and the Albanian countryside, before continuing to Kotor on the Montenegrin coast, our next overnight stop (approx. 3-4 hours, depending on the border crossing into Montenegro). Enjoy the rest of the evening in this splendid medieval town picturesquely located on the fjord of the same name.

Enjoy a free day to take in Kotor, Montenegro’s fortified town wedged between soaring mountains and sparkling Adriatic waters. This 5th-century World Heritage-listed city is set on a secluded bay, with towering peaks surrounding a rocky coastline dotted with pretty waterside towns. In its crooked alleyways, get lost and mingle with the locals. Check out the 12th-century Cathedral, the South Gates, and the Armoury Square. Later, perhaps take a cruise on the Kotor Fjord – the longest fjord south of Scandinavia – and visit an island with a church that's almost as big as the island itself! In the evening the city walls are prettily lit up to provide a unique night-time perspective.

Today you will be transferred to picture-perfect Dubrovnik (approx. 2-3 hours, depending on the border crossing into Croatia). There are many monuments to explore in the city, including the 15th century Rector's Palace, monasteries with cloistered gardens, and fine baroque churches with copper domes. The main pedestrian promenade, once a shallow sea channel, is now paved with glistening white limestone, in stark contrast to the warm red terracotta roofs. It is hard to imagine a more beautiful city. A walk along the city walls of ‘Game of Thrones’ fame is not to be missed. Why not head out to one of the Elafiti Islands. There's Lopud, a quiet island with lovely hikes, clean beaches and a ruined castle. Kolocep is a sleepy enclave that boasts walks for every fitness level, while Sipan is the most populated of the isles and reputedly has the most hospitable inhabitants.

Your Western Balkans trip comes to an end this morning. There are no activities planned for today and you're free to depart the accommodation at any time. As there is so much to see in Dubrovnik we recommend you to stay a little longer. We are happy to book additional accommodation for you (subject to availability). Please speak to your agent at the time of booking.