Tick off the big ticket items like the Taj Mahal and Varanasi and spend plenty of time away from the bustle of big cities in lesser visited towns and villages like Alipura, Orchha and Chander. The Taj Mahal is one of the most recognisable buildings in the world, with its poetic history and beauty having the power to surprise even the most jaded travellers. Here’s what you need to know about your visit: intrepidtravel.com/adventures/taj-mahal-travel-guide/. Our time in Chanderi is our travellers’ favourite on this itinerary – share a meal at home with our local friends who are passionate about sharing their culture and town with you. Witness religious ceremonies, visit temples and monuments, stay in heritage properties and explore with local guides and your expert leader There is so much variety packed into this trip to show you as many facets of this unforgettable country as we can 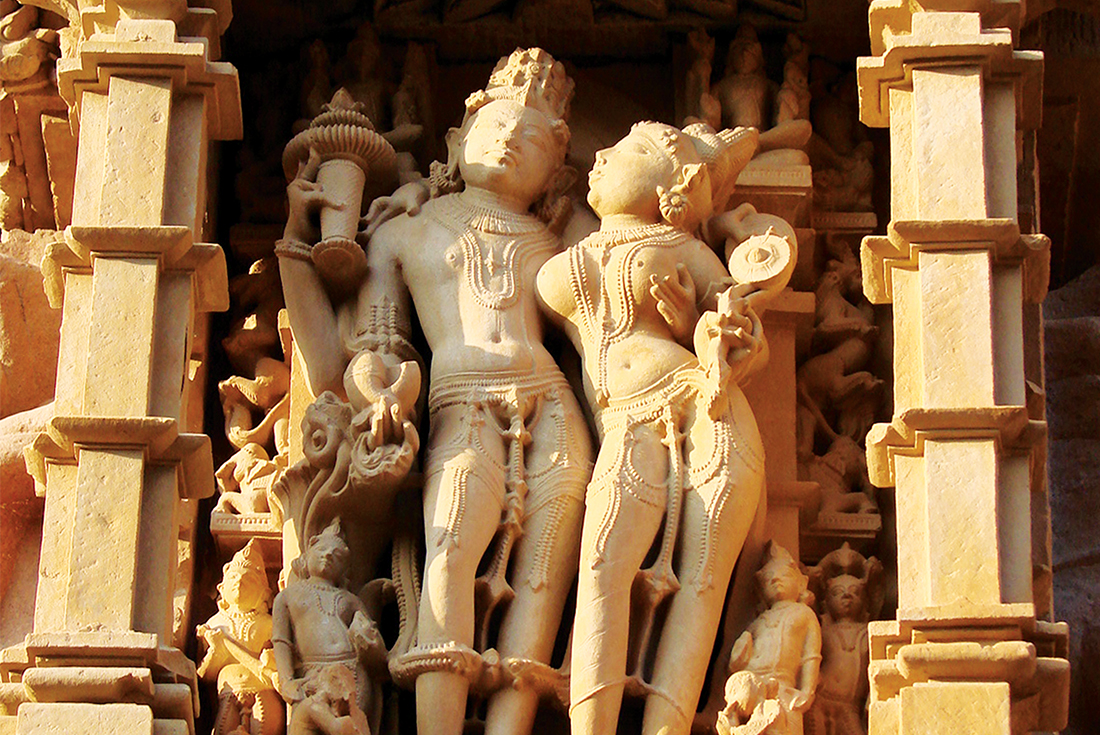 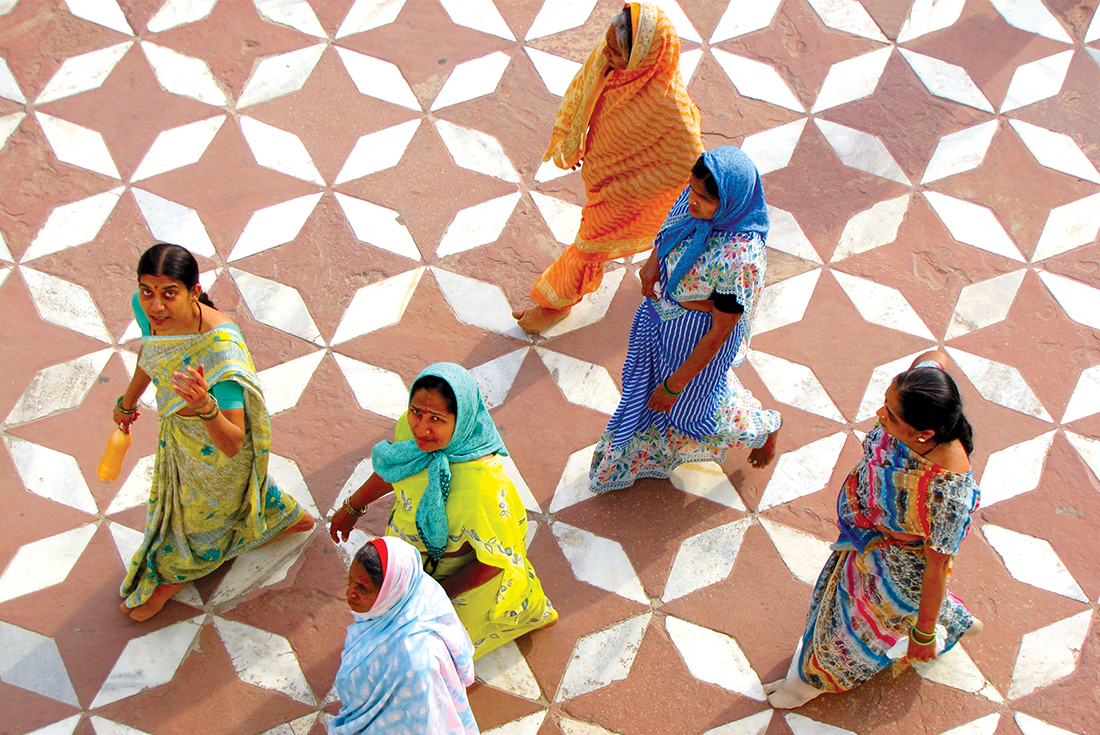 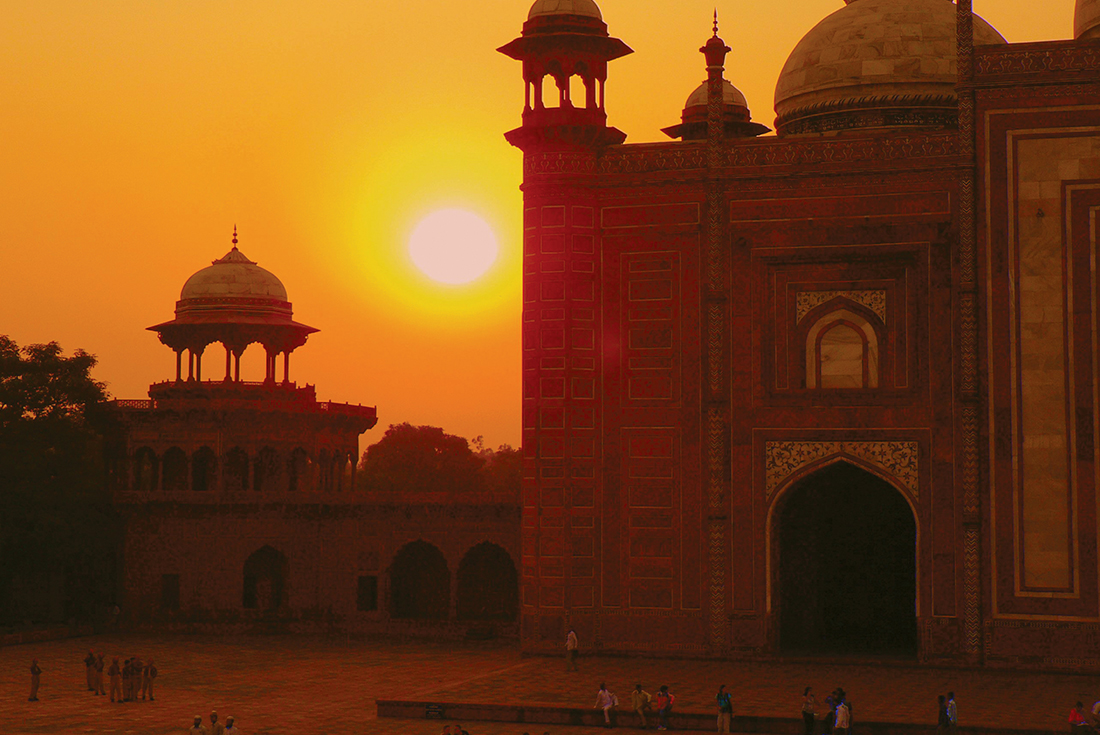 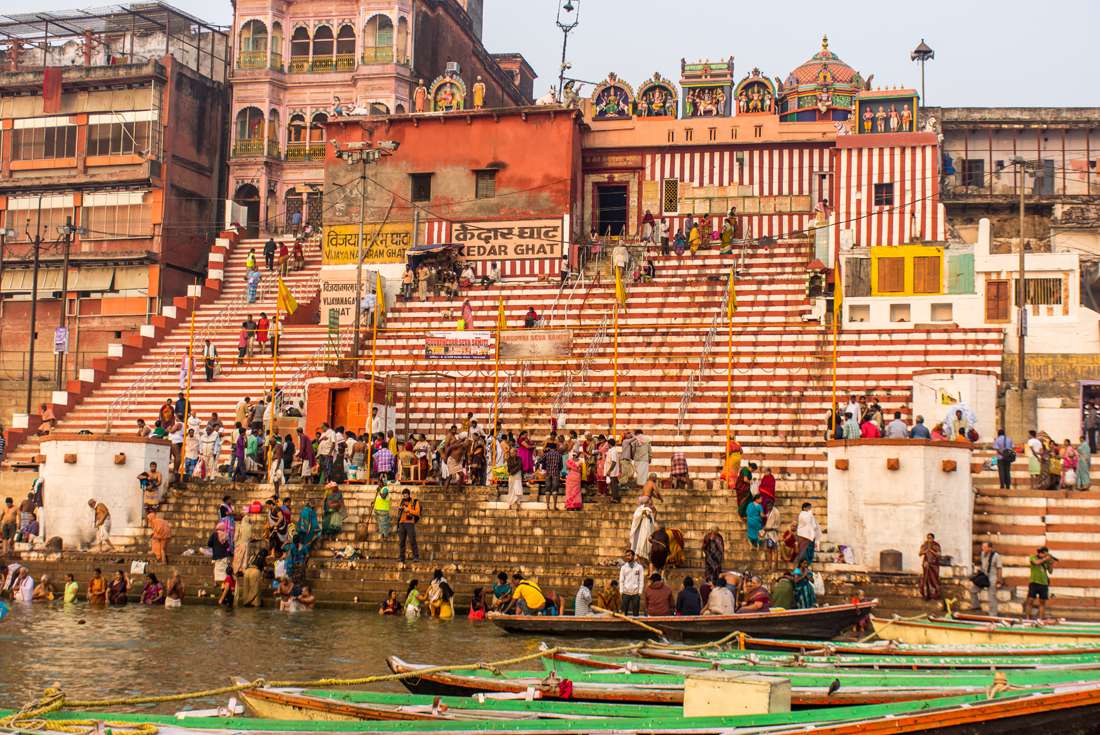 Namaste! Welcome to India. Your adventure begins with a welcome meeting at 6pm on Day 1. Please look for a note in the hotel lobby or ask the hotel reception where it will take place. If you're going to be late, please inform the hotel reception. We'll be collecting your insurance details and next of kin information at this meeting, so please ensure you have all these details to provide to your leader. India's capital is an exciting, busy, and often chaotic city but it's also one of the most interesting in the world with historical sites from different eras, museums and galleries, shops and endless bazaars! There are plenty of things to see and do in free time. Visit the World Heritage-listed Mughal masterpiece of Humayun's Tomb. This was the first garden tomb in India, built way back in 1570. Wonder at the tall brick minaret of Qutub Minar, which was started back in the 1100s. Explore the mighty Red Fort of Delhi. Part palace and part fort, it plays an integral part in the history of the city with former residents ranging from royal families to British soldiers.

Leave Delhi early to catch the Shatabi Express to Agra (departs approx 6am - 3 hrs). This comfortable train is one of India's fastest. Visit the Taj Mahal - a masterpiece of shimmering white marble set amid beautiful formal gardens. Built by Emperor Shah Jahan as a memorial to his wife Mumtaz, this 'teardrop on the face of eternity' (as it was described by writer Rabindranath Tagore) lives up to all expectations. Built in 1565 by Emperor Akbar, Agra Fort was originally designed to be a military structure. It was converted to a palace in Emperor Shah Jahan's time with mighty sandstone walls enclosing the beautiful white marble pearl mosque, palaces, halls, courtyards and fountains. The fort eventually became the emperor's prison after he lost power in 1658.

Catch a morning train from Agra to Lalitpur (approximately 4 hours). From here take a private jeep from Lalitpur to Chanderi (approximately 2 hours), a small medieval town that’s home to a multicultural mix of Muslims, Hindus and Jains. While it’s off the beaten tourist track, Chanderi is nonetheless full of historic Jain temples and fascinating history. Enjoy dinner in the home of our local guide and get to know him and his family over the meal.

Visit Chanderi Museum, which boasts objects dating from between the tenth and 12th century. Join your guide for a look around Chanderi's temples and mosques. Continue to the ruins of the 15th-century Badal Mahal Darwaza. Enjoy a picnic lunch together at the site of the ruins and spend the rest of the day as you wish.

Drive to Orchha (approximately 5 hours). Situated on the banks of the Betwa River, Orchha has changed little over the centuries. Originally a hunting area, it became the capital of the Bundela rajas and, as a result, Orchha has more temples and palaces than you would expect of such a small town. Experience an evening puja ceremony at the Ram Raja Temple.

Visit the stunning Orchha Palace, built by Bir Sing Deo for his friend and Mughal ruler Jehangir. Visit Taragram, a unique responsible tourism project. This recycled papermaking plant was set up to give women in the area a chance to work outside traditional roles normally afforded to them. Afterwards, choose whether you would like to relax on your own or participate in an optional cooking demonstration (and meal) at the home of a local family.

Depart Orchha around 9 am for a 3-hour drive to Alipura. Arrive around midday and head out on a guided village walk. This evening, enjoy a group dinner at Alipura Palace.

Rise and shine for an early morning drive to Panna National Park (approximately 90 mins), the site of a wildlife regeneration success story. In 2009 there were no tigers left in the region due to poaching, but currently there are thought to be around 35 tigers roaming the park. Spend the day relaxing and then head out on an evening safari. Keep your eyes peeled and your camera ready and look out for sloth bears, spotted deer, mongoose, leopards and jungle cats, as well as tigers.

Embrace another early start to seek out more wildlife on a safari. Afterwards, drive to Satna (approximately 2 hours.) This evening, board our overnight train for the 10-hour journey to Varanasi. Your tour leader will help you purchase snacks at the station and ensure you stock up on water for the trip ahead.

Arrive around 5 am and make use of a day room to freshen up before heading out for the day to explore at your leisure. The ultimate destination for all Hindu pilgrims, Varanasi is full of temples, shrines and devotees. Perhaps visit the Ram Nagar Fort which lies about 14 kilometres from Varanasi on the opposite bank of Ganges. Built by Maharaja Balwant Singh in the 18th century, it's the ancestral home of the Maharaja of Banaras. This evening, soak up the magical atmosphere of a candle flower ceremony while you take an included cruise along the Ganges.

Start your day with a sunrise boat ride on the Ganges, passing the many ghats and temples along the river. The rest of the day is free for you to wander the laneways and ghats of this holy city. Maybe find a sunny spot and watch cricket games, haircuts, religious lessons and the comings and goings of life along the Ganges.