Spend a fascinating day exploring the Demilitarised Zone (DMZ) on a guided tour. This strange stretch of land has been the place of much tension and political pressure ever since the Korean War.. Take a street food tour of the renowned Gwangjang markets in Seoul feasting on bite-sized delights and indulge in an all-you-can-eat Korean barbecue experience with your small group.. On your day trip to seaside Sokcho, discover the island village of Abai, which is home to hundreds of North Korean refugees having settled during the War.. Spend a night in a traditional Hanok house in the Andong Hahoe folk village, walking past the traditional homes to imagine the country in its past life.

A hotbed of natural wonder, delectable cuisine and significant political and military history, South Korea is proving itself as a destination not to be brushed aside. Discover this fascinating, animated and tech-savvy country on a ten-day exploration of the hot spots. Take a tour of Korea’s Demilitarised Zone, eat ‘til you drop at an all-you-can-eat Korean barbecue restaurant, spend a night in a traditional Hanok house and discover the ecological delights of Suncheon’s wetlands. Leave your misconceptions behind and embrace a highlights adventure of an oft-forgotten Asian nation. 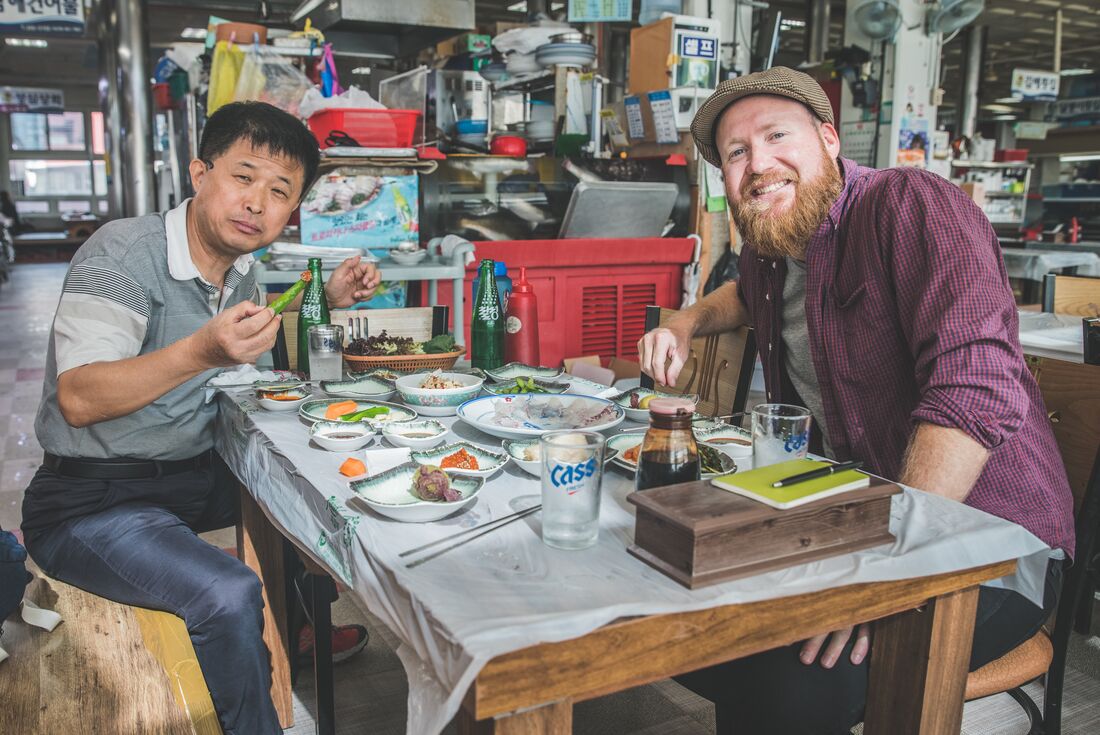 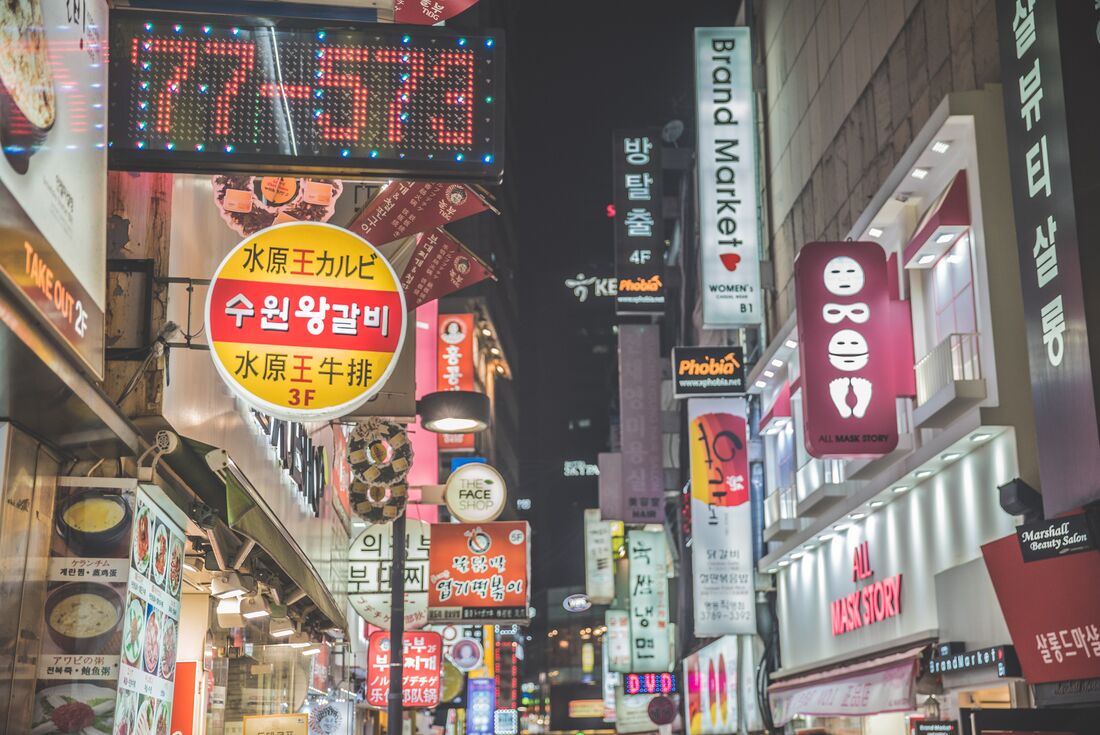 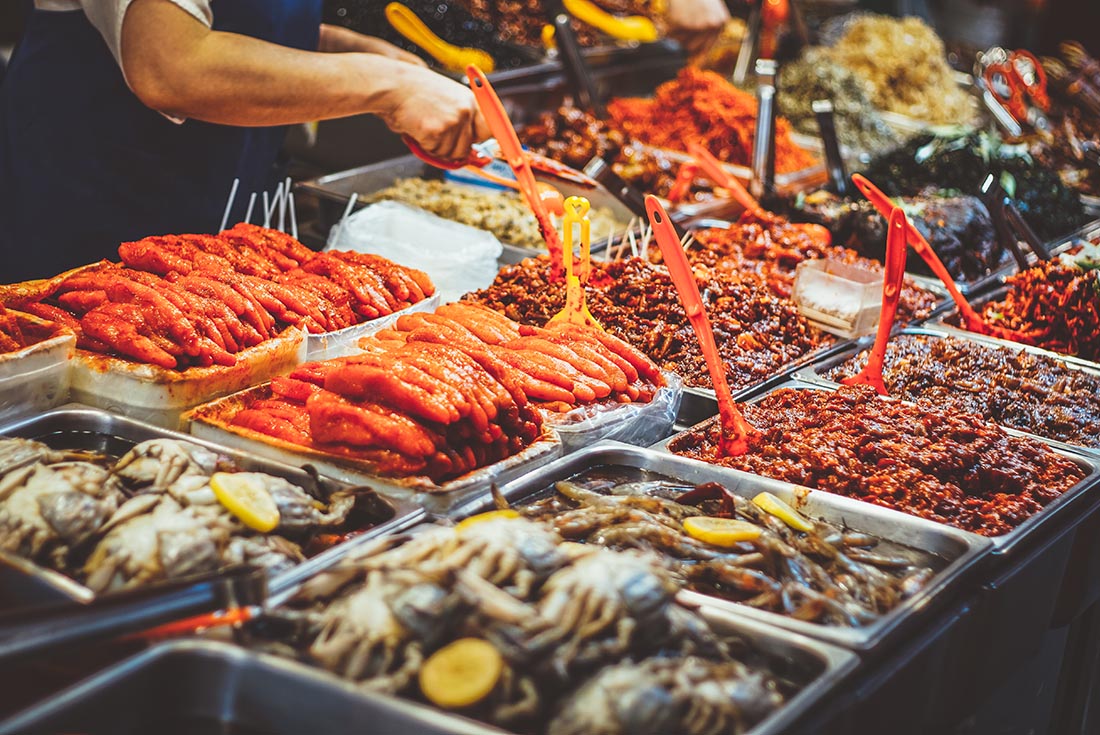 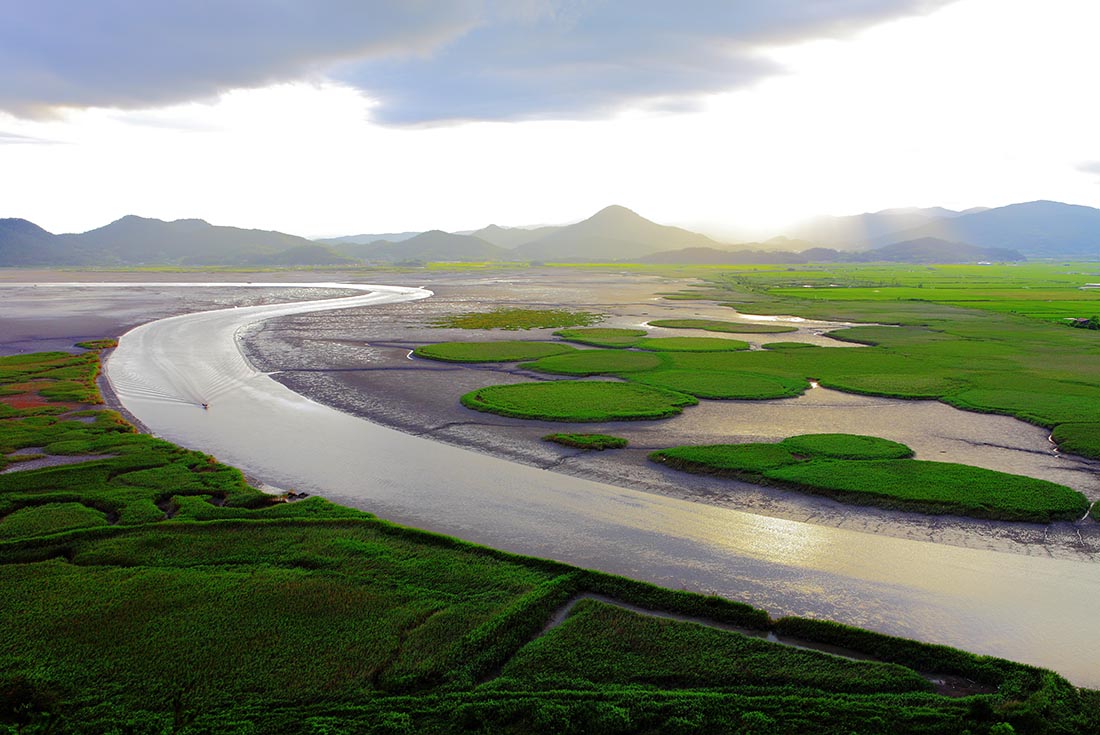 Welcome to Seoul, South Korea's vibrant capital of high-tech gadgetry, glittering skyscrapers and scrumptious eats. Your adventure begins with a welcome meeting at 6 pm this evening. A modern Asian metropolis that blends bold futuristic intentions with strong links to the past, Seoul is one of Asia's great cities. After the welcome meeting, your leader will take you to visit the renowned Gwangjang Market for a progressive dinner tour. Here you’ll find some of Korea’s street food favourites like mayak gimbap (rice rolls), mandu (North Korean dumplings), bindaetteok (mung bean pancake) and the famous kimchi. Afterwards, follow your group leader to the top of Naksan to see an awesome view of Seoul’s skyline at night.

In the morning, hop on Seoul’s metro and take a guided tour around the past and present (and future!) of the city. Explore the Gyeongbukgung Palace – the main royal palace of the Joseon dynasty, and the traditional Bukchon Hanok Village, then continue on to Olympic Park, where South Korea emerged on the world stage as an economic superpower. Pass through the central Gangnam Station and check out the Samsung D’Light Technology Complex – an exhibition which showcases the tech giant’s latest and greatest products and advancements. Finish up your morning in the vibrant urban district of Hongdae, which is an ideal area for a spot of shopping, something to eat, or simply just wandering around with the local uni students of the area.

Take the metro to the Seoul bus terminal, then head on a public bus to Gangneung (approximately 3 hours). Situated on the east side of the Korean Peninsula, Gangneung is known for its pine forests, beaches and thriving café culture. Once arrived, join your group leader on a visit to Ojukheon and Seongyojang House, which are traditional Hanok houses once belonging to noble families of the area. They have been preserved in the original form and now provide an insight into what life was like hundreds of years ago. Continue on to Gyeongpo Lake, where you’ll be able to walk along the lakeside paths, which are adorned with cherry blossoms during the springtime. Afterwards, you’ll have a chance to explore at your own pace. Perhaps head to the Coffee Cupper Museum if you’ve got a caffeine fascination, or head to the beach if it’s warm for a swim.

Head out of town this morning on a day trip to Sokcho (approximately 2 hours each way by public bus). Take a morning hike up Korea’s most well-known mountain Seoraksan, which will take around 2.5 hours. Return to Sokcho and visit the Daepo Fish Market, where you might like to try mulhwae – a spicy raw fish soup which comes with all kinds of accompaniments. Later on, duck over to Abai – a small island village which the majority of residents are North Korean refugees having fled and settled here during the Korean War. Getting there is half the fun – you’ll have to work together to pull a rope on a small barge to get to the other side. In the late afternoon, return to Gangneung for a free evening.

This morning, head back to the capital, Seoul, then continue on a tour to the conflict-ridden and fascinating Demilitarised Zone (DMZ). Visiting the South Korean side of the Zone, learn how this peninsula has been divided ever since the devastating Korean War. You’ll pay a visit to points of interest including the Third Tunnel of Aggression, Unification Bridge, Imjingak Park and the Dora Observatory, where you can view across much of the DMZ. It’s truly a thought-provoking day. After the tour has come to an end, enjoy some time at your leisure in Seoul.

Make tracks on an express bus to Andong (approximately 2.5 hours), then continue for another hour or so to the Andong Hahoe Folk Village. This quaint traditional settlement is easy to walk around, so join your leader on a stroll visiting traditional houses, including the one that hosted Queen Elizabeth II in 1999. Later on, you may like to take a ferry across the river for an easy hike up Buyongdae, where you’ll get a bird’s eye view of the community. Being a traditional Korean outpost, there may also be masked dancers performing in town, and to learn more about this ritual, why not visit the nearby mask museum.

This morning, visit the local Confucius temple and school with your leader to learn about how this religion has affected the culture and traditions in South Korea. Then you'll leave from Andong Village to Suncheon in a private vehicle (approximately 4 hours). Suncheon holds a special place in South Korea because it now part of a free economic zone and also considered by some as the ecological capital of South Korea. Arrive in the city in the late afternoon and join your leader for an orientation walk to get your bearings, before having a chilled-out night.

Get out and about in Suncheon today on a tour of its most notable sights. You’ll be travelling on public buses between places so be sure to have a light day pack and some water to carry with you. Visit the Suncheonman Bay Wetlands and Suncheon Bay National Gardens. Wandering through fields of reeds swarming with diverse birdlife as well as the diverse landscapes of gardens inspired from around the world is an ecological delight. Be sure to check out Dream Bridge – an artistic installation designed by Kan Ik-joong which is decorated with more than 140,000 drawings by children from around the world. You may like to check out these natural areas by renting a bike, but you can easily walk. Continue on to an open film set, which consists of three villages, each representing a different era from the 1950s to the 1970s. Afterwards, head to the Nagan Fortress village, which was originally established as a fortress against the attack from Japanese pirates, and now is a rare village that has survived colonial rule, with around 300 people still considering it home.

Jump on the train and head back to Seoul (approximately 3 hours). After checking in, perhaps venture out and explore the Hannam and Itaewon districts, or with your free time, you might like to check out the large range of shopping Seoul has to offer. Gather together with your travel pals at night for an all-you-can-eat barbecue feast – your group can’t have left Korea without some Korean barbecue!

With no activities planned for today, you are free to leave at any time. Check out from your accommodation is at 12 pm.