Let whimsical Suzdal capture your heart and imagination with its onion-domed monasteries, spiced-honey mead and during dinner with our local friends.. Enjoy a tea party with a local family in one of St Petersburg’s Soviet-era communal apartments, grand dwellings converted to working class accommodation after the Russian Revolution.. Visit the mausoleum of Lenin, famed revolutionary and Bolshevik leader, and compare the tomb’s austerity with the eye-bulging treasure collection in the Kremlin and Armoury Museum.. Discover Russia’s oldest city on a guided walk through Novgorod, including the 15th-century Kremlin compound that sits on the banks of the Volkhov River.

Experience the essential sights of a land that lay hidden behind the Iron Curtain for decades on a revealing eight-day tour of European Russia. Travel through Moscow, Suzdal, Novgorod and St Petersburg to peel back some 1000 years of history. From the blue-domed whimsy of the tenth-century Cathedral of the Nativity to the Soviet-era communal apartments of St Petersburg and the restaurant car of an overnight train – this adventure is the perfect introduction to the expansive history and diverse faces of Russia’s western reaches. 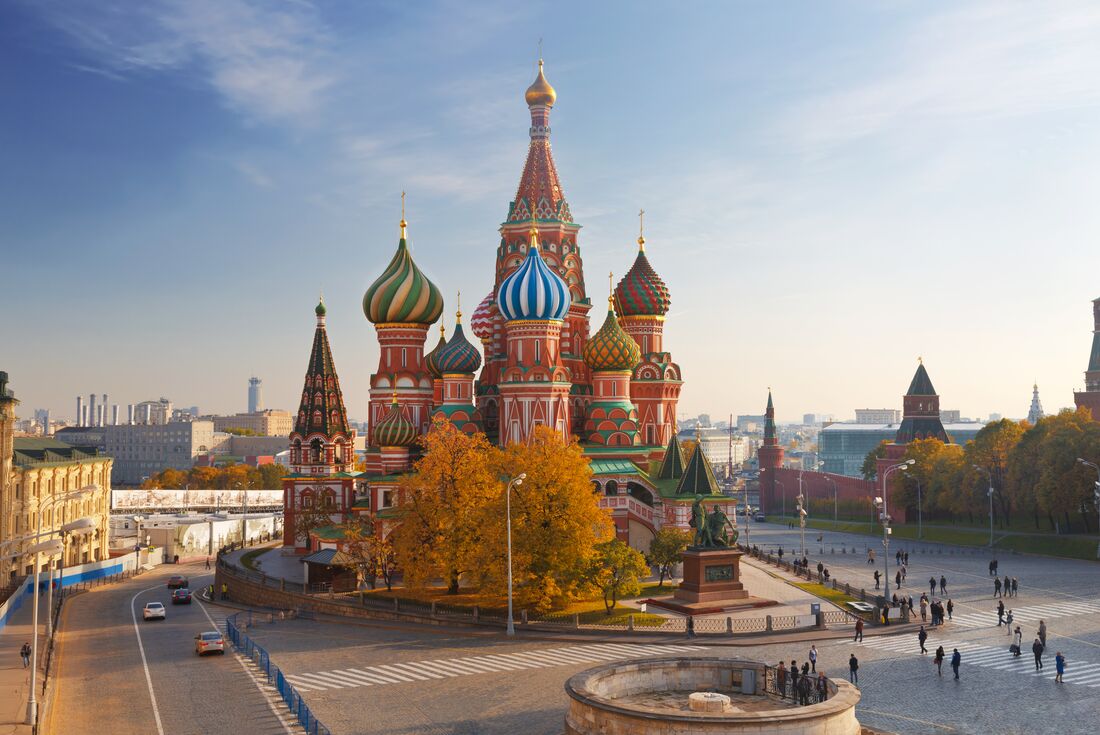 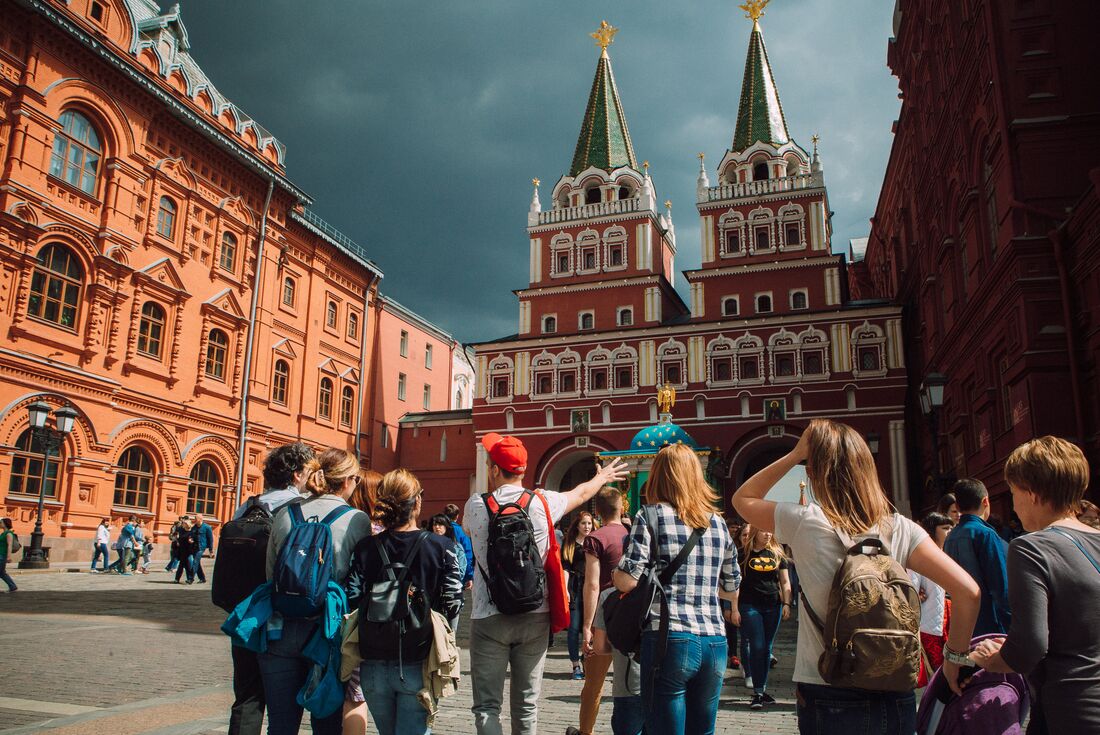 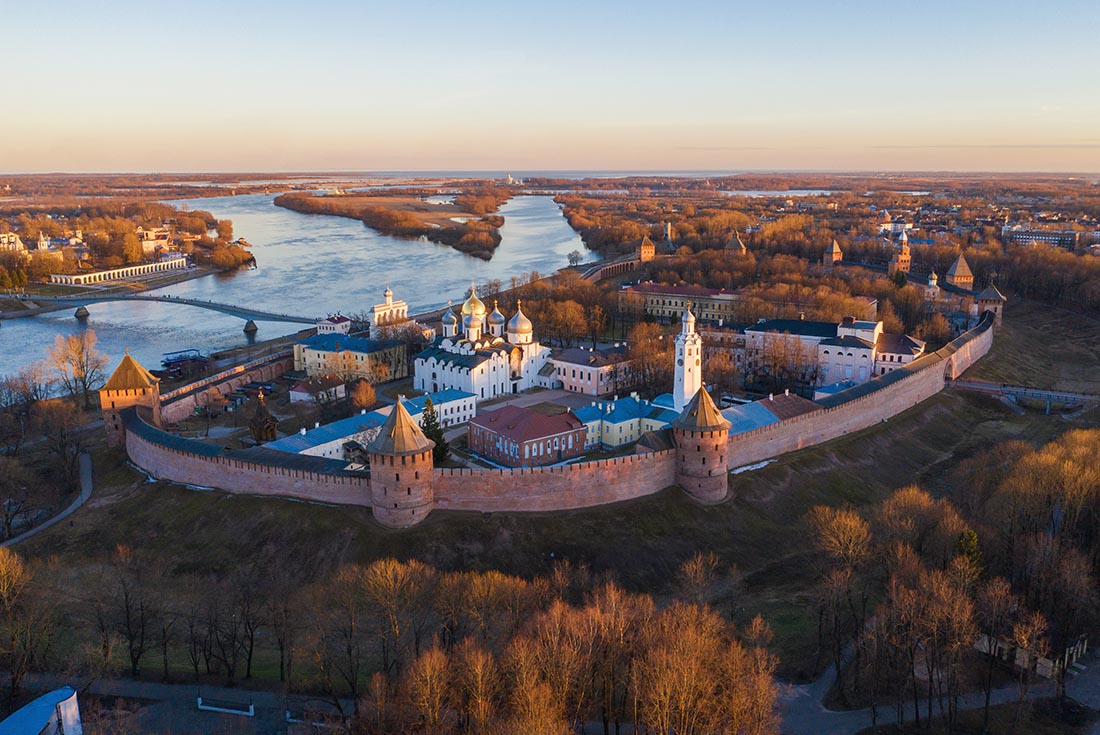 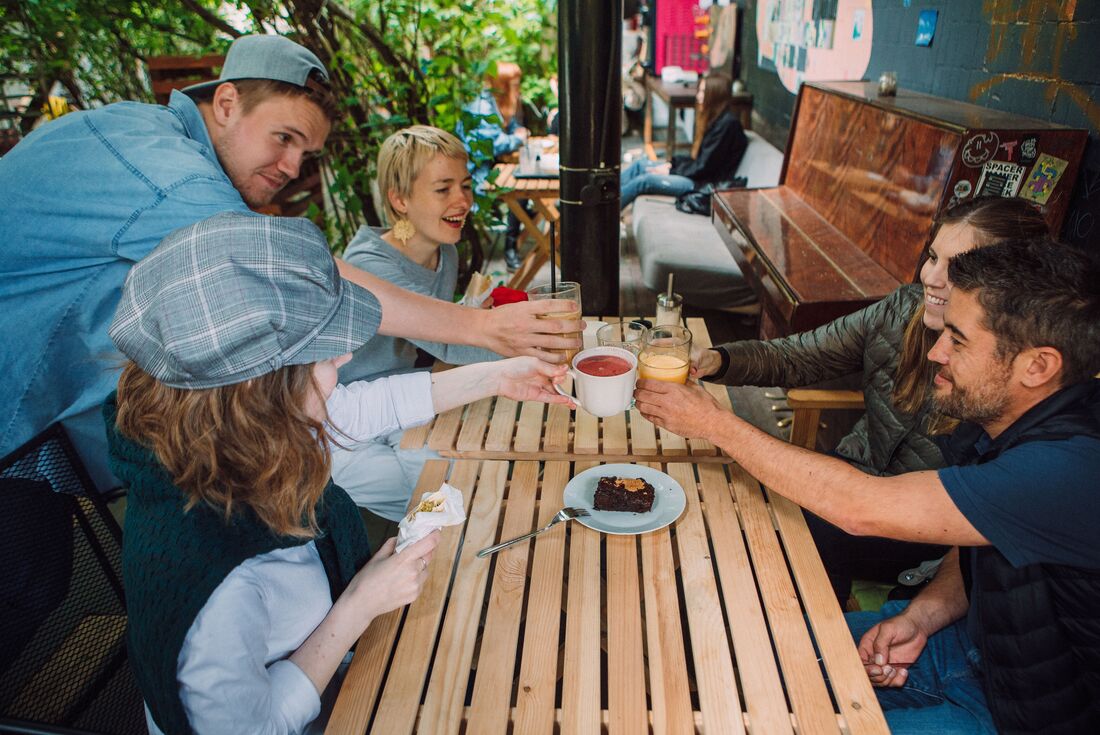 Zdrastvutye! Welcome to Moscow, a city that has survived centuries of revolution and tumult, from the days of the tsars through the communist era to the growing pains of democracy. Your adventure begins with a welcome meeting at 6 pm tonight at your hotel. After the meeting, your leader will organise an optional meal so you can enjoy your first taste of delicious Russian cuisine with new friends. If you arrive in Moscow with time to spare, there’s plenty to see in this fascinating, historic city. Consider taking an immersive local-led tour with Urban Adventures like the Moscow Underground tour, which reveals Soviet Russia through the mind-bending Moscow Metro.

Get ready for a morning of travelling. You'll take the train to Vladimir and then get transferred to Suzdal, arriving around middday. The town is a main stop on Russia’s legendary Golden Ring, the circle of ancient and former capitals that played an important part in the formation of the Russian Orthodox Church. Fairy tale-esq Suzdal is filled with contrasting examples of early Russian architecture, where onion-domed monasteries stand next to lovingly decorated wooden cottages. In the afternoon, get to know Suzdal on a 3-hour walking tour of this ‘open-air museum’. Take in the grandeur of the Kremlin, the carved stonework of the Cathedral of the Nativity, the trading square, market and monasteries. If there’s time, walk along the banks of the river and then pop into a local cafe for tea, bliny (pancakes) with caviar, or the Suzdal specialty of medovukha (honey-based spiced mead) or peek inside the crumbling churches that line the narrow streets and alleys. Tonight, meet with your group and be welcomed into a local household to enjoy some hearty home cooking.

This morning, say goodbye to Suzdal and travel back to Moscow. The afternoon and evening is all yours to spend. Maybe hop on and off the metro to explore the palace-like stations, visit Tretyakov Art Gallery, or spend a leisurely afternoon at Gorky Park. Tonight would also be the perfect time if you want to see any of the theatre performances, but we recommend you to book the ticket in advance as they are in high demand.

Visit the mausoleum of Russia’s most famous revolutionary – Lenin. Join the groups of tourists and locals waiting see the preserved body of the initiator of the 1917 Russian revolution, contained in an austere building in Red Square. Continue with a local guide to the Kremlin grounds, home to the oldest and most important churches in the country, and the resting place for many Tsars and Tsarinas. Walk through the soaring towers and cathedrals of the political and spiritual heart of Russia before entering the Armoury Museum, home to an eye-bulging former royal collection of ambassadorial gifts, Faberge eggs, coronation robes and glittering jewels. This evening board an overnight train to Novgorod (approximately 8 hours) from Moscow's Leningradskiy railway station.

Arrive early in the oldest city in Russia. Explore the city's sights on foot with your local guide. The city's foremost attraction is the graceful Kremlin on the banks of the Volkhov River. Inside there are museums and the Cathedral of St Sophia, as well as the amazing Millennium Monument, which tells the story of 1000 years of Russian history. On the opposite bank of the river are quiet shady streets, the graceful ruins of Yaroslav's Court, and other echoes times gone by. In your free time, maybe check out the Yurev Monastery on the shores of Lake Ilmen, visit the Wooden Architecture Museum just outside of town, or catch a performance at the Philharmonic Hall. In the summer you can relax on the little riverside beach or take a boat trip on the Volkhov River. Tonight, maybe hit the banya (bath house) for a refreshing steam and wash with the locals.

Travel by private bus from Novgorod to St Petersburg, one of Russia’s most celebrated cities (approximately 4 hours). Truly one of Europe's grandest cities, the living museum of St Petersburg is a blend of baroque European architecture and Russian royal history, built by the Russian tsar Peter the Great by forced peasant labour. Head out on a walking tour with your leader to learn about the city. In the evening, visit the home of our local friends and have a tea party, Russian-style. Not all of the family members speak English, but with your leader on hand to interpret and their warm hospitality, you'll be feeling like one of the family in no time. These families live in St Petersburg's Soviet-era communal apartments, which are still common in St Petersburg. This is a truly unique local experience that you won't find anywhere else.

Built on 42 islands, St Petersburg is also known as the ‘Venice of the North’. Spend a free day exploring the city, crossing its many rivers and canals at your own pace. Perhaps enjoy incredible views across the city from the colonnade at St Isaac’s Cathedral, or walk along Nevsky Prospekt – St Petersburg’s main street. Maybe pop into one of the many bakeries or coffee shops along the way, or head down to Aleksandr Nevsky Lavra where Russia's great musicians and writers like Tchaikovsky and Dostoyevsky are laid to rest in the cemetery. Feeling artistic? You could give life to a family of matryoshka dolls in a painting workshop. Whatever you choose, the city is easy to get around and your leader can help you make the most of your free day. Tonight, perhaps gather together your fellow travellers and seek out a cosy restaurant.

Your Russian adventure will come to an end today after breakfast. There are no activities planned and you are able to depart the accommodation at any time after check out. St Petersburg has much to offer. If you’d like to stay on to explore please speak to your booking agent about securing extra accommodation (subject to availability).