Follow the mother of Russian rivers, the Volga, on an immersive and historical adventure of Russia, discovering its hidden gems.. Come face to face with the ethnic Tatar culture in its capital Kazan, and take a day trip to Sviyazhsk Island – once the fortress of Ivan the Terrible.. Explore Volgograd, once known as Stalingrad, on a guided historical city tour. It is a sobering experience to hear about World War II’s Battle of Stalingrad, told from a Russian perspective.. Discover Stalin’s hidden bunker in the USSR’s ‘second capital’ in Samara – a secret underground hideout rediscovered nearly 50 years after being built.

Go deeper than Stalin’s bunker in the political, religious and military history on an adventure through Russia. Embark on an 11-day small group trip from the majesty of Moscow following the Volga River through to the baroque architecture of Kazan, Ivan the Terrible’s Volga fortress at Sviyazhsk, the USSR’s ‘second capital’ in Samara and to the infamous Volgograd – the location of the Battle of Stalingrad in World War II. With expert local knowledge, hearty Russian and Tatar cuisine and a bucket load of culture, a journey through Russia has never seemed so fascinating. 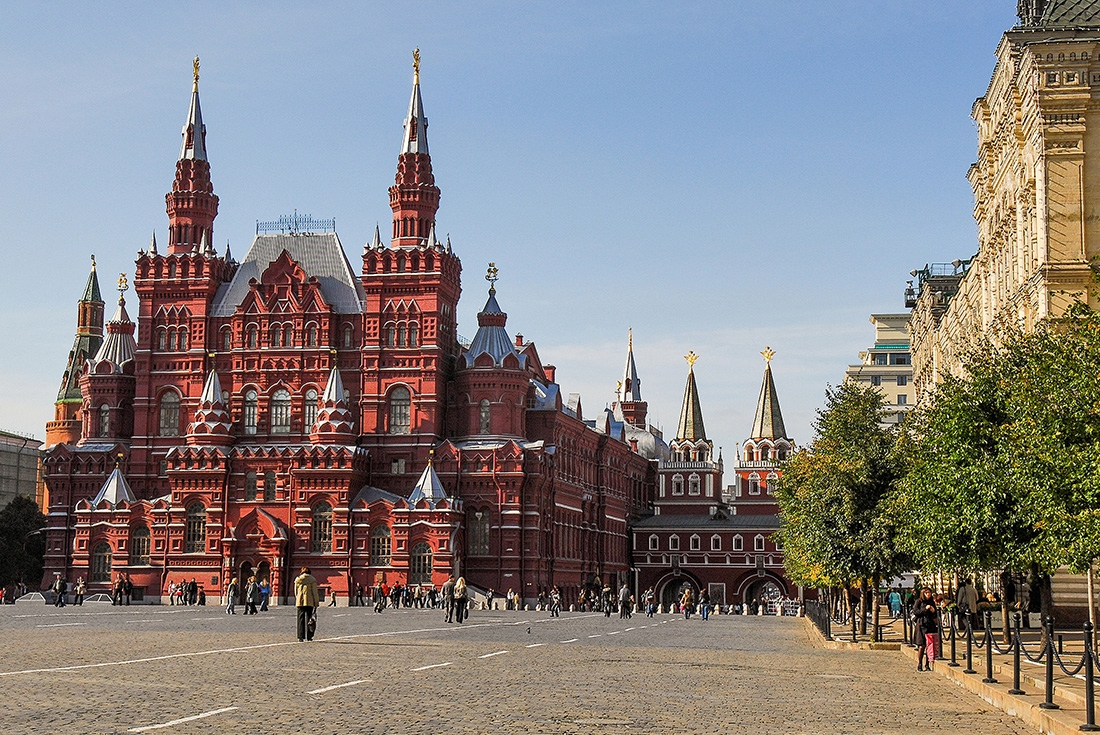 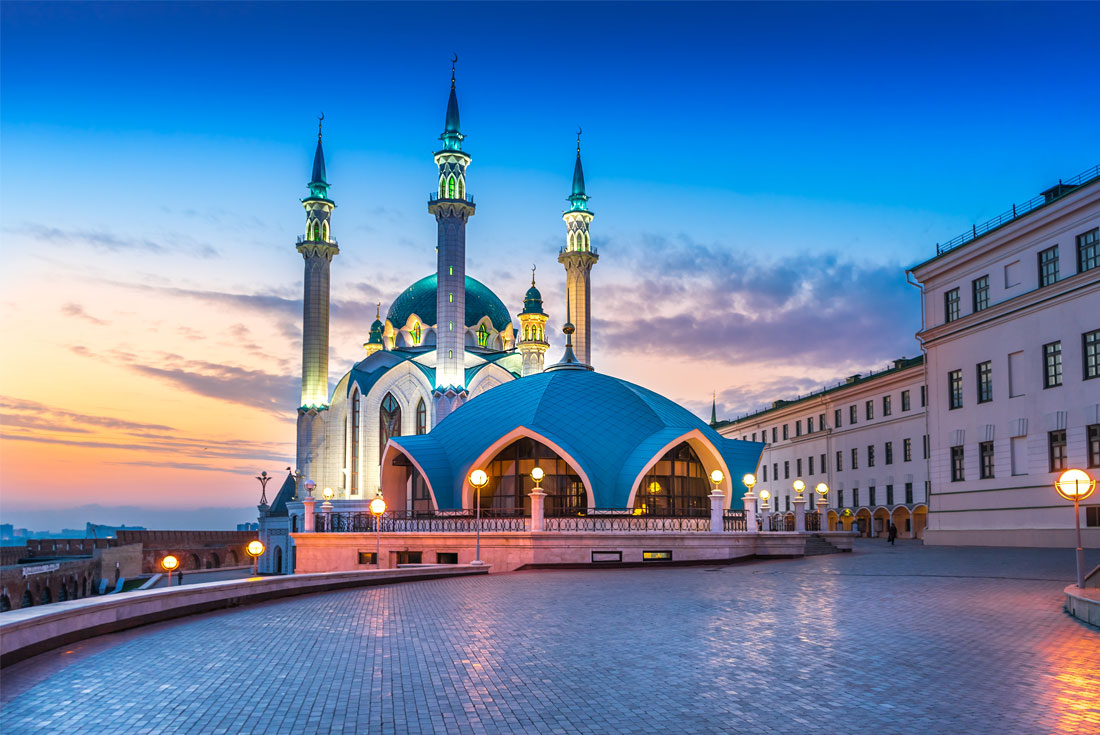 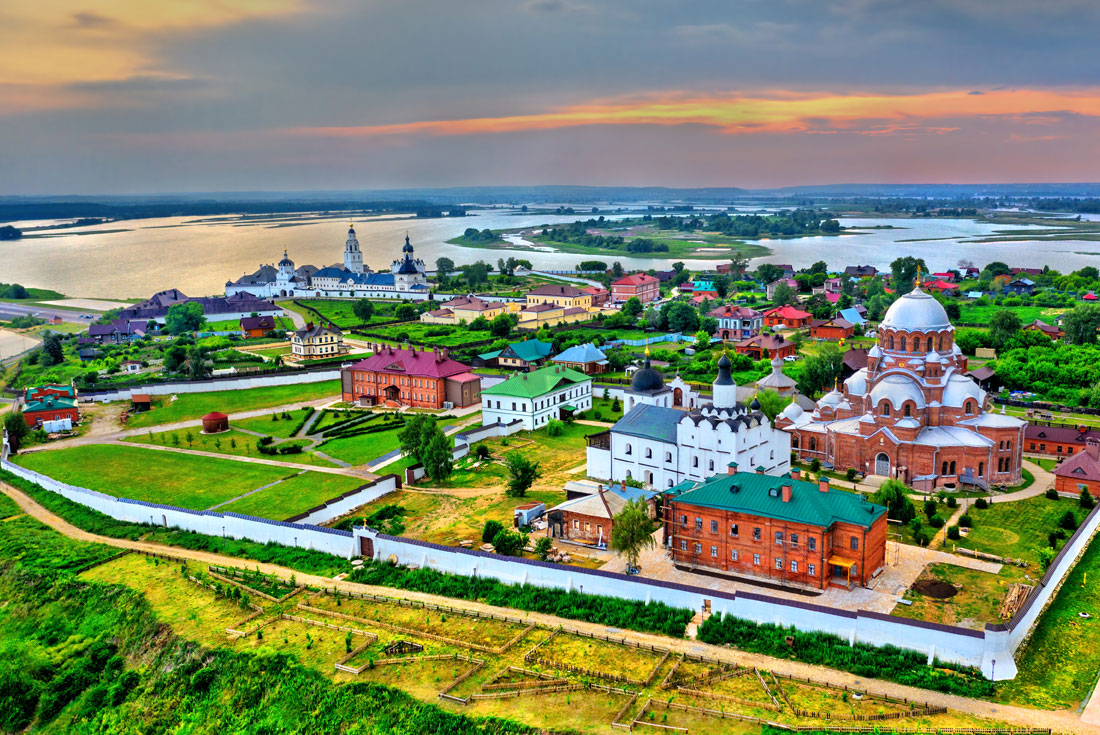 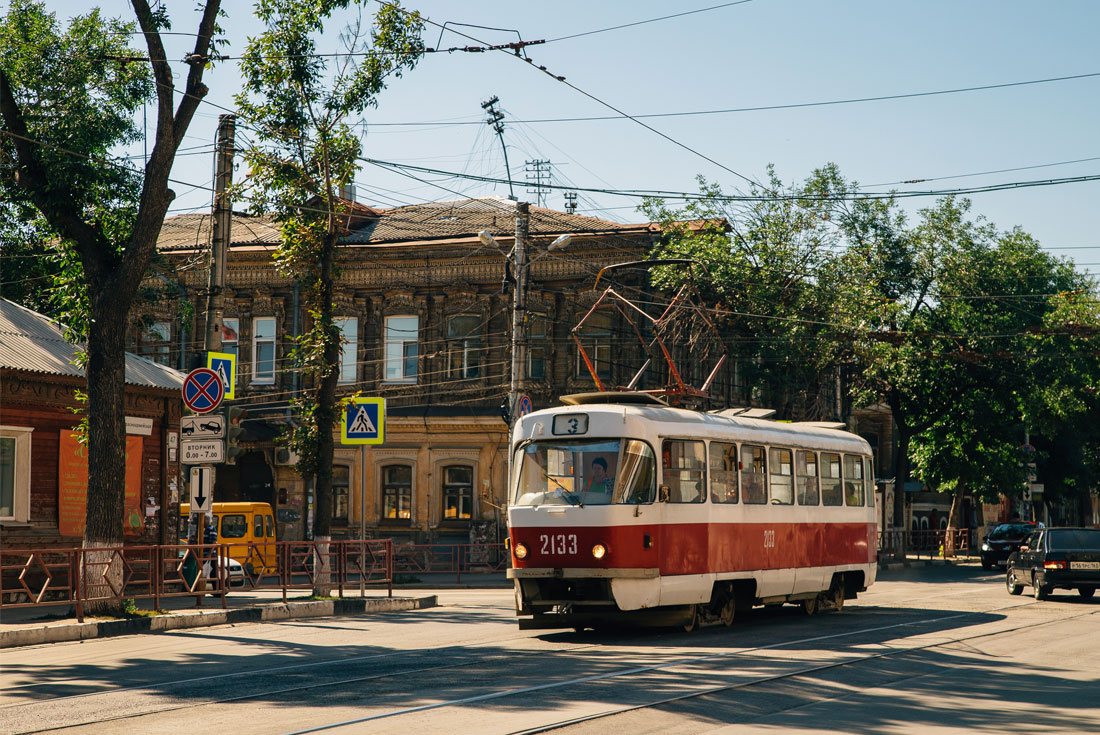 Zdrastvutye! Welcome to Russia. Moscow is a fascinating, historic city with a wealth of sights to see. There’s so much to see and do in Moscow that it’s worth arriving a few extra days before the start of the trip. Your adventure begins with an important welcome meeting at 6 pm at the hotel today. It’s very important that you attend the welcome meeting as we will be collecting insurance details and next of kin information at this time. After the meeting, your leader will organise an optional meal so you can enjoy your first taste of delicious Russian cuisine with new friends.

This morning, take a tour of Moscow’s renowned metro network. This underground railway system is not known for its transport, but rather the beautiful palatial stations around the city. Your expert guide will take you to some of the most fascinating stations, will tell you their intriguing history and about their design. In the afternoon, you’ll have some free time to explore some more of Moscow. Either later this afternoon or into the evening, board an overnight train bound for Kazan (approximately 12 hours). Trains on this journey are simple but comfortable. You’ll travel 2nd class on this trip. There's a toilet/bathroom at the end of each carriage with a small sink and cold water. An attendant is assigned to every carriage to look after your comfort and safety (although service standards can vary greatly). Each compartment has four bunks with luggage storage space inside. Bedding is provided, although some travellers still prefer to bring their own sleeping sheet. There's hot water available for making drinks or instant meals, tea and coffee. Sometimes snacks and drinks are available for purchase on board and most trains also have a dining car, although with a limited menu. Please note that in many cases, due to high demand for tickets on this route, the group is not always together. It's likely that at least some members of the group will be sharing compartments with other travellers, either foreign or local, particularly if your group does not divide evenly into four.

Arrive this morning into Kazan, a city in southwest Russia on the banks of the Volga and Kazanka rivers. The city of Kazan has been subject to much conflict in centuries past, having been conquered by Ivan the Terrible in 1552, but is now home to over 173 ethnic minorities, including the Tatars. Tatars make up about half of this region, which is known as Tatarstan. After some breakfast, take a guided city tour around the downtown Bauman pedestrian street. Pass the Kazan Kremlin – the world’s last remaining Tatar fortress, which houses the Kul Sharif Mosque and Suyumbike Tower. Also, take a visit to one of Kazan’s most ornate buildings – the Orthodox church of Peter and Paul Cathedral. Continue to explore the city in your afternoon, and perhaps discover traditional Tatar cuisine with your group for dinner – be sure to snack on the traditional fried and sticky dessert known as chak-chak.

This morning, catch a public bus and ferry to the island town of Sviyazhsk (approximately 2 hours). Sviyazhsk was founded as a fortress and the citadel and town were built in just four weeks, using a 75,000-strong workforce. The island is well-known for its accurate depiction of Russia’s architectural and cultural history within its walls, and has two monasteries and seven churches. You’ll visit the Museum of Sviyazhsk History, Assumption Monastery and John the Baptist monastery, as well as a unique exhibition devoted to "Archaeological Wood" - we will leave you to find out what that means!

Today is free for you to do as you please in Kazan. There are a number of optional activities that you may like to embark on today, including a visit to the Soviet Lifestyle Museum, the National Museum of Tatarstan, or even a Tatar cooking class! You may also like to head to the colourful Temple of All Religions, which is a mix of architectural styles that come together to house influences from all major religions. This evening, board an overnight train bound for Samara (approximately 11 hours).

Arrive in the morning, and transfer to your riverside accommodation on the opposite side of the Volga River. Once you’ve dropped your bags and freshened up, head on a guided city walking tour. The city of Samara sits on the junction of the Volga and Samara rivers, and is a major hub for air, rail and river transport. Take a walk with your group leader from the expansive Kuybishev Square to Revolution Square, passing by old merchants’ wooden houses along the way. Samara is hilly in sections, so be ready for some exercise. Some time today you’ll also visit one of Stalin’s bunkers underneath the city. This bunker was built in 1942 because Samara was designated as the USSR’s second capital city, in the case that Moscow fell to the Germans in World War II. It was built in secret and only discovered in 1991 when it was turned into a museum. The bunker is 37 metres deep – equivalent to a 12-story building. After your visit, return to your cottages along the Volga River. You’ll be staying in traditional Russian riverside dwellings tonight, with an included hearty dinner in the evening.

Today is a day at leisure in Samara, so do as you please! Keep in mind that you will board a train to Volgograd in the late afternoon. Perhaps take a look around the Samara Space Museum, take a stroll on the walkways along the Volga River, which were built and restored for the 2018 FIFA World Cup, or head to Zhiguli Brewery for a drink, either inside at their pub, or take a bottle with you to get filled for you to take down to the river! In the late afternoon, head to the train station and embark on a journey to Volgograd (approximately 17 hours).

Welcome to Volgograd! Once arrived, head on a city tour of this historic city. Volgograd, formerly Stalingrad, was the site of World War II’s Battle of Stalingrad – the largest and bloodiest battle between Germany and its allies, and the Soviet Union. It is estimated that 1.8-2 million were killed, wounded or captured in the battle, which lasted five months, one week and three days. Your city tour will take you through the history of World War II and the Stalingrad battle and you’ll pass by some of the most important monuments and sites of the city. Volgograd is steeped in military history, and you’ll be able to have all of your questions answered with an expert local guide today.

As there’s so much to see and do in Volgograd, you’ve got today to choose your own adventure. You might like to continue your wartime exploration with a visit to Rossoshka – a memorial cemetery 35 kilometres from Volgograd which marks the final resting place of nearly 100,000 soldiers, or the Old Sarepta Museum - a former settlement of Volga Germans. Otherwise, check out the Volga-Don Canal or find yourself some pirozhki (baked or fried buns stuffed with endless kinds of fillings). The best thing is – it’s up to you!

Take a morning or early-afternoon flight back to Moscow (approximately 2 hours). Once taking into account airport transfer times and traffic into the city centre, you will check in to your accommodation mid- to late-afternoon. Have some free time afterwards, and perhaps get your group together for a celebratory local dinner – your group leader will know some delicious spots in the city.

There are no activities planned for the day, and you're free to depart at any time. While your adventure may be continuing elsewhere, we highly recommend extending your stay in Moscow to see the array of sights and experiences on offer in this enchanting city. Better yet, you may like to book yourself in to an Urban Adventures tour, like Moscow By Bike, where you’ll spend an afternoon cycling around the green heart of the city. For more information, see urbanadventures.com/destination/Moscow-tours.