Wander around Rome’s famous landmarks including the Colosseum, Vatican City, Sistine Chapel, St Peter’s Basilica and much more. This is a city that bucket lists were made for. Feel La Dolce Vita while sipping espresso alongside sharp-dressed locals on the glamorous Sorrentine Peninsula. Indulge in authentic, traditional pizza in the place of its birth – Naples. Buon appetito!. Explore the vast, frozen in time ruins of ancient Pompeii, which emerged from the ashes after thousands of years, and take a peak inside the steaming crater of Mt Vesuvius, the volcano that destroyed it

If you want a short trip packed with diversity, then this tour of southern Italy is the adventure for you. Acquaint yourself with Italy’s ‘Eternal City’ of Rome and learn about the catastrophic fate of Pompeii. Soak up the sunshine in the coastal town of Sorrento and explore the beautiful Amalfi Coast. This trip offers the chance to delve into history, culture and cuisine and to live a little of la dolce vita. 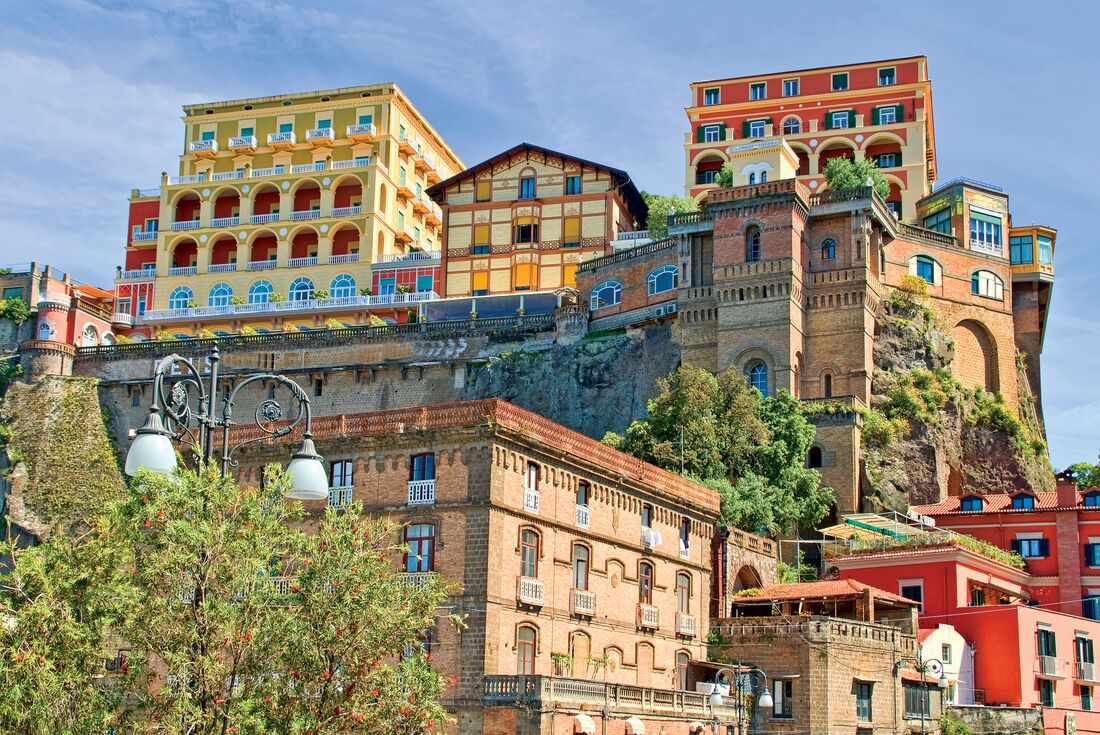 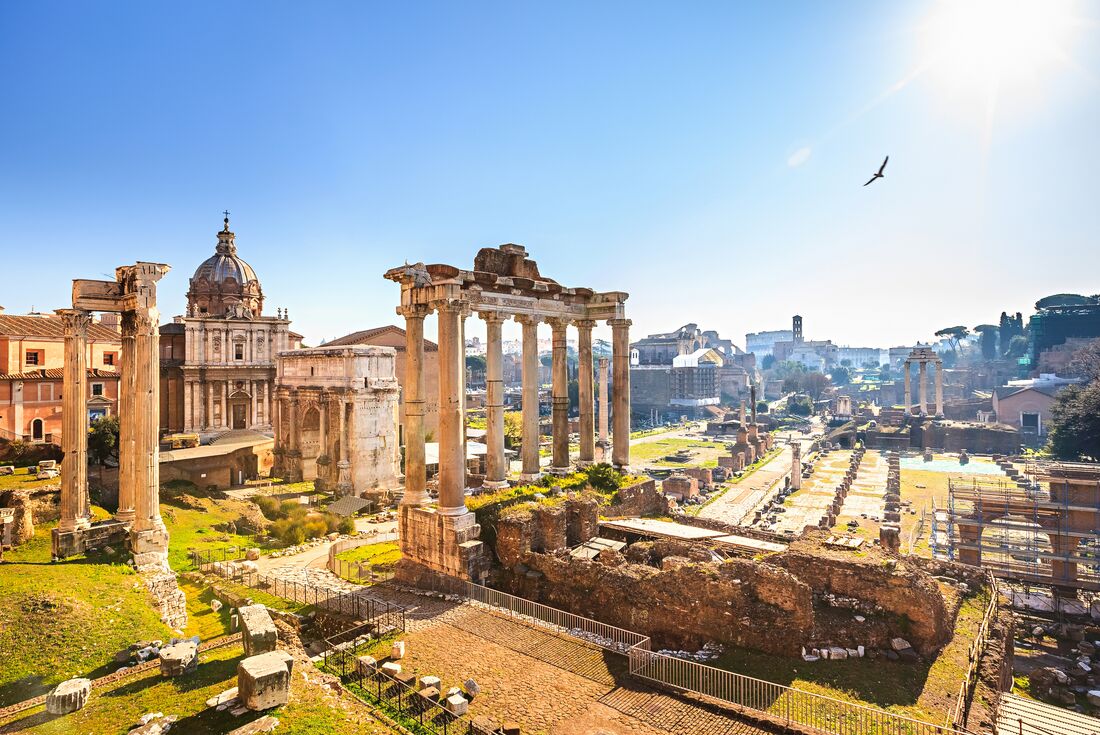 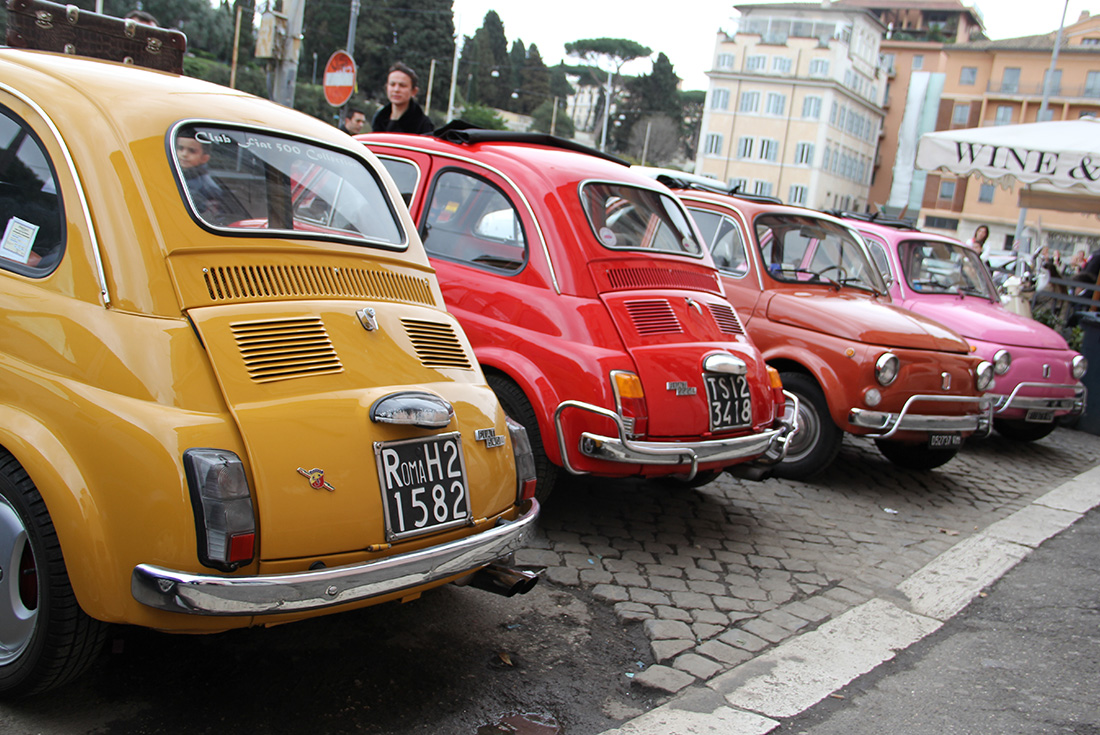 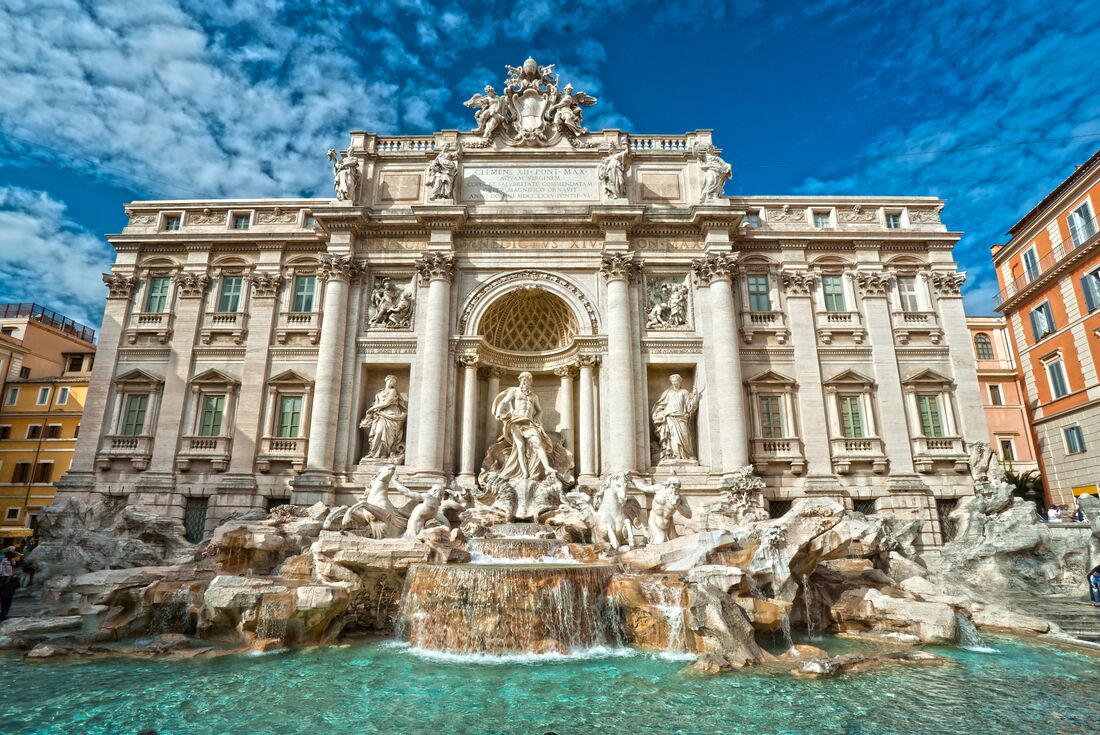 Buongiorno! Welcome to Italy. Crowded with ancient ruins and religious monuments, Rome still pulses to the beat of modern life and is packed with designer shops, restaurants, cafes and exciting nightlife. There are no activities planned before the group meeting at 6pm tonight, so you can arrive any time before then. It’s very important that you attend the welcome meeting as we will be collecting insurance details and next of kin information at this time. If you are going to be late please let your travel agent or hotel reception know. Ask reception or look for a note in the lobby for more information on where the meeting will take place. There are so many things to do in Rome – the Colosseum, the Forum, Piazza Navona, the Spanish Steps, Via Condotti, Piazza Venezia, the Vatican City and St Peter's Basilica – so arriving early is recommended. Don’t forget to do as the Romans do and sip an espresso at one of the tiny streetside cafes and sample the many flavours of gelato that colour the city, best done in the bohemian neighbourhood of Trastevere. For those captivated by the 'Eternal City', throw a coin into the Trevi Fountain to ensure a return visit to Rome.

Travel by train to Naples (approximately 3 hours), a raucous city that overflows with passion, tradition and gastronomy. Naples was carved out by many empires of the past and by merchants and pirates from across the world: Romans, Phoenicians, Carthaginians, Venetians, Spaniards, Normans and Africans. Its evocative, historical old centre is a World Heritage-listed area and the famous Spanish Quarter is still one of the most densely populated residential areas in Europe. Naples is the birthplace of the pizza, so why not head to one of the many pizzerias and taste what's truly some of the best that Italy has to offer. Head underground to see ancient Napoli Sotterranea, the famous underground city. Later in the afternoon, board a train to the time capsule of Pompeii, in the shadow of Mt Vesuvius (approximately 1 hour). Your accommodation is perfectly located right near the entrance to the archaeological excavation site.

The small picturesque town of 'modern' Pompeii has a wonderful old town square – the perfect place to while away some time with the locals, drinking true Italian coffee and watching the world go by. Most of today though will be spent exploring the ruins of ancient Pompeii on a guided tour. Until 26 August, 79 AD, Pompeii was a thriving Roman trading centre, where ordinary people went about their everyday business, but it was frozen in time when Mount Vesuvius erupted, killing 2,000 people and their homes under a layer of ash. The city was never rebuilt and largely disappeared from people’s minds until the 18th century, when the ruins were re-discovered. Now you can take an unparalleled look back into the lives of ancient Romans and discover how they lived, worked and interacted 2,000 years ago. The finely preserved ruins include villas, temples, theatres and bustling markets. Walk along the chariot-marked streets, visit the magnificent amphitheatre and the ‘Villa of Mysteries’. You can also visit the Roman Forum and basilica, temples, public baths, and the tiny Odeon created for music recitals. The rest of the day is free, but if the ruins piqued your interest, head to nearby Herculaneum, which also holds a wealth of fossilised archaeological finds.

This morning take a bus up the mighty Mt Vesuvius, where you’ll meet a local volcanology guide. Ascend to the summit of Mt Vesuvius for staggering 360 degree views over the Bay of Naples and into the steaming crater. Although Mt Vesuvius is still considered to be an active volcano, the last eruption was in 1944 and there's no sign of lava. See first-hand the awesome power of the volcano that engulfed the cities of Pompeii and Herculaneum in 79AD. In the afternoon, travel by private vehicle to the picturesque resort town of Sorrento (approximately 1 hour). People have been coming to the peninsula and islands of the Sorrento region for at least 2,000 years, and set invitingly atop dramatic cliffs over sparkling, blue waters, it's easy to see why. There are many options in this small seaside town with its fine piazzas, maze of old streets, sidewalk cafes and glamorous shops. The area is also famous for its lemon groves, producing the famous limoncello liqueur. In the evening head out to try some of the best limoncello on offer in Sorrento.

You have a free day to explore this delightful area and the museums, galleries and piazzas of Sorrento. Perhaps stroll along the marina or cool off in the waters of the local small beaches. They’re not big on sandy beaches here, so swimming Sorrento-style is via wooden or stone bathing platforms beneath the cliffs. Taking a trip to Capri is also a great option, with a hydrofoil taking you across to the island that was once home to the magnificent holiday palaces of the Roman emperors. Capri’s dramatic rocky coastline is pierced by natural grottoes, while in the interior, narrow roads wind through fragrant citrus groves, past villages of flat-roofed white cubist-looking houses with flower-filled gardens, and manicured towns which offer swanky hotels and chic cafes. Here you can take a boat trip to the fairy-tale Blue Grotto (La Grotta Azzurra), where the water shines with an extraordinary blue translucence, a result of refraction of the sunlight outside. Your leader will be of assistance and will have plenty of suggestions of what to do and see today. End the day a very Italian way with a demonstration of Gelato making.

Arrive on the Amalfi Coast after a short journey by private vehicle (approximately 2 hours). The Amalfi peninsula is a land of rocky coasts, cliff-top vistas, azure seas, tiered lemon groves, whitewashed villages clinging to steep cliffs, and bright blue skies. If you're after a relaxing walk with a few cultural highlights, stroll from one side of Amalfi town to the other and pay a visit to the Cattedrale di Sant'Andrea and the Chiostro del Paradiso. If you’re after something more active, perhaps embark on a walk through the Valley of Mills where for centuries paper mills were in operation. Alternatively catch a bus up the Valley of Dragons to reach pretty Ravello. The French novelist André Gide once described this town as being ‘closer to the sky than the seashore’. For centuries, its lofty position and sunny, dry climate has made it an appealing place for writers, artists, musicians and travellers. Ravello also boasts two magnificent villas – the superb 11th Century Villa Rufolo which was once the home of Wagner, and Villa Cimbrone, a sumptuous 19th Century mansion with fabulous gardens and unequalled views over the Gulf of Salerno. Otherwise just laze around on the beaches and in the piazza, gazing back up at the amazingly picturesque part of the world.

Your leader will take you for a half-day hike along the narrow trail of the famous Sentiero Degli Dei (the Walk of the Gods) which, until quite recently, was followed by mules and donkeys as they traversed the dramatic landscape. This path winds its way through unique scenery and boasts unrivalled views along the coast. Walk through forests and fields of wildflowers, olive groves and vineyards, past ancient stone huts and beside sheer walls of granite. Glimpse local farmers tending their crops by hoe and elbow grease, herds of goats feeding beside the trail beside their shepherds, and teams of workmen commuting by mule. The trail ends in picturesque Positano where there will be ample time to explore and maybe take a dip in the sea. Return to Amalfi by ferry which is the perfect way to see the coast from a different perspective. With tonight your last night as a group, it’s a good idea to gather your fellow travellers together and head out for a feast to celebrate the end of this Italian adventure.

There are no activities planned for the final day and you are able to depart the accommodation at any time. As there is so much to do along the Amalfi Coast you may want to consider to extend your stay here. We are happy to book additional accommodation for you, subject to availability. Please enquire at the time of booking.