Until 2005, the Gocta Falls sat hidden in the Andes, known only to the locals. These secret waters flow to create one of the tallest falls in the world, setting a magical scene of mist, water and flourishing rainforest. Spend a full day exploring the ruined Chachapoya fortress of Kuélap, one of the most important archaeological site of the Andes. Understand the cultural importance of Chachapoya afterlife on an excursion to visit the cliff-side Karajia Sarcophagi and Quiocta Caves. .

Unlock the secrets of the Andes on this adventure, discovering lost cultures and landscapes in the process. Embark to the towering Gocta Falls, a place undiscovered by the first world right up until 2005. Track down the remnants of the Chachapoyas, stumbling upon towering fortresses and halls of the dead – then wind it all down in the streets of Lima over drinks with friends. From civilisation into the wild unknown, explore a land that time almost forgot. 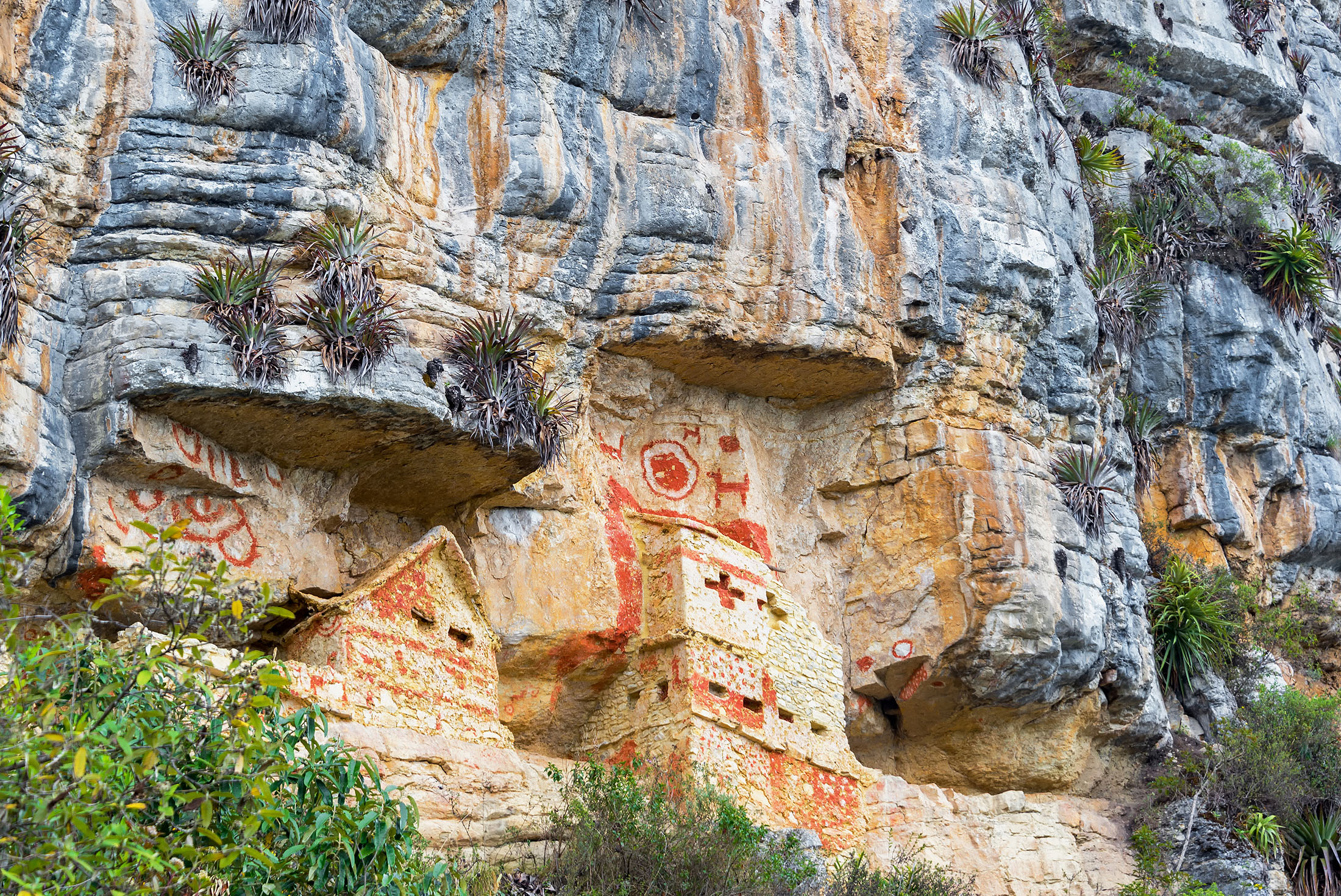 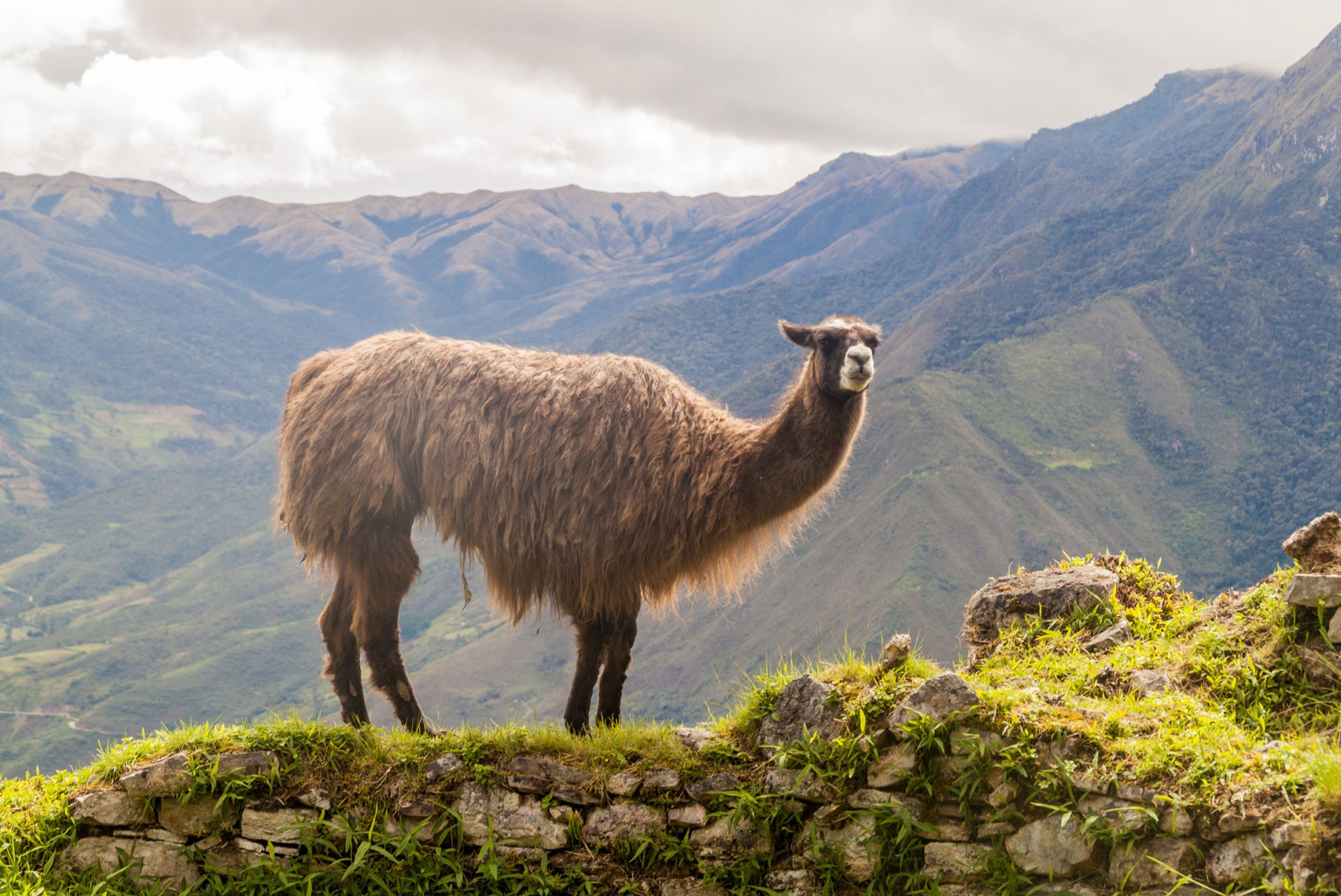 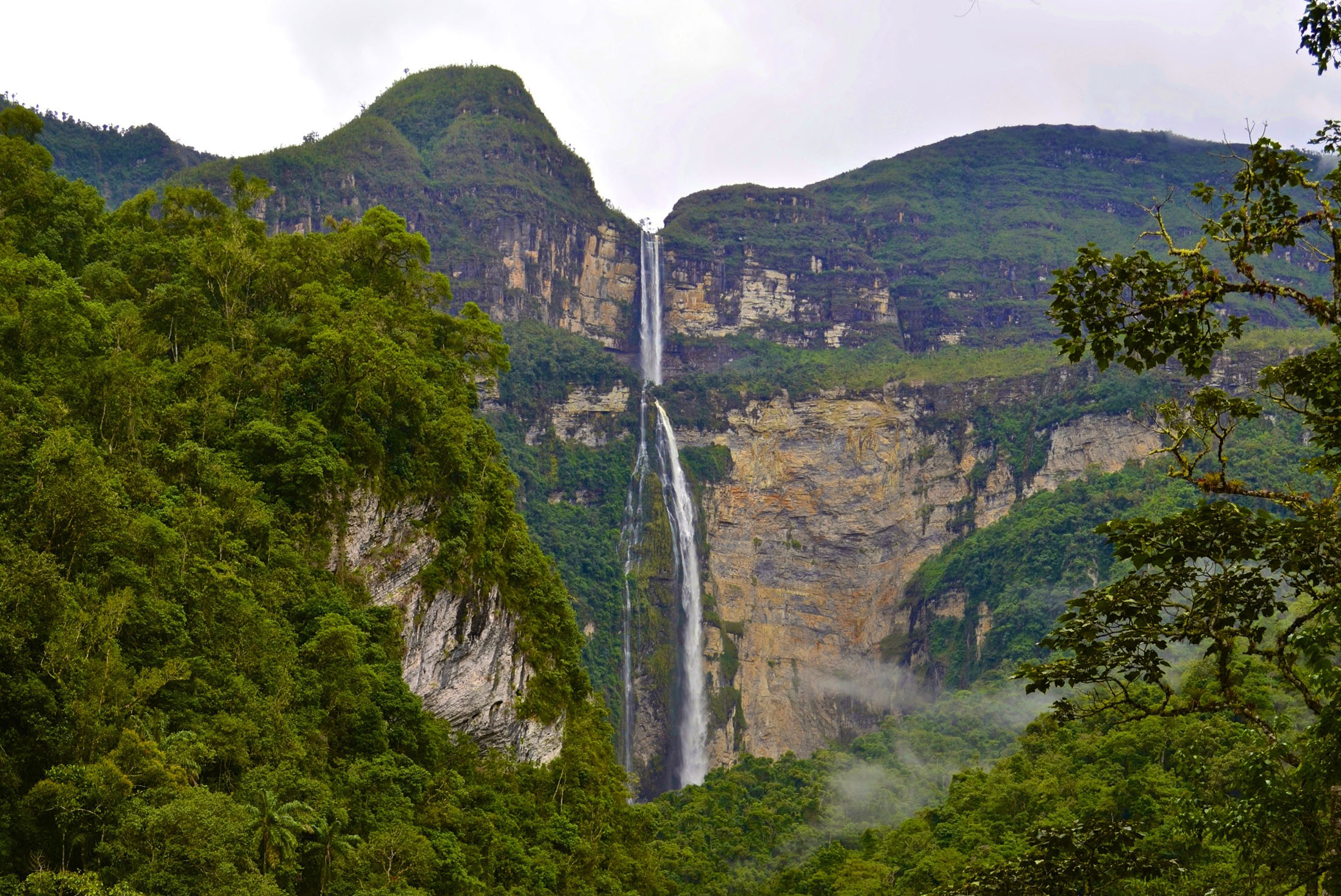 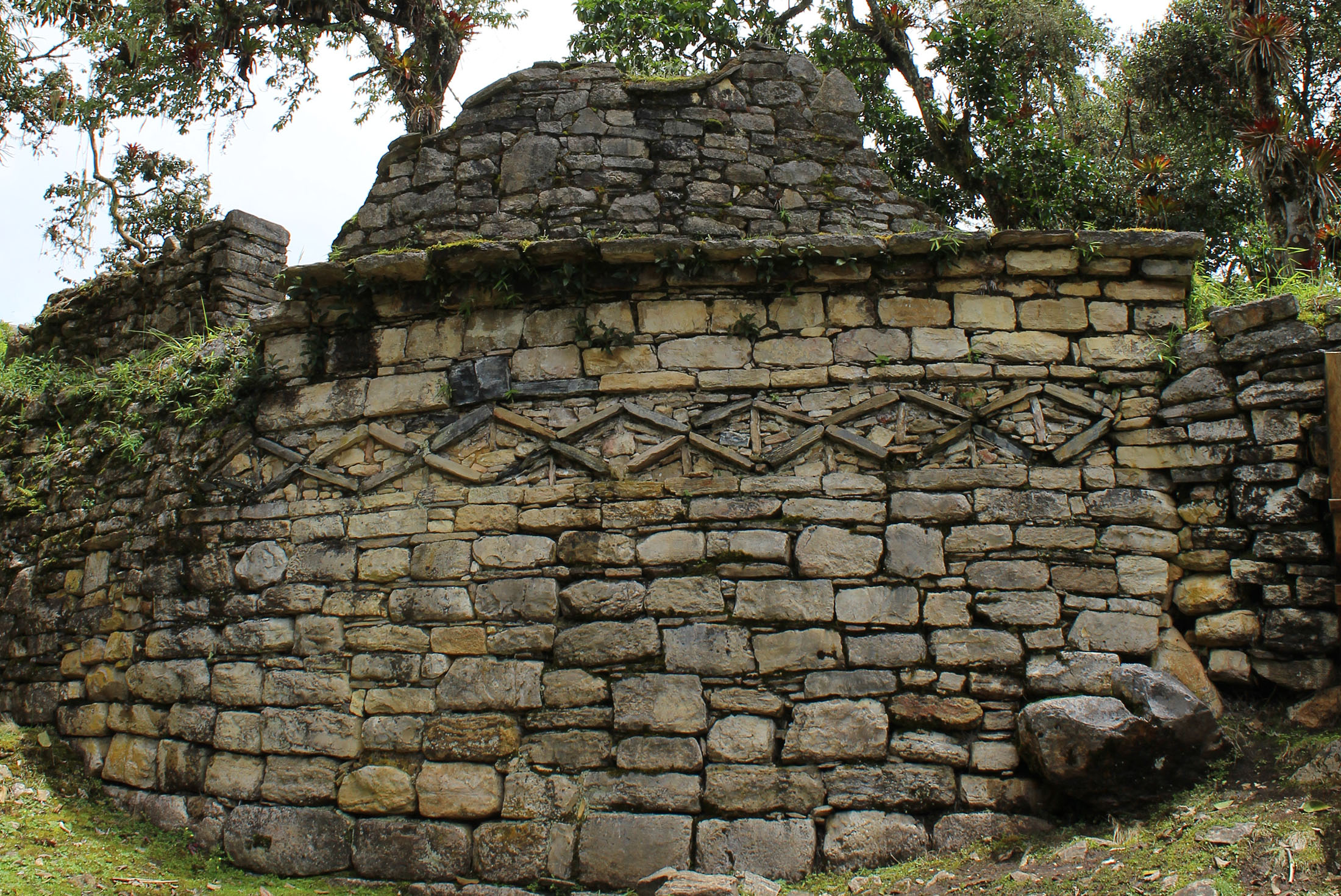 Welcome to Lima, capital of Peru. This adventure begins with a 2 pm meeting at your hotel – please ask the hotel reception for more information regarding this meeting or keep an eye out for a note left on the noticeboard. Your leader will be collecting your next of kin and insurance details, so please have these ready to provide upon your arrival. Begin your adventures through Lima with an orientation walk through the Miraflores and Barranco districts, taking in splendid views of the colourful streets, lush green landscapes, quaint bridges and unhindered ocean views. Keep a camera ready for snaps of the phenomenal buildings, created with influences of authentic Peruvian republican and traditional gothic architectural styles as you wander through the flower-covered parks.

After enjoying a late morning to explore the city further, depart by plane to the high jungle city of Jaen. Touch down, then embark on a 3-hour drive to Chachapoyas.

Spend the day hiking through the Amazonian Andes on a hunt for the Gocta Falls. In May 2005, a German economist by the name of Stefan Ziemendorff stumbled upon the falls while hunting for pre-Inca ruins. The following March, Ziemendorff announced his "discovery" of the third largest waterfall in the world – the locals had already known of the falls, but due to a combination of social isolation and a somewhat more humble view of the location, they never told anyone. Conditions on the hike can vary; some times of year see the mountains cloaked in mist and rain, resulting in a cascading force emanating from the falls, whereas other times of the year result in sunshine breaking over the canyon peaks and a more wispy flow. Regardless, the sheer green from the forest surrounds combined with the height of the falls results in a memorable hiking experience, full of great photo opportunities. After returning to the lodge around midday, enjoy a free afternoon.

Kuelap is one of the most important archaeological sites of the Amazonian Andes. It forms an architectural group of stone characterized by its monumentality, boasting a great artificial platform that sits on the crest of rock in the top of the Hill Barreta. The platform extends for a massive 600 metres (1970 feet) and has as perimeter a wall that in some points reaches 19 metres (62 feet) in height. It’s been estimated that construction on Kuelap began around the 6th-century, coinciding with the rising Chachapoyas culture before occupation of the site crumbled in the face of the Spanish Conquest in 1532. Its colossal walls and complex interior architecture are evidence of a well-organized population, which includes administrative, religious, ceremonial and permanent residences. Canals that tap into mountain springs, artistic stone carvings and towering walls all point towards a culture who had an understanding of architecture, art and military/protective interests.

Travel today to the Karajia Sarcophagi and Quiocta Cave approximately 1 hour Northwest of Chachapoyas.  Karajia is home to a series of sarcophagi that stand up to 2.5 metres (8 feet) tall. These mysterious tombs are thought to be the final resting place of the highest officials of Kuelap. Whilst the mummies and their Worldly treasures contained within the sarcophagi have long since been taken by looters or archaeologists, they still stand in good condition, high up on ledges and cliffs with faces painted on the outside so the interred could look out over the valley below for eternity.  You will also get to visit the nearby Quiocta Cave, a series of subterranean chambers approximately 545 meters (1,788 feet) underground. These caves were also used in Chachapoya culture as burial sites. There are impressive stalactites and stalagmites within the caves along with bones of the long departed and bats. We advise bringing a headlamp for this part of the tour as there is no light in the caves.

Enjoy breakfast at the hotel, then drive back to the airport to take a lunchtime flight back to Lima. After arriving at around 3 pm, the rest of the day is yours to explore. Perhaps discover the historic handcrafts, gold and jewels of the Museo Larco, or maybe just head out for a final dinner with the group and toast a pisco sour together.

This trip comes to a close after breakfast and you're free to do what you wish.