Look for Bengal tigers and other wildlife on two safari excursions in Bardia National Park, where recent Nepalese efforts have resulted in tiger populations doubling since 2009.. Explore the faded beauty and mural-lined corridors of Chaurasi Kutia, a deserted ashram made internationally known after members of The Beatles resided there in the 1960s.. Watch the nightly Ganga Aarti ceremony unfold along the Ganges River in Rishikesh, gathering with the local community to watch this captivating ritual involving fire and music.. Discover the delights of under-touristed Lucknow, from the palatial grounds of the Bara Imambara religious complex to the rich, spice-heavy Awadhi food the city is famous for.

Take the road less travelled from Nepal to India on this 10-day tour. Despite beginning and finishing in two well-known cities – Kathmandu and Delhi – this adventure avoids the tourist crowds in favour of slices of authentic daily life. Look for Bengal tigers in the jungle during two safari excursions in Bardia National Park, where recent Nepalese efforts have resulted in tiger populations doubling since 2009. Explore the palatial hallways and gardens of Lucknow’s Mughal- and colonial-era buildings. Check out the murals of the Beatles that decorate a deserted ashram where they had composed some of their hit songs at in the 60s, then watch a fire ceremony along a clear and blue stretch of the holy Ganges River. 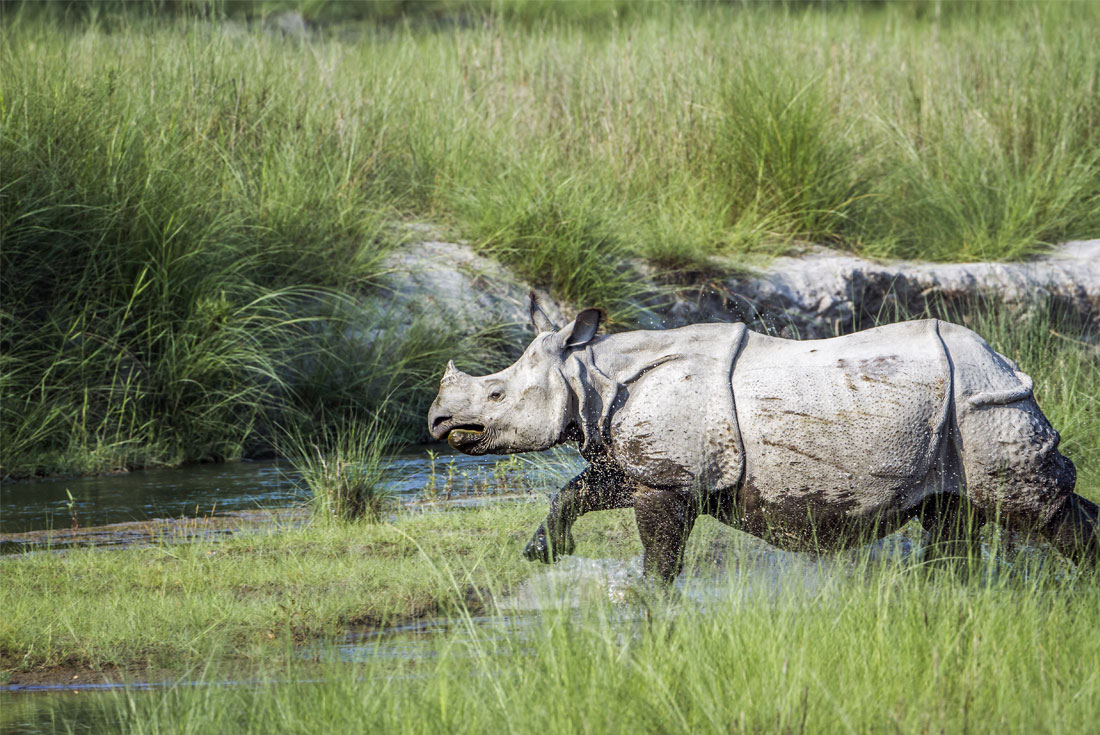 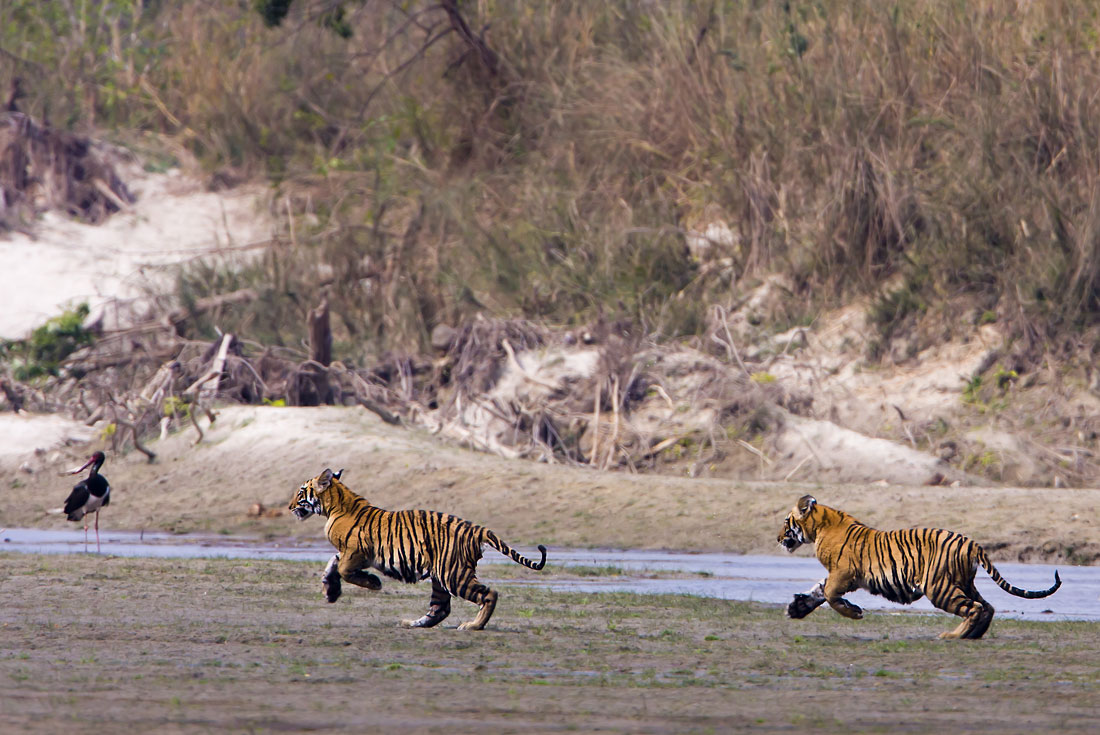 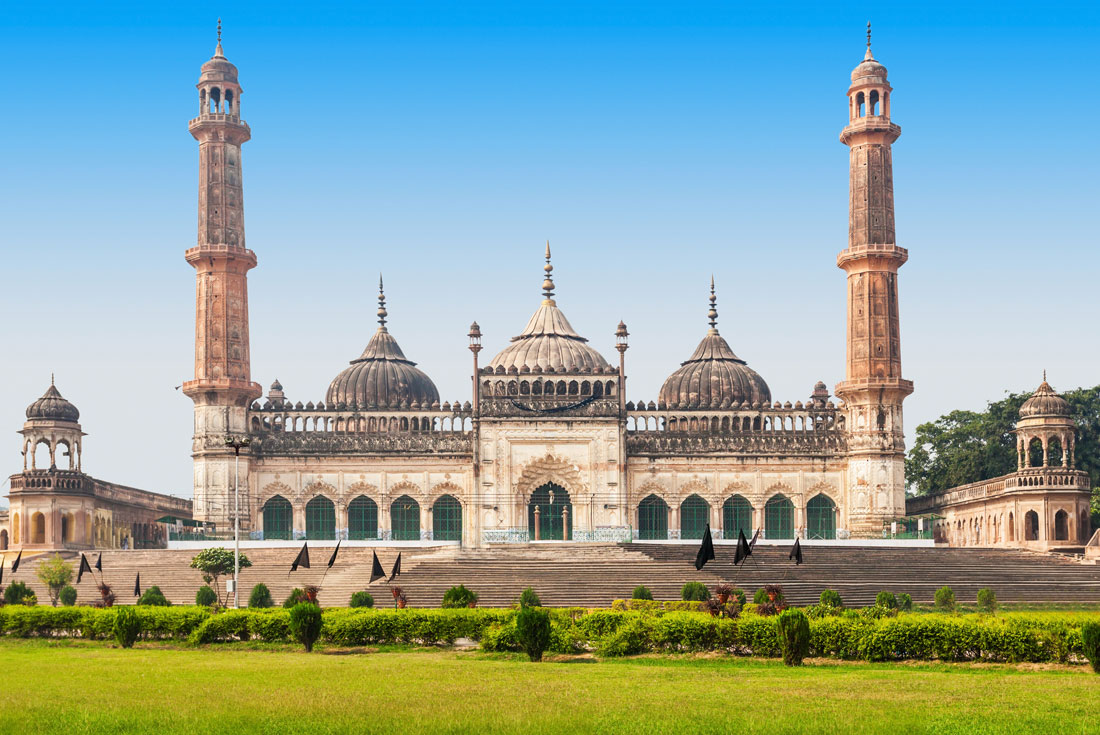 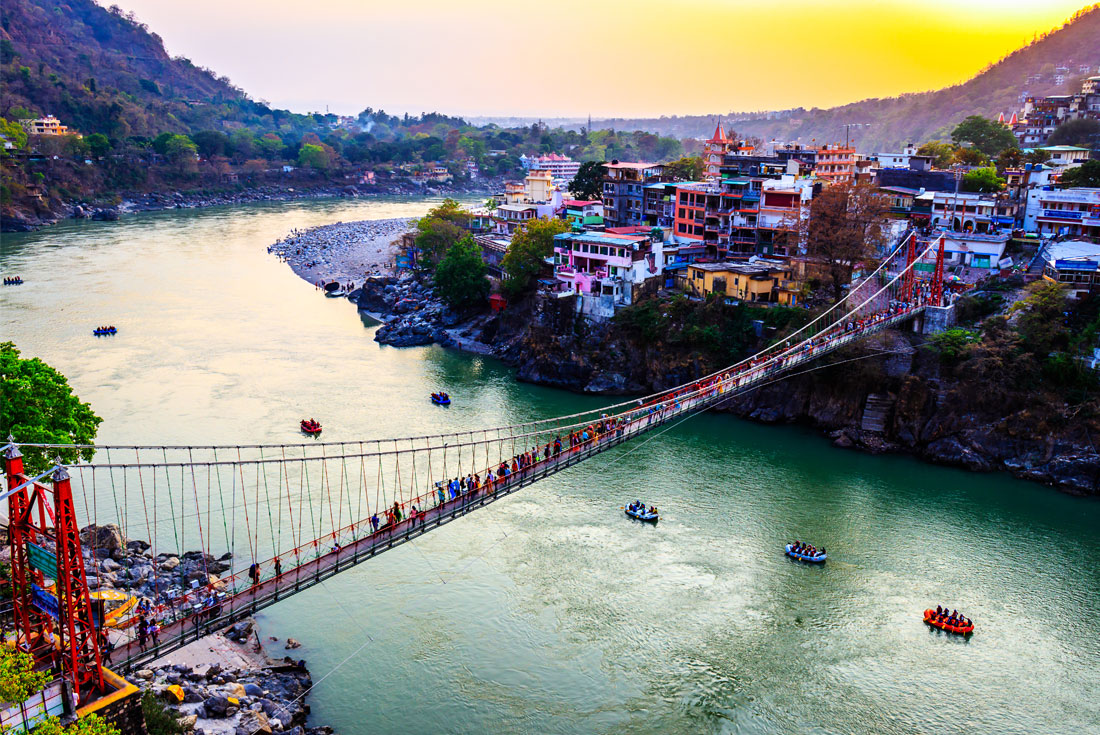 Welcome to Kathmandu! Your adventure begins with a welcome meeting. If you arrive with time to spare, you can get under the city’s skin quickly with an Urban Adventure like Cook in Kathmandu, a traditional cooking class full of fun and flavour. If you’d prefer to explore on your own, perhaps head out into the narrow streets – home to holy men, monks, bicycles, and sacred cows – and buy souvenirs or chill out with cool drink. Just remember you’ll have tour the city’s primary sights tomorrow with your leader.

Hit the streets on a walking tour with your leader. Visit the remarkable temple complex of Pashupatinath, the oldest Hindu temple in Kathmandu. The complex sits on the Bagmati River and it’s possible that while you are here you will encounter local people cremating their loved ones. This can be confronting for some travellers, but it’s undeniably a moving experience and your leader will be on hand to illuminate the practise for you. You will also see the Boddhanath Stupa, a massive stupa (one of the largest in the world) decorated with streams of prayer flags. Explore Swayambhunath (AKA the Monkey Temple), another temple complex that is filled with monkeys considered holy by Buddhist devotees.

Take a morning flight to Nepalgunj. If the weather is playing nicely, this is a great chance to check out the Himalayas from a unique vantage point. From Nepalgunj make the 1-hour drive to Bardia National Park. Settle into your riverside lodge and relax until this evening’s safari excursion. Once night falls (when the wildlife is most active) head out on a safari in search of rhinos, deer, monkeys, a wide array of bird life and (drumroll please) Bengal tigers. The World Wildlife Foundation recently announced that Nepal has almost doubled its population of wild tigers since 2010, making this the perfect time to try and spot them among the subtropical forest and grasslands.

Rise and shine for another safari, this time in the morning light. Look for elephants and gharial crocodiles on the shore of the river and let your guide point out the incredible array of birdlife and other creatures. After your safari, spend the rest of your day exploring or relaxing at your lodge. Bardia has become an example of how sustainable tourism can benefit both the environment and the people that live there.

Depart Bardia National Park and drive 1 hour to the Nepal—India border. Cross the border and continue to the delightfully named Lucknow (6 hours). On arrival set out with your leader on an orientation tour and get your first glimpses of its parks, mosques, palaces and other monuments – completed in a mixture of architectural styles. The rest of the afternoon and evening is free for you to explore at your own pace. Lucknow is more than just it’s Mughal and colonial-era buildings. Perhaps head out tonight to try some of the famous rich Awadhi food the city is famous for.

Head to the Bara Imambara, a religious complex for Twelver Shia Muslims that embodies the opulent design of the Moghul era. Spend some time exploring the vast halls, gardens and rooms of the complex. Continue to Sheroes Hangout, a social enterprise café operated by an inspiring female team of acid attack survivors. Sample some included tea and snacks and learn a little more about their stories and perseverance, plus the work they do through the cafe. Then choose whether to join an optional excursion to the Chota Imambara, another Shia Muslim complex with elaborate buildings and intricate design (though less grand than the one visited this morning). In the evening, board an overnight train to Rishikesh, a journey which will take about 13 hours.

Arrive in Rishikesh in the morning and set out on an orientation walk with your leader. Hugging the snaking Ganges River, Rishikesh is a Hindu pilgrimage town known as the 'Yoga Capital of the World'. With colourful ashrams and temples lining the river, Rishikesh is also a very picturesque place to wander, even if you’re not seeking enlightenment. In the evening, head to the riverside to watch the nightly Ganga Aarti fire ritual unfold. Temple bells will begin to ring to signify the beginning of the captivating ceremony, which is both a form of worship and a chance for community congregation.

Pay a visit to the faded but mural-lined walls of Chaurasi Kutia, the ashram made internationally famous (long with Rishikesh by association) when the Beatles visited in the 1960s. Explore the crumbling beauty of the former ashram, now covered in graffiti related to the band and counterculture. Then choose whether to hit the waters of the Ganges on an optional whitewater rafting excursion. Unlike elsewhere in India, in Rishikesh the waters of the holy river are clear, clean and safe to swim in. Spend the afternoon and evening doing whatever you please in the city that wears its spirit on its sleeve.

Spend a day doing whatever you feel like in Rishikesh. It’s an awesome place to look for souvenirs or take a sitar lesson. If the vibe of the town has got you craving something a little more (inner) peaceful, perhaps choose from one of the many, many yoga or meditation classes on offer. Ask your leader if you want help sorting the fakes from the true devotees. In the evening, board your train to Delhi (approximately 5 hours).

Your adventure through India comes to an end today and you are free to depart at any time after checking out. If you plan to stay on in Delhi (a good choice), then a good way to get started exploring the city is by booking an Urban Adventure. With everything from walking tours that follow the footsteps of Gandhi to a cooking lesson in the home of a local, Urban Adventures is perfect for getting under the skin of a city that be intimidating to foreigners.