Need a bit of something more than lying on the beach in Okinawa? This trip offers a great variety of different experiences unique to Okinawa.. Visit the underground Former Navy Headquarters in Naha and learn about a battle that left a deep scar on the island’s history.. Learn a few karate moves from a local master, a form of martial art that’s believed to have originated in Okinawa.. Taste-test your way through healthy and delicious Okinawan cuisine, one of the reasons behind the longevity of the Okinawan people.

Embark on an ultimate Okinawa journey – a special group of islands that lie to the southwest of Japan. Being so far away from the main islands of Japan, Okinawa has always been considered an exotic destination even in Japan. With its distinct culture inherited from the Ryukyu Kingdom, yours will be a journey full of adventures both culturally and physically. Walk through the lively Makishi Market, visit the former underground headquarters of the Japanese Navy and learn a few karate moves in Naha. Travel to Ishigaki, part of the remote Yaeyema Islands at the southwestern point of Japan. Ride on a glass-bottom boat, snorkel with manta rays and cycle around charming Taketomi Island. Hike through dense virgin jungles and canoe mangrove-lined rivers in Iriomote. This is an expedition that doesn’t disappoint! 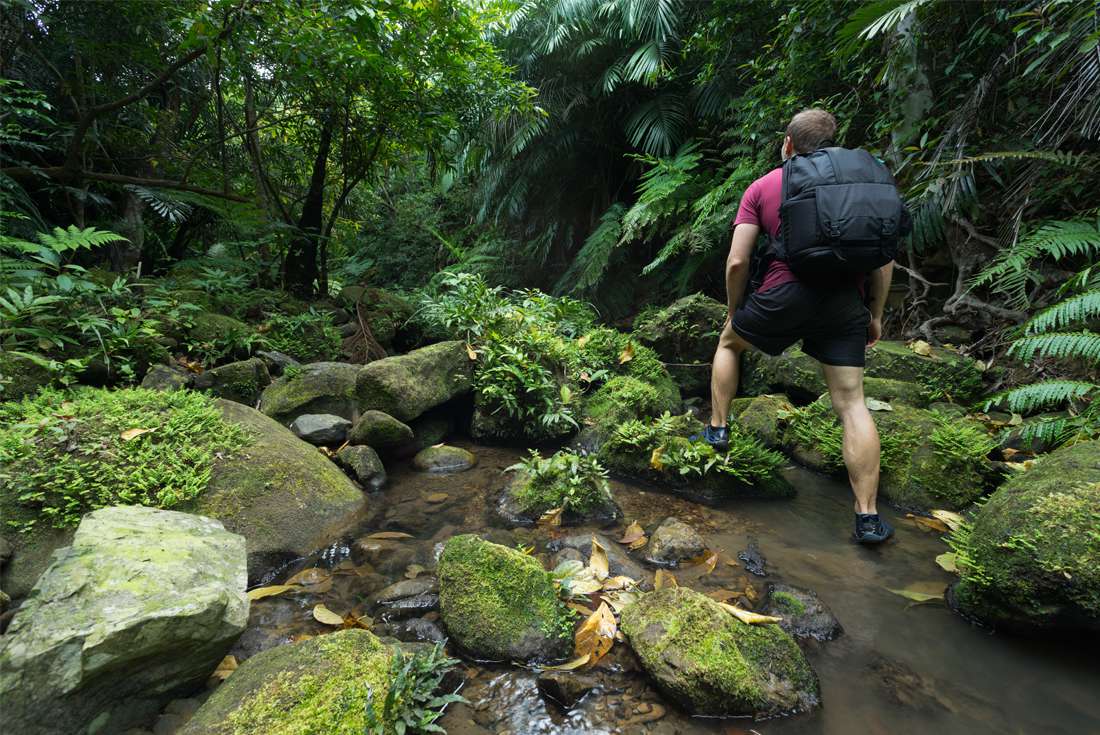 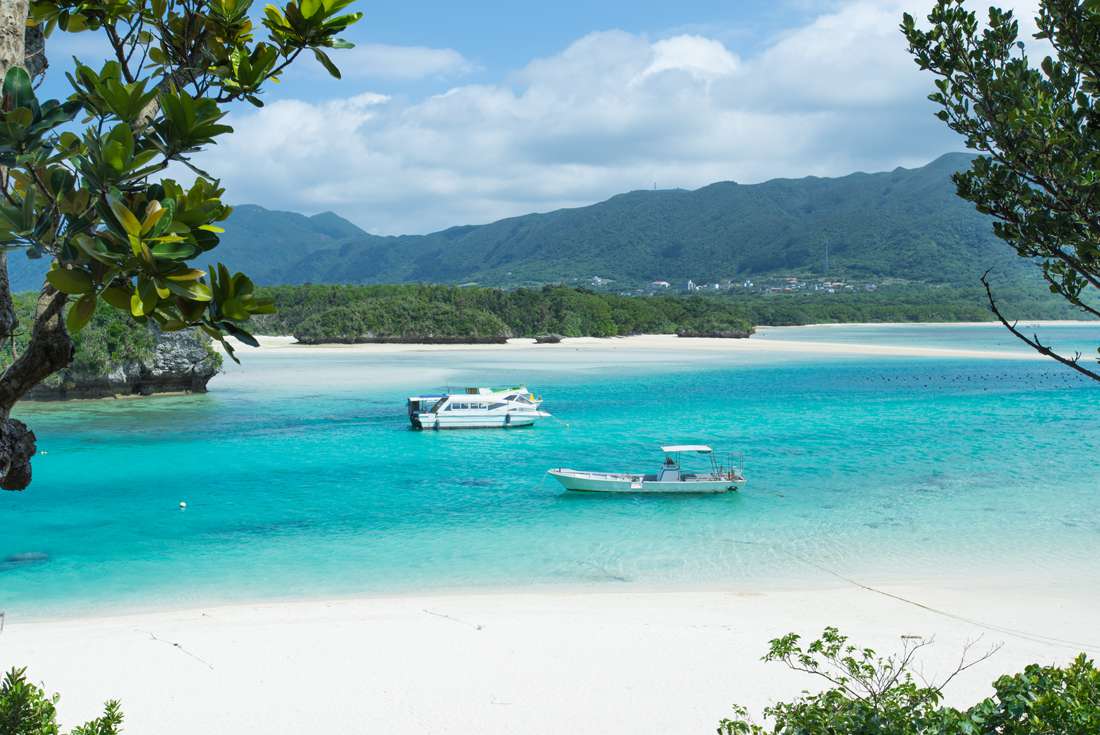 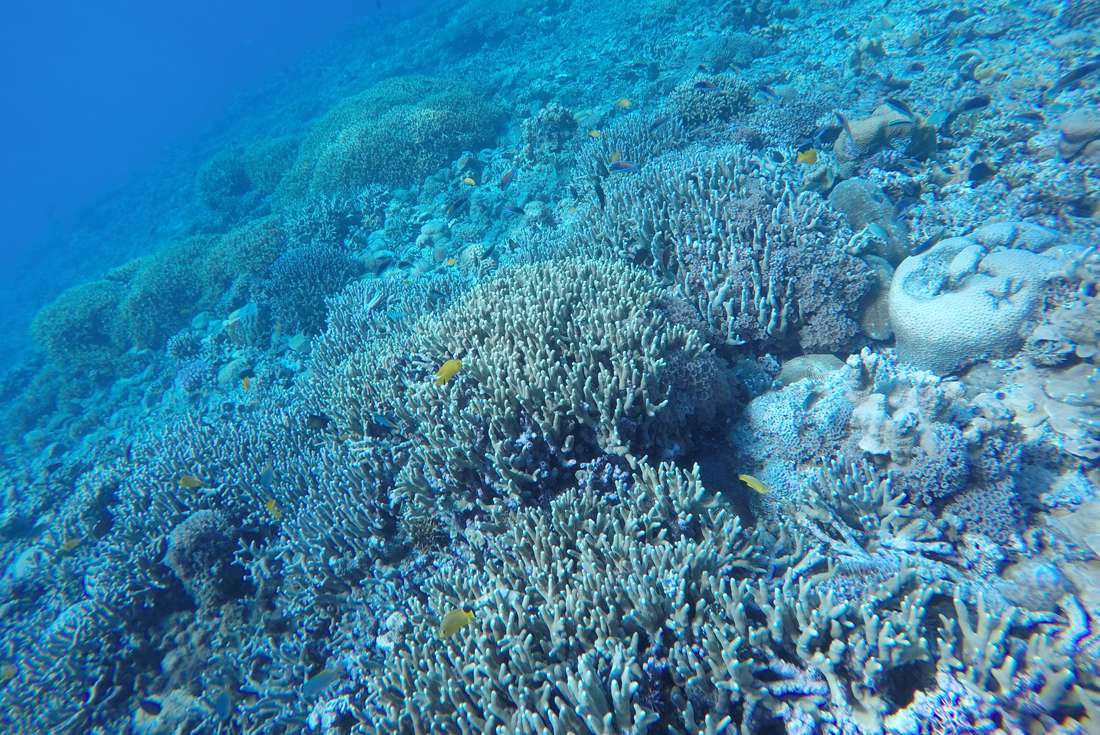 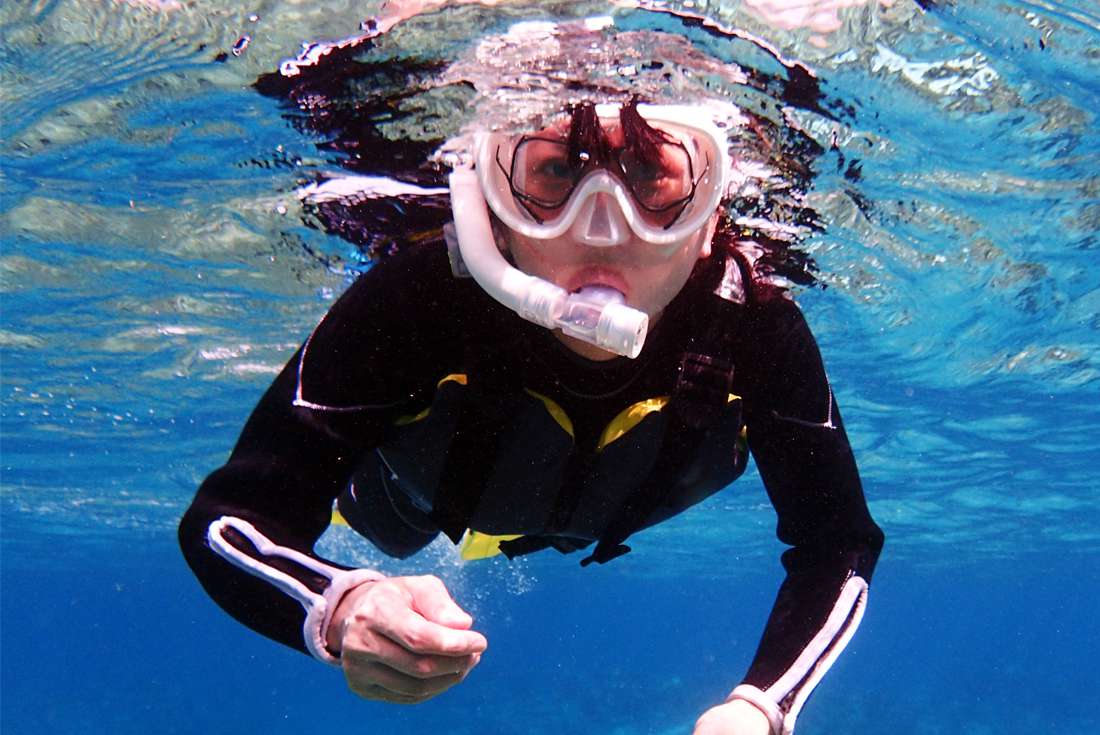 Naha, Okinawa’s prefectural capital. You can arrive at any time during the day, as there are no activities planned until this important meeting. Please check with hotel reception or look on the reception noticeboard for where and when the meeting will take place. If you're going to be late, please inform hotel reception. Have your insurance and next of kin details on hand as we'll be collecting them as well at this meeting. Afterwards head out for an optional dinner at Kokusai Doori (International Boulevard). The city’s main artery, Kokusai Doori is a 1.6km-long stretch of bright lights and neon where you can sample some typical Okinawan cuisine, browse some local souvenir shops or stop by a bar or two. The street was originally named after the former "Ernie Pyle International Theater", which was established after the end of World War II with the arrival of the American occupation forces and the first influences of western culture.

As World War II drew to a close, Okinawa’s main island (where Naha is located) became the site of one of Japan’s bloodiest wartime conflicts. In the Battle of Okinawa, the island was used as defence against the advancing Allied Forces. Today, you'll learn about this sobering part of Okinawa’s recent history by visiting the Former Navy Underground Headquarters, an extensive maze of underground tunnels that served as the Japanese Navy's base. You'll see the underground walls and rooms pockmarked by shrapnel blasts and gun shots. In the afternoon, get ready to take on one of the most ancient martial art forms originated in Okinawa - karate! Word is that karate dates back to the times of the flourishing Ryukyu Kingdom (an independent kingdom that existed in Okinawa in the 15th-19th centuries) when the martial art was developed and refined by the retainers of the local kings as a form of protection. Don traditional karate gear and learn about its philosophy, rituals and moves from local karate instructors. In the evening, Daiichi Makishi Market is a great place to make up for all the sweating and shouting from your karate lesson. A fresh-food market which originally started life as a black market in Okinawa’s post-WWII years, you can purchase fresh produce from the vendors and have them cook it in front of you for a small fee in the food hall on the second floor, or alternatively sample some traditional Okinawan food from stall-holders.

Get ready for an early flight to remote Ishigaki (1 hour). Ishigaki is the main island of the far-flung Yaeyama group of islands, located at the most southwestern point of Okinawa and the Japanese archipelago. Famed for its beautiful white beaches, Ishigaki is a literal paradise for those who love snorkelling and swimming or exploring lush landscapes. The small town of Ishigaki is the main hub for all the Yaeyama islands and is where the airport and ferry terminal are located, as well as a good range of restaurants and hotels servicing travellers to the islands. On arrival, head to emerald-coloured Kabira Bay directly from the airport on the local public bus. Hop on a glass-bottomed boat here to view the rich reef life below the water’s surface. Then return to Ishigaki where you have the afternoon free to explore this compact but interesting town. You may like to visit Yaeyama Museum, a small museum which has exhibits on the history and culture of the island, or the privately-run Nanto Folk Museum. Alternatively, Miyara Dounchi, an historic villa with a small garden built in 1819 by a former nobleman of the Ryukyu Kingdom, is also worth a visit. Ishigaki is also famous for its lush mountain interiors and farming lands – sugarcane and pineapples are a common sight as are the Yaeyama palm trees – a palm tree variety that only grows on the Yaeyama islands of Ishigaki and Iriomote. Ishigaki is also home to grazing herds of the Ishigaki-gyu (a type of wagyu cattle found on the islands). For those who want to engage further in the island’s cultural life, a visit to the Ishigaki Yamai Village, a government-registered cultural heritage site, is also recommended. Here you can participate in the Ya Ashibi Show and learn more about Yaeyama island culture, create your own Yaeyama folk art or dress in the traditional Okinawan kimono (extra fees apply in addition to the entrance fee). If you’re feeling adventurous, you may like to take an optional nighttime kayaking trip on a tranquil bay located in the western corner of the island. The view of the night stars and the moon’s reflection on the bay are breath-taking (dependent on the right weather conditions, of course!).

Today enjoy a snorkelling trip to Manta Point, one of the best spots in Japan to see schools of manta rays in their natural habitat. You travel to the northern part of the island, where you’ll be trained in the basics of snorkelling before heading out by boat to the point. We’ll spend around an hour at the point, and as this activity caters for swimmers of all levels, you can spend the whole time in the water or relaxing on the boat. This is a great chance to view beautiful coral sea-beds and watch graceful manta rays glide by in an emerald green sea. We then head back to shore for lunch, before returning to Ishigaki in the late afternoon.

A mere 15-minute ferry ride away is Taketomi Island, a tiny island located off the western point of Ishigaki. A living museum of traditional Ryukyu culture, local residents have banned signs of modern culture such as the ubiquitous convenience store. You’ll walk narrow lanes and crushed-coral streets lined with the traditional one-storied houses with their characteristic red-tiled roofs with shiisa statues to ward off evil spirits. And you’ll jump on bicycles to further explore the island. Cycle to Nagomi-no-to Tower, located in the centre of the village, and climb the narrow stairway for a view of the island. Then head off to some of the island’s sandy coves and rocky outcrops, passing by slow-moving water buffalo-drawn carts on our way. If you don’t fancy exploring by bicycle, hop on a buffalo-drawn cart instead for a leisurely circuit of the island (optional). If you’re lucky, the driver may launch into an Okinawan folk song as you plod along! In the afternoon, you’ll return to Ishigaki Island.

In the morning, you’ll depart Ishigaki by ferry for the island of Iriomote (about 1 hour). Iriomote is famous for its intact subtropical jungles and mangrove swamps – unfortunately, some of Japan’s last. Around 90 percent of the island is covered by virgin jungle and mangrove forests and today is your chance to fully experience the island’s precious natural environment. On arrival, be prepared for a full-day canoe and trekking tour through the mangrove-lined Urauchi River, and visit Pinaisara Waterfall which has a vertical elevation of 55 metres, the highest in Okinawa. You’ll need a moderate level of fitness to enjoy the 2-hour return hike through steep lush terrain to the top of the waterfall and some spectacular views and the 1.5 hours of canoeing along slow-moving rivers. Iriomote is also home to the Iriomote Yamaneko, an endangered indigenous wildcat with numbers allegedly around 100. Only recently discovered in 1965, it is only found on Iriomote. As a nocturnal endangered animal, the chance of spotting one is very low, but you’ll have the opportunity to learn about the animal and its habitat. In the late afternoon, you return to the hotel and enjoy some free time.

Enjoy a well-deserved free day on beautiful Iriomote Island. Relax, explore or join one of the many eco-tourism activities - today is yours to spend as you like. You might like to take a trip to Yubu Island. Easily accessed from Iriomote by a water buffalo-drawn cart, the island is like a fully contained subtropical garden with palm trees, fruit trees and over 30 varieties of hibiscus. There is also a dedicated Bougainvillea garden, butterfly garden and shell house. Or you might like to visit Hoshizuna-no-Hama Beach on the northwestern tip of Iriomote. A great place for snorkelling, it’s also famed for the grains of sand shaped like tiny stars (or more correctly, dried marine protozoa skeletons!) that make up the beach. Alternatively, for those interested in natural history and animal conservation, a visit to the Iriomote Wildlife Conservation Center is highly recommended. The centre also acts as a refuge centre for Iriomote Yamaneko wildcats rescued after being hit by passing traffic, and you can view the wildcats through live video and find out more about them through a documentary film. There are displays of other animals indigenous to Iriomote at the centre as well.

Return to Ishigaki and enjoy your last free time in town. Maybe get together for a final optional dinner with your fellow travellers. Perhaps try the traditional dish of Okinawa-soba, made from thick wheat noodles and served in a pork broth, or the many other varieties of Okinawa-style noodles. Ishigaki also offers various wagyu dishes made from local Ishigaki-gyu cattle. And there’s no end of tropical fruits and vegetables to try. Healthy eating and the quality of food found on Okinawa are said to behind the famed longevity of the Okinawan people – and indeed goes back to the traditions of the Ryukyu royal court.

There are no activities planned today and you can depart at any time.